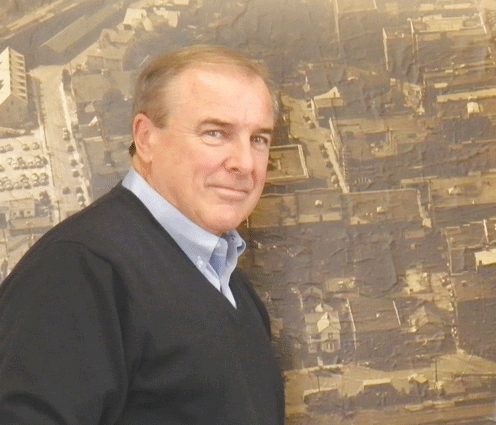 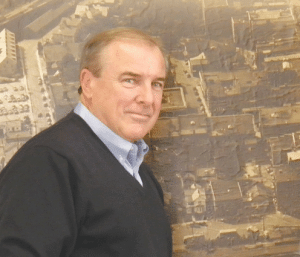 Patrick Goggins, owner of Goggins Real Estate, says the resiliency of the Northampton commercial real estate market is no accident — it results from the city’s welcoming atmosphere.

John Williamson says Northampton has a magnetic quality that draws a broad spectrum of people to its businesses, restaurants, retail shops, and entertainment venues. And that quality has allowed commercial real estate not only to weather the economic downturn, but register unprecedented growth over the past two years.
“It’s so far and away from other markets, there really is no comparison,” said the president of Williamson Commercial Properties LLC in Springfield.
Steve Jasinski agrees. “The Northampton area seems to have been isolated from the downturn in the economy, it didn’t suffer the same pitfalls that occurred in other areas,” said the broker at Delap Real Estate LLC in Northampton and Amherst, explaining that the city’s economic and social diversity, strong employment base, and unique character of its downtown have provided a formula for success that is reflected in the value of commercial property.
But Patrick Goggins, owner of Goggins Real Estate in Florence, who has been in this business for more than 40 years, says the steadiness of the market is no accident. Instead, it results from a collective commitment on the part of business owners who have devoted time, energy, and thought to creating an atmosphere that is personal and welcoming to visitors.
He told BusinessWest the reason for Northampton’s success is fairly simple. “People are doing their own thing, but many businesses on Main Street are run and managed by owners who are here day in and day out. It adds a personal touch, which brings with it personal attention and gives them a better chance of succeeding and understanding the community and its needs. They know that connecting the dots is important, so they are a very active group, and when they see something is needed, they pitch in.”
Officials at Smith College have also joined forces with business owners to keep downtown vibrant, and have played a significant role in its financial success. “The town and gown works well here,” Goggins said, adding that the college has supported the Chamber of Commerce, Business Improvement District, Academy of Music, the new fire station under construction, and other organizations that play a role in the city’s unfalteringly robust economic climate. 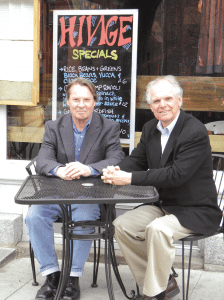 Jasinski said the five colleges and the fact that many Smith College graduates choose to return to the area, adds to the vitality.
“People leave here and talk about the diversity of Northampton — we’re known throughout the country and you can go to different parts of the world and mention the city and people recognize the name,” he noted. “But people have been key to its success and keep the economy going.”
Downtown and King Street are home to most of the commercial real estate, and two new banks, three car dealerships and other businesses recently opened their doors or are under construction on King Street. “It’s our commercial strip,” Jasinski explained. “And it isn’t just growing, it’s booming.”
Williamson agrees, and points to new developments such as Northampton Crossing, (the former Hill and Dale Mall), which sat vacant for about 20 years, but was purchased two years ago and is being re-developed into medical offices and retail shops. “King Street plays an important role in the balance of the Northampton commercial market,” he said.
Signs of vitality can also be seen at the gateway to the city, which officials designate as the area off Exit 18 from I-91 near the Clarion Hotel. A new 30,000-square-foot office building was completed there about a year ago.
“It was fully leased three months later,” said Williamson, adding that a second, similarly sized building is under construction. “There is not another office market anywhere in Western Mass that has this amount of positive absorption.”

New Frontiers
Goggins said that when he was a student at UMass Amherst, the businesses in downtown Northampton existed to serve the needs of the local community.
“In the late 60s, there were five men’s clothing shops and five hardware stores downtown,” he recalled, adding that the marketplace catered to men.
Fast forward to the early ’70s, when Fitzwilly’s restaurant opened and proved that it was possible to have a business that could cater to both college students and their parents.
“It was a new marketing concept for the area,” Goggins said, noting that it was the catalyst that changed the complexion of the downtown landscape. “But the interesting part is that it was not something that was promoted or orchestrated. There was no magic plan; it just evolved naturally through entrepreneurship. But it took people with nerve to open businesses here.”
In time, it became fashionable to have an office downtown, which led to a demand for housing there, Goggins recalled.
Jasinski said the large number of residences in and around Main Street contribute to the economy and strength of the city. “One of the key components to the success of downtown is that it is a neighborhood,” he told BusinessWest.
However, Goggins said the character of the buildings has remained the same for generations. He noted that in the mid ’70s the city council voted 5-4 against urban renewal at a time when other communities were embracing it and knocking down buildings in blighted areas.
“It was a very, very important vote and presented the base from where we have grown,” Goggins said. So, although apartments and condominiums were carved out of underutilized space on the upper floors of buildings, “they never changed architecturally, although they have been enhanced.”
He cites education as the primary economic driver in the city and said it has been a steadying force.
Jasinski concurs, and adds healthcare to the conversation. “We have great employers here, and jobs create a strong economy,” he said, as he talked about the five colleges and Cooley Dickinson Hospital. “And anyone who comes to Northampton seems to fall in love with the city due to our diversity, uniqueness, and the warmth of the community. You can walk down Main Street to Smith College and go through the gardens and greenhouse and around Paradise Pond. There is a lot to do and people are key to the success of the economy as they keep it going.”
It is also significant that rents have not risen significantly. “I am renting some spaces for the same price per square foot that they went for 10 years ago,” Goggins said.
But that doesn’t mean they are low. Downtown rents range from $25 to $40 per square foot, with locations closest to Thornes Market on Main Street capturing the high end of the market.
“The average is about $25 per square foot, which is comparable to what you would find in much larger cities,” Goggins said. “There isn’t even a close comparison anywhere else in the area.”

Changing Landscape
King Street is experiencing rapid commercial growth due to zoning changes instituted two years ago. “It was the only area where there was available land, but it was not conducive to commercial development so in the past people couldn’t take advantage of it,” Goggins said.
The change resulted from efforts on the part of the City Planning Department, the chamber, a group of residents, and a number of individuals, including Goggins, to position that area for growth.
Since that time, auto dealerships and other businesses have sprung up and continue to grow. “There are really only two parcels left that are right for development,” Goggins said. “The growth there has been a real eye opener for people.”
Williamson said King Street plays an important role in the balance of Northampton’s commercial market and allows institutions such as banks to have drive-up windows, something that’s not possible downtown. “There are two new auto dealerships under construction and Baystate Medical Center plans to have a medical clinic at Northampton Crossing. Most of the space there has already been pre-leased,” he said.
Another development that has been well received is the River Valley Co-op at the extreme north end of King Street. “It does a really bustling business,” Williamson said.
Goggins told BusinessWest that the city Planning Department is also interested in developing the corridor off Exit 18 on I-91. Cooley Dickinson Hospital is one of the primary tenants in the new office building there, and he expects the site that is under construction to be dominated by medical offices.
Meanwhile, property on Village Hill, built on the grounds of the former Northampton State Hospital, has also been in demand. L-3 KEO (formerly Kollmorgen) relocated there from King Street, a boutique hotel is being created in a building that once housed male attendants at the state hospital, and 9,000 square feet in a new 12,000-square-foot office building under construction are already under lease.
Goggins played a role in the revitalization, and said 150 of the 300 housing units planned for the site are complete and there are plans for several more buildings, which will contain a combination of office, industrial, and retail space.
The site is only three quarters of a mile from downtown, and although most tenants and building owners have been downtown for a long time, real estate opportunities do exist. The building on Main Street that housed the Mountain Goat is for sale, and a building across the street was recently sold to an individual who plans to renovate it.
“There is a lot of demand for property to lease as well as buy,” Jasinski said, adding that businesses often open on side streets, then add a second location on Main Street or eventually move there.
But real estate doesn’t come cheap. “A high end multi-tenant building in downtown Springfield that was fully occupied recently sold for $41.25 per square foot, where a similar building in Northampton would cost in excess of $200 per square foot,” Williamson said. “That really illustrates the difference between the Northampton market and other central area district markets. But the amount of availability is just about perfect, and there is just the right amount of churn. There is not so much vacancy that it is a deterrent to the market, but there is enough to satisfy the requirements of businesses as they come into Northampton for the first time.”

Bright Outlook
Williamson said the demand for commercial space indicates there will be a need for additional construction in the city. “The future bodes well for continued office development, and people can expect to see the announcement of other developments in the next year. Plus, values on Main Street will continue to appreciate at very respectable rates,” he predicted.
Goggins agreed. “The image of Northampton is consistent as it is an oasis that people like to come to,” he said. “So, the value of property has held up, which is an indication of how solid the community is. It has been able to prosper and ride out the cyclical downturns because the real estate market is directly related to the perception of Northampton from the outside in.”
Which continues to be a magnetic force that lures visitors from the local area and beyond. 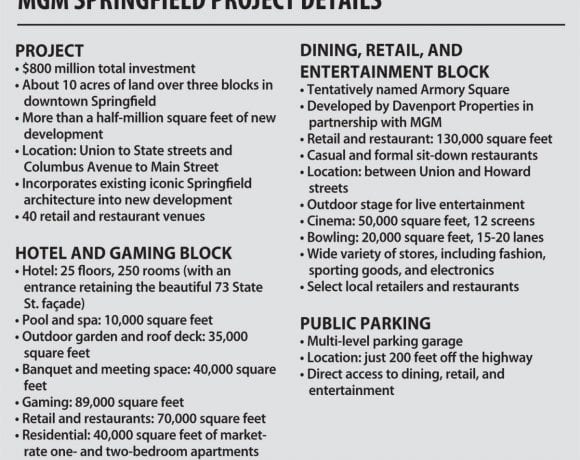 LinkedIn or Left Out? 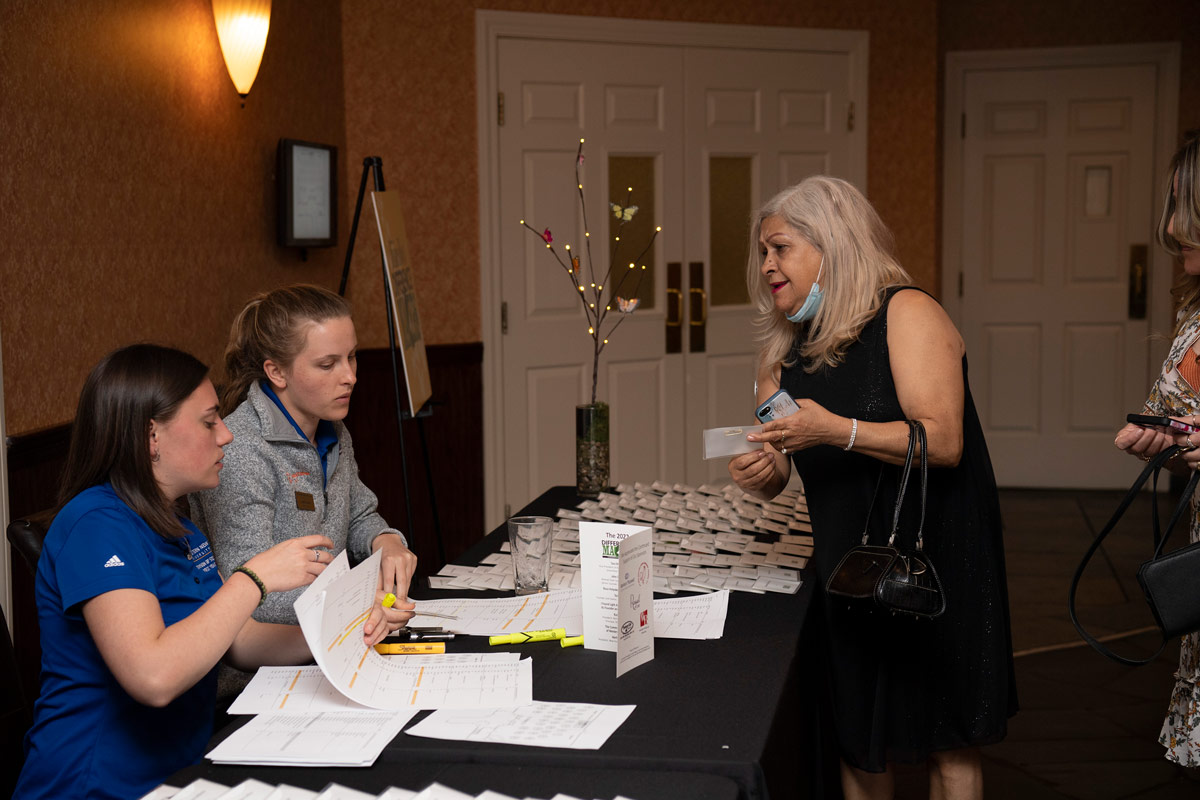 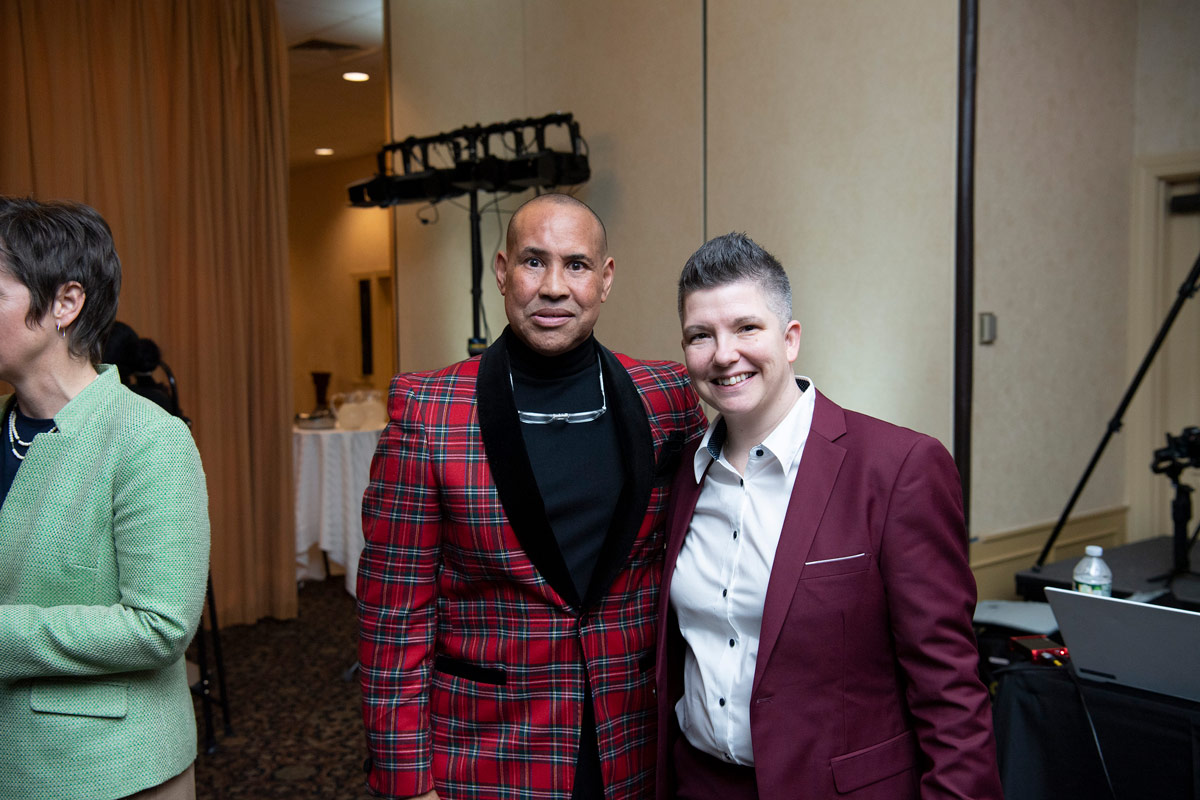 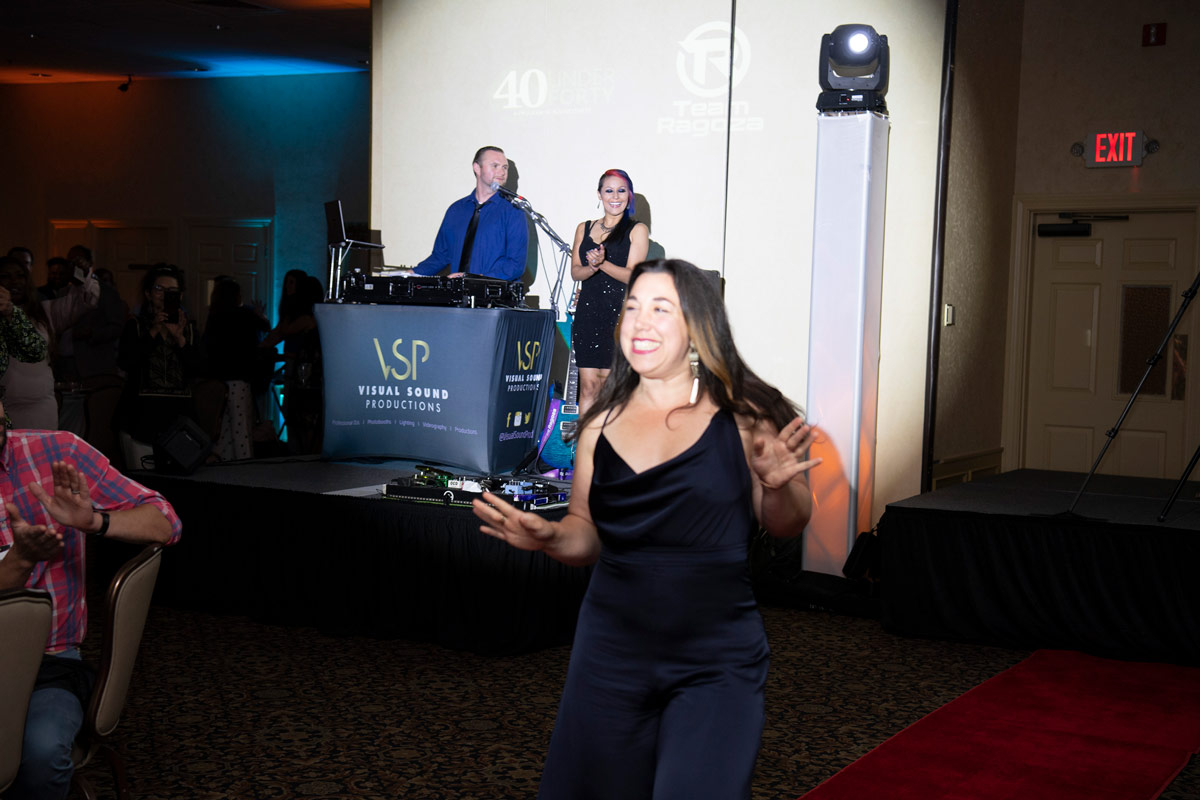