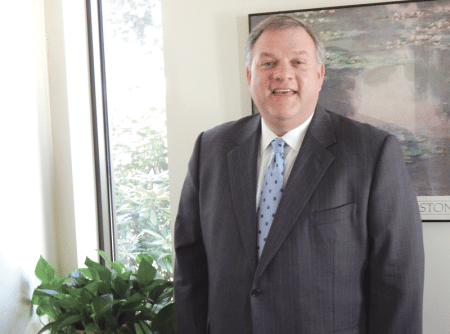 Steven Marcus says many elders in nursing homes suffer from undiagnosed depression that can lead to death.

Steven Marcus folds his hands and leans forward as he talks about his mission in life.

It is profound, and centered on an issue few would attempt to tackle: finding people in nursing homes in Massachusetts who suffer from depression or mental illness and getting them the help they need.

It’s a subject close to Marcus’ heart, and an area in which he and his wife Renee have been highly successful. More than 15,000 people receive services every month from New England Geriatrics and its parent company, West Central Family Counseling in West Springfield, which they founded 22 years ago to realize his goal.

“We need to put the words ‘geriatric depression’ into people’s vocabulary. It’s not a dirty little secret; it’s a disease that kills,” he told BusinessWest.

Dr. Ricardo Mujica, a geriatric psychiatrist, addiction psychiatrist, and medical director of New England Geriatrics, says 20% of the elderly population have symptoms of mental illness that are not part of normal aging, but often go unaddressed due to medical or emotional biases.

For example, irritability is a sign of depression in elders, but many families wrongly attribute it to the aging process and think “grandpa is just a grumpy old man.” The problem is compounded by the fact that many physicians don’t have specialized training in geriatrics, so they are apt to miss or misdiagnose an elder’s depression or mental illness.

“Part of the definition of growing older is being a survivor,” Mujica said. “But the combination of multiple medical problems, frequent admissions to a hospital, and moves from one place to another can alter moods and coping skills and make it difficult for older people to stave off depression and anxiety. It’s very important to bring support to these people, especially if they are in nursing homes.”

He added that they are difficult places for anyone to adapt to, and this factor, combined with the fact that the person’s health is not optimal and they often need 24/7 care, put them at risk for anxiety and depression.

“But if their mood is stabilized and they begin to feel better, it becomes easier for them to cope with their situations,” Mujica said, noting that medication and psychotherapy can make a real difference, although antidepressants and related medications can affect elders differently than young people.

In addition, many elders have substance-abuse issues caused by loneliness and depression that their families don’t know about or don’t imagine possible. Mujica said women tend to turn to alcohol, while men take prescription drugs.

Jan Mitchell agrees that elders face a unique set of challenges. “As people age, they go through many transitions; their children leave home and move away, they develop medical problems, their friends pass, and their spouses die,” said the director of West Central Family Counseling, adding that any or all of these issues can lead to anxiety and depression. “Our goal is to assist them so what they are facing doesn’t become an all-encompassing issue which they feel they are powerless to change.”

Marcus became aware of the depression that troubles so many elders two decades ago. At the time, he was a seminarian, and although he loved bringing religious services to people in nursing homes, he noticed three things: the majority didn’t want to be there, they were rooming with someone they didn’t want to be with, and they disliked the food they were served.

The same complaints were voiced by prisoners he visited during a clinical rotation connected to earning his master’s degree in social work. The rotation took place at the former York Street Jail in Springfield after he left the seminary and took the advice of mentors Sheriff Michael Ashe and Springfield Technical Community College’s then-President Andrew Scibelli to continue his education in that field of study.

“People in both places were suffering horribly from loneliness and depression,” Marcus said, explaining that depression was not something people talked about at the time.

After he finished his degree program, he decided to turn his passion for helping elders into a business.

He and his wife Renee bought West Central Family Counseling from a psychiatrist and psychologist in Franklin and gave birth to New England Geriatrics, which operates under West Central at the same time.

Marcus says it wasn’t until the Affordable Care Act took effect that Medicare and Medicaid were willing to pay to treat clinical depression at the same rate they did for other diseases.

“We worked tirelessly with young Congressman Patrick Kennedy of Rhode Island, who was the chief sponsor of mental-health parity,” he said, noting that the combination of medication and talk therapy results in a 95% cure rate.

The typical patient that New England Geriatrics treats today is an 85-year-old, white, widowed woman on 12 medications with a high co-morbidity rate.

“They are the sickest and frailest souls in the Commonwealth,” Marcus noted.

Referrals often come from nursing homes and prompt a comprehensive team response; a psychiatrist, psychiatric nurse, and psychiatric social worker are assigned to each patient. The nurse ensures that the patient receives the optimal level of care and there are no adverse drug reactions or interactions with their current medications or anything new prescribed by the psychiatrist, but Marcus says the practice is to “start low and go slow with medications because you have to be very, very careful with this population.”

The social worker works with the patient’s family, which is important since the majority of the company’s clients in 150 nursing homes across the state have dementia. A neuropsychologist also becomes part of the team if the person’s competency or ability to live independently is in question, and that determination is often critically important to families who struggle with the decision of whether a parent or loved one needs to be moved from their home into an assisted-living facility or nursing home.

“It’s not uncommon for a person to have a fall at home, break a hip, and be sent to a nursing home, which will call us,” Marcus said. Another instance is when a senior’s behavior undergoes a sudden, radical change, which can cause them to become violent and be admitted to a hospital.

Marcus told BusinessWest the reason for a pronounced change in behavior can include medical problems, such as a painless urinary tract infection. But many elders suffer from problematic drug interactions, are overmedicated, and need a psychopharmacological review.

“It’s important to figure out what is wrong with the patient,” he said, adding that an in-depth review of medications can result in reducing antipsychotic medications prescribed to curtail troubling behavior.

But this revelation wasn’t arrived at suddenly, and when Marcus realized patients in nursing homes were becoming combative for no apparent reason, he reached out to Dr. Mark Folstein at Tufts Medical Center, who was classified as ‘the father of geriatrics’ after he created the Mini-Mental State Exam, which takes less than 10 minutes to administer and assesses the degree of a person’s dementia.

For the next two years, Marcus sent 40 patients a month with sudden behavioral changes, from all over the state, to Tufts Medical Center, where they were kept for 10 days. Each patient met daily with a psychiatrist, geriatrician, social worker, nurse, and psychologist who came up with a diagnosis and created a simple plan for their release.

“It was literally life-changing for the patients and their families,” Marcus said, adding that, in many instances, changes were made to the medications people were taking.

Since that time, New England Geriatrics has opened four similar programs at Holy Family Hospital at Merrimack Valley in Haverhill, Baystate Wing Hospital in Palmer, Nashoba Valley Medical Center in Ayer, and St. Anne’s Hospital in Stoughton. They provide a total of 68 geriatric psychiatric beds to care for elders who have dementia and a psychiatric illness, such as depression. They are kept for seven to 19 days, and educating families is a vital part of the program, especially since Marcus said many don’t know that Alzheimer’s is a terminal disease.

“Our whole world consists of educating and journeying with our patients and their families,” he said, explaining that they give families information about how the disease progresses and what to expect.

In addition to their business, Marcus and his wife have owned and operated three nursing homes and a hospice program. And although they have gone above and beyond achieving his initial vision, his focus is on the future.

He is concerned about the Baby Boomers who will retire in record numbers over the next decade, and wants to provide clinical services for them as he says depression and dementia go “hand in hand,” and white, widowed men have one of the highest suicide rates in the nation.

To that end, he plans to launch a new outpatient program in West Springfield focused on mental healthcare for elders, and a team of geriatric specialists has been hired to cater to their special needs.

“We want to identify problems before they become catastrophic and help any elder who is depressed, lonely, or withdrawn,” he said.

Mujica told BusinessWest there are three main predictors of healthy aging: being physically active, having a good social network, and having a sense of spirituality, which gives people hope and something to believe in.

But even if all of these factors are in place, aging can be difficult due to ongoing losses that people often need help coping with.

“When the life someone knew begins to slip away, it is our job to help them transition through their loss and develop a life worth living,” Mitchell said.

The new clinical services will make a difference, but it’s not enough for Marcus. He is on the board of directors at Westfield State University and has been instrumental in having courses in geriatrics added to the curriculum in the master of social work degree and new physician’s assistant program, which will start next fall.

“Roughly 10,000 people in this country will retire every day for the next 13 years, and geriatrics will become the next huge business,” he said. “But we need to address their issues early in the game. Families need to have a good, solid education about the problems their loved ones will face so we can stop their loneliness and depression.”

That’s both his passion and his quest: to bring hope, peace, and healing to a population whose suffering is sometimes overlooked — and often forgotten. 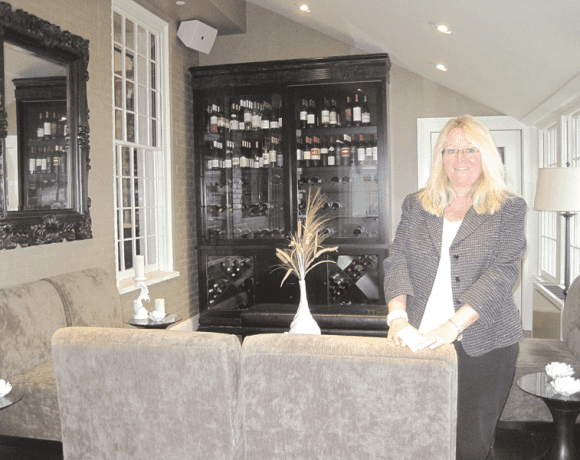