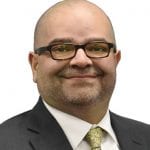 Gov. Charlie Baker recently appointed Hector Toledo, vice president and Branch Distribution Network officer at Greenfield Savings Bank, to Greenfield Community College’s (GCC) board of trustees. One of 11 trustees, he will replace former trustee Linda Melconian. Toledo joins the board with close to 30 years of experience in banking. Before joining Greenfield Savings Bank in 2018, he held executive positions at People’s United Bank, Hampden Bank, and Bank of America. Raised in Springfield, he has spent the past 25 years volunteering for numerous nonprofits. He is a board member and chair of the finance committee for Baystate Health, a board member for the Food Bank of Western Massachusetts, a former chairperson of the board of Springfield Technical Community College (STCC), and a board member of both the YMCA of Greater Springfield and the United Way of Pioneer Valley. Though new to the college, Toledo has served on boards alongside former GCC President Bob Pura, and is acutely aware of the life-changing impact community colleges have on the students they serve. An alum of STCC, he is of the first generation in his family to attend college. “One of the greatest qualities of community colleges in this state is the automatic support and hope given to students regardless of where they come from, their ethnicity, their gender, or their age,” Toledo said.

Viability Inc. announced that Don Kozera will serve as interim president and CEO following the recent death of President and CEO Dick Venne. “With decades of executive leadership experience, Don rejoins Viability to provide support and guidance for the organization,” said Patricia Robinson, vice president. “During this time, Don and the board will be collaborating to identify the future needs of Viability and how we continue to develop our organization better together.” 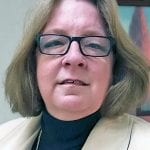 Karen Smith Wohlers has joined Smith Brothers Insurance and will be responsible for employee-benefits compliance and legal services. She has a strong background in human resources and compliance, which will complement Smith Brothers’ growing employee-benefits services in support of clients throughout the U.S. Previously, she was vice president of Human Resources and then chief operating officer at Square One. “Karen’s experience and impact with both nonprofit and for-profit organizations, as well as her compliance training and consulting work for the Employer Association of the NorthEast, will be a significant addition to our employee-benefits practice,” said Don Poulin, Employee Benefits practice leader at Smith Brothers Insurance.

Entrepreneurship for All (EforAll) Berkshire County ran its first All-Ideas Pitch Contest at the Berkshire Museum, awarding first prize of $1,000 to Kaitlyn Pierce of Binka Bear, a product that helps wean children off pacifiers. She also won the Fan Favorite award of $500. Second place prize of $750 went to Michelle Latimer and Leia Miller for their idea 413 Bubbly, a mobile prosecco/champagne business. Third place went to Erin Laundry of Bottomless Bricks, a building-block birthday-party business with a storefront in Adams. More than 100 members of the community came to support the new business ideas, where 11 individuals were invited to showcase and eight pitched their ideas. The contest judges were Evan Valenti of Steven Valenti Clothing, Jodi Rathbun-Briggs of Greylock Federal Credit Union, John Lewis of Sp3ak Easy Studios, Laurie Mick of PERC and the city of Pittsfield, Linda Dulye of Dulye & Co., and Lindsey Schmid of 1Berkshire.

Sarah Eustis, CEO of Main Street Hospitality Group, announced the appointment of H. Jackson Donoyan as vice president of Operations for the growing hotel-management company. As vice president of Operations, Jackson will work closely with Eustis and Main Street’s leadership team to oversee operations at each hotel property in the portfolio. He will focus on revenue generation, operational oversight, owner relations, talent development, and strategic growth. In addition, he is tasked with stabilization and development of the brand while also enhancing the overall guest experience and reinforcing brand standards. Jackson brings a wealth of industry ingenuity to Main Street Hospitality Group, including a background opening and operating newly constructed and renovated hotels. Most recently, he was the general manager at NYLO Providence Warwick Hotel in Warwick, R.I. Prior to that, he was a hospitality consultant in Boston and held positions as the director of Food and Beverage and director of Operations/interim general manager at both the Liberty Hotel in Boston and Hotel Viking in Newport, R.I. 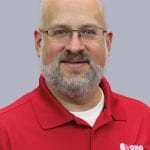 OMG Roofing Products hired Kevin Kervick as solar products business manager, reporting to Adam Cincotta, director of the company’s Adhesives/Solar Business Unit. In his new role, Kervick is responsible for developing and implementing a strategic plan for the company’s solar business, as well as for managing solar sales, product development, and profitability. For the past four years, Kervick has been a sales and marketing consultant, most recently working with the Spencer Brewery, a startup venture. Earlier, he was owner and chief Marketing officer for the Bassette Co., a commercial printing and marketing company based in Springfield. He holds a bachelor’s degree in business administration from Babson College.

Peter Reinhart, director of the Institute of Applied Life Sciences (IALS) at UMass Amherst, announced that six campus research teams have been named recipients of the first Manning/IALS Seed Grants. The awards will support next steps in their research, such as proof-of-concept studies, business development, and fundamental research into new products, technologies, and services to benefit human health and well-being. Earlier this year, alumnus Paul Manning and his wife, Diane, committed $1 million through their family foundation to establish the Manning Innovation Program, which provides three years of support in advancing a robust and sustainable pipeline of applied and translational research projects from UMass Amherst. The seed grants were awarded after a competitive process that narrowed 35 teams to six winners. Faculty researchers will receive not only seed funding of $100,000 each over three years, but also business training and mentorship from IALS, the College of Natural Sciences, the Berthiaume Center for Entrepreneurship, and the Isenberg School of Management, among others. The winning team leaders and their projects include Derek Lovley, microbiology, “Fabricating Protein Nanowires for Unique Sensing Capabilities”; Jeanne Hardy, chemistry, “Development of Potent Zika Virus Protease Inhibitors”; S. “Thai” Thayumanavan, chemistry, and Steve Faraci, “Pre-clinical Efficacy Evaluation of Liver-targeted, Thyromimetic-encapsulated IntelliGels for the Treatment of Non-alcoholic Steatohepatitis”; Neil St. John Forbes, chemical engineering, “Bacterial Delivery of Therapeutic Peptides to Treat Advanced Hepatocellular Carcinoma”; Shelly Peyton, chemical engineering, “GelTech to Enable Tissue-specific Drug Discovery and Help Eliminate Potential False-positive Hits from Screening”; and Madalina Fiterau Brostean, computer science, “4Thought: Unlocking Insights into Your Mental Health.” The Manning Foundation’s gift provides an investment in UMass Amherst as a partner of choice in advancing and applying knowledge and innovation for the betterment of society. 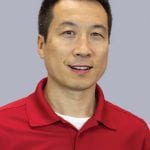 OMG Roofing Products announced that Kingbill Zhao has been promoted to director of Key Accounts and International Sales. He replaces Web Shaffer, who was promoted to senior vice president and general manager of the company’s FastenMaster Division. In his new role, Zhao will manage all sales and marketing activities of the company’s three key account managers, as well as the company’s international sales and its European and Asia market managers. He reports to Peter Coyne, senior vice president and general manager. Zhao joined OMG Roofing Products in January 2010 as the company’s first employee in Asia, and was instrumental in not only building its presence in China, but also in hiring the team in place now in China. Prior to joining OMG, he worked for the Chinese National Building Waterproof Assoc. as manager of the International Liaison Department. Earlier, he worked for North China Power Engineering Co. in Nigeria as commercial manager on a substation expansion project. He holds a bachelor’s degree from Beijing International Study University and is pursuing his MBA from Washington State University. He is based at the company’s Agawam headquarters.

Jessica DeFlumer-Trapp, vice president of Integration at Behavioral Health Network (BHN), recently received the Excellence in Care Integration Award at the Assoc. for Behavioral Health’s (ABH) annual “Salute to Excellence” event. In the two years DeFlumer-Trapp has served at BHN, she has been guiding the organization’s dramatic growth in medical integration and care management. Strategies to integrate behavioral and physical health are at the forefront of healthcare in BHN’s service area and in the nation. As BHN’s vice president managing behavioral and physical health integration, she is guiding new initiatives related to integration and population health. She was recognized by ABH for her ability to understand trends at the macro level as it relates to the evolving landscape in behavioral health, and bring concept and strategy to the implementation level. Prior to her current position, DeFlumer-Trapp served as BHN’s senior program manager of Population Health, where she charted the overall course of BHN’s population-health initiative, working closely with those in the areas of care management, pharmacy, health, and wellness. 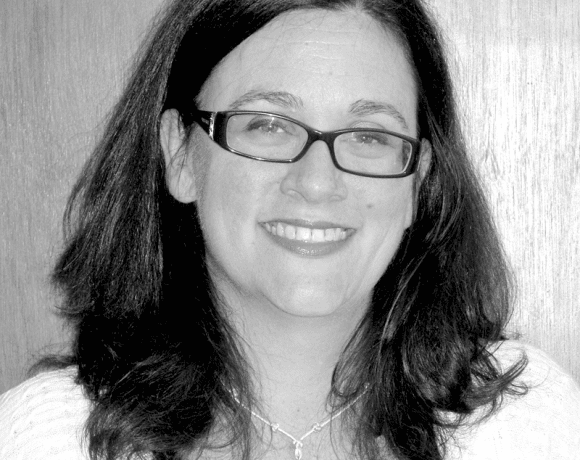