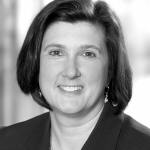 The Professional Women’s Chamber (PWC) announced that Jacqueline Charron, chief risk officer and senior vice president of Operations and Information Technology for PeoplesBank in Holyoke, has been named the PWC 2017 Woman of the Year. The Woman of the Year award is presented to a woman in the Western Mass. area who exemplifies outstanding leadership, professional accomplishment, and service to the community. This award has been given annually since 1954. Liz Rappaport, secretary of the PWC board committee, said the selection committee was thoroughly impressed with Charron’s work-life balance, as evidenced by her pursuit of education while managing her career and being the mother of four children. “The PWC recently had a work-life balance panel at a luncheon, and we loved how, through her application, Jackie personified work-life balance,” Rappaport said. Charron earned a bachelor’s degree in economics at Mount Holyoke College while working as a teller at PeoplesBank. She went on to receive an MBA from the Isenberg School of Management at UMass Amherst. She has done post-graduate work at Babson College (Mass. Bankers Assoc. School of Financial Studies), Villanova University (master certificate in Lean Six Sigma), and the Dartmouth College Tuck School of Business Leadership Program. After 32 years, Jackie continues to build a successful career at PeoplesBank, where today she leads a team of 40 associates in deposit operations, information technology, electronic banking, and risk and compliance. She has served at the leadership level of many community and business organizations, including the Food Bank of Western Massachusetts, Girls Inc., the South Hadley and Greater Holyoke chambers of commerce, and United Way of Pioneer Valley. She also enjoys volunteering at the Holyoke St. Patrick’s Day Road Race and at activities and fund-raisers that support her children’s academic and athletic interests. She can be found working the concession stand at a high-school girls’ soccer game or attending a gala for the Fine Arts Center or Bright Nights. A celebration in Charron’s honor will be held on Thursday, June 1 at 5:30 p.m. at the Carriage House, Storrowton Tavern, 1305 Memorial Ave., West Springfield. Reservations may be made online at www.springfieldregionalchamber.com or by contacting Jessica Hill at [email protected]. 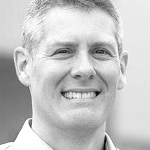 United Way of Pioneer Valley (UWPV) announced that its board of directors has appointed Jim Ayres the organization’s next president and CEO, effective June 12. Ayres, who currently serves as the CEO of the United Way Hampshire County, will succeed Dora Robinson, UWPV’s most recent president and CEO and current president emeritus. Ayres comes to UWPV from United Way of Hampshire County (UWHC), where he has served as CEO and executive director since 2011. During his tenure there, he expanded the donor base and increased both funding diversity and overall revenue at a time when many United Ways nationally had experienced shrinkage. Prior to joining UWHC, he served for 12 years as the executive director of the Center for New Americans, an education and resource center for immigrants, refugees, and other limited-English speakers in Western Mass. With roots in the Springfield public schools, where he worked as a parent community and involvement coordinator, he has extensive experience working with school systems, local and state governments, community coalitions, workforce boards, and other nonprofit organizations to develop programming and policy. He is the incoming board president of the Massachusetts Nonprofit Network and an adjunct professor of Nonprofit Administration and Philanthropy at Bay Path University. He holds master’s degrees from the Fletcher School of Law and Diplomacy at Tufts University and the Isenberg School of Management at UMass Amherst. UWPV will celebrate Ayres’s arrival at the organization’s 95th-anniversary celebration on Wednesday, May 31 at the Barney Carriage House at Forest Park. 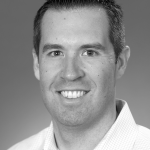 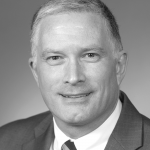 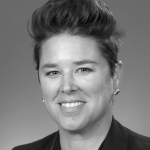 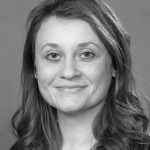 Bacon Wilson, P.C. announced that attorney Hyman Darling recently took the oath of office as the incoming president of the National Academy of Elder Law Attorneys (NAELA). He was sworn in as president at NAELA’s annual conference along with other incoming members of the executive committee, and will officially assume his duties as NAELA president on June 1. In addition to accepting the office of the presidency, Darling was also honored as a NAELA fellow for 2017. The fellow designation is the highest honor bestowed by NAELA, and is granted to members who have careers in elder law and who have made exceptional contributions to the field. Election as a NAELA fellow signifies an attorney recognized by his peers as a model for others, and an exceptional lawyer and leader. The most significant component in the selection process is commitment and contributions to NAELA through committee participation, programs, and leadership. Upon accepting the fellow award and the presidency, Darling proceeded to address his NAELA colleagues, thanking them for record-high conference attendance and laying out his plans for the coming year. Much to the delight of the audience, his remarks were delivered entirely in rhyming verse. Darling is a partner at Bacon Wilson, where he has practiced since 1981. He concentrates in the areas of trusts, estates, taxes, estate planning, probate, guardianships, special needs, and elder law. Prior to joining Bacon Wilson, he served as a trust officer. He has been a frequent presenter for both the Massachusetts Bar Assoc. and Massachusetts Continuing Legal Education. He has also spoken for NAELA at several conferences, both local and national. He is an adjunct faculty member at both Western New England University School of Law and Bay Path University. Darling serves on many local planned-giving committees, and is a frequent lecturer for professional and civic groups in the Pioneer Valley. He is a member of the Special Needs Alliance, and is also a former president of the Hampden County Estate Planning Council. 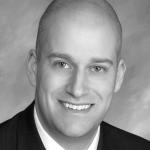 Bacon Wilson, P.C. also announced that attorney Kevin Maltby is a recipient of 2017’s Excellence in the Law Pro Bono Award from Massachusetts Lawyers Weekly. He was recognized for his pro bono efforts in connection with the Springfield District Court’s Lawyer for a Day program. With the support of the Hampden County Bar Assoc., Maltby led the 2012 effort to establish the weekly program, and he is currently working on significant expansion of pro bono services offered by the Hampden County Legal Clinic. He was inspired to initiate the Lawyer for a Day program after taking note of numerous people trying to represent themselves in court, often unsuccessfully, due to their unfamiliarity with the law and court procedures. In addition to the District Court Lawyer for a Day program, Maltby contributes his time to numerous other pro bono programs, including the Massachusetts Bar Assoc. Dial-a-Lawyer program, and the Hampden County Bar Assoc. Lawyer on the Line program. He is the current president of the Hampden County Bar Assoc., where he also serves on the pro bono committee. He is a member of the Massachusetts Supreme Judicial Court’s standing advisory committee on professionalism, and is an adjunct professor at Bay Path University, where he teaches advanced litigation. Community Health Programs has named Thomas Walbridge its new chief financial officer. He will oversee the health network’s budget, financial operations, and planning. Walbridge has served as chief financial officer and vice president for the Kinsley Group Inc. and as CFO for the Pioneer Valley Transit Authority; he was also director of finance and human resources at Six Flags New England. His early professional career was spent in the banking sector in Pittsfield. He holds a business degree from Babson College and an MBA from Western New England University. CHP finished its 2016 fiscal year with an operating surplus of nearly $700,000, on revenues of $14 million. During that year, CHP increased its patient and client numbers from 16,000 to more than 22,000, with the addition of two new practices in North Adams and other new-patient outreach. During 2016, employment at CHP grew from 140 to 175 and continues to expand. Walbridge is also the founder and operator of LuckBridge Sports LLC, a company that creates affordable, inclusive team-building opportunities for youth and coaches in the developmental and advanced instruction of baseball and basketball. He volunteers in his community with youth sports programs, the American Red Cross, the March of Dimes, the Agawam Chamber of Commerce and the Agawam Rotary. Springfield Technical Community College (STCC) announced the hiring of Christopher Scott as the dean of the School of Health & Patient Simulation. Scott had been the interim dean since the retirement of Michael Foss in 2016. His previous positions at STCC include assistant dean for the School of Health & Patient Simulation and director of Clinical Education and SIMS Medical Center. Scott will lead a school that offers the most competitive programs at STCC and is home to the Northeast’s largest patient-simulation training facility. The SIMS Medical Center at STCC provides a clinical setting to train students as well as healthcare providers. Scott played a key role in expanding the facility when he was hired as director in 2010. At the time, the center included 18 patient simulators and five rooms and provided 3,000 simulation experiences each year. Today, there are 52 simulators and 12 rooms, or simulation areas, and more than 20,000 simulation experiences. As dean, he is responsible for the overall leadership of the school as well as for the daily and long-term operation of all the credit and non-credit health programs. About 800 students are enrolled in credit and non-credit programs. The school includes more than 100 full-time and part-time faculty and staff. Scott sees his mission as helping to meet the community’s health care needs and ensuring access to the degree and certificate programs, which include cosmetology, dental assistant, dental hygiene, diagnostic medical imaging, interdisciplinary health studies, medical assistant, medical laboratory technician, nursing, rehabilitation therapies, respiratory care, and surgical technology. Scott, who holds a master’s degree in health education and curriculum development from Springfield College, is currently is completing his doctorate of education in higher education administration from Northeastern University in Boston. A certified healthcare-simulation educator, Scott earned his bachelor’s degree in emergency medical services management from Springfield College. Lee Bank announced that Bruce Marzotto, senior vice president of Commercial Lending, has been named a Community Bank Hero by the Warren Group and Banker & Tradesman. Community Bank Heroes is an annual award that honors the achievements, commitment, and dedication of financial professionals who go above and beyond for their institution and community. Award recipients are nominated by their peers and selected by Banker & Tradesman’s editorial board; this year’s 13 winners hail from community banks throughout Massachusetts. Marzotto has been with Lee Bank for 10 years and has worked in banking in Berkshire County for 40 years. After receiving his associate’s degree at Berkshire Community College, he continued his education through banking courses with the American Institute of Banking as well as the New England School of Banking at Williams College. As former treasurer of the Southern Berkshire Chamber of Commerce, Great Barrington Little League, and Boy Scouts of America Troop 23, he is continuing his community involvement as a trustee of the newly organized Great Barrington Municipal Affordable House Trust. The Community Bank Heroes awards will be distributed at a dinner event on Tuesday, May 23 at the Hyatt Regency Boston hotel. Recipients will be featured in the May 22 issue of Banker & Tradesman. To see a full list of the Community Bank Heroes and for more information about the awards dinner, visit www.thewarrengroupevents.com/communitybankheroes.

Sharon Dufour, chief financial officer for Luso Federal Credit Union, and Kimberly Anderson, Community Relations representative for Luso, were recognized on National Financial Educators Day for their hard work and dedication to promoting financial-literacy education in Ludlow, Hampden, and Wilbraham. Nominated by Junior Achievement of Western Massachusetts, Dufour and Anderson, supported by Luso Federal Credit Union and a grant from the Joseph and Anna C. Dias Family Foundation, help bring financial-literacy education to thousands of youth in the three communities. Every child in Ludlow schools and St. John the Baptist School, kindergarten through grade 8, participates in a JA program each year, as well as all the students at Thornton Burgess Middle School in Hampden and Wilbraham Middle School. Dufour and Anderson not only secure the funding for the programs, but recruit and train nearly 100 volunteers to deliver the programs. Dufour and Anderson also teach multiple JA programs each year.