Baystate Health recently announced changes and consolidations in leadership positions in its Eastern Region:
• Effective Jan. 29, Michael Moran will become the interim president and chief administrative officer for the Baystate Health Eastern Region. Moran has been at Baystate Health for 14 years and currently serves as the organization’s Vice President for Clinical, Facilities and Guest Services. Moran’s new role combines the responsibilities of two current positions in the region, the president and the chief operating officer;
• The region’s current president, Dr. Charles Cavagnaro III, will depart Baystate Health to pursue other opportunities. Before joining Baystate Health, Cavagnaro served as president and CEO of Wing Memorial Hospital and Medical Centers for 15 years;
• The region’s current chief operating officer, Dr. M. Shafeeq Ahmed, will return to practicing medicine full-time at Baystate Health. Ahmed has been a physician-leader at Baystate Health since 2003;
• Dr. David McGuire will become the region’s chief medical officer.
“Our goal, in considering these changes, is to ensure that our Eastern Region can successfully deliver care that matters to the community in a responsible and sustainable way,” said Nancy Shendell-Falik, Senior Vice President of Hospital Operations for Baystate Health. “To survive and thrive in the contemporary world of healthcare, we continue to make changes that ensure long-term stabilization, system integration, and a consistent model for delivering quality, safety, patient experience, and value.”
Added Dr. Mark Keroack, president and CEO of Baystate Health, “Drs. Cavagnaro and Ahmed have made major contributions to the integration of Wing into Baystate Health and to our organization as a whole. We thank them for their leadership, and we wish them the very best.” Three other management positions in the region are being eliminated and their work consolidated into other positions. At Baystate Health, Moran has been responsible for a broad spectrum of services including cancer, behavioral health, neurosciences and rehabilitation, food and nutrition, facilities, and more. Moran is known for building high-performing teams, fostering engagement, and serving as executive leader for Baystate Medical Center’s complex heart and vascular and emergency-room expansion projects. He led the building of the orthopedic surgery and cancer centers in Springfield and the surgical center under construction at Baystate Franklin Medical Center. He has co-led the health system’s largest and most complex Lean project, which saved more than $5 million and improved patient flow at Baystate Medical Center.

PeoplesBank has announced the promotions and appointments of four associates: 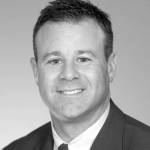 • Brian Canina has been promoted to senior vice president, chief financial officer, and treasurer. He possesses more than 16 years of financial experience and first joined PeoplesBank in 2009. He holds a bachelor’s degree in accounting from Bryant College and is a certified public accountant. He is also a graduate of the ABA Stonier Graduate School of Banking and is a recipient of the Wharton Leadership Certificate. Canina is president of the Finance and Accounting Society of New England and an officer of the Financial Managers Society, Boston Chapter. He serves on the boards of directors for the Greater Holyoke Chamber of Commerce and the Children’s Study Home; 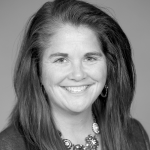 • Stacy Sutton has been promoted to senior vice president, retail administration. Boasting more than two decades of banking experience, she joined the bank in 1992 and previously served as first vice president, retail administration. She holds an associate degree in accounting from Springfield Technical Community College and is a graduate of the Massachusetts Bankers Assoc. School for Financial Studies. She serves on the board of directors for Springfield Partners; 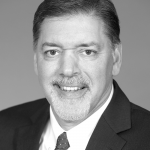 • Joseph Zazzaro has been promoted to senior vice president and chief information officer. He possesses more than three decades of information technology experience with a focus in financial services. He joined the bank in 2006 and previously served as first vice president, information technology. He holds a bachelor’s degree in information systems from the University of Phoenix and an associate degree in management information systems from Holyoke Community College. He also is a graduate of the New England School of Financial Studies. Zazzaro was a 14-year member of the Greater Westfield Boys and Girls Club board of directors and continues to volunteer to provide technical support for the club. He has also volunteered his technical and leadership skills at other local organizations, such as the Greater Springfield Habitat for Humanity, the United Way, the Red Cross, and the Chicopee Boys and Girls Club; and 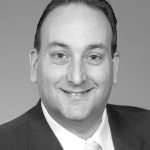 • Russell Fontaine has been promoted to first vice president, retail sales. Boasting more than a decade of financial experience, he first joined the bank in 2009 and previously served as vice president, sales and service manager. He holds a bachelor’s degree in business management from Westfield State University and a certificate from the Wharton School of Business Leadership at the ABA Stonier Graduate School of Banking. He serves on the board of the Greater Springfield Habitat for Humanity. 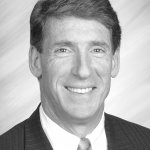 The Dowd Insurance Agencies announced that John Dowd Jr., president and CEO of the Dowd Insurance Agencies, was selected to serve on the board of directors for the Massachusetts Assoc. of Insurance Agents (MAIA). Membership in the MAIA is open to independent, licensed insurance agencies doing business as individuals, partnerships, corporations, or other forms of business organizations in Massachusetts. With 1,300 agency members, MAIA is one of the largest state and regional associations of independent insurance agents in the country. The new board of directors began their term on Jan. 1. The board as a whole establishes positions on various industry issues and advocates for the agency community before government bodies. Individual members of the board of directors are the official representatives of the MAIA members in their geographical areas. “The Massachusetts Association of Insurance Agents has a long track record for consistent support for the insurance-agency community,” Dowd said. “I am very pleased to serve among this group of dedicated insurance professionals.” A 1980 graduate of St. Michael’s College, Dowd is an accredited advisor in insurance (AAI) and a licensed insurance advisor (LIA). He began his career as an underwriter for the Fireman’s Fund Insurance Co. and joined Dowd Insurance Agency in 1982. 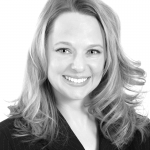 Local law firm, Shatz, Schwartz and Fentin, P.C. announced that attorney L. Alexandra Hogan was selected to serve on the emerging insolvency professionals subcommittee of the American Bankruptcy Institute. “Alex has quickly become a rising star in our bankruptcy department. She is dedicated and is already helping other professionals establish themselves in the insolvency field,” said attorney Steve Weiss, supervisor of the firm’s bankruptcy division. As a new member of the emerging insolvency professionals subcommittee, Hogan will help bankruptcy professionals find different avenues to network and develop as experts. The mission of this new subcommittee is to create a forum for developing leaders to exchange ideas to better aid clients and further cultivate the insolvency field. Hogan graduated in 2008 with cum laude honors from Western New England University School of Law, where she was also appointed assistant editor and became a published author of the Western New England Law Review. She graduated from Bay Path University with summa cum laude honors in 1996. She has been selected by Super Lawyers to the Rising Stars list and as a Top Women Attorney (2011-15). Hogan concentrates her practice primarily in business, litigation, and bankruptcy law. She has an extensive bankruptcy practice that includes both debtor and creditor representation in individual and business cases, including Chapter 7 and Chapter 11. Additionally, she acts as counsel to Chapter 7 trustee Steven Weiss in bankruptcy litigation advanced in adversary proceedings. “I am honored to be a member of this new committee,” Hogan said. “It is very important for developing professionals to find ways to network with insolvency experts and to discuss emerging trends in the bankruptcy field.”

Lou Mayo has been installed as president of the 1,700-member Realtor Assoc. of Pioneer Valley. Mayo, a Realtor since 1997, is the office manager with Real Living Realty Professionals, LLC in Wilbraham. As president, he will oversee the association’s activities and operations, including meetings of the board of directors, and act as a liaison to the association’s various committees. He is the official spokesperson of the association on issues related to the real-estate industry and the regional housing market. The other 2016 officers are Richard Sawicki Jr., president-elect; Edward Alford, treasurer; Susan Drumm, secretary; and Dawn Henry, immediate past president. Directors include Elias Acuna, Kelly Bowman, Shawn Bowman, Suzi Buzzee, Janise Fitzpatrick, Raymond Hoess-Brooks, Susan Rheaume, and Russell Sabadosa.