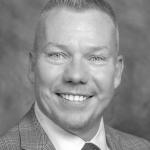 Michael Moran has been appointed president and chief administrative officer of Baystate Health’s Eastern Region. He had been serving in this role in an interim capacity since Jan. 29. “Since January, Mike has been deeply engaged with community members, seeking input as the Eastern Region evolves to meet the contemporary needs of patients in Ware, Palmer, and surrounding communities,” said Nancy Shendell-Falik, senior vice president, Hospital Operations, Baystate Health. “He is working with Baystate Health colleagues to bring more primary care and specialty care to the Eastern Region, has ensured the current level of emergency care in Ware will continue, and is building relationships with Eastern Region team members, local leaders, community groups, the region’s EMS services, and many others.”
Moran came to the Eastern Region from a health-system role as vice president for Clinical, Facilities & Guest Services. In his 14 years at Baystate Health, he has had a vast scope of responsibility, at one point overseeing 13 departments and more than 1,300 team members throughout the system. He has been responsible for a broad spectrum of services including cancer, behavioral health, neurosciences and rehabilitation, food and nutrition, facilities, and more. He is known for building high-performing teams, fostering engagement, and serving as executive leader for Baystate Medical Center’s complex cardiovascular and emergency-room facilities-improvement projects. He led the building of the orthopedic surgery and cancer centers in Springfield and the surgical center under construction at Baystate Franklin Medical Center. He has co-led the health system’s largest and most complex Lean project, which improved patient flow at Baystate Medical Center and resulted in efficiencies of more than $5 million.  The Baystate Health board of trustees and board members for the Eastern Region voted unanimously to make Moran’s appointment permanent. “Michael brings 27 years of experience in multiple industries, including the military, recreation, hospitality, education, and healthcare,” said Shendell-Falik. “His community involvement includes service to several boards and committees throughout Western Massachusetts. His skills and experiences are well-suited to fulfill the leadership needs of the Eastern Region.” 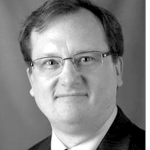 Robert Kleine III has been named Dean of the Western New England University (WNEU) College of Business, effective July 1. He succeeds Dean Julie Siciliano, who is retiring after 30 years at WNEU. Linda Jones, WNEU provost and vice president for Academic Affairs, announced the appointment, citing Kleine’s academic accomplishments and strong record of institutional leadership. “I am pleased to welcome Dr. Kleine as our new dean, and I look forward to working closely with him as we continue to develop new academic programs and to advance the College of Business and the university,” she said. Kleine was previously associate dean and James F. Dicke professor of Marketing at Ohio Northern University, where he served for 14 years. While there, he collaboratively led the creation of several programs, including a whole-campus entrepreneurial mindset initiative; the pharmaceutical business major, for which he served as coordinator for several years; and, more recently, a risk management & insurance major. Prior to that, he served as marketing faculty, with graduate faculty status, at Arizona State University, and served as a marketing consultant to the U.S. Army Recruiting Command. He earned a PhD in marketing from the University of Cincinnati and a bachelor’s degree in business administration from the University of New Hampshire. Kleine’s research, published in top marketing journals including the Journal of Consumer Research, Psychology & Marketing, and the Journal of Personal Selling & Sales Management, is widely cited and influential. He received the Ferber Award for best interdisciplinary article based on a dissertation published in the Journal of Consumer Research. The Marketing Science Institute recognizes his work as “essential reading in marketing.” Kleine is an accomplished educator and certified master teacher. In 2012, he received the Instructional Innovation Award, recognizing his innovative experiential curricular-development efforts. He is a member of Alpha Mu Alpha, Beta Alpha Psi, Beta Gamma Sigma, Gamma Theta Upsilon, and Phi Kappa Phi. “Western New England University generally, and the College of Business specifically, presents a great opportunity,” Kleine said. “The university is blessed with strong leadership, and the College of Business has an abundance of talented faculty and staff. As dean, I look forward to building on the college’s strengths, working collaboratively across the university campus to strengthen existing programs, and to identifying unique, high-value, differentiated new-program opportunities in ways that positively impact the college’s enrollment and reputation.” 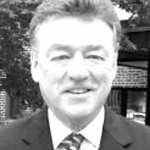 Springfield Bishop Mitchell Rozanski has appointed Thomas McDowell Interim Head of School for Pope Francis High School. He will begin his position in late July or early August. Meanwhile, a national search for a permanent head of school has been undertaken. McDowell is a retired school superintendent, having served most recently as interim superintendent in Wethersfield, Watertown, and Tolland, Conn. He also has served as superintendent of schools in Plymouth, Conn., and in Westfield. He said he looks forward to the new interim position at Pope Francis High School. “It’s exciting, building something new,” he said. “I like the idea of having one school as a superintendent, with a smaller group of kids.” He said the advantage of serving a smaller group of students will be the opportunity for more communication and more presence in the school community. “What I miss most about being a superintendent is being close to students.” McDowell will oversee day-to-day school operations while Paul Gagliarducci remains on as executive director of the Pope Francis High School project, focusing on construction of a new facility as well as other elements regarding the creation of this new Catholic secondary school. In September, the students and staff of Holyoke Catholic High School in Chicopee and Cathedral High School in Springfield will officially merge, becoming Pope Francis High School in its temporary location on the present Holyoke Catholic campus. Construction of the new Pope Francis High School building on Wendover Road in Springfield is expected to begin later this year, with an anticipated completion date in 2018.

Jynai McDonald was recently hired as Regional Manager of the Training Resources of America Inc. (TRA)  Western Mass. offices located in Holyoke and Springfield. McDonald holds a bachelor’s degree in digital marketing and social-media management, an associate’s degree in business administration, and a paralegal program certificate in legal studies, all from Bay Path University. She brings significant leadership, supervisory, and job-development experience to her new position. Training Resources of America, headquartered in Worcester, is a private, nonprofit organization that has been providing quality education, employment, and training services in Massachusetts since 1975. Over the years, its efforts have enabled thousands of educationally and economically disadvantaged youth and adults to improve their quality of life by learning new skills, developing self-confidence, and finding pathways to self-sufficiency through education, employment, and training. It has training sites in Brockton, Fitchburg, Holyoke, New Bedford, Quincy, Salem, Springfield, and Worcester. 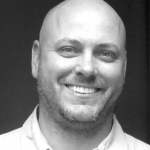 The Hampshire Mall management team recently welcomed Operations Manager John Mieczkowski. John has more than 20 years of both commercial and industrial construction experience. He is the longtime owner and operator of Arc Welding and has served as a firefighter for over 20 years, currently as a lieutenant with the Hadley Fire Department. He continues to reside in Hadley where he was born and raised, and is a member of the PTO, Young Men’s Club, and Firemen’s Assoc. “We are excited to have John join our team at Hampshire Mall. With his vast experience in construction and project management, he will be a valuable asset to us,” said General Manager Lynn Gray.