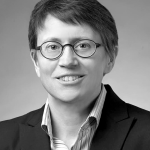 Springfield Technical Community College (STCC) announced the promotion of Barb Chalfonte to serve in the newly created role of Vice President of Institutional Effectiveness. The creation of the new position elevates Institutional Effectiveness (IE) and underscores the importance of seeking to enhance the college’s processes and promote student success, said STCC President John Cook. With Chalfonte at the helm, IE will become its own division and have a broader reach. Previously, Institutional Effectiveness had been nested under Academic Affairs. Chalfonte, who came to STCC in 2010, had served as dean of Institutional Effectiveness and senior research analyst. In her new role, Chalfonte will report directly to Cook and serve as part of his cabinet. Created in 2012, Institutional Effectiveness helps sustain and improve the teaching and learning environment through ongoing data and research-based planning, assessment, and improvement processes. The work of this division going forward will be to facilitate and promote planning and analysis throughout the college. “We collaborate with diverse groups to review the college’s mission, goals, and outcomes and demonstrate the achievements of our faculty, staff, and students,” Chalfonte said. Often colleges have several offices charged with enhancing pedagogy, institutional research, enrollment analysis, and assessment. STCC, however, is one of only a few community colleges in the Northeast that integrates this work into a single entity. Bringing these offices under one umbrella fosters collaboration toward the mission of supporting students as they transform their lives. The Institutional Effectiveness department includes the offices of Assessment, Institutional Research, and Professional Development. The department also supports strategic planning, process improvement, enrollment reporting, and New England Assoc. of Schools and Colleges (NEASC) accreditation activities and reporting, and convenes the Student Success Council. Since 2012, the IE department has helped to obtain more than $2.7 million in funding, including a $650,000 state grant for assessment-related work and a state-funded convening grant to explore initiatives and research related to Hispanic-serving institutions. IE was part of a group that crafted a $2.1 million Title III grant that supports pedagogy- and cultural-competency-related professional development. Members of the IE team contributed to the $3.4 million HSI-STEM grant that the college received last year to help Hispanic and low-income students obtain degrees in science, technology, engineering, and math. Chalfonte brings a background in science and learning research to the position. She earned a doctorate from Princeton University in cognitive psychology and a bachelor’s degree from Williams College in psychology. She is an adjunct faculty member in the Psychology Department at Westfield State University. After receiving her Ph.D., she taught in the Psychology Department at Mount Holyoke College and worked as a researcher at the National Priorities Project in Northampton before joining STCC. She served as data coach for Achieving the Dream, an initiative that champions institutional improvement and student success. Part of her work was to help community colleges close race/ethnicity- and income-based achievement gaps.

Matthew Sosik, president and CEO of bankESB, announced the promotion of three individuals:

• Michael Fitzgerald was promoted to Assistant Vice President, senior IT officer; He started with the bank in 2004 as a systems administrator and was promoted to IT manager in 2011. In 2014, he was promoted to IT officer and then to senior IT officer in 2015. He graduated from the Graduate School of Banking’s Bank Technology Management School in 2013. He is a volunteer for Junior Achievement of Western Mass. and participates with his family running Toys for Tots fund-raisers and collecting jars of peanut butter and jelly to donate to local food pantries; and 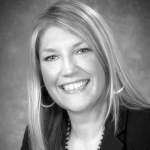 Country Bank announced that Jessica McGarry has joined its Commercial Lending Division. McGarry brings with her 17 years of experience in the industry. Beginning as a part-time teller, she worked her way through the branch system for several years, then to the commercial credit department, where she learned commercial lending from the ground up. She has been a commercial lender in the Worcester market for the past four years, coming to Country Bank from Webster Five. McGarry earned her bachelor’s degree in business from Nichols College, was a recipient of the Forty Under 40 designation in 2014 from the Worcester Business Journal, and was a member of the Leadership Worcester class of 2015-16. “As a person, I am serious and diligent when it comes to my work. I take great pride in making sure my customers are well taken care of, with the right products, a high level of service, and a lender that is both qualified and caring,” McGarry said. “I live and work in Worcester County, so the success of the people and businesses here is something that I hold close to my heart.” 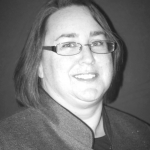 For the first time since the organization was founded in 2005, Dress for Success of Western Massachusetts will have a full-time executive director to lead the organization and expand its impact in the region. Margaret Tantiallo brings more than 20 years of experience and proven success in nonprofit management. Her past employment includes a senior leadership position for a nonprofit organization with more than 65,000 members and an $11 million budget. She is experienced in strategic planning, philanthropy, governance, board relations, and program management. “We are beyond thrilled to welcome Margaret to the Dress for Success team,” said Dawn Creighton, president of the Dress for Success board of directors. “It’s amazing what has been accomplished by our team of volunteers over the years. In order for us to grow and positively impact the lives of more women in our community, we needed someone dedicated to work of the organization on a full-time basis. Margaret’s experience and caring, compassionate personality make her the perfect fit.” Margaret earned her undergraduate degree from SUNY Buffalo and her master’s degree from Springfield College. She currently serves as vice president of Belchertown Day School and as treasurer of the Hampton Ponds Assoc. Dress for Success of Western Massachusetts is on a mission to promote the economic independence of all women by providing professional attire, a network of support, and the career-development tools to help women thrive in work and in life. 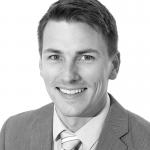 American International College (AIC) has announced the promotion of Matthew Scott to Dean of students. In his new role, Scott will oversee the Department of Student Life, which includes the Office of Residence Life, the Saremi Center for Career Development, and the Center for Student Engagement. Among the services and programs that fall under Scott’s purview are residence education, housing operations, student success and retention, student conduct, student activities, diversity and community engagement, international student advising, and campus recreation programs such as intramural sports, fitness and wellness programs, and the fitness center. Scott served in residence-life and student-involvement roles at area colleges before joining AIC in 2013 as the associate dean of students and director of Residence Life. He graduated with a bachelor’s degree in business administration from Springfield College and received his master’s degree in higher education administration from UMass.

Lynne Colesano, formerly of Health New England and an insurance professional since 1998, has joined Webber & Grinnell Employee Benefits LLC. She will be responsible for consulting with companies and supporting them with their employee-benefits programs. In addition, her SHRM-CP certification as a professional in human resource management will further help Webber & Grinnell be a trusted advocate for its clients. “I am privileged to introduce Lynne to the community,” said Michael Welnicki, the division’s head. “She brings unparalleled insight into the benefits, insurance, and financial challenges of organizations of all scopes and sizes, and the expansion allows Webber & Grinnell to add group medical, dental, life, and disability insurance to its portfolio of business insurance.”

Community Enterprises announced the appointment of Paula Tessier as Director of Employment and Training Programs at the Greenfield office. She will manage all aspects of those programs and implement the organization’s mission and values by overseeing community-based employment and training services for individuals with disabilities. Previously in Boston, Tessier managed statewide community programs in youth violence and suicide prevention and also managed federal grants that refined protocols for the state Department of Public Health. She has a history of assisting Greenfield residents, as she was previously responsible for overseeing the coordination of five local, grass-roots, anti-poverty programs. She also managed the Woman in Action Center and the local Food Pantry sites while serving as the Community Programs director for Community Action of Franklin County. Tessier earned her master’s degree in social work from the University of Connecticut and completed master studies in international and intercultural service, leadership, and management at the School of International Training in Brattleboro, Vt.

Proteus Fund appointed activist, advocate, nonprofit executive, and philanthropic leader Paul Di Donato as its new President and CEO. He brings a wealth of experience from his 30 years of fighting for justice and equality in the areas of LGBTQ rights, HIV/AIDS and public health, gender and racial justice, and other rights and social-change issues. He has served as interim president of Proteus Fund for the past year and worked at the organization for more than nine years. Di Donato served for eight years as director of the Proteus Fund’s Civil Marriage Collaborative (CMC), a funder collaborative that granted more than $21 million in its 11-year existence to advocacy organizations engaged in comprehensive public-education and organizing efforts. The strategic philanthropic leadership provided by the CMC contributed to the massive turnaround in public opinion and support on this issue, culminating in the June 2015 Supreme Court ruling extending marriage equality nationally. “We couldn’t have asked for someone with greater philanthropic, leadership, and networking skills, combined with a deep understanding of Proteus’ social-justice work,” said Jason Franklin, chair of Proteus Fund’s board of directors. “Paul played a central role on a critical issue where our side had a clear win — civil marriage. Philanthropy must play an even greater and more aggressive leadership role to achieve these types of victories which will be needed now more than ever.” This past year as interim president, Di Donato has successfully overseen a record-breaking grant-making year, a deepening of the scope and impact of the program portfolio, and development of important new work opportunities. He feels the organization’s greatest strength is that it engages philanthropists as strategic partners, utilizing a collaborative approach to create outcome-oriented social-justice grant-making initiatives. “Of central importance to our success is the ability to master the delicate balance between crafting and executing effective long-term philanthropic strategies while remaining flexible enough to shift tactics and priorities in response to evolving circumstances on the ground,” Di Donato said. “Every program, every issue area we work on is more relevant and urgent than ever given this current social, economic, and political climate.” 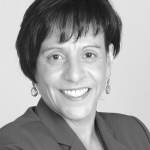 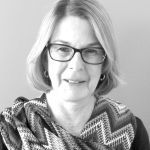 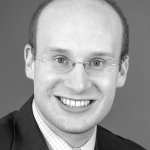 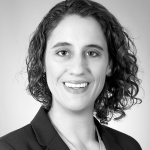 The Gray House recently inducted four new board members to a three-year term: Maria Acuña, Kathy Hardy, Stephen Holstrom, and Stefanie Renaud. The newly elected board president is Kathleen Lingenberg. Other board officers are Susan Mastroianni, Vice President; Rick Marcil, Clerk; and Candace Pereira, Treasurer. Acuña is broker/owner of Maria Acuña Real Estate, a family-owned business located on Sumner Avenue in Springfield. Hardy has been the human resource manager for the Springfield Housing Authority since 2009. Holstrom is an attorney at Alekman DiTusa, LLC in Springfield. Renaud is an associate in the Springfield office of Skoler Abbott & Presser. Lingenberg is the owner of Community Outcomes in Longmeadow, which provides consulting services on housing and community-development activities. Mastroianni is a media consultant and was previously partner and director of Media Services at FitzGerald & Mastroianni Advertising in Springfield. Marcil is the owner of Golden Ear Studios, a voiceover and music studio in Southwick. Pereira is a commercial portfolio loan officer for Farmington Bank in West Springfield. The Gray House is a small, neighborhood service agency located in the North End of Springfield at 22 Sheldon St. Its mission is to help neighbors facing hardships to meet their immediate and transitional needs by providing food, clothing, and educational services in a safe, positive environment.