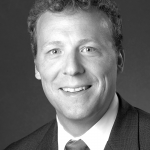 Springfield Technical Community College (STCC) entered a new chapter in its 50-year history last month with the inauguration of John Cook as its sixth college president. The installation ceremony at STCC’s Scibelli Hall Gymnasium featured a mixture of pageantry, tradition, and celebration. The event opened with a processional led by the STCC Ceremonial Brass Ensemble, followed by the Bearer of the Mace and more grandeur befitting such formal occasions. After the presentation of the presidential medallion, Cook spoke about the college’s rich history, while looking ahead to the future. “Springfield Technical Community College carries an incredible legacy, and it is an absolute privilege to champion who we are becoming in this, our 50th year, and during a time of renaissance and innovation all around,” he said. Christopher Johnson, chair of the STCC board of trustees, praised the new president for his efforts since taking the helm. “The board of trustees is delighted with its selection of Dr. John Cook as STCC’s president. It has been a pleasure working with Dr. Cook during this academic year as we strive to continue to improve the lives of our students. Dr. Cook has done a great job in his inaugural year to keep STCC moving forward as the Commonwealth’s only ‘technical’ community college,” Johnson said. Brian Tuohey is president of the Collins Companies, sponsor of the inauguration. He also is a longtime member of the STCC Foundation board of directors and its past president. He noted, “I have been very impressed with Dr. Cook’s commitment to and involvement with the STCC Foundation and our new board. His enthusiastic leadership and direction have been key components in re-energizing this very important asset, both for our college and our students.” Cook’s induction office falls during the 50th anniversary of the founding of STCC. He succeeded Ira Rubenzahl, who guided the college for 12 years. Cook took over the reins to become the sixth president of STCC on Aug. 1, 2016. Before the inauguration ceremony, the STCC Foundation hosted a VIP luncheon that included business community partners, community stakeholders, and representatives from other education institutions. 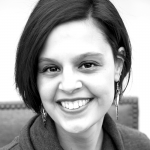 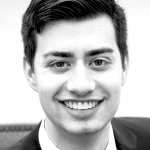 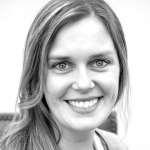 Private Financial Design, LLC (PFD) recently announced the promotions of Shannon Asselin and David Ferraro Jr., and welcomed Melissa Hall to the company. Asselin was promoted to executive administrator. She began her career with PFD in 2014 as a client services assistant, bringing more than 14 years of experience in customer service, which included head teller for a local bank. Over the past two years, she has advanced her skills in the financial-services industry with further training and education. She has been honored for excellence in her work with PFD’s broker dealer and clients. She will oversee the administrative operations and client services for PFD while taking on more corporate responsibilities. Ferraro has been promoted to financial advisor. He has been working as an administrator since July 2016 so he could learn the procedures and compliance needs for his clients. His affiliation with PFD began when he interned in 2010, and he was a part-time administrator for several years while attending college. Ferraro graduated summa cum laude with a bachelor’s degree in business administration from Bryant University, where he studied financial services and economics. He leveraged his education to win the National Financial Plan Competition sponsored by the International Assoc. of Registered Financial Consultants. While attending Bryant, he served as chairman of the Macroeconomic Committee of the Archway Investment Fund. In this role, he developed the investment strategy for this $1 million endowment fund. His work at PFD will be focused on financial and estate planning, investment management, and retirement plans. He is currently pursuing the education and training requirements to become a certified financial planner. Hall has joined the team at PFD as a registered administrator. She has more than five years of experience in the financial-services industry, starting first with a mutual insurance company and later working with an independent certified financial planner for several years. She is currently FINRA Series 6 licensed and will be actively working toward other licensures in the near future. Beyond financial services, Hall has many years of customer-care experience, including many years of volunteer work at her church and on the foreign mission field. She will be helping to develop best business practices, as well as designing new processes to enhance customer service. Private Financial Design offers comprehensive financial planning for both personal and business needs, including fee-based investment-advisory services, retirement plans, and other wealth-management services.

Berkshire Bank announced the promotion of Mark Pedrotti to Vice President, Marketing Officer. Pedrotti began his career with Berkshire Bank as a college intern from Johnson & Wales University in 2006. He was offered permanent employment in 2008 as eMarketing and website administrator and has continued to learn and grow within the marketing department, taking on new titles and increasing challenges as the years have progressed. “Mark is a key member of Berkshire Bank’s marketing team, and this promotion reflects his dedication to his position,” said Elizabeth Mach, senior vice presient, marketing officer. “We are proud of his accomplishments and look forward to his continued growth in the future.” Pedrotti continues to cultivate his career by acquiring new knowledge and challenging himself in and out of the office each day. In his new role, he will manage the strategic initiatives of Berkshire Bank’s digital properties, in addition to assisting with the overall integrity of marketing assets. Outside of the bank’s marketing department, Pedrotti is also engaged with his community. He is an active participant of the Berkshire International Film Festival, and has been since its inception. Passionate about film and the Berkshire region, he does his best to merge the two, spending much of his time immersed in the outdoor community, always with a camera in hand.

Jessica Collins, Executive Director of Partners for a Healthier Community, has been appointed to Gov. Charlie Baker’s Special Commission on Behavioral Health Promotion and Upstream Prevention. The commission is tasked with investigating “evidence-based practices, programs, and systems to prevent behavioral-health disorders and promote behavioral health across the Commonwealth. The Commission is comprised of an interdisciplinary group of leaders in behavioral health, prevention, public health, addiction, mental health, criminal justice, health policy, epidemiology, and environmental health. The Commission is zeroing in on three overarching questions: what’s working in behavioral-health promotion and upstream prevention? How can we better fund what’s working? And what can we achieve if we fund what works? More information can be found at promoteprevent.com/mission.