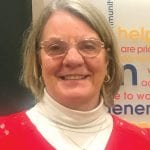 Florence Bank has named Patricia Covalli its Community Support Award winner. Covalli, a collections officer, joined the bank in February 2015 and has 25 years of banking experience. The Community Support Award was established by Florence Bank in 1997 as a means of formally recognizing employees who are active participants in community events and donate their personal and professional time to local not-for-profit organizations. Each year, the award recipient has the opportunity to select a not-for-profit organization of his or her choice, and the bank makes a donation to that organization. At Covalli’s recommendation, Florence Bank will make a donation to Soldier On. The mission of Soldier On, based in Leeds, is to provide formerly homeless veterans with permanent, supportive, sustainable housing. Covalli serves her community as an active member of the United Way of Hampshire County. She also serves as a fundraising volunteer for Florence’s Look Park and volunteers at Northampton’s Interfaith Cot Shelter. 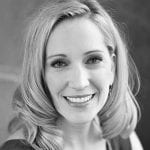 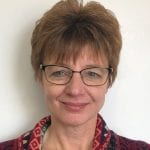 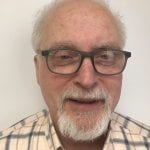 The Collins Companies, one of the largest industrial distributors of pipe, valves, and fittings and engineered specialties serving the Northeast, announced a change in executive management roles. Owner and President Brian Tuohey has assumed the role of CEO and has promoted Vice President of Sales Paul Andruszkiewicz to President. In addition, Dave Shepard, branch manager of the Haverhill sales office, will lead the Collins sales team as director of Sales. He has more than 25 years of experience in the industry, first purchasing for Atwood and Morrill and then in sales for Power House Supply before Collins acquired Power House in 2015. Headquartered in East Windsor, Conn., the Collins Companies is comprised of Collins Pipe & Supply Co., Collins Controls, Niagara Controls, Collins Niagara, Power House Supply Co., and International Valve and Instrument, with nine locations throughout New England and Upstate New York. 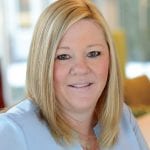 Way Finders Inc. named Laureen Borgatti its new chief operating officer. She has been employed by the organization for 27 years, serving in various administrative capacities, most recently as the organization’s chief of staff and chief administrative officer. Most recently, she served as internal project manager for the construction of Way Finders’ new Housing Center, to be completed in April. Borgatti chairs the board of directors of the Human Service Forum, a membership organization that assists members in better addressing the needs of the people they serve throughout the Pioneer Valley. She sits on the board of directors for the new Housing Navigator, an initiative led by the Kuehn Charitable Foundation to develop an online search tool that will give people with low and moderate incomes the ability to quickly find available, affordable rental units anywhere in Massachusetts. She also serves on the board of directors of the Dakin Humane Society. 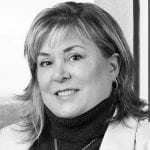 Bulkley Richardson announced that Betsey Quick, executive director, was named the “Excellence in the Law” honoree for Firm Administration and Operations by Massachusetts Lawyers Weekly. Quick joined the firm in September 2017 and, during her short tenure in this role, has made a significant impact, including increasing the firm’s productivity, implementing policies, and advancing the overall mission of the firm. Massachusetts Lawyers Weekly honors individuals in the categories of Firm Administration and Operations, Alternative Dispute Resolution, Marketing, Paralegal Work, Pro Bono, and Up & Coming Lawyers. Quick will be recognized at a reception on Thursday, April 30 at the Marriott Long Wharf Hotel in Boston.

Springfield Technical Community College (STCC) named Thomas Robitaille an instructor in Mechanical Engineering Technology. Robitaille is the third generation in his family to join this field after his father and grandfather. A STCC graduate with an associate degree in mechanical engineering technology, he has been working as a CNC machinist and programmer at MTG Inc. in Westfield since October 2016. While at STCC, he was a peer tutor for mechanical engineering technology. He also taught a fall 2017 lecture and lab course in the program, which prepared him for this teaching position. Prior to coming to STCC, Robitaille was a non-commissioned officer in the U.S. Marine Corps Infantry from 2009 to 2014, stationed out of Camp Lejeune, N.C. While enlisted, he served two combat tours in Afghanistan in support of Operation Enduring Freedom. 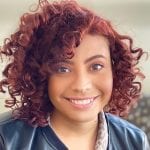 Jasmine Rivera-Boucher has been promoted to director of Adult Foster Care (AFC) and Shared Living (SL) services at BFAIR. The director is responsible for the day-to-day operations of both programs, the development and implementation of the AFC/SL, accreditation, policies, and procedures as well as the fiscal administration of the AFC department. The director ensures that all funders’ regulations are met, which includes oversight of the referral and intake process in collaboration with the Department of Developmental Services, the Department of Mental Health, and other funding and referral sources. Prior to her promotion from assistant director, Rivera-Boucher worked at the Key Program in Pittsfield and graduated from Massachusetts College of Liberal Arts with a degree in psychology. She also holds a degree in gerontology from Maria College and certification as dementia friend trainer. 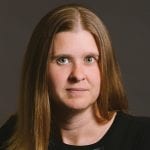 Happier Valley Comedy, a nonprofit dedicated to bringing more laughter, joy, and ease to Western Mass. (and the world) through the tenets of improv comedy, named Meghan Lynch to its board of directors. Lynch is the CEO of Six-Point Creative in Springfield, a brand strategy agency serving second-stage businesses. Lynch co-founded Six-Point in 2007 and was named an Enterprising Woman of the Year in 2019 for her company’s growth and her commitment to supporting other women entrepreneurs. Lynch first became acquainted with Happier Valley Comedy when its president and founder, Pam Victor, facilitated a THROUGH LAUGHTER Professional Development workshop for the Women Presidents’ Organization, of which she’s a member. In 2017, Lynch invited Victor to Six-Point Creative to facilitate the first of many professional-development workshops for the staff and clients.

The Mass Cultural Council announced the 2020 Artist Fellowship awards in drawing and printmaking, poetry, and traditional arts. Among this year’s fellowship awardees is artist Kelly Popoff, faculty member in the Art Department at Greenfield Community College (GCC). The awards include 19 fellowships of $15,000 and 16 finalist awards of $1,500. Applications were open to all eligible Massachusetts artists. A total number of 632 applications were received: 363 in drawing and printmaking, 243 in poetry, and 26 in traditional arts.