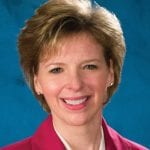 The board of directors of Big Y Foods Inc. announced the appointment of Theresa Jasmin as CFO following the recent retirement of William Mahoney. She is responsible for the company’s strategic planning, finance, accounting, treasury, and tax functions. As a senior member of the executive team, she reports to Charles D’Amour, president and CEO, along with Big Y’s board of directors. She also represents the first woman to be appointed to the company’s C-suite. Jasmin has more than 25 years of experience in the food industry. She began her career at Friendly Ice Cream Corp., where she held senior management positions in both Treasury and Accounting. She joined Big Y in 2005 and held several positions of increasing responsibility in accounting and finance. She became controller in 2010. In 2014, she was appointed senior director of Finance, followed by vice president of Finance in 2016 until her new appointment. Jasmin holds a BBA from the Isenberg School of Management at UMass Amherst and an MBA from Western New England University. In 2014, she was named a Top Woman in Grocery by Progressive Grocer magazine and was a founding member of Big Y’s Women LEAD (Leaders Engaged in Action and Development), the company’s first-ever employee-resource group charged with inspiring and empowering women. She currently serves on the executive committee and as treasurer for the YMCA of Greater Springfield. She also serves on the finance committees for both the Massachusetts and Connecticut Food Associations. 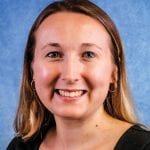 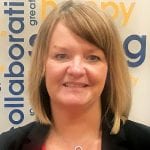 Florence Bank announced that Dawn Harrington was recently selected as a recipient of its President’s Award. The President’s Award was established by the bank in 1995, affording employees the annual opportunity to nominate their peers for this prestigious honor that recognizes outstanding performance, customer service, and overall contribution to Florence Bank. Harrington was nominated by numerous colleagues. Harrington, a senior mortgage underwriter in the main office’s Mortgage Origination department, joined Florence Bank in 2016 and has 19 years of banking experience. She earned her associate degree in legal studies from Bay Path University.

CISA (Community Involved in Sustaining Agriculture) recently welcomed three new board members: Myra Marcellin, vice president and senior loan officer at Farm Credit East; Tessa White-Diemand, of Diemand Farm in Wendell; and Elizabeth Wroblicka, environmental consultant at Conservation Works. The three were voted in during CISA’s annual meeting, held virtually on May 21, and will serve three-year terms. CISA, a South Deerfield based nonprofit, strengthens farms and engages the community to build the local food economy. CISA’s board is made up of both farmers and community members who represent a range of business and community ties. These three board members have expertise in a variety of topics directly related to CISA’s work, including firsthand farming experience, land conservation, and farm financing. Marcellin serves in the local community, participating in the music ministry at her church, and she had served on the board of directors of the Boys & Girls Club Family Center until mid-2019. She has served in the agricultural community as well, representing Farm Credit East in various capacities and previously serving on the Massachusetts Agriculture in the Classroom board of directors. She currently serves as a regular trustee to the Eastern States Exposition, representing the state of Massachusetts. White-Diemand returned to her family farm in 2017 after working in the social-work field for many years. She is the third generation to work the Diemand Farm in Wendell, raising grass-fed beef cattle, broiler chickens, cage-free laying hens, and pasture-raised turkeys. The farm also has a small commercial kitchen that produces value-added products which are sold at their small farm store and across the Pioneer Valley. Wroblicka has dedicated her more than 25-year career to protecting important natural resources, including many farms and forests in the Pioneer Valley. Currently, as part of a team of environmental consultants at Conservation Works, LLC, she specializes in land-conservation transactions and helping landowners figure out the best way to protect their land. She has served as chief of Wildlife Lands for the Massachusetts Division of Wildlife, on staff at several land trusts, and as an attorney in private practice.