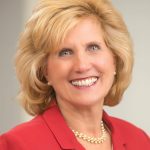 Jane Albert, senior vice president and chief consumer officer at Baystate Health, will retire on July 1, following 20 years of service with the system. Albert joined Baystate Health in 2002 as manager of Medical Practices Marketing and developed the first marketing plan to integrate legacy physician groups into the organization known today as Baystate Medical Practices (BMP). She then expanded her scope as manager of Corporate Marketing for the whole health system. She went on to deepen her focus on the external environment in subsequent roles in Public Affairs, Strategic Communications, and Community Relations. Albert then returned to BMP to stand up its first Office of Physician Referral Services, with a focus on improving access to care. She was recruited back to the system level with a promotion to vice president of Philanthropy and executive director of Baystate Health Foundation (BHF). During four years at the foundation, she developed a comprehensive strategic plan that led to a more balanced portfolio of events, major gifts, and planned giving, all tracked by a dashboard of performance metrics. Her work led to significant growth in overall giving and greater diversification of BHF’s philanthropic activities. She was promoted again in 2017 to senior vice president of Marketing, Communications and External Relations, a role which included the areas of BHF and Government & Community Relations. She brought in experienced leaders for all three areas and oversaw dramatic growth across all her areas of responsibility. Key activities included the “Advancing Care. Enhancing Lives” brand campaign, the growth of more broad and sophisticated governmental advocacy efforts, and continued growth in philanthropy. During the pandemic, Albert’s scope was enlarged yet again to her current role. She collaborated with other members of the President’s Cabinet to develop the health system’s 2025 Consumer Strategy with a focus on access to care, a new digital platform, and the importance of recognizing the unique needs of individual patients and families. 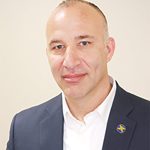 Berkshire Bank announced the promotion of Ryan Shorette to senior vice president, Retail Branch Banking. In this new role, he will oversee all 105 branches across Massachusetts, Vermont, Connecticut, Rhode Island, and New York. Prior to this promotion, he was first vice president, regional branch manager at Berkshire Bank for the last eight years. Shorette has more than 25 years of retail banking experience and has held a number of leadership positions. Before joining Berkshire Bank, he worked at Bank of America and Webster Bank. He has been nominated for the New Leaders in Banking Honors Award from the Connecticut Bankers Assoc. and has a proven track record of successfully developing leaders and enhancing the customer experience. He earned his bachelor’s degree in finance from Central Connecticut State University. Outside of work, Shorette is an active volunteer, coaching youth sports for the towns of Bristol and Plainville, Conn. He has also participated in Christmas in April, the United Way Day of Caring, and Hands on Hartford, a COVID-19 virtual event assembling comfort kits for those in need. Beyond these civic efforts, he also served as an executive board member for the American Heart Assoc. Heart Walk in Hartford, Conn. 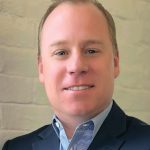 Country Bank, announced that Patrick O’Hara has joined its Commercial Lending Division in Worcester. A 17-year industry veteran with immersive client engagement, O’Hara will architect and deliver strategies to support growth in the commercial banking portfolio. O’Hara has held several positions in commercial lending and business development with SunTrust Bank, Bank of America, Santander Bank, and, most recently, Citizens Bank covering the Worcester and MetroWest Boston markets before joining Country Bank. In his new role, he will serve Central and Eastern Mass. to support businesses throughout the region. O’Hara holds a bachelor of Arts degree from Providence College, he is accredited in Commercial Credit from Omega Performance, and has received multiple top performer and excellence awards throughout his career. He is also an avid supporter of St. Vincent De Paul and New Horizons, which supports veteran’s issues and mental health. “I’m extremely excited to join a bank with such an impressive history of helping businesses grow and thrive in our region,” said O’Hara. “Country Bank is one of the most well-capitalized banks in the market, with a tremendous reputation for integrity and service to the community.I look forward to contributing to our continued growth and success across central and eastern Massachusetts, and beyond.” 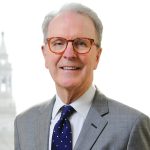 Attorney James Martin has joined the Springfield office of Pullman & Comley, LLC. Martin has more than 43 years of experience practicing in the areas of corporate and business counseling, commercial real estate, real estate planning and permitting, solar and wind, and litigation. He is also recognized as a leading automotive franchise attorney throughout New England. He has handled the purchase and sale of numerous car dealerships and related real estate, franchise negotiations, floor plan and real estate financing, in addition to litigation arising from the operation of a dealership. ​​He is a member of the National Assoc. of Dealer Counsel and the Massachusetts Automobile Dealer Association. Martin received his B.A. from Georgetown University and his J.D. from Georgetown University Law Center, and is admitted to the Massachusetts Bar, U.S. Supreme Court, U.S. District Court and the Massachusetts and U.S. Tax Court. He has been named to Best Lawyers every year since 2001 and Massachusetts Super Lawyers since 2009. He previously practiced with the law firm Robinson Donovan, P.C. The addition of Martin and his team marks a noteworthy expansion for Pullman & Comley’s Springfield office, which was established in 2019. Drawing on resources from across the firm’s eight offices, in addition to Martin’s areas of practice, the Springfield office specializes in commercial property tax appeals and eminent domain matters, employment law and more. Martin is the former chairman and a former trustee of Baystate Medical Center and was recently appointed as a trustee for Springfield Museums, where he also serves as vice chair of the Museum Committee. He serves on the Springfield Riverfront Development Commission and is the chairman of the board of directors of the Basketball Hall of Fame Tip-Off Classic. He has also served as a youth sports coach in Springfield and Longmeadow. 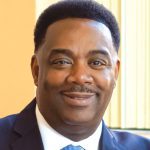 Pathlight, an organization serving people in Western Mass. with developmental and intellectual disabilities, has named human services leader John Roberson as its new executive director. Throughout his career, Roberson has designed and implemented programs tailored to meet the needs of vulnerable children and families. He brings an extensive background in leadership and operations for community-based residential programs and a passion for improving the quality of life for individuals with disabilities and special needs. Most recently, Roberson was vice president of Children & Families for the Center for Human Development (CHD), where he was responsible for management of a $25 million annual budget and expansion of services with local, state and federal agencies for a division that provides housing, child development, behavioral health and court guided support services. Prior to becoming vice president, he served in a variety of capacities including managing two large residential facilities as CHD’s director of Juvenile Justice Programs. Previously, he was a lead treatment supervisor for the Hampden County Sheriff’s Department, where he supervised treatment staff and developed treatment programs for inmates housed in the Pre-Release Center. Roberson is a member of the Child Welfare League of America and the American Correctional Association. He has served as a board member of the Correctional Association of Massachusetts, the Restorative Justice Collaborative of Hampden County, and the Martin Luther King Jr. Charter School of Excellence. He holds an M.S. from Cambridge College in Springfield. He will assume his responsibilities as executive director of Pathlight on May 2. 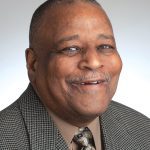 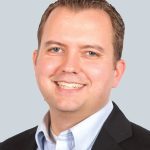 UMassFive College Federal Credit Union (UMassFive) announced the retirement of board member Sam Killings at its 55thAnnual Meeting on March 23. New director Jeremiah Bentley was elected to the open position at the virtual event.Killings is retiring from the UMassFive Board of Directors after serving since 1998. During his tenture, Killings served on the credit union’s Asset and Liability Management Committee, which he chaired for several years, as well as the Human Resources Committee and the Diversity Task Force. He holds a bachelor’s degree in Accounting and 42 years of experience as an internal auditor and assistant controller for Research Accounting at UMass Amherst. With his retirement, Killings was recently honored with the status of director emeritus, the first person to hold this title at the credit union. Bentley has been a member of UMassFive since 2015, when he moved to the area after completing his Ph.D. in accounting from Cornell University. He previously served as a volunteer on the credit union’s Asset and Liability Management Committee. He currently serves as a research foundation director for the Institute of Management Accountants, and in multiple positions with the American Accounting Association. He is also the Richard Dieter & Susan Dieter Faculty Fellow and associate professor at UMass Amherst, where he teaches financial and managerial accounting and examines how accounting systems change the way people think about and report on their performance. 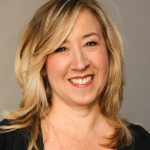 Shakespeare & Company, a theater performance, education, and training outfit now celebrating its 45th year, announced the appointment of Amy Handelsman as managing director, effective May 1. Handelsman accepted the position following an executive search process led by Arts Consulting Group (ACG), and comes to the company with more than two decades of diverse experience in theater, dance, film, and television, particularly in the areas of nonprofit management, business development, and strategic planning.In her new position, Handelsman will be responsible for championing Shakespeare & Company’s artistic vision through the development of new and expanded income streams, expansion, and cultivation of the company’s Board of Trustees; supervision of administrative, marketing, and fundraising efforts, and ongoing engagement with various constituents in the Berkshire County community. Most recently, Handelsman served as managing director of GALLIM, a movement production company based in Brooklyn, N.Y., which has staged productions at Lincoln Center’s Hearst Plaza, New York City Ballet, the Martha Graham Dance Company, Ailey II Dance Company, and other venues.She serves on the Artistic Council of the Eugene O’Neill Theater Center’s Playwrights Conference, and has worked as a curator, dramaturge, project manager, and consultant for a wide range of clients including the Hip-Hop Theater Festival (Hi-ARTS), HBO’s U.S. Comedy Arts Festival, and locally with Jacob’s Pillow and the Batsheva Dance Company’s 2018 Summer Tour.