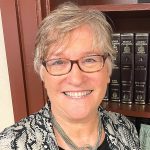 Doherty, Wallace, Pillsbury & Murphy, P.C. announced the hiring of Lisa Halbert as an attorney in the law firm’s Northampton office. Halbert joined Doherty, Wallace in July and brings more than 30 years of experience in representing clients throughout Western Mass. Halbert has an extensive background in elder law and estate planning, estate and trust administration (including estate-tax return preparation), special-needs trusts, asset-protection planning, residential real estate, and preparation of personal and fiduciary income-tax returns. She is available to assist clients in Hampshire, Hampden, and Franklin counties. Since 2016, Halbert has served on the board of directors for Lathrop Community located in Easthampton and Northampton, and currently serves as its secretary. She is a member of the National and Massachusetts Associations of Elder Law Attorneys, the Massachusetts Bar Assoc., the Hampshire County Bar Assoc., and the Pioneer Valley Estate Planning Council. 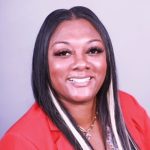 KeyBank announced that Malissa Naylor has joined the bank as vice president, Business Banking relationship manager for the Hartford and Springfield areas. In her new role, she will provide customized financial solutions such as commercial lines of credit, SBA financing, equipment financing, cash management, merchant services, and more to businesses with sales revenues between $3 million and $25 million annually. She reports to Allison Standish-Plimpton, Business Banking sales leader for KeyBank’s Connecticut and Massachusetts market. Naylor brings to KeyBank more than 15 years of banking experience, most recently as a business banker with Webster Bank. She has also held various branch-network management roles with New Valley Bank and Trust, PeoplesBank, and TD Bank. She is active in her community, volunteering with Home City Development Inc., Springfield Young Professional Assoc., Holy Redeemer Cathedral, Vision Intervention Technology Academic Learning Center, YMCA of Greater Springfield, East Longmeadow Lions Club, and numerous chambers of commerce in both Connecticut and Massachusetts. 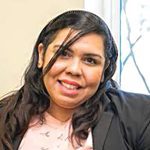 Nayroby Rosa, director of Community Engagement and Resident Services for OneHolyoke CDC, has been appointed to the Holyoke Community College (HCC) board of trustees by Gov. Charlie Baker. Her term will expire on July 10, 2027. An HCC alumna, Rosa graduated in 2010 with an associate degree in human services before transferring to UMass Amherst, where she earned a bachelor’s degree in child and youth services through the University Without Walls program. Rosa, a certified nursing assistant and home health aide, got her start in human services as a personal-care attendant for Community Enterprises, assisting patients with their daily living and transportation needs. Since then, she has worked as site director and case manager for the YMCA in Springfield, home health aide for Home Health Solutions, program specialist for HAP Inc., and resident services coordinator for Beacon Residential Management. She has been employed in her current position at One Holyoke since 2018. 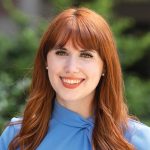 Social-media platforms, like New England weather, seem to change by the minute. For that reason, Mary Cate Mannion, digital PR analyst and video producer at GCAi, was tapped to lead a panel of experts through a discussion of best practices and new innovations at New England Financial Marketing’s (NEMFA) fall conference in Worcester. Joining Mannion on the “Navigating New Media: How to Evaluate Emerging Trends” panel were Anna Baskin, content manager at Service Credit Union; Justin Roberts, vice president of Marketing for Country Bank; and Kristin Sundin Brandt, president of Sundin Marketing. “The experts were focused on metrics — specifically, the metrics that matter to your organization,” Mannion explained after the conference. “Content was also a focus, and the discussion focused on the power of these platforms for highlighting community support and corporate responsibility efforts.” Mannion was also the keynote speaker at the NEFMA 2022 Awards Show, where she presented on “What’s Old is New: How the Age-old Art of Storytelling Will Set Your Existing Media Channels on Fire.” 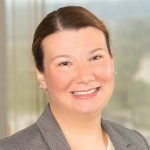 Amelia Holstrom, a partner at Skoler, Abbott & Presser, P.C., a leading labor and employment law firm, was recently appointed to the Wilbraham Commission on Disabilities by the Wilbraham Board of Selectmen. The commission provides information, referrals, and technical assistance to individuals, businesses, and organizations in all matters pertaining to disability. It acts as an advocate for disabled individuals, their family members, and caregivers, and also advises and assists Wilbraham businesses and municipal officials in ensuring compliance with disability laws. Holstrom’s involvement will include promoting awareness of disability-related issues and assisting in compliance with the Americans with Disabilities Act and state disability laws. Holstrom, who joined Skoler Abbott in 2012, defends employers against claims of discrimination, retaliation, harassment, and wrongful termination, as well as actions arising under other employment-related laws. She also frequently provides counsel to management regarding litigation-avoidance strategies.

Pioneer Valley Planning Commission (PVPC) Chair Walter Gunn announced the completion of a new five-year contract with Executive Director Kimberly Robinson, who has led the PVPC — the state-designated regional planning agency for Hampden and Hampshire counties — since October 2019. Robinson came to the PVPC after serving as executive director of the Truckee Meadows Regional Planning Agency in Greater Reno, Nev. for more than seven years. Additionally, she has held leadership positions for Washoe County, also of Greater Reno, as well as the city of Detroit. 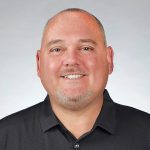 OMG Inc., a Steel Partners company and a leading manufacturer of fasteners, adhesives, and construction-productivity tools, has named Jeffrey Gelinas manager of Sales Training for its FastenMaster and Roofing Products divisions. In his new role, Gelinas will develop and manage a comprehensive sales-training program focused on reducing time to proficiency for sales personnel in both company divisions. Specific responsibilities include developing curriculum, role-specific sales training, as well as analytics for measuring program effectiveness. He will also oversee new hire training as well as advancement training for sales personnel moving into new roles. Gelinas joined OMG from Westfield Middle School, where he has been teaching science since 2007 and was on the team that helped develop the school district’s current science curriculum. In addition to the classroom work, he has also been coaching at the collegiate level, overseeing the women’s golf program at Westfield State University since 2021. He has also been actively involved in coaching a variety of teams at Westfield High School and numerous youth sports programs in Western Mass. for years. Prior to his teaching career, Gelinas held various sales positions for Tommy Hilfiger Golf, TaylorMade/Adidas, Sanofi Pharmaceuticals, and Spalding Sports Worldwide. He holds a master’s degree in education from UMass Amherst, a bachelor’s degree in business administration from Westfield State University, and an associate degree from Holyoke Community College.

Excel Dryer Inc., manufacturer of the XLERATOR hand dryer, announced that Timothy Bates has joined its growing team as senior director of Operations. He has more than 35 years of industry experience and has spent nearly 25 years in a senior management role. Bates is a graduate of the University of Massachusetts with a degree in industrial engineering. Since starting his career as an industrial engineer, he has held various positions, each with increased responsibilities, including positions such as program manager, director of operations, and general manager/vice president at organizations like Kaman Aerospace Corp. and TigHITCO. At Excel Dryer, Bates will oversee manufacturing and warehouse operations, ensuring the facility is running in a safe, efficient, and profitable manner. 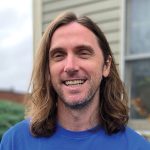 United Way of the Franklin and Hampshire Region announced that Geoff Naunheim will take on the role of executive director. Naunheim, who has served as interim executive director since the departure of former Executive Director John Bidwell in April, brings five years of experience within the organization. Most of Naunheim’s tenure at United Way has been spent running its Community Investment program, a term used to describe the community-informed process of distributing community funds and creating partnerships with local nonprofits that are addressing the greatest needs of the region. Naunheim was also instrumental in developing and expanding United Way’s Diaper Bank, which distributes over 100,000 diapers a year across Franklin and Hampshire counties. Before joining United Way’s Development team in 2017, Naunheim worked in the development departments of two nonprofits focused on education and literacy. He is currently the board president of the Council of Social Agencies of Hampshire County. 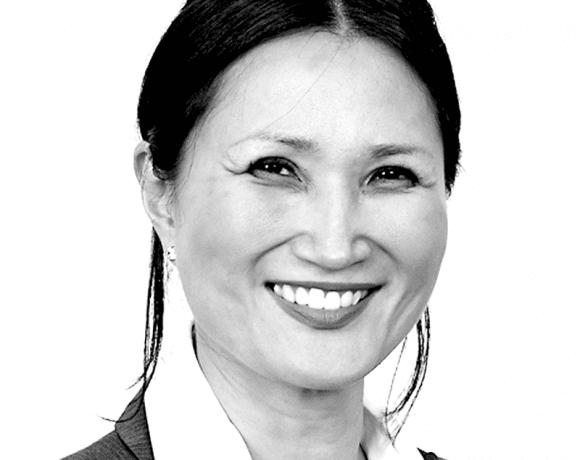