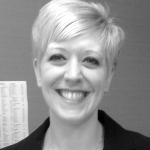 Florence Savings Bank announced that Jessica Young has been selected as a recipient of the President’s Award for 2014. The President’s Award is an annual tradition established by the bank in 1995. It affords employees opportunities to nominate their peers for this prestigious award, which recognizes outstanding performance, customer service, and overall contribution to Florence Savings Bank. Young, a Senior Teller at the Bank’s Florence branch, joined FSB in 2011. She holds a bachelor’s degree in business administration and liberal arts from Southern Vermont College in Bennington. The Sharon Springs, N.Y. native was nominated by her peers for “her personable, friendly, and outstanding customer service,” said Diane Gould, Senior Vice President and Human Resources Director, who added, “Jessica’s peers applauded her calm demeanor in even the most challenging situations, as well as her creative problem-solving skills.” John Heaps Jr., President and CEO of Florence Savings Bank, said, “we are very pleased that Jessica received such strong support and recognition from her peers and has won the President’s Award for 2014. Every day she demonstrates her deep knowledge of banking and dedication to our customers.”
•••••

The regional law firm Bacon Wilson, P.C. announced that Todd Ratner, Esq. has been honored by Massachusetts Lawyers Weekly as a 2014 “Excellence in the Law” honoree. This event recognizes 25 up-and-coming attorneys for their outstanding accomplishments in the legal community in 2013. Ratner is a member of Bacon Wilson’s Estate Planning and Elder Law department whose practice includes sophisticated estate-planning issues. Additional areas of practice include commercial and residential real estate together with general business and corporate law. Ratner serves on the boards of many charitable entities, including co-chair of the Alzheimer’s Assoc. Tri County Partnership, is a graduate of the Affiliated Chambers of Commerce of Greater Springfield’s Leadership Institute 2007, and taught elder law at American International College. He is a frequent lecturer and has written numerous business, estate-planning, and real-estate articles. Ratner earned his JD from the Pennsylvania State University School of Law, his MBA from Boston University Graduate School of Management, and his bachelor’s degree from Babson College. With 40 attorneys, Bacon Wilson, P.C. is the largest law firm in Western Mass. The firm’s four offices are located in Springfield, Westfield, Northampton, and Amherst.
•••••
Easthampton Savings Bank announced the following: 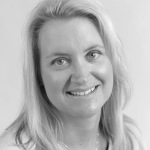 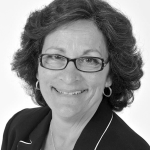 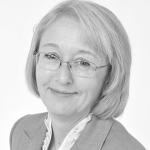 Katrina Dziedzic has been promoted to Assistant Vice President Branch Officer. She joined ESB as a Branch Officer in Westfield in 2007, and in 2011 was promoted to Senior Branch Officer. She had 22 years prior banking experience with Bank of America and its predecessor banks. Dziedzic has an associate’s degree from Springfield Technical Community College. She is currently a member of Kiwanis of Westfield, treasurer for Our Savor Lutheran Church in South Hadley, and treasurer for the Business Improvement District in Westfield; 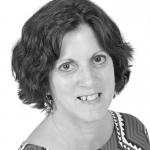 • Karen Craig has been promoted to Senior Branch Officer. She joined ESB as Assistant Branch Manager of the Hadley office in 2001. In 2012 she was promoted to Branch Officer of the King Street, Northampton office. Craig had more than 15 years of banking experience at BayBank, BankBoston, and Fleet, where she progressed from Teller to Head Teller, Sales and Service Representative, and Senior Sales and Service Representative and Assistant Branch Manager. She is a member of the Northampton Rotary and the Northampton Chamber of Commerce; and 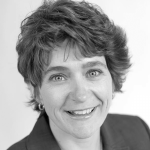 • Susanne deVillier has been promoted to Senior Branch Officer. She joined ESB as a Branch Officer in Agawam in 2010. She had 15 years prior banking experience with TD Bank, as Retail Banking Officer, at Hampden Bank as a Branch Manager, and at SIS Bank as a Retail Banking Officer. She has a bachelor’s degree in business administration from American International College. She is co-founder of the Down Resource Group of Western Mass., is involved in Griffin’s Friends for Children and Families, is an active board member of Blandford Ski Club, and is involved in fund-raising for various school programs.
•••••
Loomis Communities announced the following: 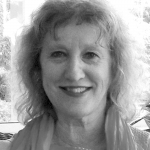 • JoAnne O’Neil has been appointed Director of Sales and Marketing at Loomis Lakeside at Reeds Landing. In this role, she is responsible for educating older adults and their families on the benefits of living in a community that offers independent-living cottages and apartments, assisted living, skilled nursing care, and medical offices, with primary-care physician services, all under one roof. “I feel like I have come home because my parents lived at Loomis Lakeside at Reeds Landing for many years,” said O’Neil. Prior to joining Loomis Communities, she worked as Director of Resource Development at HAPHousing. She holds a master’s degree in nonprofit management and philanthropy from Bay Path College and a bachelor’s degree in public health from the UMass Amherst; and 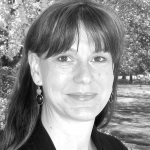 • Kristina Hontz has been appointed Clinical Nurse Liaison. In this role, Hontz provides education to area physicians, hospital staff, individuals, and families on the rehabilitative and long-term care available at the Nursing Centers at Loomis House in Holyoke and Loomis Lakeside at Reeds Landing in Springfield. In addition, she conducts pre-admission assessments and works with Loomis Communities staff to develop new programs and services. Prior to her appointment, she was a Charge Nurse at Loomis House Nursing Center. Hontz is working on her BSN at Elms College.
•••••
The members and board of Massachusetts Municipal Wholesale Electric Co. (MMWEC) recently elected directors and officers of the organization, which is entering its 45th year in service to the consumer-owned municipal utilities of Massachusetts. MMWEC was created in 1969 and became a nonprofit, public corporation and political subdivision of the Commonwealth in 1976, empowered to issue tax-exempt bonds to finance energy facilities for the benefit of municipal utilities and their customers.
• Paul Robbins, a gubernatorial appointee to the MMWEC Board of Directors, was re-elected by the board to his third one-year term as Chairman;
• Peter Dion, General Manager of the Wakefield Municipal Gas & Light Department, was re-elected by the MMWEC membership to his sixth one-year term as President of MMWEC.
Representatives of MMWEC’s 21 member municipal utilities also re-elected three directors to three-year terms on the board, including:
• James Lavelle, Holyoke Gas & Electric Department Manager;
• Philip Sweeney, Marblehead Municipal Light Department Commissioner; and
• Jonathan Fitch, West Boylston Municipal Light Plant Manager.
Additional MMWEC officers for the coming year, as elected by the board, are:
• Ronald DeCurzio, Chief Executive Officer and Secretary;
• Matthew Ide, Treasurer;
• Stephen Smith, Assistant Treasurer;
• Nancy Brown, Assistant Secretary; and
• Nicholas Scobbo Jr., General Counsel.
Other MMWEC directors, elected previously by the membership, are:
• Kevin Kelly, Groton Electric Light Department Manager;
• Gary Babin, Mansfield Municipal Electric Department Director; and
• Jeffrey Cady, Chicopee Electric Light Manager; and
• Sean Hamilton, Sterling Municipal Light Department General Manager.
••••• 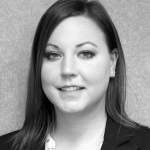 Springfield-based FIT Solutions LLC announced that Meghan Fallon has joined the company as a Technical Recruiter. In her new role, Fallon will be responsible for sourcing technical talent in the information technology field for FIT Solution’s client base in Massachusetts and Connecticut. She brings with her several years of staffing and recruiting experience across a wide spectrum of industries. She has a bachelor’s degree from UMass Amherst in sociology and communications.
Tags: Education Estate Planning Law Nonprofit Management People on the Move