Royal LLP, a management-side only labor and employment law firm, announced the following: 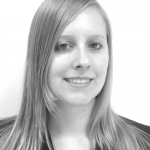 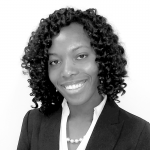 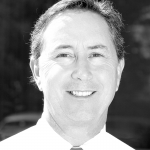 Meredith-Springfield Associates Inc., a plastics manufacturer specializing in extrusion blow molding and injection stretch blow molding, announced the addition of Drew McNary as Director of Engineering at the Ludlow-based manufacturing facility. McNary has more than 30 years of broad-based industry experience driving the development of highly successful, market-leading consumer products, packaging, and medical devices. In his new role at Meredith-Springfield, he will oversee all technical functions and staff.
•••••
The Berkshire Museum announced the addition of Britney Schline to the staff as Collections Manager. Berkshire Museum, a Smithsonian affiliate, holds encyclopedic collections comprised of more than 30,000 objects, including art, artifacts, decorative arts, ethnography, natural specimens, and living collections. In her new role, Schline will oversee the museum’s permanent collections as well as work closely with the exhibition team led by Maria Mingalone, the museum’s director of interpretation. “Britney’s approach to collections management is in line with our institutional goals to bring collections alive for our visitors. She has a fresh perspective on how collections can leverage the 21st-century museum as a place where people have meaningful experiences with one another around objects,” said Mingalone. “Schline also brings a passion to finding innovative means to connect our visitors to our collections and to one another, whether it is in the galleries, through special programming, on our website, or through social media.” Schline is a recent graduate of the Cooperstown Graduate Program and holds a master’s degree in museum studies. Before completing her graduate degree, she held the position of decorative arts collections assistant at the Berkshire Museum, assisting the museum in cataloguing its ceramic and Asian art collection under an IMLS grant. Most recently, she served in the collections department at the Fenimore Art Museum and the New York State Historical Assoc. Last summer, Schline was an Edward I. Koch fellow at the Historic House Trust of New York City, where she coordinated the Roof Raisers Curatorial Brigade volunteer program. She has also previously interned at Wadsworth Atheneum and the Schoharie County Historical Society.
••••• 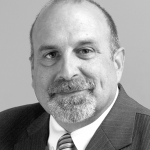 David Pickart, Senior Environmental Scientist at Vanasse Hangen Brustlin, has relocated to the firm’s Springfield office. In his role, he will continue to manage projects that address the identification and assessment of natural resources. Pickart will oversee the preparation and processing of permit applications to local, state, and federal environmental regulatory agencies. Additional responsibilities include growing and leading a team of environmental scientists to service existing and new clients located in Western Mass. and Central Conn. Pickart has 28 years of experience working on complex projects throughout the Northeast.
•••••
Massachusetts College of Liberal Arts (MCLA) announced that Gov. Deval Patrick recently appointed Lisa Chamberlain, Managing Partner of the Chamberlain Group, based in Great Barrington, as the newest member of the MCLA board of trustees. She succeeds outgoing trustee Steve Crowe, who recently completed his term of service. Founded in 1999, the Chamberlain Group is a Massachusetts-based studio that designs and builds mimetic organs for surgical and interventional training. It is a collective of sculptors, designers, fabricators, engineers, and model makers who work collaboratively with medical-device manufacturers, leading surgeons, and teaching hospitals worldwide. A graduate of Princeton University with graduate work at Yale, Chamberlain later joined the Academy Award-winning, New York City-based design and effects studio R/GA, where she met and collaborated with Eric Chamberlain. Together, they were instrumental in building R/GA’s reputation for work in feature films, graphic design, computer graphics, and digital video. Their combined film credits include effects, opening titles, and feature campaigns for Superman, The World According to Garp, Zelig, Predator, Predator II, The Big Chill, Tootsie, Gandhi, Body Double, Ghostbusters, Judge Dredd, Eraser, and The Matrix.
•••••
New England Environmental Inc. (NEE) announced that Michèle Grenier has joined its Amherst office as a Senior Scientist. Grenier is a professional wetland scientist, certified wetland scientist, and associate wildlife biologist, and is also OSHA 40-hour HAZWOPER certified. She has bachelor’s and master’s degrees in biology from Cornell University. Grenier has more than 20 years of experience in environmental consulting. Her experience includes state and federal wetland and riverfront delineation, wildlife-habitat evaluations, functions and values assessment, vernal-pool identification, and municipal, state, and federal permitting. She currently serves on the Conservation Commission in the town of Dracut. With offices in Amherst and Middlefield, Conn., NEE is a full-service environmental-consulting firm.
•••••
Karen Curran, Financial Consultant at Thomson Financial Management, has received her CFP (certified financial planner) designation. The CFP mark distinguishes those individuals who have met the rigorous experience and ethical requirements of the CFP board, successfully completed financial-planning coursework, and passed the extensive CFP certification examination. Curran has worked at Thomson Financial since 2008 and is a registered representative, with securities and financial planning offered through LPL Financial, a registered investment advisor, member FINRA/SIPC.
•••••
William Crawford IV, CEO of United Bank and United Financial Bancorp Inc., announced that David Reynolds Jr. recently joined United Northeast Financial Advisors, a division of United Bank, as Assistant Vice President. United Northeast Financial Advisors, located at United Bank and Rockville Bank, provides customized investment solutions to customers. As United’s newest financial advisor, Reynolds will be responsible for covering the bank’s branches in Suffield, Agawam, Feeding Hills, and Windsor Locks. He is based at Rockville Bank’s Suffield branch located at 275 Mountain Road. Reynolds comes to United Bank with more than 20 years of experience in investment and securities-related organizations, including expertise in investment-product and brokerage-industry knowledge and defined contribution, pension, and investment-product sales experience. Most recently, he was regional sales director for American United Life Insurance Co. in Glastonbury from 2007 to 2014, where he was responsible for half of the company’s New England territory, earning recognition for top-10 sales performance. From 2000 to 2007, Reynolds was regional vice president for Wachovia Bank/Evergreen Investments in Hartford, and was vice president and principal of USI Consulting Group in Glastonbury, an employee-benefit consulting firm, for 11 years. His extensive career in financial services also includes his role as vice president of Finance and treasurer for North American Holding Corp., a diversified financial-services firm.
••••• 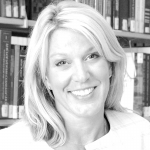 Kandace Kukas has joined Western New England University School of Law as the Assistant Dean and Director of Bar Admissions Programs. Kukas will design, administer, and oversee the law school’s bar-examination preparation efforts and activities, including teaching classes, counseling bar applicants, and working with students on an individual and group basis. The position was created to assist Western New England School of Law students with the increasingly complex process of applying to and preparing for the bar examination. Working closely with faculty, staff, and commercial bar-preparation companies, Kukas will be responsible for implementing a comprehensive bar-passage program commencing in a student’s first year of law school and continuing throughout the law-school program. Kukas has worked in test preparation for the Kaplan and Pre-Multistate Bar Review organizations for 18 years, specifically focusing on bar review for nearly 10 years. She has created curricula for bar-preparation courses, taught bar-review programs at several law schools, and tutored and lectured in commercial bar classes. She practiced law for five years before moving into academic-support roles. Kukas received her juris doctor with honors from Suffolk University School of Law, and a bachelor’s degree in social work, also with honors, from Salem State University.
••••• 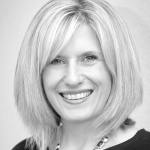 At its annual meeting in June, the Professional Women’s Chamber (PWC), an affiliate of the Affiliated Chambers of Commerce of Greater Springfield, elected Janet Casey President of its board of directors, serving a two-year term. Casey is the Principal at Marketing Doctor in West Springfield, a marketing and advertising agency. Before establishing Marketing Doctor, she was a senior sales account executive for LIN Media and advertising account executive for Guy Gannett Broadcasting. She is a Massachusetts delegate to Vision 2020, a national coalition united in the commitment to achieve women’s economic and social equality, and is a corporate committee member for the Women’s Fund of Western Massachusetts. A graduate of the UMass Isenberg School of Management, Casey has served on the PWC board since 2007, most recently as its vice president.
Tags: Employment Insurance Law Manufacturing People on the Move