William Crawford IV, CEO of United Financial Bancorp Inc. and United Bank of Glastonbury, Conn., announced that United Bank has recruited the following bankers from People’s United Bank to cover the Greater Springfield region:
• Dan Flynn, Executive Vice President and Chief Operating Officer for Wholesale Banking. Flynn will report to David Paulson, executive vice president and head of Wholesale Banking. His primary role will be to drive numerous enterprise-wide commercial-banking functions for United’s wholesale-banking team. He will have oversight of United’s Greater Springfield commercial banking operations, as well as management responsibilities for the bank’s shared-national-credit business and all business-banking teams. Most recently, Flynn was senior vice president and market manager at People’s United Bank, primarily for Western Mass., for seven years, where he was responsible for managing and coordinating all aspects of C&I lending activities. In his previous roles at People’s United, he held similar responsibilities for managing and coordinating all aspects of a significant C&I portfolio in the Central Mass., Western Mass., and Vermont markets. Before People’s United acquired Bank of Western Massachusetts, Flynn was executive vice president and senior lender from 1989 to 2009 for the Bank of Western Massachusetts.
• Tony Liberopoulos, Senior Vice President and Commercial Banking Regional Executive. Liberopoulos, who will be directly responsible for United Bank’s commercial-banking practice in Greater Springfield, brings 27 years of commercial-banking experience, most recently holding the position of senior vice president and regional manager for People’s United Bank in Springfield. He also spent more than a decade at Fleet Bank and BayBank in various positions, including underwriting, loan resolution, and lending.
• Rick Rabideau, Senior Vice President and Commercial Banking Team Leader. Rabideau also comes to United from People’s United Bank, where he most recently served as senior vice president and team leader. He will take on a dual responsibility with United as a commercial banking officer, focusing on developing and growing commercial-banking opportunities as well as a player-coach role in leading and mentoring other teammates on the commercial team. Rabideau’s career in banking started in 1986 with Shawmut Bank, where he was a commercial banker from 1988 to 1996. He then joined First International Bank/UPS Capital, eventually ascending to senior vice president with the key responsibility of managing 10 lenders who made up the Springfield and Hartford market lending units. In 2008, he joined People’s United Bank.
• Sheryl McQuade, Senior Vice President and Massachusetts Senior Credit Officer. McQuade has more than 25 years of corporate and commercial banking experience, most recently serving as senior vice president, commercial regional leader for Berkshire Bank, where she was responsible for all commercial teams and production in Connecticut. She worked for Bank of America and predecessor banks in a variety of senior production and credit roles for the business-banking, middle-market, and corporate-banking divisions.
••••• 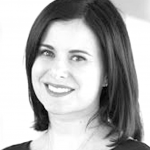 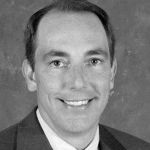 Christopher Neronha, an attorney with extensive experience in higher education, has been named General Counsel at Springfield College. Neronha will provide legal counsel and guidance to the leadership of the college and will serve as secretary to its board of trustees. He will be a member of the president’s senior leadership team. Neronha has 19 years of experience as an in-house corporate attorney, nine of those as a senior in-house attorney for Roger Williams University in Bristol, R.I., where he previously was employed since 2006, as the associate general counsel and executive director of risk management. Prior to Roger Williams, Neronha was assistant general counsel and assistant secretary at National Life Insurance Co. in Montpelier, Vt., where he provided legal support for all company operations. He is an attorney licensed in the federal and state courts of the Commonwealth of Massachusetts and the states of Connecticut, Rhode Island, and Vermont. A graduate of Providence College with a bachelor’s degree, summa cum laude, in political science, Neronha received a juris doctor, magna cum laude, from the University of Notre Dame Law School.
•••••
FieldEddy Insurance Inc., which recently became a division of HUB International New England, LLC, a leading global insurance broker, has announced several appointments: 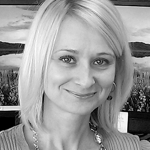 • Olga Tracy has rejoined the agency as the newest Personal-lines Account Manager in the Monson office. She will be responsible for educating and ensuring that clients have the proper insurance coverage; 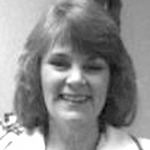 • In the East Longmeadow office, Karen Britt has accepted a promotion to Middle-market Account Manager, Heather Fleury has been named Small-business Account Manager, and Peggy Grundstrom will be a part of the quality-control team.
The agency also recognized Marylou “Lou” Rosner upon her retirement. She leaves FieldEddy with more than 29 years of devoted customer care.
•••••
Main Street Hospitality Group announced a new addition to its management team, appointing sommelier Dan Thomas to the position of Wine and Bar Director. Main Street Hospitality Group is a hospitality-management company based out of Stockbridge. The group owns and manages the Red Lion Inn in Stockbridge, where Thomas has held the role of sommelier since 2007. Over his seven years at the inn, Thomas has expanded the wine list to include more than 400 selections and 50 half-bottle selections, with a focus on international artisan producers and local and regional wines. The Red Lion Inn was awarded the Wine Spectator Award of Excellence for the 16th consecutive year in 2014. Thomas possesses an extensive knowledge of oenology and has completed the first level of the Court of Master Sommeliers.
Tags: Education Events Insurance Law People on the Move