Berkshire Bank announced the promotion of Michael Grandfield to Senior Vice President, commercial relationship manager in Berkshire’s Pioneer Valley Region. He will continue his role as a commercial relationship manager in the region. Grandfield has nearly 30 years of managerial and commercial-lending experience, having held leadership roles at community banks in Western Mass. and Northern Conn., including Hampden Bank, Simsbury Bank, Baybank, and Bank of New England. “Mike has been a valued employee for the past 15 years,” said Luke Kettles, senior vice president, commercial regional executive. “Over this time, he has built strong ties to the local community and solid commercial relationships. He is a seasoned banking professional with a strong customer focus, assisting clients with all of their commercial-borrowing and cash-management needs. I am delighted to count him as a member of our team and know he will continue to be an important contributor to our continued growth and success.” Grandfield is a graduate of Bryant College, where he earned a bachelor’s degree in business administration. He also earned an MBA from American International College. He has been civically involved in all of the communities in which he has lived and worked over the years, serving on numerous nonprofit boards. He is also past president of the Agawam Rotary Club and continues to be an active member.

The Community Foundation of Western Massachusetts has appointed Janet Daisley vice president of programs effective immediately. Daisley reports to Katie Allan Zobel, president and CEO. “Janet will provide leadership and strategic vision for the foundation’s grant-making programs and help with building capacity for the region’s nonprofit sector,” Zobel said. In her new role, Daisley will be responsible for the team that distributes approximately $3.5 million each year in grants to 100 local nonprofits, and awards scholarships to more than 700 area students. Janet’s area is also responsible for continuing Valley Gives Day, which will happen on May 3, 2016. “We are fortunate to have someone with Janet’s skills and broad experience to work with the foundation to continue to expand our presence in the Pioneer Valley,” said Liz Sillin, who chairs the foundation’s distribution committee, which oversees grant recommendations. Daisley joined the foundation in September after serving as vice president of programs at VentureWell in Hadley, where she led the development, design, and management of a portfolio of programs focused on training young scientists seeking to launch ventures that improve life for people and the planet. Prior to that, she was the director at Commonwealth Corp., where she oversaw a $17 million state contract to provide education and workforce training of youth in Massachusetts’ juvenile justice system. Her experience also includes working on K-12 education policy issues for both the Massachusetts State Legislature and the Connecticut General Assembly. She has served as a volunteer on the boards of the Amherst Education Fund and the Performance Project. She also led an Amherst-based Girl Scout troop for 12 years. She holds a bachelor’s degree in political science from Colgate University and a master’s degree in public and international affairs from the University of Pittsburgh. 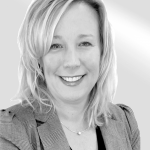 Veteran mortgage professional Melissa Tetreault has joined Mortgage Network Inc. as a loan officer in the company’s Longmeadow branch office. In her new role, Tetreault will be responsible for serving homebuyers and homeowners throughout the Western Mass. area. Based in Danvers, Mortgage Network provides mortgage banking services in more than 20 states through a wide variety of retail offices built to fit each local market. Tetreault brings 20 years of mortgage banking experience in the Franklin County area. Most recently, she served as assistance vice president of retail lending for Greenfield Cooperative Bank. Tetreault serves as a board member at the United Way of Franklin County and the YMCA of Greenfield. She is also a member of the Shelburne Falls Women’s Club and an affiliate member of the Realtor Assoc. of the Pioneer Valley. “We are delighted to welcome Missy to Mortgage Network,” said Carrie Hamel, branch manager of Mortgage Network’s Longmeadow office. “Having lived and worked in this area as a mortgage professional for the past 20 years, she knows the market about as well as anyone.” Added Tetreault, “the Western Massachusetts housing market is definitely looking up. Home prices are very affordable, which is excellent news for first-time homebuyers, and price appreciation has been steady, which is great for homeowners.”

Berkshire Bank recently named five individuals to lead and manage its Wealth Management team, which serves individuals, companies, government organizations, and nonprofit organizations:
• Richard Bleser has been appointed senior vice president, chief investment officer. Bleser has served Berkshire Bank as its senior vice president, portfolio manager since joining the firm in 2010 from Meridian Capital Partners Inc., where he was responsible for macroeconomic, S&P 500, and hedge-fund analysis. He will lead Berkshire’s investment-portfolio-management efforts, working closely with and Edgar.
• Jason Edgar has been named senior vice president, wealth portfolio manager, and regional leader – New England. Edgar joined the banks a senior portfolio manager in 2014 after several years with Enterprise Investment Advisor, a division of Enterprise Bank. He will lead Berkshire’s wealth-management initiatives for the New England region, while working closely with Bleser and Cologero on the investment portfolio.
• Mary Ellen Cologero has been named senior vice president, wealth portfolio manager, and regional leader – New York. Cologero will lead Berkshire Bank’s wealth-management initiatives for the New York region, while working closely with Bleser and Edgar on the investment portfolio. With more than 25 years of investment experience, she joined the team as a senior portfolio manager from Key Bank, where she served as senior vice president, senior portfolio manager.
• Janice Ward has been appointed first vice president, wealth advisor, and senior fiduciary officer. Ward has served Berkshire as a wealth advisor and senior fiduciary officer since joining the bank in 2012 from Greenfield Savings Bank. She works primarily with trust and estate clients, oversees fiduciary activities, and focuses on financial planning; and
• Elizabeth Gore has been named first vice president, trust operations and compliance. Bringing more than 34 years of banking experience, 22 of them in Berkshire Bank’s Trust Operations, Gore oversees all aspects of operations and compliance for the Wealth Management Group and currently manages the Lenox Wealth Management Office and assists clients on a daily basis.

Sarah Eustis, CEO of Main Street Hospitality Group, a Berkshires-based hotel-management company, announced the appointment of Janet Eason as vice president of marketing. In this position, Eason is responsible for providing leadership, strategic direction, and vision to all marketing efforts for the properties in the company’s portfolio. Main Street Hospitality Group manages the new boutique Hotel on North in Pittsfield, the Porches Inn at MASS MoCA in North Adams, and the Williams Inn in Williamstown, and owns and operates the Red Lion Inn in Stockbridge. Eason brings more than 15 years of hospitality experience to Main Street Hospitality Group, including her most recent leadership role as director of marketing communications at the Colonial Williamsburg Hospitality Co. in Virginia, where she oversaw all aspects of marketing for six unique hotel properties, 12 restaurants, three golf courses, a full-service spa, and 20 retail outlets. “This is an exciting time for Main Street Hospitality Group as we deepen our position as a regional management company with a focus on preservation, innovation, and the communities we serve,” Eustis said. “Janet’s extensive knowledge of integrated brand positioning across multiple properties will be instrumental in guiding the company’s continued success. We welcome her to the Main Street family.” Prior to the Colonial Williamsburg Hospitality Co., Eason served as president at Eason Partners, a Boston-based marketing firm specializing in the travel and hospitality industries, working with clients such as the Barbados Tourism Authority and Elegant Hotels. She was also vice president of strategic planning at Boston-based ISM, where she provided marketing solutions for travel companies such as the Sagamore Resort and Four Seasons Hotels and Resorts.