AMHERST — UMass Amherst continued its ascent among the nation’s best public universities, moving up to number 29 in the 2016 “Best Colleges” guide released by U.S. News & World Report. “This year’s U.S. News ranking is a recognition of our campus’s outstanding undergraduate programs and the commitment of our students, faculty, staff, and alumni to achieve excellence,” said UMass Amherst Chancellor Kumble Subbaswamy. “Our continued rise in the rankings demonstrates that investing in UMass yields impressive results, and we look forward to a continuing partnership with the governor and Legislature to create a vibrant future for our students and the Commonwealth.” The Commonwealth’s flagship campus was ranked as a top-30 national public university for the first time last year and moved up one spot in this year’s assessment. There are more than 600 public, four-year universities in the country. UMass Amherst also advanced one slot to number 75 in the Best National Universities category, which consists of 280 public, private, and for-profit institutions. The rankings continue the impressive progress made by the Commonwealth’s flagship campus, which was 40th in the Public National Universities category and 91st among National Universities just two years ago. U.S. News has UMass Amherst tied with six other schools on the Best National Universities ranking. Among publics, four schools share the number-29 spot with UMass Amherst. The U.S. News rankings are based on a variety of weighted factors: graduation rate performance, undergraduate academic reputation, faculty resources, graduation and retention rate, alumni giving, financial resources, student selectivity, and high-school counselor ratings. All of the schools in the National Universities category offer a wide range of undergraduate majors as well as master’s and doctoral degrees while emphasizing faculty research.

AGAWAM — Six Flags New England announced plans to add a giant looping roller coaster, called Fireball, to its roster of thrill rides. “We take great pride in creating incredible, one-of-a-kind ride experiences for our guests here at Six Flags New England,” said John Winkler, park president. “Every year, we are excited to offer something new for our guests, and this year is no exception. Our team is beyond thrilled to introduce our 12th coaster, Fireball, opening in spring 2016.” Fireball, seven-story-high, looping coaster seating 24 passengers in face-to-face positions, features a pendulum-style takeoff with multiple 360-degree revolutions, an additional full revolution when the train reverses mid-course, and a two-minute ride time. Riders must be at least 48 inches tall. The park also announced a change to the steel coaster Bizarro. The ride will be relaunched as Superman the Ride, its original theme, at the start of the 2016 season. The iconic coaster was named 2015’s Best Roller Coaster by readers of USA Today and 10Best and is the winner of five Golden Ticket Awards since its opening. The coaster will offer superhero-themed music and theming throughout, as riders climb more than 20 stories into the air and hit speeds of 77 mph.

CHICOPEE, HOLYOKE — The College of Our Lady of the Elms and Holyoke Community College have partnered to expand nursing-degree offerings in Western Mass., and to make earning a baccalaureate degree in nursing more convenient for students who already hold associate degrees in nursing. Elms College President Mary Reap and HCC President William Messner signed a memorandum of understanding to establish a new RN-to-BS program allowing nurses with two-year degrees to complete Elms College bachelor’s degrees on the HCC campus. The program already has 15 students, who started at the beginning of the 2015-16 academic year. Elms currently has off-campus agreements with more than six institutions in dozens of programs; HCC was the first community college with which Elms partnered to expand educational opportunities. This new agreement builds on the college’s previous relationship to offer degree-completion options for HCC’s RN students. “It’s all about our students,” Reap said. “They are the ones who benefit from being able to continue their four-year education right here on their own campus, where they’re familiar with the faculty and get the support that they need to move to four-year degree completion. We now have hundreds who have done it, and we’re both very proud of that.” Added Messner, “nursing is one of those disciplines that is really evolving. When I got into the business years ago, the notion of someone taking an associate’s degree in nursing was sort of remarkable. Now, more and more, the need is for nurses to go at least through a baccalaureate program. This agreement is going to allow students to seamlessly — and we underline ‘seamlessly’ because this is the ultimate in seamless, where students literally don’t have to move at all from the site of their associate-degree program to their baccalaureate-degree program — continue their education.” Kathleen Scoble, dean of the Elms College School of Nursing, added that “we’re looking forward to the opportunity to be partners with HCC, to bring our program here, and hopefully inspire HCC’s nurses as they continue in their educational journey.” The new memorandum of understanding also includes two online degree-completion programs: a bachelor’s degree in speech-language pathology assistant and a bachelor’s degree in healthcare management.

SPRINGFIELD — Springfield College has again moved up the list of highest-ranked colleges in U.S. News & World Report’s latest edition of its influential “Best Colleges.”
In the 2016 report, Springfield College is ranked 29th, in the first tier in the category of Best Regional Universities – North. There are 138 colleges in the first tier and 180 overall in the category. This marks the fifth consecutive year that Springfield College has moved up in the U.S. News & World Report rankings. This year’s ranking is up two spots from last year, eight spots from two years ago, 26 spots from three years ago, 31 spots from four years ago, and 38 spots from five years ago. “I am extremely proud that Springfield College is being recognized for our outstanding academic offerings and a rich co-curricular life outside of the classroom,” said President Mary-Beth Cooper. “The rise in our ranking over the past five years demonstrates that the value proposition for a school like Springfield College, grounded in the humanics philosophy, is well-regarded.” Springfield College’s rise in the rankings is spurred by improved graduation rates and improved retention of first-year students. “We are always pleased to be recognized for the quality education we offer our students,” said Provost and Vice President for Academic Affairs Jean Wyld. “Since these ratings consider metrics such as the graduation rate, it is great to have our focus on student success recognized.” The ratings are based on such variables as peer assessment, graduation and retention rates, student selectivity, class size, alumni giving, and student-faculty ratio.

FARMINGTON, Conn. — Farmington Bank announced that former Major League Baseball knuckleball pitcher Tim Wakefield is its new celebrity spokesperson. “Tim Wakefield is an admired and dedicated professional both on and off the field. As a well-respected athlete and a committed partner with various community organizations, Tim embodies the values and traditions of Farmington Bank. We are thrilled to have him as a member of our team,” said John Patrick Jr., chairman, president, and CEO of Farmington Bank. Added Wakefield, who spent much of his career with the Boston Red Sox, “I admire Farmington Bank’s commitment to excellence, performance, and community engagement. I look forward to sharing those commitments, as well as news of their expansion into Western Massachusetts, in the coming months.” As Farmington Bank’s celebrity spokesperson, Wakefield’s initial role will include appearances at two Farmington Bank branch office grand opening celebrations in West Springfield and East Longmeadow, which will be open to the public. Dates will be announced soon. In addition, he will star in a series of new television, radio, and print advertisements. The campaign will launch in both Connecticut and Massachusetts this fall. In addition to professional baseball, Wakefield is known for his charity efforts. Since 1998, he has partnered with the Franciscan Hospital for Children in Boston to bring patients to Fenway Park to share time with him on and off the field. In addition, he serves as the Red Sox Foundation’s honorary chairman and is actively involved in the Jimmy Fund and the Space Coast Early Intervention Center in Florida. Farmington Bank is a full-service community bank with 22 branch locations throughout Central Conn., with two branches scheduled to open in Massachusetts in the fall of 2015. 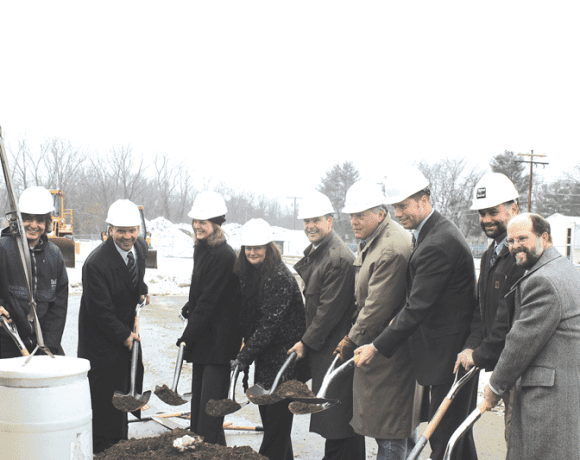