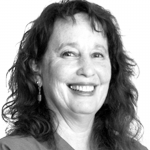 Holyoke Medical Center (HMC) announced that Lisa Pack has been named Nurse of the Year by the March of Dimes Massachusetts Chapter in the category of Labor and Delivery. This is the third consecutive year a Holyoke Medical Center nurse has received this elite distinction. “Lisa is highly deserving of this prestigious recognition,” said Spiros Hatiras, president and CEO of HMC and Valley Health Systems Inc. “Holyoke Medical Center prides itself on its exemplary team of professionals such as Lisa, who demonstrate consummate skill and deep compassion in providing critical nursing care.” Added Pack, “I am humbled to be recognized by the March of Dimes to be chosen for this award. I feel blessed to be a member of the Birthing Center staff, where I have now worked for 22 years since it opened. It is a job I love and where we work as a team to support and empower women to have the birth they desire. I am also deeply committed to MotherWoman and postpartum depression, for which I facilitate a weekly support group at Midwifery Care of Holyoke.” Pack will be honored at a reception in the Holyoke Medical Center lobby on Monday, Oct. 26 at 2 p.m. 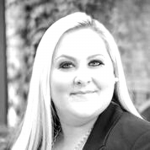 United Personnel announced the promotion of staff member Miranda Rowe. Formerly an administrative coordinator in United Personnel’s main office in Springfield, Rowe has been promoted to a recruiter. In her new role, she will be assisting United’s Light Industrial and Professional divisions in sourcing and interviewing candidates. She will also oversee community-outreach activities including off-site recruitment, attending job fairs, and working with training programs to place graduates.

St. Germain Investment Management announced the hiring of Richard Bleser as vice president and portfolio manager, and Thaddeus Welch as portfolio manager. Bleser manages investment portfolios, assists with trading, and performs analytical duties on both the fixed-income and equity sides. He brings experience and knowledge in fund analysis and portfolio management. He was previously the chief investment officer at Berkshire Bank in Pittsfield. While at Meridian Capital Partners Inc., he was responsible for macroeconomic, S&P 500, and hedge-fund analysis. Prior to Meridian, Bleser was an equity analyst with Paradigm Capital Management Inc., where he generated long- and short-investment ideas in the small-cap specialty retail, leisure, and technology-distribution sectors. He began his career as a client analyst with Ayco Co., a Goldman Sachs Company. Active within the community, he has been involved with nonprofits and is also a trustee for the Berkshire Housing [401(k)] Plan. He holds bachelor’s degrees in economics and business administration from the State University of New York at Albany. Welch is responsible for managing trading activities and performing fundamental economic and sector research to assist in investment strategy development. He comes to the firm from Berkshire Bank in Pittsfield, where he managed portfolios in addition to providing analysis and research on market, corporate, and economic activities. Prior to Berkshire Bank, Welch was an assistant portfolio manager and a member of the investment committee at Spinnaker Trust in Portland, Maine. He received his bachelor’s degree in economics from Bowdoin College. He has completed all three levels of the CFA (Chartered Financial Analyst) program.

Beetle Press, a public-relations and communications firm in Easthampton, recently welcomed Ruby Dillon to the team to serve as an editorial assistant. Dillon earned a bachelor’s degree in public relations this year from Champlain College in Vermont. While in college, she served as a PR intern for a mission-driven nonprofit that provides respite for cancer patients by giving them a therapeutic sail on Lake Champlain. Through this experience, Dillon realized her passion for standing behind a cause and has since worked to promote various nonprofits. Janice Beetle, principal of Beetle Press, said Dillon is a key Beetle Press partner, handling the development of press releases and overseeing internal writing and web projects as well. 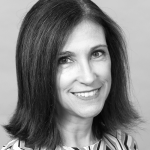 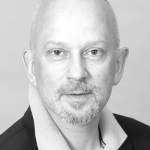 The Employers Assoc. of the NorthEast announced that Leesa Wallace has joined EANE as its new director of Learning & Development, and Kevin Matheny will serve as the new controller. Wallace will spearhead the EANE learning and development offerings, designing and customizing a diverse array of more than 500 substantive training programs each year. She replaces Susan Miller, who served in the role of director of Learning & Development for more than 18 years. Wallace is a learning strategist, guiding individuals, teams, and organizations to help them identify their most critical needs and create solutions that have real impact. She helps strengthen the capacity of individual contributors, creates clarity and collaboration on teams, and teaches leaders how to engage and tap into the potential of their people. Matheny has more than 15 years of progressive management experience across a broad range of business functions and industry segments including manufacturing, property management, financial services, and not-for-profit. He guides EANE with a combination of talent, technical knowledge, and business acumen in all reporting, operations, internal controls, and compliance areas. He replaces Paul Correia, who will assume full-time responsibility for membership as the new director of Member Relations. With a focus on maximizing revenues via budgeting and other strategic initiatives, Matheny, a certified public accountant, is known for his ability to manage costs through improved efficiencies and the elimination of redundancies. He has increased profitability by seeking out lower-cost solutions, implementing stricter purchasing protocols, and reducing overhead costs.

Springfield Technical Community College (STCC) recently named Beth McGinnis-Cavanaugh the recipient of the Anthony M. Scibelli Endowed Chair and Gary Masciadrelli and Paul Thornton recipients of the Joseph J. Deliso Sr. Endowed Chairs. Each year, STCC faculty are nominated for an endowed chair by their colleagues and then invited to apply. Applications are reviewed by an award-selection committee composed of faculty and staff. Winners are then selected by the STCC Foundation executive committee. The awards include a $3,000 grant given to each recipient, half of which is applied to professional development for the recipient and half of which is given to the recipient’s academic department. The Anthony M. Scibelli Endowed Chair was established in 1992 to recognize and foster faculty excellence. McGinnis-Cavanaugh, professor of Physics and Civil Engineering, will donate her funds to STCC’s chapter of the Society of Women Engineers (SWE) to fund service projects and cover event costs. She is the faculty advisor to the chapter, which she created last year. Established in 1993 by the family of industrialist Joseph J. Deliso Sr., the Deliso Endowed Chair is awarded annually by the STCC Foundation in recognition of excellence in teaching. Masciadrelli, a professor and department chair in Mechanical Engineering Technology, will use the award funds to update software in his department to an industry standard product called PC-DMIS for coordinate-measuring machines. Thornton, professor and tri-chair of Business Administration, said award funds will be used to purchase a new printer and flip charts for his department as well as a set of multi-walkers which will be used in team-building exercises with his students.

Dani Klein Williams, owner and lead photographer at Dani Fine Photography, was approached earlier this year by Amherst Media Publications about creating a book, set to be released in early 2016, focusing on the art and business of boudoir photography. Covering an array of topics in keeping with this theme, the book will comprise practical business advice as well as the step-by-step photographic techniques used by a successful professional photographer. For updates and more information on the progress of this project, follow the studio on Instagram and Facebook.