Jim Curran was asked about the heightened state of competition within the commercial-lending realm in Western Mass. and how People’s United Bank is responding to this changing landscape. 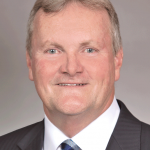 He began his answer by noting that, while conditions in this region are perhaps somewhat more competitive than they were when he first started working in this market more than 30 years ago, the reality is that there have always been a lot of strong competitors for People’s United, formerly the Bank of Western Mass.

And he knows that because he worked for some of them.

“It’s been a competitive market for 30 years,” said Curran, the recently named senior vice president and regional manager for Central and Western Mass. “When I sit and talk with people about how competitive the market is today, that’s the same conversation we were having 20 years ago; nothing’s really changed in that regard.”

But many other aspects of banking, and doing business in general, have changed over the past few decades, including everything from the way people work to the technology they use, and that’s why Curran will be managing an office occupying the 10th floor of Monarch Place.

Indeed, the 32 employees at the regional office have moved only a few hundred feet across Main Street in downtown Springfield, but the relocation from the property most still know as Harrison Place (even though it had the People’s United name over the front) to Monarch Place is a considerable step forward, said Patrick Sullivan, the bank’s market president for Massachusetts.

He told BusinessWest that the move has been in the planning stages for more than 18 months, and arose from simple necessity.

When I sit and talk with people about how competitive the market is today, that’s the same conversation we were having 20 years ago; nothing’s really changed in that regard.”

“That’s an old building, and its functionality just doesn’t suit today’s world with the technology and the way people work; when you have an old building, you just can’t do certain things,” he explained. “We were spread out over four floors at one time, and, more recently, we were in two or three floors; now, we’re all on one floor, and that’s much more efficient.

“The new building will allow for greater synergies and collaboration between our cross-functional teams,” Sullivan went on, “including commercial, wealth management, consumer, and insurance services.”

The search for new quarters was an extensive one, he noted, adding that a number of sites were considered — within downtown, outside it, and also outside Springfield itself. Ultimately, the bank, which had been headquartered at Harrison Place for more than 20 years, decided to stay in the central business district.

“Although our customers are spread throughout Western Mass., centrally, downtown Springfield is the best place for our people,” he explained.

Curran agreed, saying that “there’s a lot of really good, positive energy with this move.”

As noted, Curran brings to his new position at People’s United a wealth of experience in banking, commercial lending, and in serving business owners in the Western Mass. market.

Most recently, he served seven years as executive vice president of Berkshire Bank and regional manager of the Western Mass./Central Mass. and Northern Conn. commercial-banking teams. In that role, he established Berkshire Bank’s present Central Mass. location, recruited the commercial-lending and credit team, built market identity and brand awareness, and built a loan portfolio from scratch to $215 million.

Prior to that, he served in a similar role with Santander Bank and its predecessor, Sovereign Bank, managing a team with a portfolio of commercial loans that approached $1 billion prior to the Santander acquisition of Sovereign in 2009. He got his start in banking with Bank of New England (later Fleet Financial) in 1983.

Those stops on his résumé translate into being part of that considerable competition within the commercial lending market that he spoke of earlier, so he obviously speaks from experience when he addressed how to thrive within such an environment.

Specifically, he said it comes down to several factors, including having a large portfolio of products, being local (instead of just saying your institution is local), and understanding customers and their needs.

“That’s the beauty of this bank,” he said. “When you go into a relationship, you have everything in front of you to deliver the financial services and products to that customer — whether it’s the retail side or additional services like treasury management, or whether you’re looking to do an interest-rate derivative on a large commercial real-estate deal or you’re simply looking to do payroll for a manufacturer with 30 people.”

Sullivan agreed. “The competitive advantage we have is to keep all our bankers as local as possible,” he said. “But we have people who know how to take care of a Western New England University or a Springfield College, or a healthcare system, or make a $200,000 loan fast. We stick to our core competency, which is commercial lending, which is important, because it’s competitive out there.

“We respect the fact that the local banks are good competition,” he went on. “We have to out-local them and also out-product them; that’s the world today.” 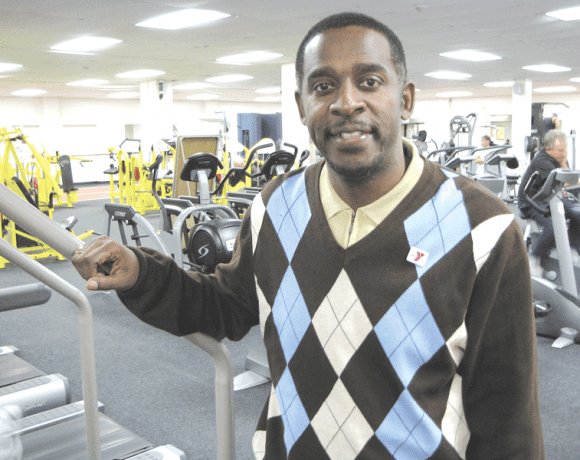