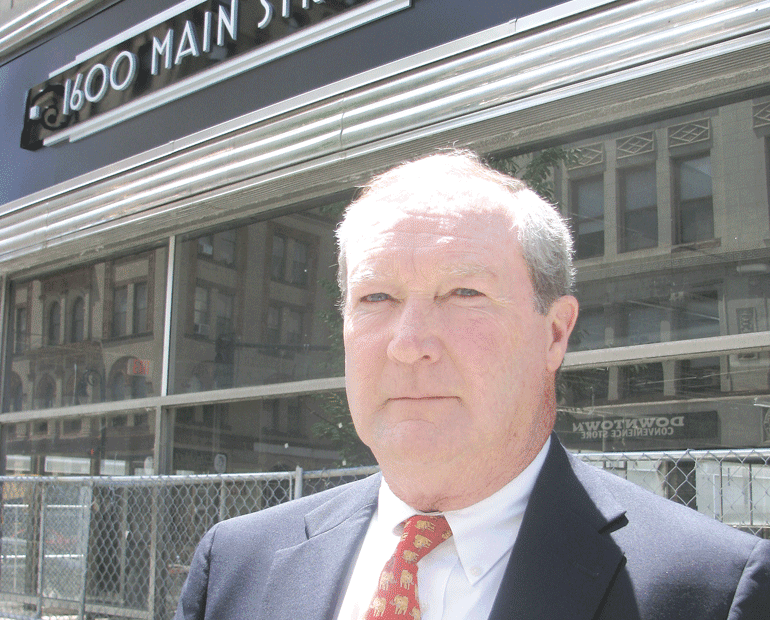 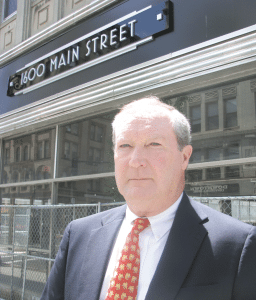 Kevin Kennedy expects several proposals for what is now known as 1600 Main Street.

Kevin Kennedy says the original plan for what has long been known as the Asylum nightclub building in Springfield’s downtown was to take the property with the checkered past — there were a number of controversial all-night concerts there before the building was eventually shuttered due to safety concerns — and give it a new use as home to public offices.

In fact, his large department, Planning and Economic Development, or parts of it, was among many possible public-sector tenants that became part of the discussion when it came to the Asylum’s future.

But that was a few years ago, said Kennedy, the city’s chief development officer, noting that many positive things have happened in the interim that have prompted him to change his perspective on the now-renovated Asylum property. Indeed, a number of success stories, including the redevelopment of 1550 Main St. (the former federal building), the pending arrival of Thing5 and 300 new jobs in One Financial Plaza, plans for WFCR-AM to move into the Fuller Block across Main Street from the Asylum property, and other developments, have prompted Kennedy to believe there is strong private-sector interest in the building and its 21 on-site parking spaces.

He’ll find out just how much over the next several weeks as the city first issues a request for proposals (RFP) for development of the property’s 6,000 square feet, and then awaits responses.

He believes there will eventually be many to consider.

“I think there will be an active market for that building,” he told BusinessWest, adding that he considers commercial office space the most likely — and desired — reuse of the property. “Downtown is changing — for the better — and this could be another big success story there.”

Recounting the recent history of the Asylum building, Kennedy said that, as MassDevelopment proceeded with plans to revitalize and retenant the former federal building, the city knew it had to do something with the troubled property across Worthington Street from 1550 Main St.

The eventual plan conceptualized by the control board that was essentially running the city at that time was to raze all but the 6,000 square feet fronting Main Street, and create parking, as well as space for community events, on the demolished portion of the property.

And those plans were carried out over the past year in a $1.6 million initiative, funded with state and federal money, that included façade work that includes new signage that essentially renames the property 1600 Main Street.

The original intended tenants were public-sector entities, said Kennedy, adding that the Business Improvement District, the Springfield Parking Authority, and the Planning and Economic Development Department (currently located on Tapley Street) were all considerations.

But with those aforementioned positive developments downtown in recent months, those plans changed.

“When I came to this office [in December 2011], I took a look at the changing conditions in the downtown, with Thing5 coming in, the revitalizing of 1550 Main, the work that Herbie Flores [president of the New England Farm Workers Council] was doing on the blocks immediately adjacent to it, WFCR, progress in Morgan Square, and other developments, and came to the conclusion that we should RFP this for private use.

“That would enable us to get it back on the tax rolls,” he continued, “and that makes far more sense than public-sector use.”

And Kennedy believes there will be considerable interest from the private sector, especially with nearly two dozen on-site parking spaces, an attractive selling point to companies who might consider a downtown mailing address but have been hesitant to locate or relocate downtown due to concerns about available, convenient parking.

“Having 21 spaces adjacent to the building should help create a strong market for the property,” said Kennedy, adding that the RFP includes plans to locate a public market in that parking area on Saturday mornings.

Kennedy acknowledged that it’s difficult to forecast the level of response to an RFP — some recent projects have drawn considerable interest, while others, such as the former York Street Jail, failed to capture the attention of the development community — but he anticipates several proposals due to the strong combination of location, amenities, and the momentum gained in that part of downtown over the past several years.

Time will tell if Kennedy’s optimism about the site is fully warranted, but at the moment, he’s quite confident that the property’s reuse and return to the tax rolls will become part of that list of positive developments along Main Street — and perhaps prompt still more additions.

If it does, then it is likely that the city can retire that phrase ‘Asylum building,’ something it’s been trying to do for many years now. 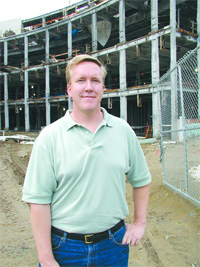