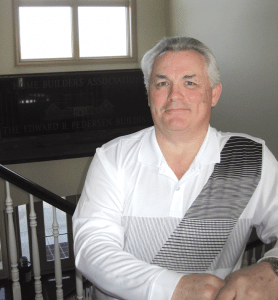 As the economy ramps up, Brad Campbell says, so does the number of shady contractors looking to take advantage of eager consumers.

That’s the phrase the executive director of the Homebuilders and Remodelers Assoc. of Western Mass. (HBRAWM) contrived to reference the action of any consumer using their computer, tablet, or smartphone when selecting a professional home builder or remodeler.

“I think people have become way too dependent and trusting of the computer,” said Campbell, calling the phenomenon a faulty mindset, because glossy websites with carefully worded testimonials and paid reference sites like Angie’s List don’t always tell the full story. “And if consumers took the same amount of time to research the contractor as they do the product, they’d be much better off.

“As the economy gets better, we want consumers to know that there are risks and dangers out there,” Campbell continued. “There are more people out there who will take advantage of you.”

It’s a sign of the times, he told BusinessWest, adding that, just as contractors start coming out of the woodwork when there are weather-induced surges in construction-related work, as this region has seen recently, they also come out when consumers are ready to open their wallets and start catching up on deferred maintenance and expansion projects. And some of these contractors have less-than-stellar track records.

As she heard these remarks, Marybeth Bergeron of Charista Construction in East Longmeadow started nodding her head emphatically. “He’s absolutely right,” she said, adding that the conditions are now approaching perfect for disreputable builders to take advantage of consumers who are completely uneducated about how to find a contractor for repair or new construction, but want one because they’re in a mood to spend.

Because of the improving economy, and this black-box effect, Campbell said the focus of this year’s Western Mass. Home and Garden Show will shift from “come and see the products” to “come and learn about the people that install the products.”

Celebrating its 60th year, the show, produced by the HBRAWM, will run March 27-30 on the grounds of the Eastern States Exposition in West Springfield.

The show will feature hundreds of contractors and those who support the home-building and remodeling industry, Campbell explained, but more importantly, professionals to help educate attendees who are finally ready and able to spend money on home improvements or build new houses.

On the commercial side, business has definitely picked up, but education is necessary in that area of the building industry as well, due to heightened processes involving commercial and residential contractors’ licensing requirements, the Bay State’s increasingly strict energy-saving codes, and for the commercial consumer, a reality check about what is necessary and what isn’t for efficiency processes and new high-tech building products.

Town by town, Massachusetts is becoming the strictest state in the nation for energy-saving codes, said both Campbell and Seth Crocker, vice president and co-owner of Crocker Building Co. in Springfield. This development coincides with a desire among commercial and residential clients to be more ‘green’ in their building and perhaps pursue LEED (Leadership in Energy and Environmental Design) designation. What’s needed, they said, are detailed conversations between builders and their clients about what is necessary and what makes sense from the standpoint of return on investment.

For this issue’s focus on construction, BusinessWest spoke with professionals from both the residential and commercial sides of the building and remodeling industry just as the annual Home Show is about to begin, and winter exits stage left — finally. The consensus is that, while the economy is improving — and everyone has been waiting impatiently for that to happen — challenges remain. 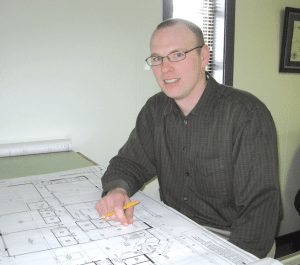 Founded in 1939, the Springfield-based HBRAWM, a nonprofit trade association affiliated with the National Home Builders Assoc. (HBA), has nearly 350 members operating in Massachusetts and Connecticut, and promotes the best interests of home ownership, home buyers, and the building industry.

That mission is ongoing, but it takes on more emphasis at times like these, said Campbell, when there are more business relationships being made between consumers and contractors. He compared choosing a contractor to the dating process.

“You just can’t sit down with the first guy and say, ‘I trust him,’” said Campbell. “And when it comes to making a business relationship official, consumers are definitely afraid of something called a contract, and they have to change that mentality.”

His example of a good contract is one that doesn’t have a line item stating that all the windows will be replaced in the home, but that a specific brand, style, and size of window will be used in all windows in question. Spending $300 to have an attorney look over a contract is also a good idea, Campbell added, given the much larger sum that could be lost if someone doesn’t exercise due diligence.

Additionally, he said, if the contractor doesn’t pull a permit, the consumer becomes 100% responsible for an entire project; if the project isn’t done the right way, the consumer can’t file a claim with the state’s repair fund.  “And if a contract doesn’t have certain things in it, it’s not a real contract.”

On the flip side, Campbell doesn’t want to see contractors themselves make mistakes. “They can hurt themselves by not having that same contract; it’s part of their licensing requirement, and they’re told they must have contracts for projects over $1,000, which these days could be just a storm door.” 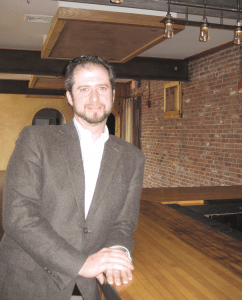 Walt Tomala says a contract is critical to protecting the interests of both the builder and the consumer.

“There are so many different licensing qualifications that need to be met now, it’s hard enough for the contractor to keep up with it, never mind the consumer,” he said, adding that a contract protects both parties’ interests.

In order to get Home Show attendees to the HBRAWM booth to learn about such matters, agency officials are giving visitors a chance to register to win $160,000 cash. Upon entering, attendees will be given a card asking what they have planned for the next 12 to 18 months. Those who check off ‘building’ or ‘remodeling’ will be invited to speak one-on-one with HBRAWM professionals about what consumers need to know about hiring for these needs.

“We want you to talk to builders that have gone through a formal process to be approved in our association,” Campbell continued. “That’s not to say we’ve never had an issue with one of our builders, but at least if that happens, we have a policy and a process to help you get through this situation.”

Contractors, homeowners, and business owners should have a lot to talk about at this year’s show.

Indeed, many consumers have put off repairs or remodeling while waiting for the economy to improve, and over the past few years, new products have been introduced, building codes have become more strict, and the world, in general, has become more green-focused.

Brothers Seth and Bill Crocker — co-owners of Crocker Building Co., which offers full-service general contracting solutions in commercial construction and renovation — have witnessed all of this. They say they often face a situation of balancing a desire to be environmentally friendly with what makes sense economically and what also meets state regulations.

Currently, there is heightened interest in efficiency in heating, air conditioning, and the thermal performance of the building envelope, but Seth Crocker sees the expense of higher-technology products as a hurdle that many clients are not willing to jump over, especially if they don’t have to.

The philosophy, Crocker said, is to advise clients on what are ultimately the best products to use, as far as efficiency and ROI.

“But what’s driving a lot of it is that the building codes are so stringent,” he told BusinessWest. “And all signs say that will continue to get more strict, which will drive more people to things like foam insulation, which is a lot more expensive.”

Campbell agreed, citing a survey by the NHAB suggesting that stricter codes are likely, and the Commonwealth has a mindset to be a clear leader in energy conservation, which has resulted in already-demanding regulations compared to most other states.

The 2012 Stretch Energy Code, which does what it says — stretches that base code by another 20% efficiency — and is adopted on a town-by-town basis, is making it financially difficult to build in Massachusetts, Campbell said, estimating that these codes add $16,000 to the cost of a 2,200-square-foot home.

Because of those strict Massachusetts codes, said Tomala — one of the first green professionals certified by the NAHB — he and most other contractors are already building to that highly efficient level, even though doing so does not necessarily designate a building as LEED-certified.

And this has prompted questions among some builders about whether LEED is worth pursuing.

“The actual LEED certification process is very time-consuming, and you really just get a plaque for the wall,” said Crocker. “In some cases, there’s a huge upfront cost, and the payback is all in feeling good about it.”

The plaque on the wall tells a story, for sure, Tomala added, but the Energy Star efficiency rating of the high-tech products he uses tells the same story, with a lot less time and formality.

“Don’t get me wrong — we’ll do whatever the customer wants, but we’d rather be out on the site, not have more office time doing paperwork,” which always means more expense to the customer, he said.

Weather extremes, a healthier economy, and the return of the popular outdoor modular home are expected to hike attendance at this year’s Home Show.

“I think the show is going to be a huge hit because people can only sit on their hands for so long, and it’s the year they feel like it’s OK to do something,” Tomala said.

Added Crocker, “I think there’s pent-up demand because people didn’t do anything for quite a few years and interest rates bottomed, but now they’re coming back up.” He noted that those climbing rates are causing people with residential and commercial building needs to move more quickly.

But as consumers make up for lost time, different levels of education about the right way to go about a project and the best return on investment will be the key to commercial and residential projects coming to fruition.