Obesity Rates Fall, but There’s Plenty of Room for Improvement 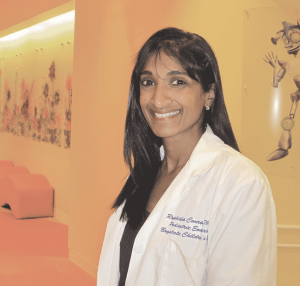 Dr. Rushika Conroy says parents should encourage their children to be active.

Despite all the talk of childhood obesity in the media and schools, the percentage of the state’s public-school students who are overweight or obese has significantly dropped over the past five years.
Or, perhaps, because of all the talk.
The percentage of overweight or obese students dropped 3.7% points to 30.6%, according to the state Department of Public Health, and those declines were greatest among elementary-school students.
Dr. Rushika Conroy, a pediatric endocrinologist at Baystate Children’s Hospital, said the messages that have been hammered home by news programs, public-service ads, and even the nutrition campaign being promoted by First Lady Michelle Obama may finally be taking hold and effecting change in some youngsters’ eating and exercise habits.
“Part of it is the higher awareness about the problem,” Conroy said. “We’re doing so much more to make parents and children aware, and to promote preventive measures — not just treating people who are already obese, but also preventing it from happening.”
Whether it’s Obama’s nutrition platform; the NFL’s “Play 60” program, which encourages young people to engage in active, preferably outdoor play for at least an hour a day; or other television spots encouraging healthy lifestyles, “there’s a lot more out there; it’s not just advertising for a video game or advertising for Cheetos, but also trying to show that it’s good to get moving,” she added. “We need to provide resources, ways to eat healthier. And in the media, that higher awareness has been a real plus.”
At the same time, obesity among U.S. adults is continuing to level off after several decades of skyrocketing growth.
In fact, according to the latest figures from the National Center for Health Statistics, part of the Centers for Disease Control and Prevention, from 2010 to 2012, the U.S. obesity rate has dropped from 35.7% to 34.9%. Obesity is defined as roughly 35 pounds over a healthy rate.
Again, some of the credit goes to broader awareness, said Conroy, adding that the spotlight on America’s obesity problem even extends into restaurants and fast-food chains, which are required to post nutritional information. “It’s the little things — even having calorie counts available makes a big difference. If you go into a Starbucks and say, ‘oh, I want that giant cookie,’ you might get it. But if you see that cookie has 350 calories, you might think twice. I think it does make you think about what you’re doing.”

Delicate Subject
Massachusetts has been trying to get children — and parents — thinking about obesity for some time, including a controversial, recently ended program that measured children’s body-mass index (BMI) at school and sent notes home to the parents of kids classified as obese. Detractors of the program cited privacy issues and also argued that the notes could lead to bullying.
Specifically, schools said it was too expensive to mail the letters, so they often sent them home in students’ backpacks, which sometimes resulted in disclosure of the information to other students — and, often, teasing.
“There has been a lot of controversy about taking away these letters going out to parents or caregivers, saying, ‘your child is obese; please seek guidance or help from your physician,’” Conroy said, noting that other states had conducted similar programs and determined they were ineffective.
But despite such reports, and the understandable risk of teasing, she has mixed feelings about the decision to stop the letters, “because I do feel it’s important to have that awareness coming from the schools, and not just a medical professional.”
The state’s Public Health Council, an appointed body of academics and health advocates, called for an end to the letters, but still requires schools to conduct weight and height screenings in grades 1, 4, 7, and 10 to help officials gather data about obesity trends and identify possible solutions — a practice in place in 20 other states. Parents may request their children’s BMI information in writing if they wish.
And parents do seem to be more aware of the obesity problem, as evidenced by the declining rates among all age groups across the U.S. “As far as the nation goes, we’re overall more aware of what’s happening and what we as adults can do for our children,” Conroy said.
She noted that, while the medical community has always stressed lifestyle choices to prevent obesity, the alternatives for helping people rein in their weight have broadened significantly.
“From a treatment standpoint, there are more options available,” she said. “Lifestyle modification will always be the first line of defense, but now bariatric surgery and medications offer more options.”
Weight loss from lifestyle modification generally results in a loss of about 10% of total weight in a year, she noted, often not enough to combat the serious medical conditions that afflict many obese individuals. And the side effects of some weight-loss medications can be a deterrent to their taking those prescriptions. That leaves bariatric surgery as an effective last resort.
For example, Baystate Children’s Hospital now offers bariatric surgery to younger patients than ever before, in the form of sleeve gastrectomy, an increasingly common form of gastric surgery that removes all but a narrow ‘sleeve’ of the stomach, forcing patients to eat much less than before.
“Despite the fact that obesity has declined somewhat in the country, there are still many children whose weight remains dangerously high,” Conroy said. “For some of these adolescents whose weight exceeds 200 or 300 pounds, many are at risk for or already suffering from serious health problems such as diabetes, hypertension, heart disease, depression, sleep apnea, and liver disease, which can make it harder for them to lose weight.”
Studies on adolescents having bariatric surgery suggest the operation is as safe for them as for adults, but not enough teens have been followed after the sleeve gastrectomy to know if there are any long-term effects on their future growth or development. But Baystate has begun admitting 17-year-olds into the bariatric pre-op process, so they’re ready for the surgery at age 18 — with the potential to operate on younger teens down the road as more data emerges.

Go Outside
Of course, encouraging young people to eat right and exercise is still job number one, and that can be difficult, especially in an era when kids simply don’t play outside as much as they did decades ago.
“Parents say, ‘my neighborhood is not a very safe one; I wouldn’t want my children outside,’ or ‘I can’t afford a gym membership or a YMCA membership,’ or ‘I don’t have transportation to take them,’” Conroy told BusinessWest. “There are lots of different reasons why people to find it difficult to be active.”
One positive development, she noted, has been the popularity of video-game systems, like the Wii, that incorporate full-body movement. “Another thing we talk about is families doing chores around the house. That counts as exercise, too — helping mom with the sweeping or laundry, for instance.”
She also said both young people and adults should find ways to include more physical exertion in their daily routine, whether it’s walking to school (if possible) or not searching for the nearest parking spot when out shopping. “If you’re going to the mall, park farther away; instead of spending 15 minutes finding a spot closer to the entrance, park at the back and walk. These are ways of getting activity in.”
She understands, of course, that in an increasingly wired world, kids are going to spend time in front of their devices. So she suggests setting rules for their use. “Say, ‘you can spend an hour playing video games, but you have to spend an hour doing exercise first.’ The challenge is getting parents to enforce that rule, because we’re not going to be there to do it for them.” 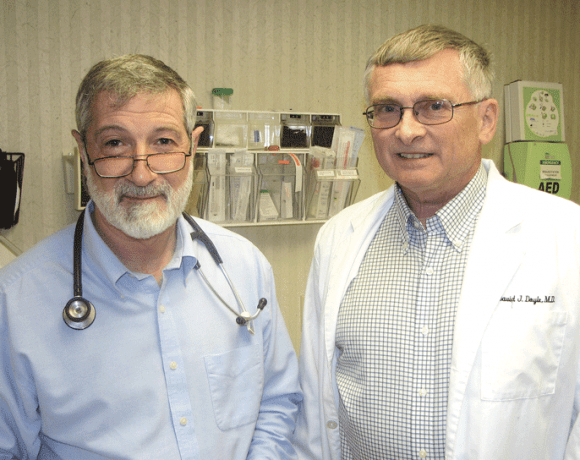