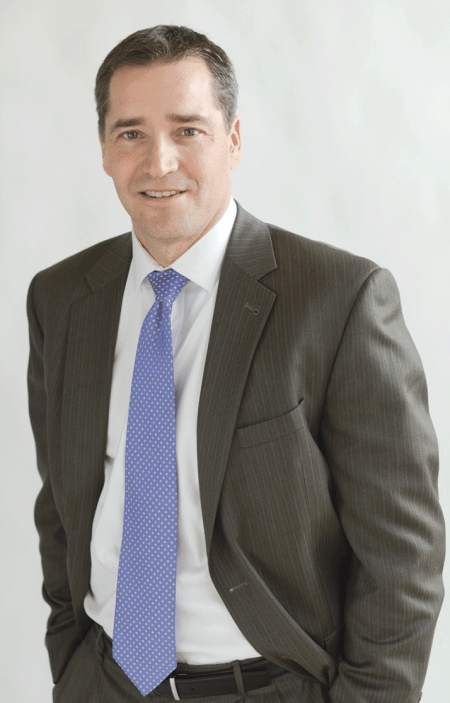 Matt Sosik says ESB’s acquisition of Citizens National Bank is a response to the challenging conditions within the financial-services sector.

“The status quo will eat you alive — if you allow it to.”

That was the blunt, yet very effective, short answer offered by Matthew Sosik when asked why Easthampton Savings Bank (ESB) took advantage of what he called a rare and unique opportunity to acquire Putnam, Conn.-based Citizens National Bank last month for $51.3 million.

His much longer answer not only addressed the question but summed up what has become an ever-more-challenging operating climate for banks in this region, while also explaining a surge in mergers and acquisitions within the industry, one that he expects will continue in the new year.

“What you’re seeing in the industry right now is simply a response to a confluence of a number of things,” he told BusinessWest. “First, we’ve been in a prolonged low-interest-rate environment, and the margins in the industry have been shrinking for some time now; this is a really hard time, generally speaking, to produce profitability in this business.

“Then you overlay that on a regulatory-compliance environment that is very expensive,” he went on, “and it’s not just those costs. It’s the cost of doing business today; banks are facing the same rising expenses as other industries — healthcare insurance, attaining and retaining top-level performers … there are a lot of increasing costs in this business. Put it altogether, and you’ve got an industry that’s in flux, and also in a never-ending search for efficiencies.”

That search has led to a number of recent mergers, acquisitions, and territorial expansion efforts, including the merger of equals between United Bank and Rockville Bank completed last spring, the announced acquisition of Hampden Bank by Berkshire Bank, a deal expected to be finalized in the second quarter of this year, and the expansion of Connecticut-based Farmington Bank into the Western Mass. market with planned branches in East Longmeadow and West Springfield (see related story, page 23).

And it led ESB to explore and then seize the opportunity to acquire Citizens National, a roughly $330 million bank that essentially put itself up for sale to the highest bidder last summer.

Sosik said he doesn’t know how many suitors there were for Citizens National (that information has been kept confidential), but he believes there were quite a few. ESB eventually prevailed, and its triumph will enable it to expand its presence into Connecticut with five branches, in Putnam, Woodstock, North Grosvenordale, Brooklyn, and Danielson.

More importantly, said Sosik, the gambit will enable ESB to gain needed size and additional regional market share — it will be roughly 33% larger when the deal closes several months from now — without greatly increasing costs.

In short, the deal gives ESB a greater chance to achieve that elusive profitability Sosik mentioned.

“We see this as an opportunity to do a couple of things,” he explained. “First, create an efficient, combined organization — we’re trying to broaden our asset base and keep our expenses controlled; that will produce efficiencies — and also, this is a means to geographic diversification.”

Most importantly, it gives ESB a much-needed opportunity for growth when standing pat is simply not an attractive option, he went on.

“I don’t think you can sit idle in this industry, in the same way that you can’t in any other business,” he explained. “Because every year, our costs go up 4% to 5% or more, and if you’re not growing at that same pace, you’re going backwards. For us, this is an attempt to keep that status-quo wolf from the door.”

For this issue and its focus on banking and financial services, BusinessWest takes a look at how and why this acquisition came about, and what it means for ESB moving forward.

Given ESB’s aversion to the status quo, Sosik said, the institution has long been examining potential opportunities for expansion and growth, both organically and through acquisition.

But organic growth is a considerable challenge in what all those in the industry consider a no-growth region — one that has also seen some new players enter the fray, with more on the way, such as Farmington.

And acquisition opportunities are few and far between for a bank of ESB’s size — it only recently surpassed $1 billion in assets — and geographic playing field, where many players, both publicly owned and mutually held, are considerably larger, or smaller, but still too big to acquire.

So when Citizens National hired a firm to execute a sale last summer, a rare opportunity presented itself.

“We’re always looking at opportunities to continue to grow and prosper, but this particular opportunity was definitely rare and somewhat unique in that we were able to acquire a stock bank of a size that we could afford,” he explained. “We can’t go out and buy a $600 million, $700 million, or $800 million bank, because of simple mathematics; our capital ratio just doesn’t support it.

“So this was a rare opportunity for us, and we treated it as such — we took this very seriously,” he went on. “It really represented a rare combination when you consider the size of the bank and the geographic location; it all made sense.”

Efficiencies will be created as a result of the acquisition, he said, because the institution that will emerge, with roughly $1.4 million in assets, can eliminate redundancies with regard to staff and operations.

Sosik said ESB’s plan is to keep the Citizens National name on the five Connecticut branches because that institution is a known commodity and respected brand in that region, and also because that name will almost certainly resonate more in the Nutmeg State than the name of a small Hampshire County city that most people in Connecticut have never heard of.

“We’re going to try to take advantage of the franchise value they have in that market area — they’re a very well-known and well-respected organization, and we don’t want to lose their identity,” he said, adding that regulatory approval would be needed to keep the name on those branches.

Looking ahead, Sosik said the acquisition of Citizens National will enable Easthampton Savings to build on some momentum generated in 2014, despite those difficult conditions he described earlier.

“This past year turned out to be better than our best-case scenarios,” he said, referring to measures such as assets, deposits, and loan growth. “And that’s because we just grinded it out, doing all the little things you need to do to succeed in this environment.”

The move will also enable the bank to be more competitive at a time, and in a region, where many players are taking similar steps, with further activity possible, if not probable, in the near future, simply because those challenging conditions are not expected to change for the better, at least anytime soon.

“The trend is here for a while — you’re going to see more consolidation in that marketplace,” he went on, adding that such consolidation will improve the overall health of the industry, while also creating opportunities for the remaining community banks in the market because of their smaller size and ability to serve customers in a more personalized fashion.

Sosik said he’s not sure if additional acquisitions like this one are in ESB’s future.

That uncertainly stems in large part from the rare nature of such opportunities and an inability to predict just when and how they might come about.

Overall, the bank is not seeking out such opportunities as much as it is reacting to them when they do arise, he told BusinessWest, adding that this approach will continue, because it must, out of necessity.

As he said, the status quo will eat you alive — if you let it.

It’s Not a Stretch