By that, he meant this decision to cross the border — which is becoming far less of a boundary seemingly with each passing year or quarter (more on that later) — was definitely not a line item on a detailed strategic plan penned years or even months ago.

Rather, it was “an opportunity seized,” said Patrick, the institution’s president and CEO, who has presided over a number of well-planned and executed initiatives, including everything from taking the now-$2.5 billion bank public in 2011 to an elaborate territorial expansion effort marked by 10 new branches over the past three and a half years.

Elaborating, he said the merger of equals between United Bank and Connecticut-based Rockville Bank eventually left Farmington with an opportunity to hire a number of seasoned commercial lenders who know the Western Mass. market and have served customers here for years, if not decades, and establish what amounts to a foothold — specifically a small commercial-lending office on Memorial Drive in West Springfield.

“I’d be a fool if I said I knew everything that was going on in Springfield, and that we could manage that market from this area,” he told BusinessWest, referring to Greater Hartford. “That’s why it was important for us, when the opportunity came, to hire the team that we did. We hired a team that lives in Western Massachusetts, grew up there, and has worked for a long time there.”

The bank intends to move forward from its beachhead with branches in West Springfield and East Longmeadow, said Patrick, adding that these locations were carefully chosen — the former for its central location and proximity to major highways, and the latter because of the community’s rapid growth rate, proximity to other high-income towns, and location next to the Connecticut border.

While acknowledging that these specific communities, and the region as a whole, is likely overbanked, Patrick believes there is certainly room for another player, especially one with Farmington’s size — at $2.5 billion, it’s large enough to handle most deals but small enough to be more personal than the regionals and super-regionals — and track record for customer service.

Summing it up, he employed three words that he would return to often — people, technology, and franchise — and said the bank’s recent organic growth has come about directly from investments in each of them.

And he firmly believes that the name of the small Connecticut town (population roughly 25,000) will not be a hindrance to gaining market share in Western Mass., where some brands have been in existence for more than a century.

“Look at TD Bank — most people don’t even know that stands for Toronto Dominion and that this is a Canadian bank,” he said, using that $220 billion institution to get his point across. “It’s not the name on the bank that matters; it’s the people behind it, and we’ve got great people.”

For this issue and its focus on banking and financial services, BusinessWest examines Farmington’s foray across the border while explaining Patrick’s confidence that the move will be another positive step forward for the institution.

Patrick said Farmington Bank can trace its roots back to 1851. For most of its existence, its footprint was Farmington — an affluent suburb of Hartford that is home to Otis Elevator and Carrier Corp., among other major businesses — and surrounding communities.

Patrick joined the institution as president and CEO in the summer of 2008, just as the nation’s economy was heading into freefall and the financial-services industry was entering a period of profound change and challenge.

“I joined the company the day after Bear-Stearns collapsed,” he said, referring to the Wall Street investment bank whose demise and government-backed sale to JPMorgan Chase triggered several months of turmoil and bailouts for the banking sector and the start of a new era for institutions of all sizes.

“During that time, we were in the beginning throes of a very significant financial crisis,” he told BusinessWest. “We recognized, as an organization, that the world had changed, not because of anything we had done, or that community banks had done with regard to subprime lending and those types of things. But things had changed dramatically; liquidity in the markets dried up, and it was a very challenging time.

Elaborating, he said it became clear that the bank, then with roughly $950 million in assets, needed to diversify its customer base and expand geographically beyond those roots in Farmington.

As part of that strategy, the bank went public in 2011, raising roughly $180 million in capital, which it has used for what Patrick called smart, controlled growth aimed at making the bank “an economic driver” in the communities it served.

“We recognized that, if we were going to make these investments we needed to make, especially in technology, you need capital — it’s the key to success, especially on the regulatory side of things” he said, while explaining the move to go public. “But we also wanted to make sure we were raising capital for the right reasons — to take that capital and invest it back into loans and the marketplace, which we did.

“We’re not growing just for the sake of growing,” he went on. “The core of our business of lending has to be good assets because, at the end of the day, that’s one thing that can really crater a bank.”

Overall, Patrick said Farmington’s growth strategy will be the same in Western Mass. that it has been in Connecticut, meaning that the goal is to not merely to have a presence in a community or market, but to be that economic engine he described.

“We want to be a good community player — we’re not up there to take; we’re up there to be a partner in the marketplace,” he explained. “I’ve reached out to several leaders and asked how we can do that. I’ve said, ‘tell us how we can help and be a significant partner with you in the market. How can we make a difference in that market?’”

As he talked about Farmington’s foray into the Western Mass. market, Patrick said it is similar in almost all ways to the bank’s expansion efforts in the Nutmeg State.

Over the past several years, the bank has essentially extended its reach on both sides of the Connecticut River, with 22 branches that reach about 20 miles south from its original base in and around Farmington, he explained. The bank’s latest gambit will effectively do the same, except the direction is north and across a state line that has been all but erased over the past decade or so as institutions on both sides of the border have ceased viewing the state line as a stopsign.

“There’s a border 20 miles to the north of where our headquarters are here,” he explained. “If I go 20 miles to the south, I’m still in Connecticut, and it’s just another geographic and economic region of our state that is contiguous to where we are in Hartford County. There’s no reason in my mind why I can’t think of Western Massachusetts as the same kind of thing.

“To go to West Springfield and Western Massachusetts, I don’t look at that as necessarily another state type of thing,” he went on. “I look at it as being contiguous to our market; that market is very similar to ours.”

That said, Patrick acknowledged that Western Mass. has its own personality, for lack of a better term, and its own business community, and serving it effectively requires knowledge of the market and its players.

And this brings him back to that notion of seizing a unique opportunity— specifically, the hiring of local commercial lenders and other banking professionals well-versed in this market and also with deep portfolios of clients they’ve served, and could potentially serve in the future as representatives of Farmington Bank.

“The professionals we have on board with us have been imbedded in the community and the marketplace and have a tremendous reputation in that marketplace,” he explained. “And their ability to help their customers day to day, provide value-added service for those customers and businesses, and understand where they are today and what their objectives are for the future … those are things that will enable us to be successful.

“They don’t need me telling them who to call, how to do business up there, or those types of things,” he continued. “What I do is reach out to the community to get an understanding of where and how we can be a good community partner and be an economic driver in those marketplaces, in the same way that we’ve been doing it down here.”

And as he surveys the scene in Western Mass., Patrick believes the timing is good for a move into this region.

He noted that, while the planned $800 million casino to be built by MGM in Springfield’s South End and has garnered most of the attention and the press in recent months, there are other encouraging developments across the region.

The phrase ‘good timing’ also relates to the state of the Western Mass. banking community, said Patrick, noting that recent spate of mergers and acquisitions, including the announced acquisition of Hampden Bank by Berkshire Bank, should create opportunities, especially for smaller community banks.

“Obviously there is some disruption in the market up there, and that’s OK if we are the beneficiary of that disruption — that works,” he said. “Also, we have four new team members who have been entrenched in lending with some of the same borrowers for 10 or 15 years in that marketplace. And, in many cases, borrowers and businesses follow their lenders, as long as the organization they’re working for gives them the tools to succeed.”

Patrick said locations for the first two branches are still being scouted and should be finalized later this month. He said these initial branches will provide solid opportunities to introduce the bank, exemplify its commitment to the market, and begin the process of gaining market share.

“You don’t just throw some people in an office and say, ‘we’re open for business.’ If we’re really committed to the community and committed to the marketplace, we’re going to make other strategic investments,” he said. “We’re going to invest in a physical plant and start out with two hub branch offices, in West Springfield and East Longmeadow, and then grow around those as the marketplace dictates where the growth opportunities can be.”

Patrick said it’s difficult to project if, how, and where Farmington Bank will expand within the Western Mass. market in the years to come. For now, his focus is on the present and building a firm foundation for growth.

“We need to earn our stripes, and we need to prove ourselves; that’s the first order of business,” he told BusinessWest, adding that the institution has been quite successful at doing that within its broader footprint in Connecticut, and he believes that same pattern can be duplicated north of the border.

Although, as he said, it’s not really a border, or boundary, any longer. 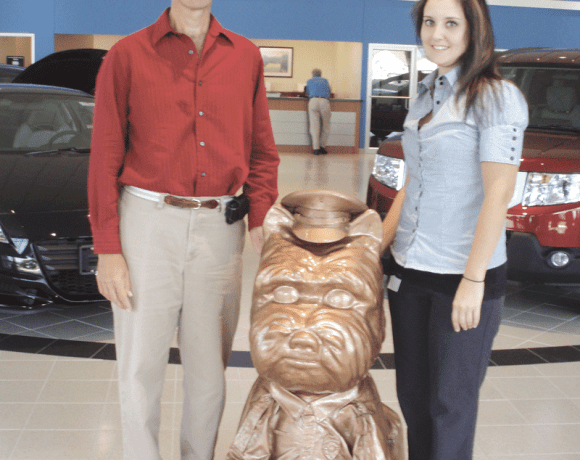 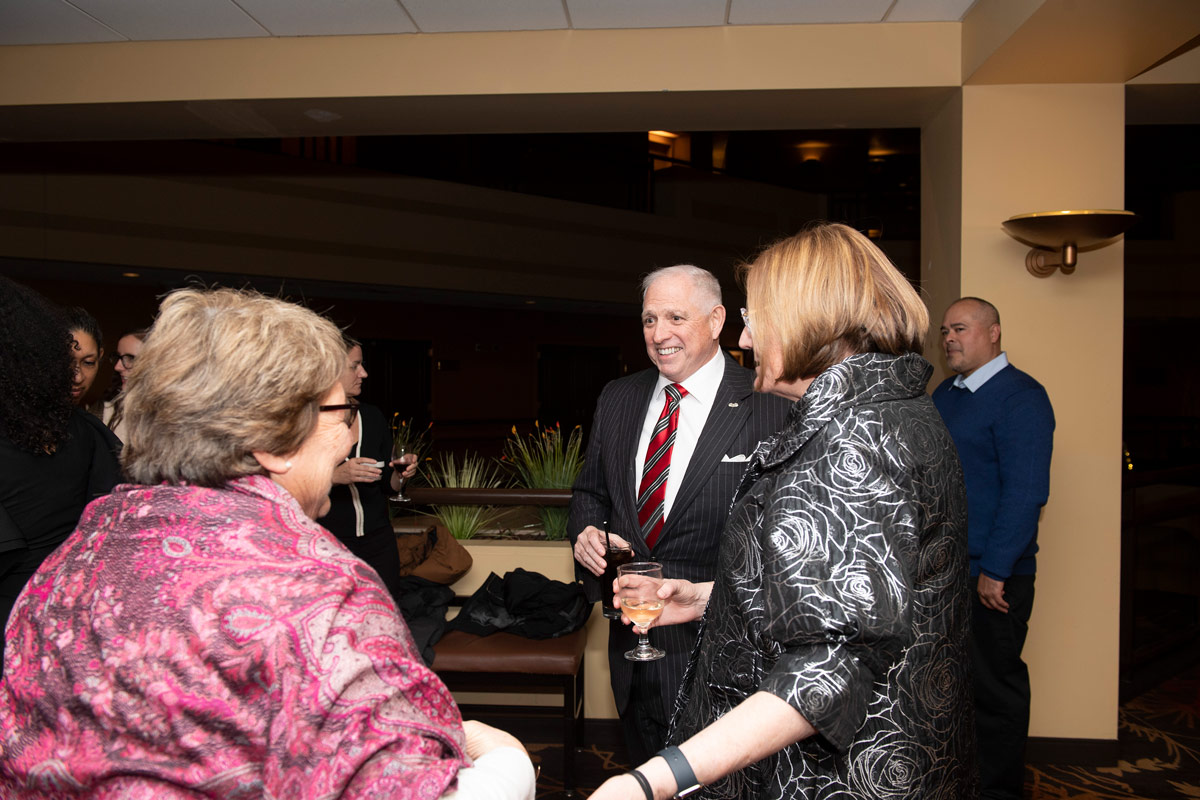 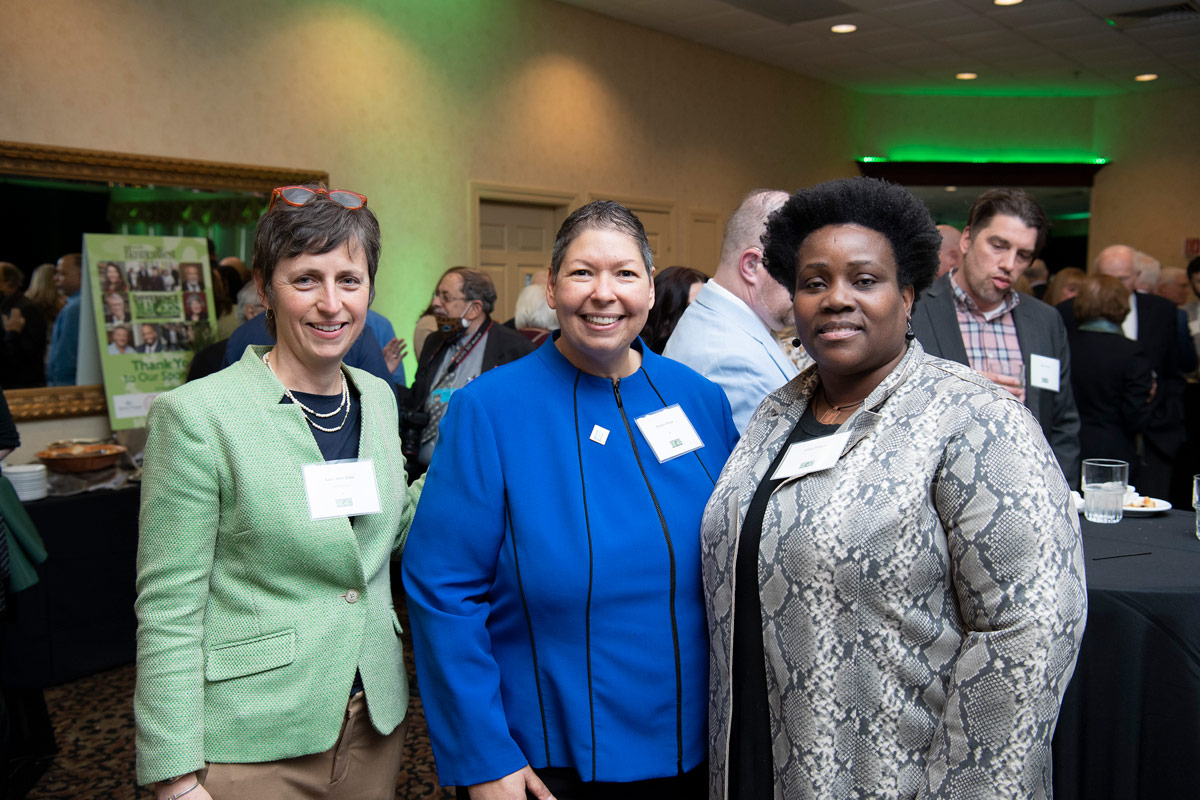 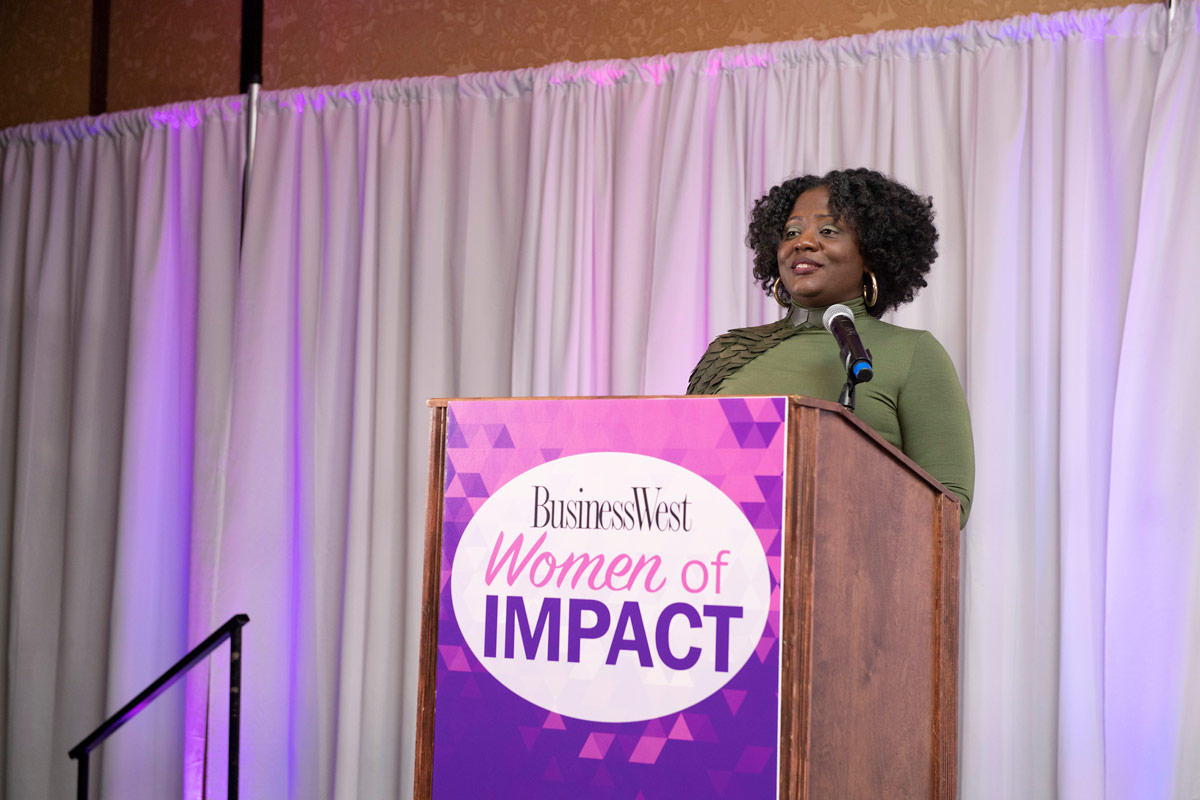 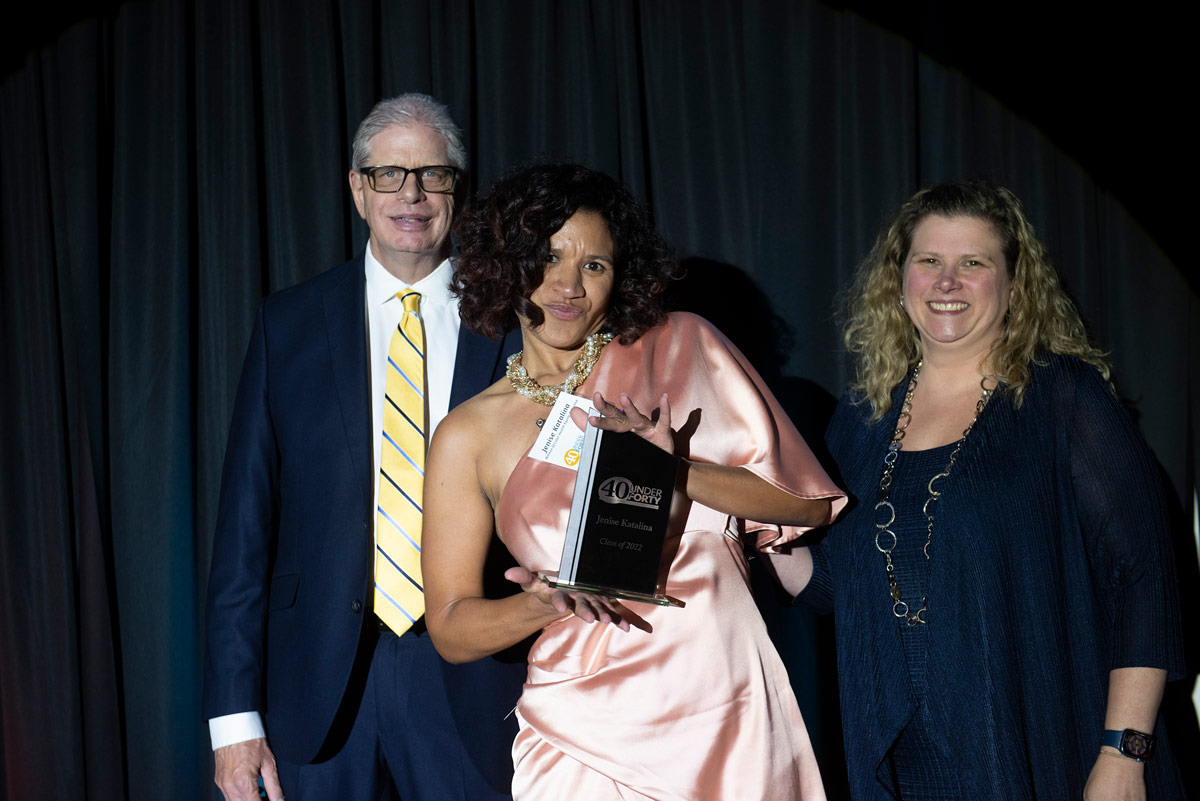