As more people continue to test positive for COVID-19 and its variants locally and across the country, Pfizer’s Paxlovid pill, introduced on the market in December 2021, is fast becoming the treatment of choice, which some have referred to as the antiviral pill offering hope for “zero COVID deaths.”  Paxlovid is now available, via prescription, at most local pharmacies. It is a safe and effective treatment and must be taken within the first 5 days of testing positive for COVID-19.

There will be time for questions and answers. To register, visit BaystateHealth.org/CovidPositive.

Miller’s appointment, which becomes effective on May 29, follows a nationwide search during which time she served as interim chief nursing Officer for Baystate Medical Center since July 12, 2021.

“During her time as interim chief nursing officer, Joanne has proven to be a dynamic leader supporting our caregivers as they have continued to provide exceptional care during the coronavirus pandemic,” said Marion McGowan, BSN, MPM, PhD, executive vice president and chief operating officer for Baystate Health.

For 20 years, Miller — who began her career as an oncology nurse — has served in various positions throughout the country, including senior vice president, Patient Care Services; vice president, Surgical Services; chief nursing officer and interim CEO in both major academic health systems and community-based hospitals.

Prior to serving as Baystate Medical Center’s Interim Chief Nursing Officer, Miller served as chief nursing executive at Carson Tahoe Health System in Nevada and interim CEO and chief nursing officer at Jupiter Medical Center in Jupiter, Fla. Prior to Jupiter Medical Center, she served as CNO and VP of Patient Care Services for Johns Hopkins Medicine/Sibley Memorial Hospital in Washington, D.C. At Sibley, she led the development, implementation and evaluation of nursing practice and patient care standards across the acute care hospital, ambulatory sites and its skilled nursing and assisted living facilities. She led the Nursing Quality Clinical Community for the Johns Hopkins Health System. 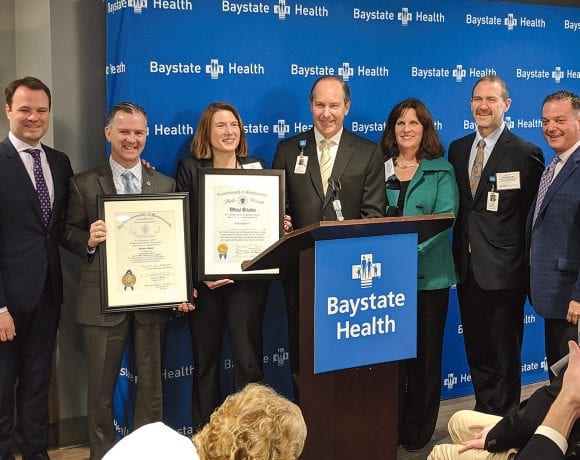 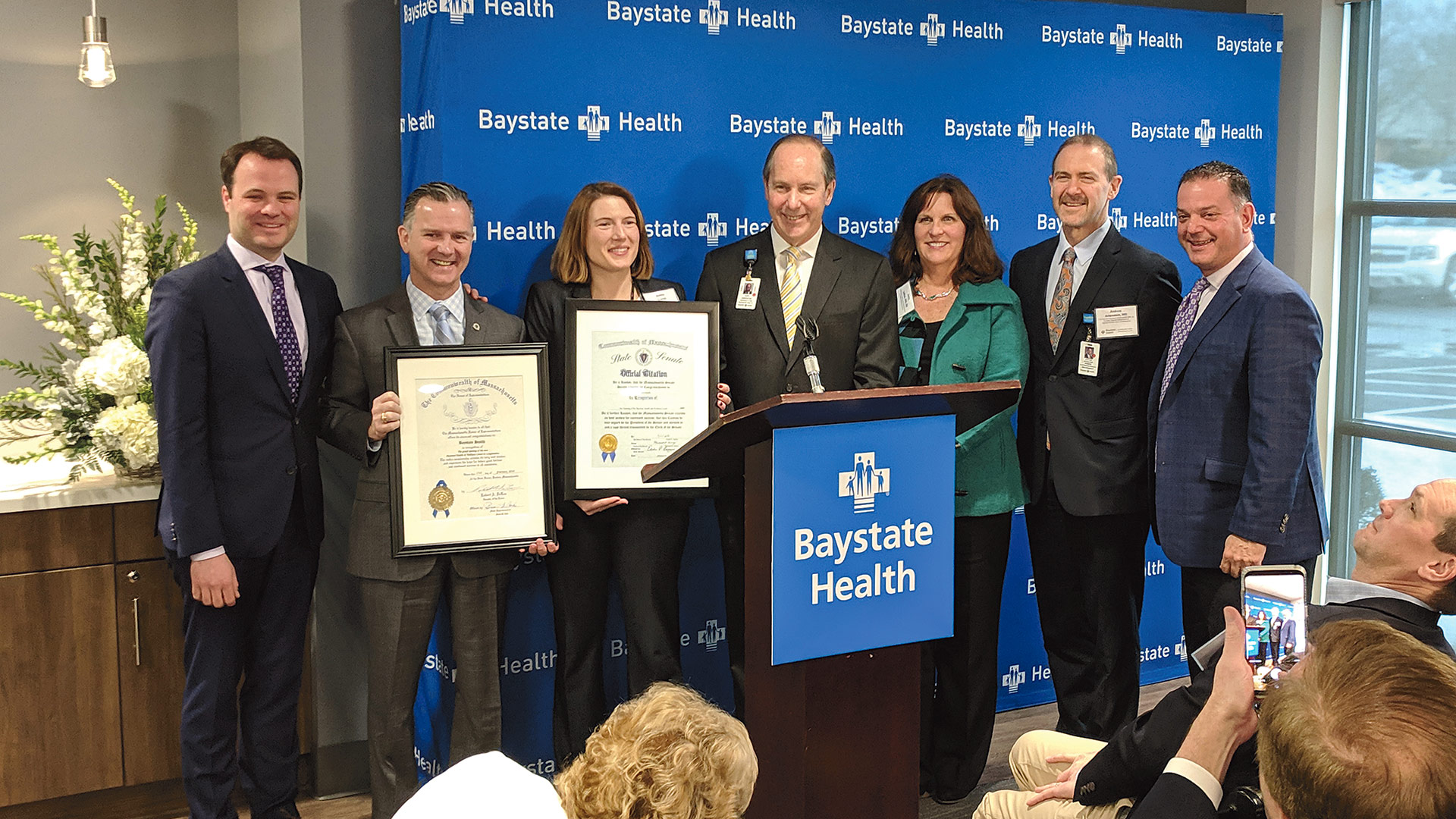 State Sen. Eric Lesser and Keroack share a moment before the event 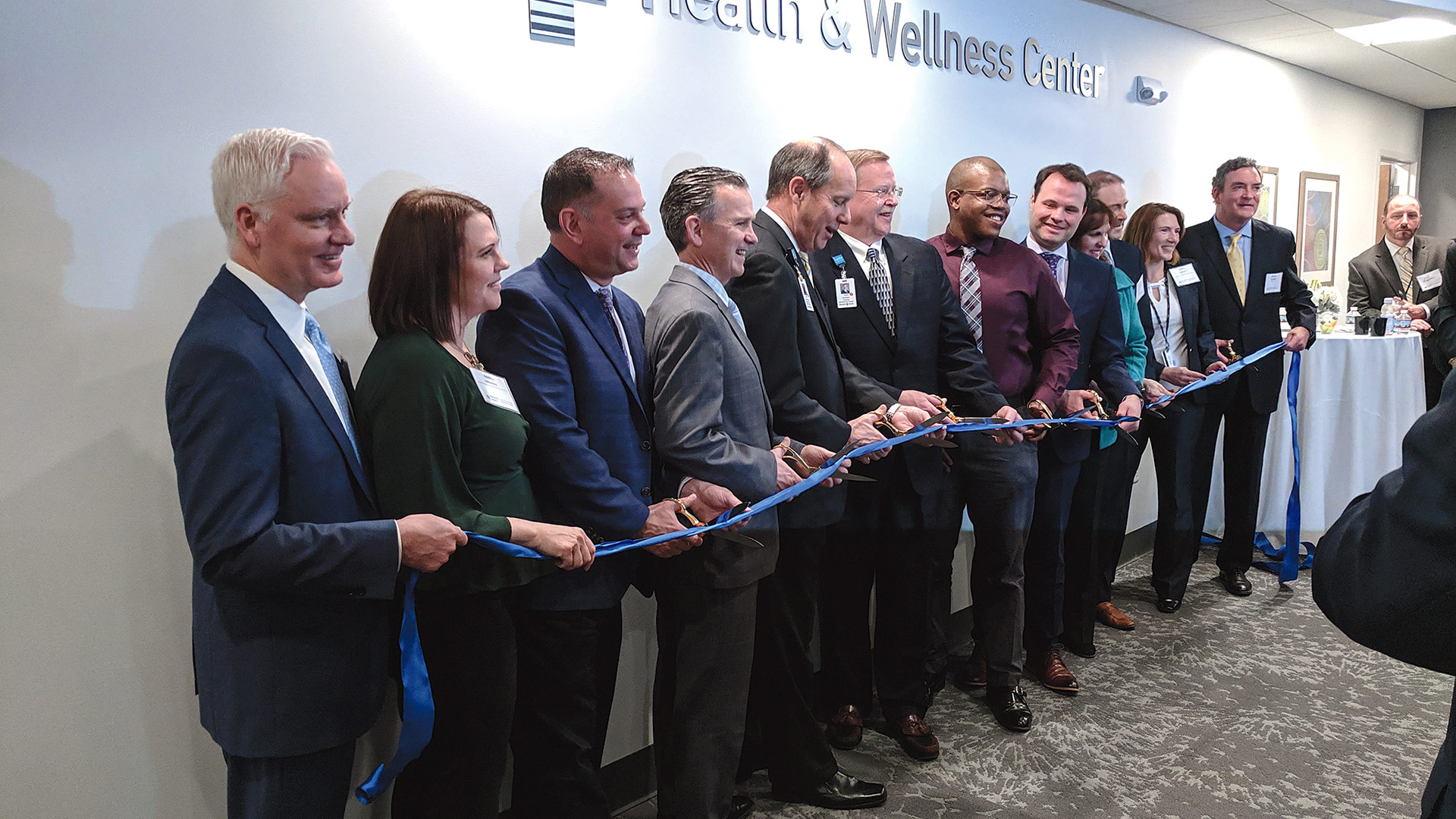 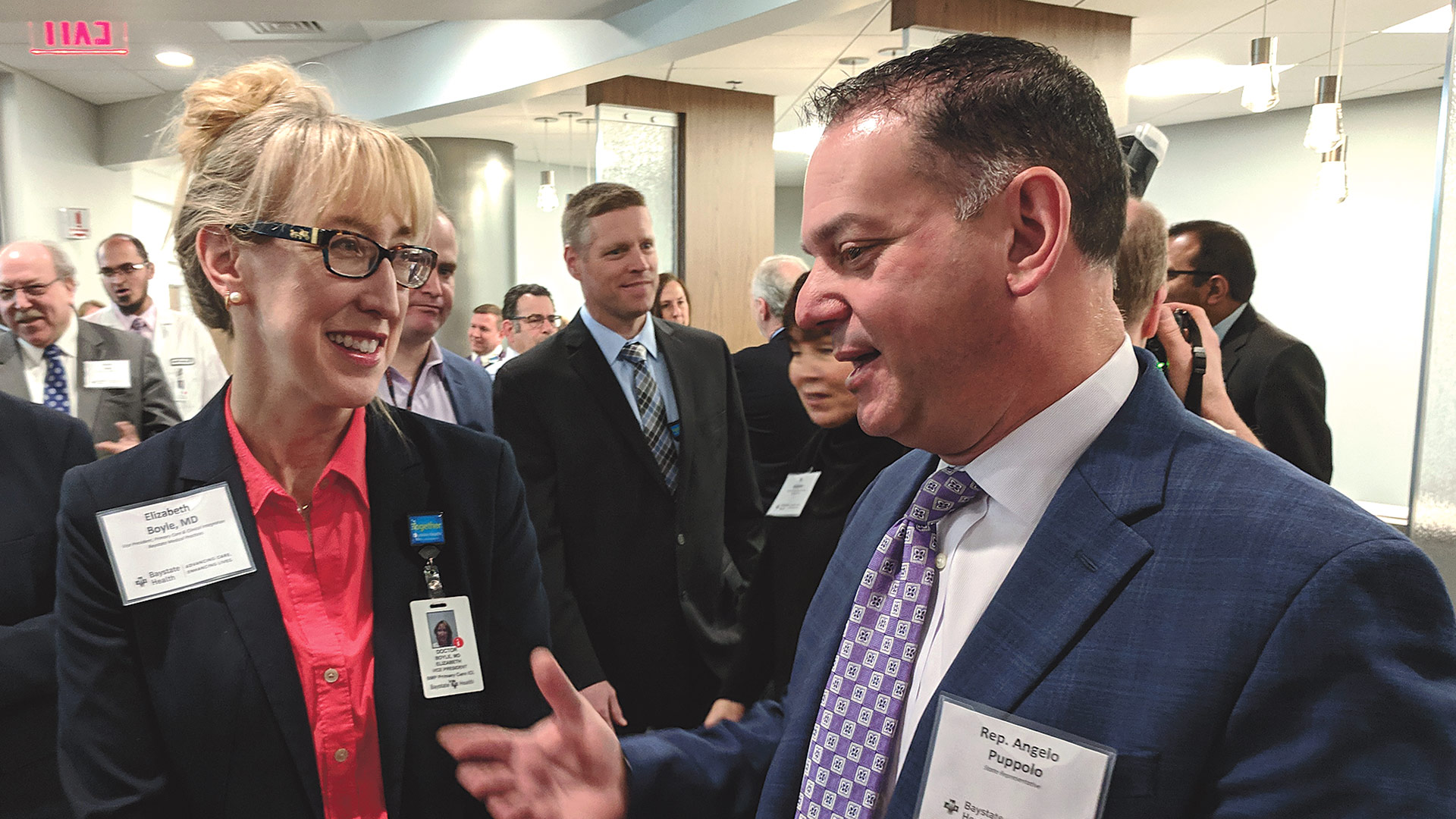 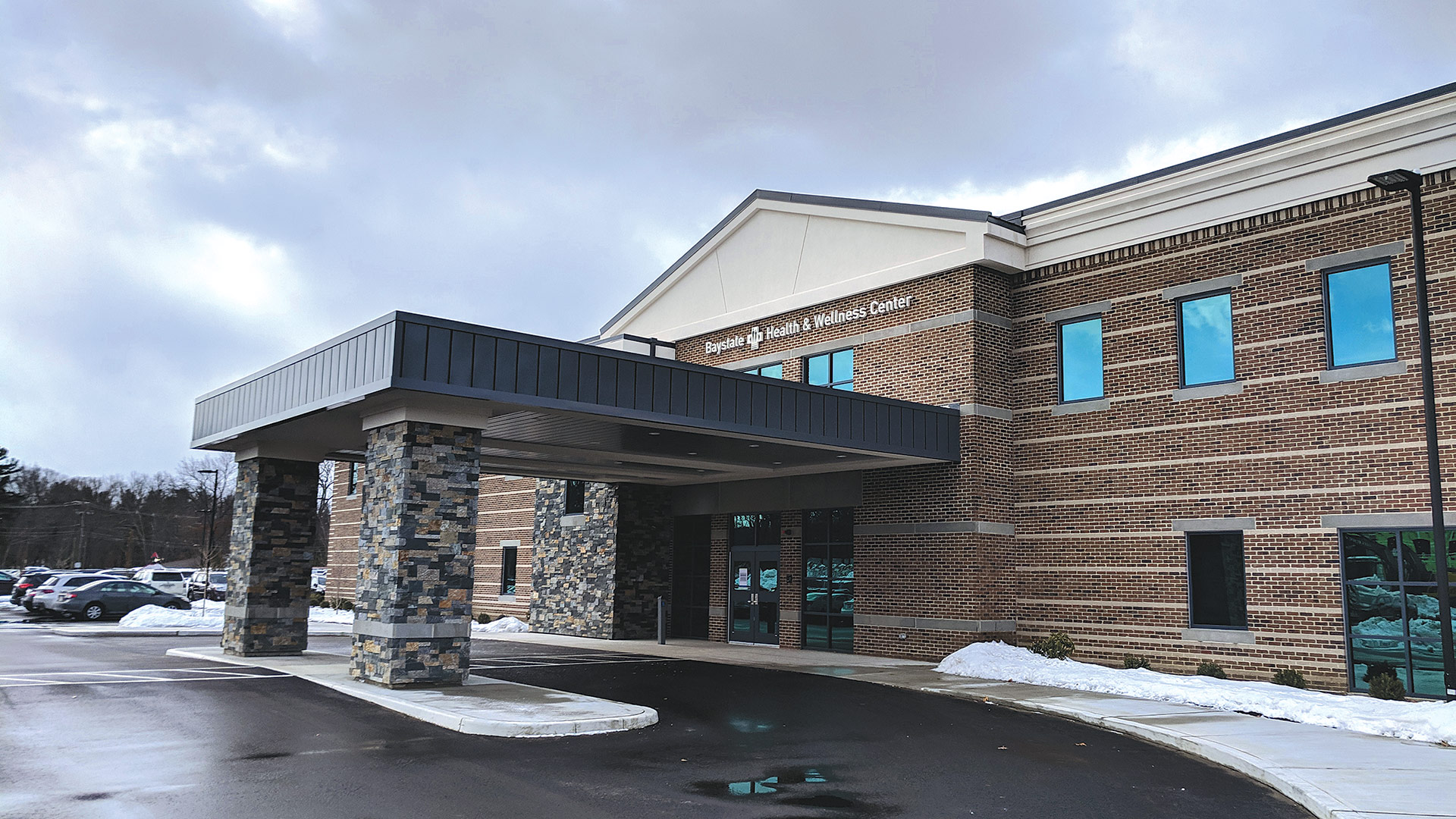 The back entrance to the new facility at 21 Dwight Road