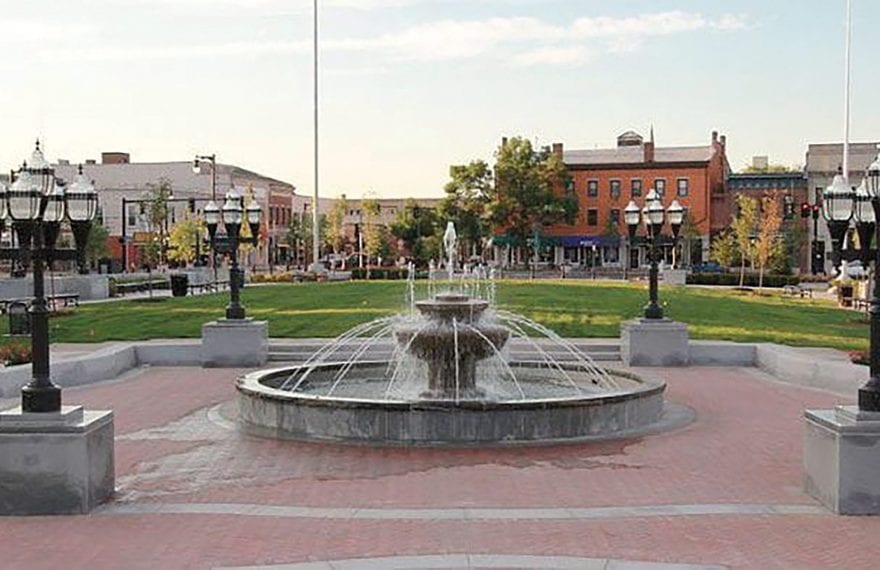 While communities nationwide continue to grapple with what he calls the “grumpy cloud” of COVID-19, Westfield Mayor Donald Humason is looking to project a little sunshine.

“A lot of it has to do with the attitude in Westfield,” the mayor said. “We’re optimistic, and we want people to come to our community because it’s a great place to live, work, go to school, and run a business.”

Kate Phelon, executive director of the Greater Westfield Chamber of Commerce, agreed, and wants everyone to know Westfield is open for business. 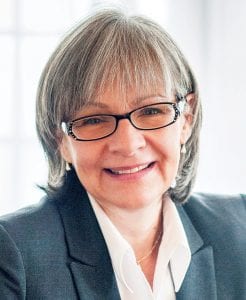 Kate Phelon says the Greater Westfield Chamber remains strong and active, and has even welcomed some new members.

While the chamber remains strong with more than 5,000 members, two new businesses have recently joined. Play Now, a new toy store on Silver Street, and Results in Wellness, a health and wellness clinic on Springfield Road, were both planning ribbon-cutting ceremonies at press time. Also scheduled to open is a Five Below store, where everything is priced between $1 and $5.

“New business openings are a great thing to see, especially during these times that are so challenging for everybody,” Phelon said.

After many months of not being able to hold any chamber events, she’s also excited about hosting the annual chamber golf tournament, scheduled for Aug. 31 at East Mountain Country Club. “We will, of course, be following all the guidelines for masks and distancing. It certainly helps that this is an outdoor event.”

Speaking of outdoor events, the Westfield Starfires began their Futures Collegiate Baseball League season on July 8. The team modified Bullens Field to provide a safe experience for fans and staff by following state guidelines for COVID-19 safety. Phelon attended as part of a contingent of chamber members and reported that fans simply wore their masks and were able to enjoy refreshments at properly distanced picnic tables.

“We’re optimistic, and we want people to come to our community because it’s a great place to live, work, go to school, and run a business.”

Considering what’s already been lost in this unprecedented year, the shout of ‘play ball!’ was certainly welcome — and city and chamber officials hope it heralds the start of a back half of 2020 that’s far more promising than the first half.

While it was uncertain if the Starfires would be able to play this season, the crew at Westfield Gas & Electric never stopped.

General Manager Anthony Contrino said his crews have consistently provided essential services for customers of the municipal utility. After a crash course on handling COVID-19 in the workplace that kept people safe and followed state guidelines, G & E crews have handled only emergency situations for the last several months. More recently, the utility has been able to handle non-emergency work like in-home gas and electric installations.

Contrino said the many disaster-recovery drills he and his colleagues have done in the past helped prepare them well for COVID-19.

“We’ve had a lot of remote-workforce capabilities in place, but they’ve never been tested to this degree,” he said, calling it a “blessing in disguise” as the last several months confirmed that the processes they had set up work when they are most needed.

Administrative staff returned to their offices at the end of June after the building was reconfigured with the latest pandemic protocols in place.

“I commend my co-workers, who have done a very good job during this time for their service to the city and all of our customers,” Contrino said, adding that Westfield G & E received the Reliable Public Power Provider Award for excellence in operating efficiently, reliably, and safely. 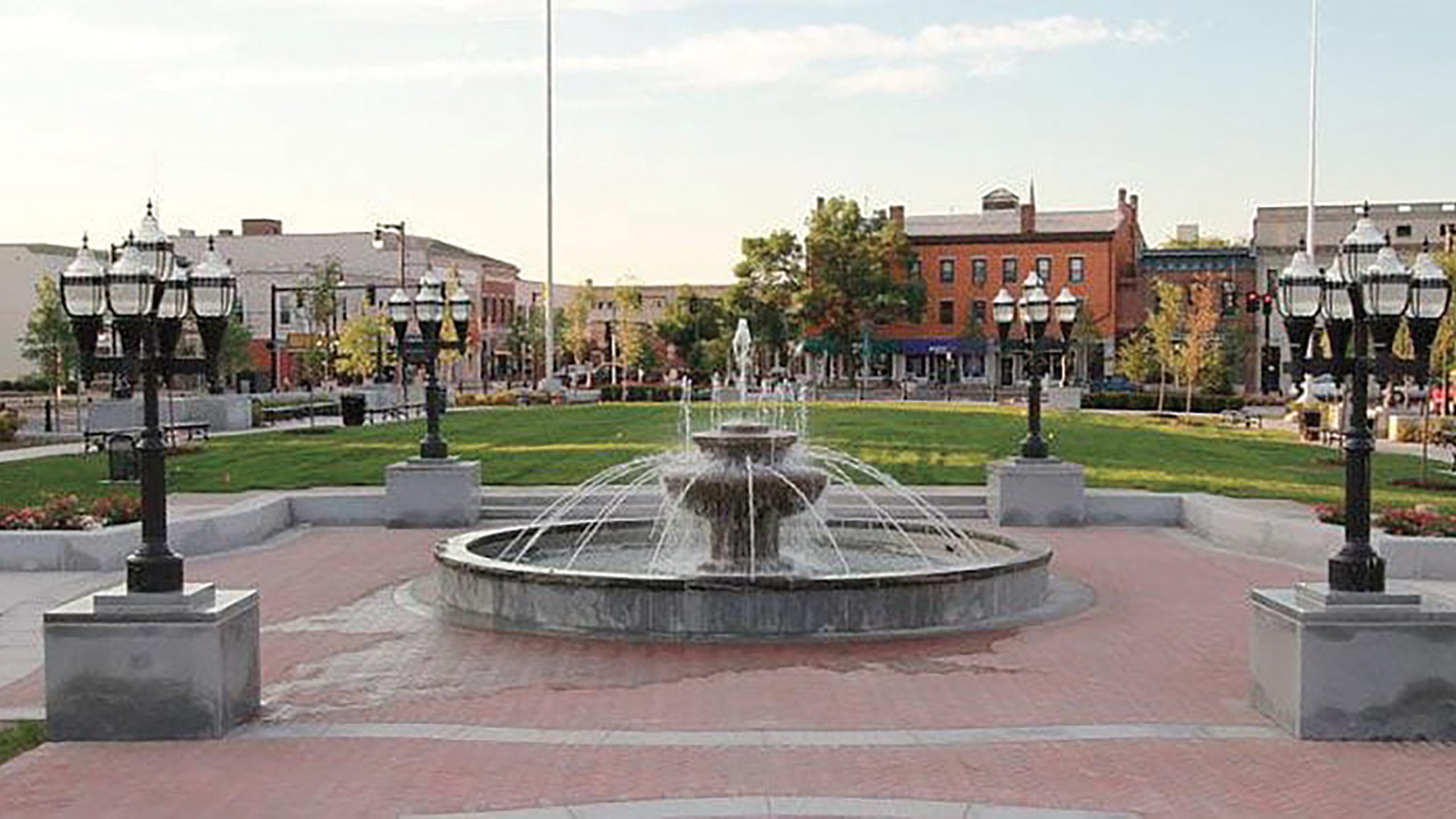 Westfield Mayor Don Humason says he has heard from business, both downtown and elsewhere, looking to expand once they feel they can.

Whip City Fiber, a separate business that provides fiber-optic internet service, is also run by Westfield G & E. Contrino said 70% of Westfield now has access to the utility’s fiber-optic network. “In 2020, we have continued to add customers to areas that have access to fiber optics in their neighborhood.”

The plan going forward is to expand the network to the remaining 30% of the city. “Customer demand will determine where we build out the remainder of the network,” he noted.

In addition to serving Westfield, Whip City Fiber is working with 19 towns in Western Mass. to establish their internet service, Contrino added. “We are working in places like the hilltowns that were underserved with internet service, so they are appreciative that we can help them get up and running.”

Once established, customers in the hilltowns will have access to gigabit service, or 1,000 megabits coming into their homes. By installing fiber optics, Contrino said, these towns are “future-proofing” their internet systems. “We already had the competencies in place to build fiber-optic networks, so by expanding our services to other towns, we become more cost-effective for Westfield residents.”

On the recreation front, the Greenway Rail Trail, an elevated bike path, is expanding across the city. By the end of next year, bike paths and five bridges will be added to the trail.

“The completion of the bike trail will be a real economic driver for Westfield,” Humason said. “I think it will attract cyclists from other parts of the country, as well as the state.”

Phelon added that serious cyclists will be able to ride continuously from Westfield to New Haven, Conn., and the trail is a valuable asset for casual cyclists as well.

“Bike riders will now have a way to quickly get across town because the trail goes through the center of Westfield,” she noted. “Because it’s elevated and above all the traffic, they will be able to go from one end of town to the other, complete with off-ramps into different neighborhoods.”

“New business openings are a great thing to see, especially during these times that are so challenging for everybody.”

The mayor is hopeful that enterprising businesses will locate near the bike trail to serve the bikers, walkers, and others who use it.

“The bike trail fits in nicely with the flavor of old Westfield and our history of industry and agriculture,” he said. “Even if you’re not interested in all that, it’s an easy way to get across town.”

Humason said he’s pleased to see that a number of road improvements over the years now connect the downtown area from the south side of the city all the way to the Mass Pike exit.

“Western Avenue is one of the longest streets in the city, and it deserved to get this treatment,” the mayor said, adding that certain parts of the road also have traffic islands to separate the east and west lanes. “It’s an easier road to drive now, and it looks really nice.”

The mayor said the city completed a similar project on East Mountain Road, another long street. “If we continually work on the longer streets and keep them in good order when we have the revenue, we can work on the smaller streets in the neighborhoods and the downtown corridor, so we can keep the city in good shape.”

Future projects coming to Westfield include a new entry gate to the military side of Barnes Airport to service the both the Army Aviation facility and the Air National Guard base. The new entrance will allow the base to modernize function and security for everyone entering the base.

A public park is also planned just outside the gate that will feature one of the F-15 fighter jets that flew over New York City on 9/11. A plaque to tell the story of the jet’s mission on Sept. 11, 2001 will also be part of the display.

Also in the near future, Phelon will be retiring from the Greater Westfield Chamber. Before she leaves on Sept. 25, her plan is to work with the new executive director to ensure continuity in the many chamber projects.

“I want to make sure the next director understands our community, as well as our members, and can work with our public and private partners at the local and state level,” she said.

Despite the tough economic times of the last six months, prospects for Westfield look strong, she told BusinessWest, adding that she’s encouraged by the fact that no businesses have decided to not reopen. Meanwhile, Contrino said his crews have not been asked to shut off any business customers because they are permanently closing. Humason said he’s heard only from businesses looking forward to expanding once they can.

“Like many towns, we’re going through the COVID economy, but that’s not going to last forever,” the mayor said. “We’ll be ready to grow when the restraints have finally been taken off because the people in Westfield have put a lot of time, attention, and money into its city and its downtown.”