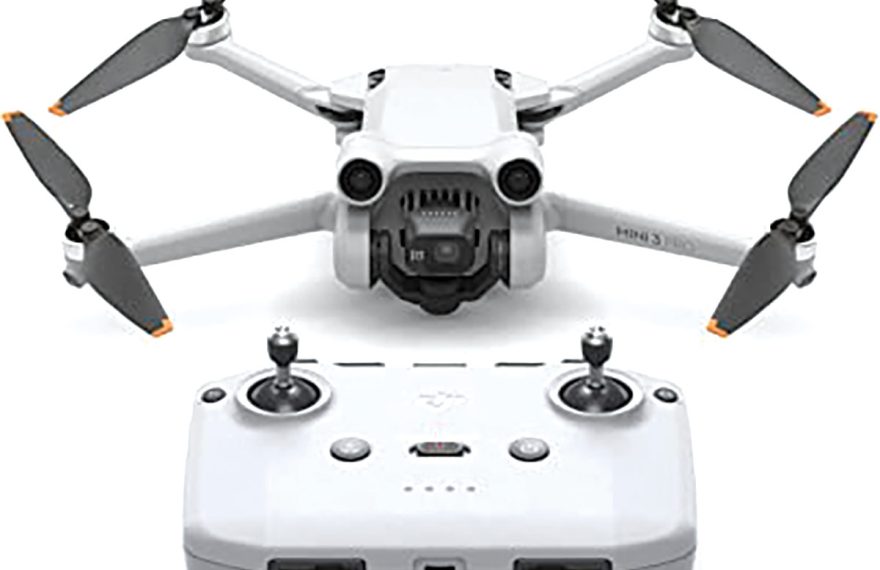 The Future Is Here

It’s striking to think that many young professionals entering the workforce today have never known a world without high-tech devices, many designed to be used on the go, that address every possible work and leisure need. And those devices have only become more powerful over time, with a wider array of options and price points. In its annual look at some of the most intriguing devices available, BusinessWest dives into what the tech press is saying about some of 2022’s hottest products for the home or … well, anywhere else.

Among this year’s crop of smartphones, the Samsung Galaxy S22 Ultra ($1,199) has been getting plenty of raves. In fact, Spy calls it “the first true flagship phone to beat for 2022.” The site praises Samsung for bringing back the S Pen stylus, a popular feature with Samsung’s Galaxy Note series. “It’s also a beast when it comes to capturing photos and videos with its quadruple camera system, offering excellent image quality and low-light performance. You’ll have plenty of versatility with this package because you can get very close with its 100x space zoom telephoto lens.” 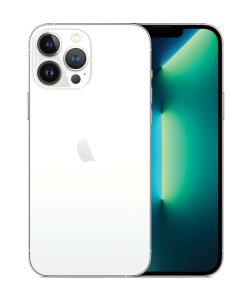 You’ll find no shortage of love for Apple’s newest models as well, the iPhone 13 Pro ($999) and 13 Pro Max ($1,099), which, boast the best cameras and battery life of any iPhone to date, CNET notes, as well as high-end features like the ability to record ProRes videos. “By packing the 13 Pro and 13 Pro Max with features many of us have wanted for years, including a display with a high refresh rate, Apple further defined the difference between its Pro and non-Pro phones. Three years ago, by comparison, the word Pro seemed more of a marketing term than an indication that the phone was any more professional than a regular iPhone.” 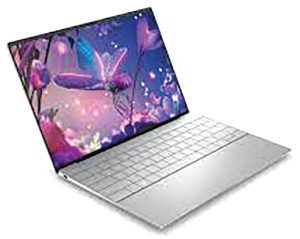 In the laptop world, the Dell XPS 13 Plus (starting at $1,449) “is a sleek computer that’s built around the latest and most powerful Intel Core processors,” Business Insider notes. “In lieu of click buttons, it uses a seamless glass touchpad surface and replaces the function keys with a top row of touch-sensitive function buttons.” In addition, Dell’s updated RapidCharge Express 2.0 technology can charge the battery up to 80% in under an hour. “Innovations like this,” the publication noted, “can benefit users and keep Dell ahead of rivals.”

Among today’s monitors, BBC Science Focus raves about the Samsung M8 smart monitor ($579). “With an affordable price tag, and an overkill of connection options, the Samsung M8 could be the perfect monitor for a lot of people. It doubles up as a TV and monitor, offering smart TV with Netflix, YouTube, and most streaming platforms, as well as connection options for most laptops, AirPlay for Apple products, and even DEX to connect your Samsung smartphone as a computer. Not enough? It also has built-in speakers, a 4K display and an added webcam.” 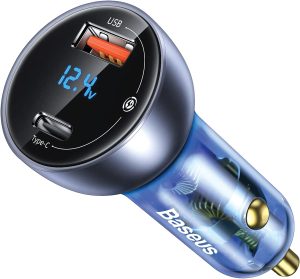 Need to keep your devices charged in the car? The Baseus USB-C Car Charger ($19) is an inexpensive device with a 65-watt USB-C port that can power up most laptops, according to bestproducts.com. A USB-A charging connector with a maximum power output of 18 watts is also included. “The product has a sleek design with translucent housing, a built-in voltage display, and onboard illumination. It has built-in tech to protect the connected devices from overcharging and overheating.”

There’s no doubt that the explosion of entertainment choices we can stream on dozens of services has transformed the way we watch TV. At the same time, smart TVs have grown larger and less expensive over the past few decades. Among today’s models, Esquire praises the LG Electronics C1 65-inch OLED HDTV ($1,379). “With a beautiful picture and a sleek, stylish design, LG’s OLED TV is one of the best on the market. Plus, it can connect to Amazon Alexa devices so your whole house is hooked up.”

Most TVs aren’t built to survive the elements, but the SunBriteTV Veranda Series 3 ($2,899) is specifically designed for the outdoors. “In addition, it offers a few key advantages over previous Veranda models, including a brighter and much more colorful picture with support for Dolby Vision, as well as a full suite of Android TV features such as streaming media services, Google Assistant voice control, and the ability to mirror your phone,” PC Magazine notes, adding that, while the price tag is high, “you’re paying a premium for a TV you can use outside without worry.” 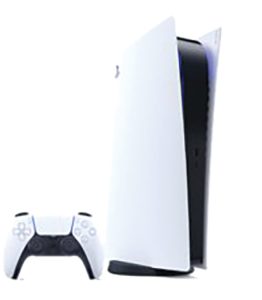 Gamers have more options than ever before as well, but for many, PlayStation still reigns supreme. Calling it “the best plug-and-play gaming platform available,” Digital Trends says the PlayStation 5 ($499), boasts “lightning-fast load speeds, a new controller, and a phenomenal lineup of launch titles (including fan favorites and new exclusives).” In fact, the magazine noted that the PS5 not only easily bests the Xbox when it comes to game selection, Sony has now brought backward compatibility into the fold, so the PS5 will be able to play most PS4 games. “The PS5 simply has the best game library out there right now.” 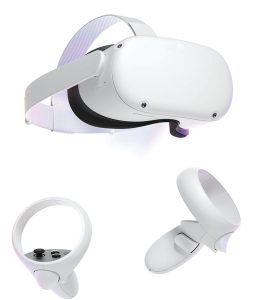 Speaking of new ways to play, “virtual reality might take its time to have its ‘iPhone moment,’ but it is still very much the next big thing for the coolest gadgets,” Spy notes, and no VR device flashes that promise more than the Meta Quest 2 ($299). Without the need for a powerful computer or special equipment, users can simply strap the Quest 2 (formerly Oculus) to their head, pick up the controllers, and move freely in VR space, thanks to its inside-out technology, which uses cameras placed outside the headset to track the users’ movement in the space around them. 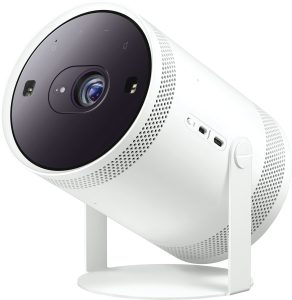 Then there’s the Samsung Freestyle ($799), a new portable entertainment device that combines a projector and smart speaker into one compact package. It supports 1080p projection at up to 100 inches, offers access to a wide variety of streaming apps, and delivers 360-degree sound with built-in Alexa voice control. “The Freestyle stands out from other compact projectors thanks to its rotating cradle that makes it look like a portable spotlight,” Business Insider notes. “It also has automatic picture adjustments that could make it a breeze to set up virtually anywhere. It can even plug into an overhead light socket so you can project onto the floor or a table.”

Life on the Go

Smartwatches are all the rage, and the Apple Watch Series 7 ($329) ranks highly across most rating sites. With a bigger case and a larger screen than its predecessor, “the product also has best-in-class health-, fitness-, and wellness-tracking capabilities, powered by accurate heart-rate and blood-oxygen sensors, according to bestproducts.com. Apple offers the Series 7 with a 41- or a 45-millimeter case in a multitude of finishes, optional cellular network connectivity is available, and wearers can customize the timepiece with a wide selection of bands. “New year, new Apple watch,” Esquire adds. “The 20% larger screen makes all the difference.” 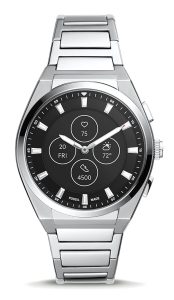 In the category of hybrid smartwatch, which combines connectivity with traditional watch mechanics, bestproducts.com chooses the Everett Hybrid Smartwatch ($179), calling it a feature-packed device with a built-in, always-on display and heart-rate sensor. “We like that, instead of looking like a tech product, it resembles a classic chronograph timepiece with mechanical hands and a three-button layout.” The stainless-steel timepiece is waterproof up to 30 meters, and it is available in several finishes, with an easy-to-replace band or bracelet.

Need a pair of quality headphones and don’t want to splurge on Apple AirPods? Then the clunkily named but sleekly built Sony WH-1000XM5 ($399) may be the way to go, BBC Science Focus notes. “These, like their predecessors, are some of the best headphones around. In terms of specs and audio, these are extremely similar to Sony’s renditions from before. They offer market-leading audio across the lows, mids, and highs, excellent noise cancellation, and you get an array of smart ambient features.” The site also praises the lighter, more minimalist design. 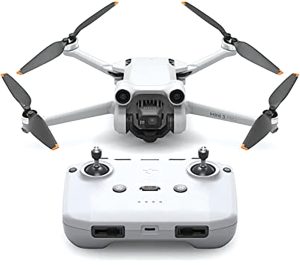 In the market for a drone? “Every year,” BBC Science Focus notes, “the DJI’s Mini series gets smaller and yet more powerful, cramming high-end specs into a lightweight drone that you can chuck in your bag. But with all those improvements comes an eye-watering price, and an increasing fear for your financial status if you crash it.” The DJI Mini 3 Pro ($759) offers advanced obstacle avoidance features, a rotating lens to film in portrait or landscape, 4K video, smart flying features like automatic tracking, and the ability to follow a subject, the site notes. “Despite its higher price, this feels like the perfect drone for beginners, those who like to travel, or really anyone in the market for a lightweight, high-tech drone.” 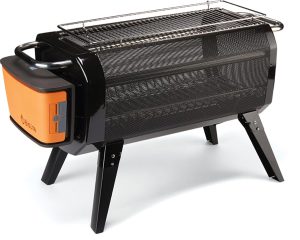 At the end of an active day, why not wind down by grilling dinner — wherever you are? The BioLite FirePit+ ($249) is a small, efficient fire pit that burns charcoal and wood. More than 50 air jets deliver oxygen to the fire for a uniform temperature and reduced smoke, while a rechargeable battery runs a built-in fan for controlling the fire up to 30 hours, according to PC Magazine. “You can cook on top of the included grill grate for direct contact with the flames or pick up a cast-iron griddle accessory. Bluetooth lets you control the flame intensity and fan speed with your phone, for a smart grilling experience no matter where you are.”

Home security systems are nothing new, but if you’re looking for an extra layer of security, the Ring Glass Break Sensor ($40 for one, $70 for two) can detect break-in attempts through glass windows and doors from up to 25 feet away, Wired notes. Users will need a Ring Alarm or Ring Alarm Pro to use it, and the sensor can be configured the sensor to trigger a siren when it detects broken glass. 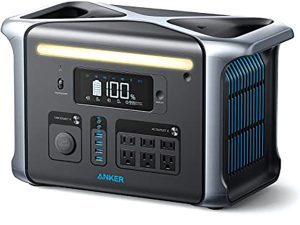 Sometimes home security means being prepared when the power goes down. The Anker 757 PowerHouse generator ($1,399) is powered by a lithium iron phosphate battery, which is the same type of battery used to power various electric vehicles, and “it’s a beast,” Gear Patrol notes. “Its multiple ports and outlets allow will allow you to simultaneously charge various gadgets, including your laptop, smartphone, and tablets, as well as power larger appliances like a refrigerator, a TV, or multiple outdoor lights.”

Air purification is a different kind of home safety product, and Gear Patrol touts the Wyze Air Purifier ($135), which can be purchased with one of three different filters, among the best on the market. “The air purifier works with the Wyze app, and, once set up, it can send you real-time status updates and alert you as to when it needs cleaning.” According to the company, each purifier is capable of cleaning 500-square-foot room more than three times an hour. 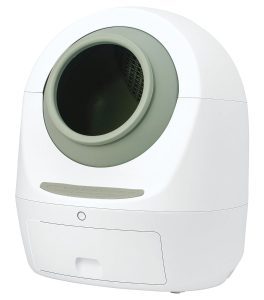 Wired has some ideas for making life easier as a pet owner, like the Smarty Pear Leo’s Loo Too Litter Box ($600). “Veterinarians say automatic litter boxes, while convenient, make it tough for owners to keep tabs on their cat’s bathroom trips — which can be useful for flagging any potential illnesses. The Leo’s Loo Too solves this with a built-in sensor that tracks how often your cat goes, along with its weight, and syncs the data to a companion app on your phone.” The device comes with additional features like UV sterilization and radar to keep the box from self-cleaning while the cat is nearby. 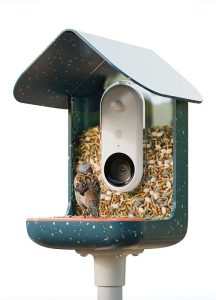 Speaking of animals, Wired also recommends the Bird Buddy Bird Feeder ($200), which “gives new meaning to bird watching. Not only does this cute little home feed birds, but its battery-powered camera offers a live feed via the connected app. If that’s not entertaining enough, it’ll snap photos of said birds, identify the species, and present a ton of facts about each one.”