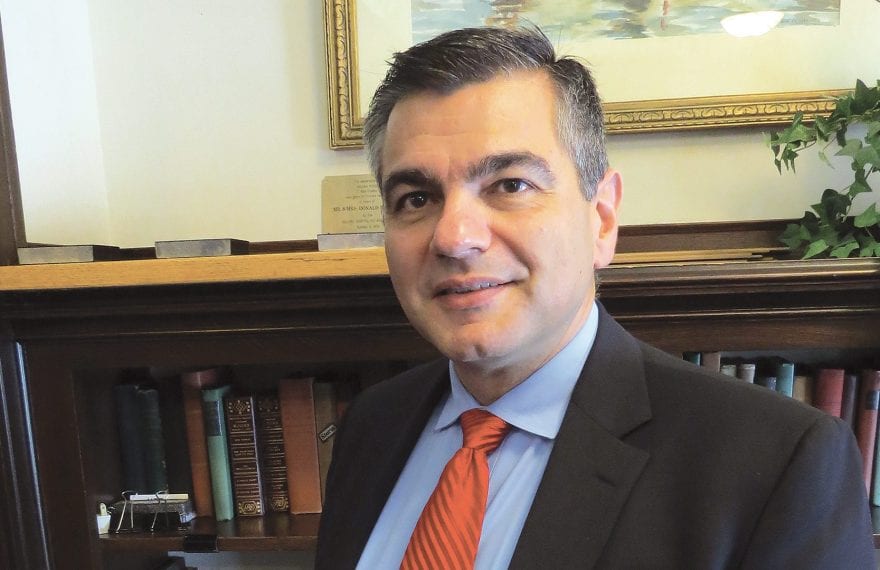 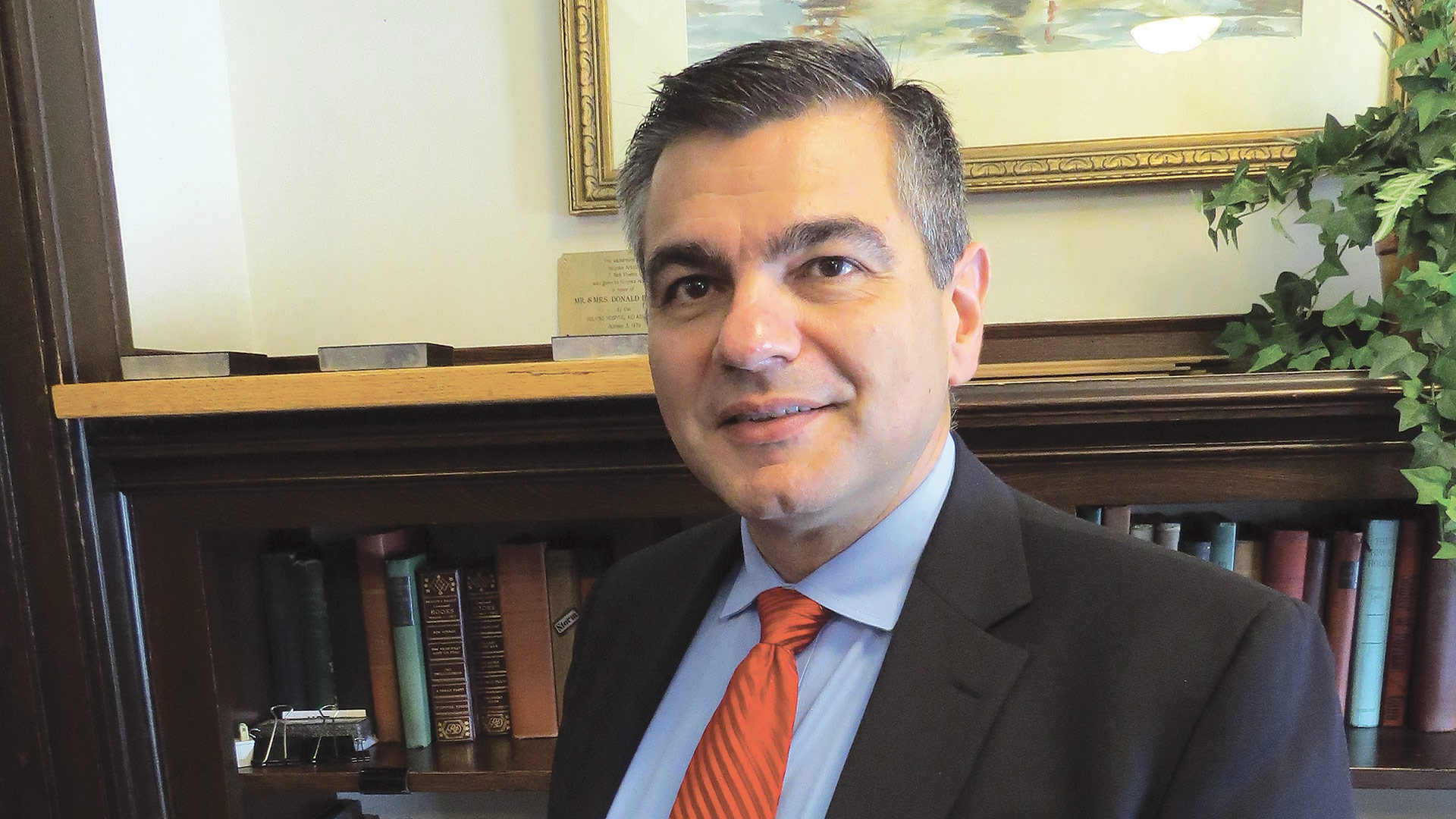 Spiros Hatiras says the Massachusetts Value Alliance has created what he called a “virtual system” for the state’s independent hospitals.

Spiros Hatiras was asked about the Massachusetts Value Alliance and, more specifically, how it improves the buying power of its members, including the one he serves as president and CEO — Holyoke Medical Center (HMC).

He handled the assignment by referencing the hospital’s ongoing work to implement a new electronic medical record (EMR) system, and with an analogy that puts this concept in its proper perspective.

“Let’s say you went to Ford and asked them to build you a car, but told them that, instead of putting the power-switch buttons on the window side, you wanted them on the center console — the cost to customize the car the way you wanted it would be enormous,” he explained. “It’s the same with EMR; what hospitals used to do, and still do, is go to an EMR vendor and ask them to come in and build and install a system for that hospital.”

The Massachusetts Value Alliance, or MVA, as it’s called, is a coalition that is enabling its members to depart from that expensive scenario.

Indeed, several members of the alliance, which now includes 14 community hospitals, have come together to order an EMR system that will be customized for a group — with minor tweaks for each specific facility — and not one hospital. The savings will be substantial — in fact, Hatiras pegs the cost at roughly $5 million for HMC, close to half of what the cost might have been.

“Instead of us individually customizing, we get three hospitals to come together and say, ‘what are the features that make sense for all of us, and let’s build it one time and implement it in three locations.’”

“Our patients are not that different; in fact, they’re not different at all from the other hospitals, and the processes that we use are very similar — the order set, the treatment protocols, are all very similar,” he told BusinessWest. “So, instead of us individually customizing, we get three hospitals to come together and say, ‘what are the features that make sense for all of us, and let’s build it one time and implement it in three locations.’”

This is the very essence of the MVA, which was formed three years ago by founding members Emerson Hospital in Concord, Sturdy Memorial Hospital in Attleboro, and South Shore Health in South Weymouth. It has added new members steadily since then, and the alliance now also includes HMC, Berkshire Medical System, Harington Healthcare System, Heywood Healthcare, Lawrence General Hospital, Signature Healthcare, and Southcoast Health.

These are smaller, independent hospitals that enjoy the benefits of being independent and the ability that gives them to be focused on the needs of their respective communities, said Dr. Gene Green, president of the MVA board of trustees and president and CEO of South Shore Health. But they don’t enjoy the buying power and other cost-saving benefits of being in a larger healthcare system. 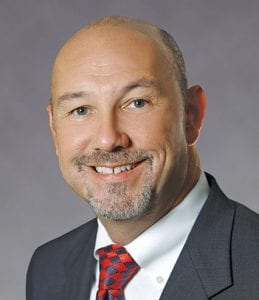 The MVA, operating under the slogan “Health Care Is Better When We Work Together,” was created to level the playing field in at least some ways.

“There’s always greater bargaining power with numbers,” Green explained, adding that the MVA has helped its members reduce the cost of everything from laboratory services for their patients to health insurance for their employees. “Although a lot of people do group purchasing on common things, there are other things, especially within hospitals and healthcare systems, that are specialized, and so the question was, ‘how do we help each other bring our numbers together and help each have more bargaining power with third-party vendors?’”

The MVA was the answer to the question. It was in many ways inspired by a similar system in Connecticut called the Value Care Alliance (VCA), said Green, and today, the two alliances are collaborating to create additional economies of scale.

For this issue, BusinessWest takes an in-depth look at the Massachusetts Value Alliance and at how it is benefiting its members across the state during what remains a very challenging time for all hospitals, but especially the smaller, independent institutions.

Hatiras told BusinessWest that he was approached by the president of Sturdy Memorial not long after the MVA was created and encouraged to become part of the new group.

As he recalls the conversations, it wasn’t a very hard sell.

That’s because the value — yes, you’ll be reading that word a lot during this discussion — was readily apparent. And value is something these hospitals certainly need.

“We were quick to join — we’ve been a member almost from the beginning,” said Hatiras. “This is something we ought to be doing because, as independent hospitals, our resources are much more limited.

“This was a way to bring these hospitals together and join forces in terms of acquiring resources without merging assets or governance,” he went on, recounting two of the obvious downsides to becoming part of a large healthcare system. “We’re creating an almost virtual system.”

And within this virtual system, there exists that all-important commodity of businesses of all kinds, but especially hospitals that purchase a seemingly endless array of products and services — buying power. The alliance uses it with everything from laboratory services — there’s a contract with Quest Diagnostics — to elevator services, Green explained.

“The question was, ‘how do we help each other bring our numbers together and help each have more bargaining power with third-party vendors?’”

“It was a way for us to help each other find cost reductions and efficiencies to help drive down the cost of care, hopefully — unfortunately, revenues are declining at the same time we’re doing the cost cutting — and serve our communities.”

“We don’t have the benefits of a, quote-unquote, system,” he said, referring to the independent hospitals in the MVA. “But we replicated a lot of the those benefits with this alliance.

“We don’t have a mothership that can come to the rescue if one of its members isn’t doing so well — we don’t have that backup,” he went on. “But aside from that, all the other benefits of a system are there — the sharing of information, the sharing of best practices, collaboration, shared negotiation on resources, and more.”

And the alliance enables its members to enjoy greater buying power while also remaining independent, meaning decisions are made locally, a quality these hospitals covet.

“As independents, we’re very focused on our communities, and we’re very proud of that,” said Green. “That’s one of the reasons we came together — to see how we could help one another through cost-effective measures to be able to carry on our missions. We all have the same mission and focus on patient care, patient experience, and high quality.

“All of us are good at partnering with people in our own communities,” he went on, “which made us naturals to be able to partner with one another.”

Green said the group will collectively decide where opportunities to collaborate may exist, and then individual members have the opportunity to opt in or not, an operating mindset that provides members with a good deal of flexibility.

“We didn’t want to force anyone into doing something,” he explained. “If you had a contract that was good for five years, when that expires — and we have one — you can opt in, or you can stay with your own, depending on the relationship.

Which brings us back to that example of EMR that Hatiras mentioned. It’s a perfect example of just how and why the alliance works.

This is a project that involves HMC, Harrington Healthcare System, and Heywood Healthcare, all working with EMR-system designer Meditech.

“This allows to take advantage of tremendous economies of scale because we work on a common build and share common resources, which allows to do this build at a significantly lower cost than if we did it alone,” said Hatiras, adding that HMC will go first, with the other hospitals to follow, with an August 2020 ‘go live’ date for the system.

Green told BusinessWest that, as reimbursement rates for care decrease, or hold steady, and as the price of technology and everything else hospitals buy continues to increase — the savings generated by the MVA are even more important.

“They enable us to stay afloat,” he said in a voice that clearly conveyed just how challenging these times are for all hospitals, but especially those who have chosen to remain independent.

That choice has left them without a safety net, if you will, but in the MVA, they have something that replicates a system in so many ways.

As that chosen slogan suggests, healthcare is better when people work together.