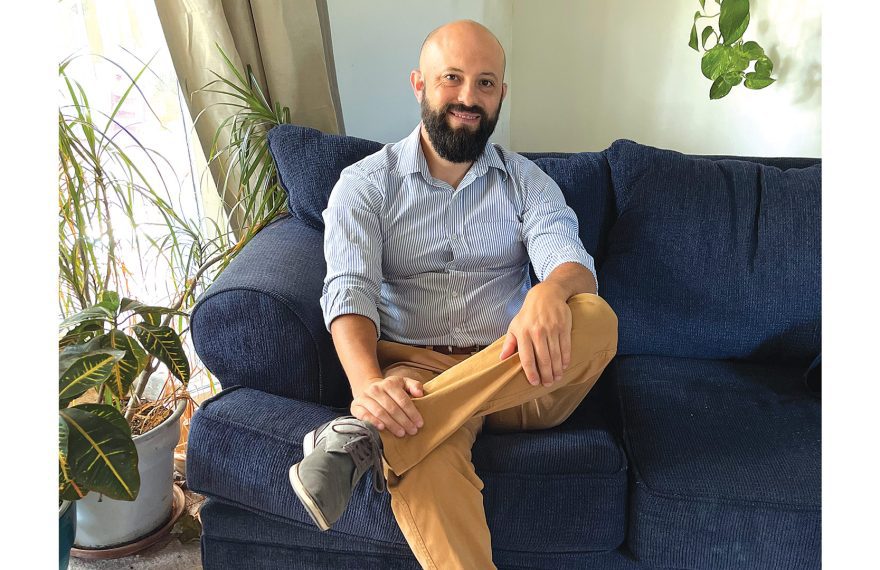 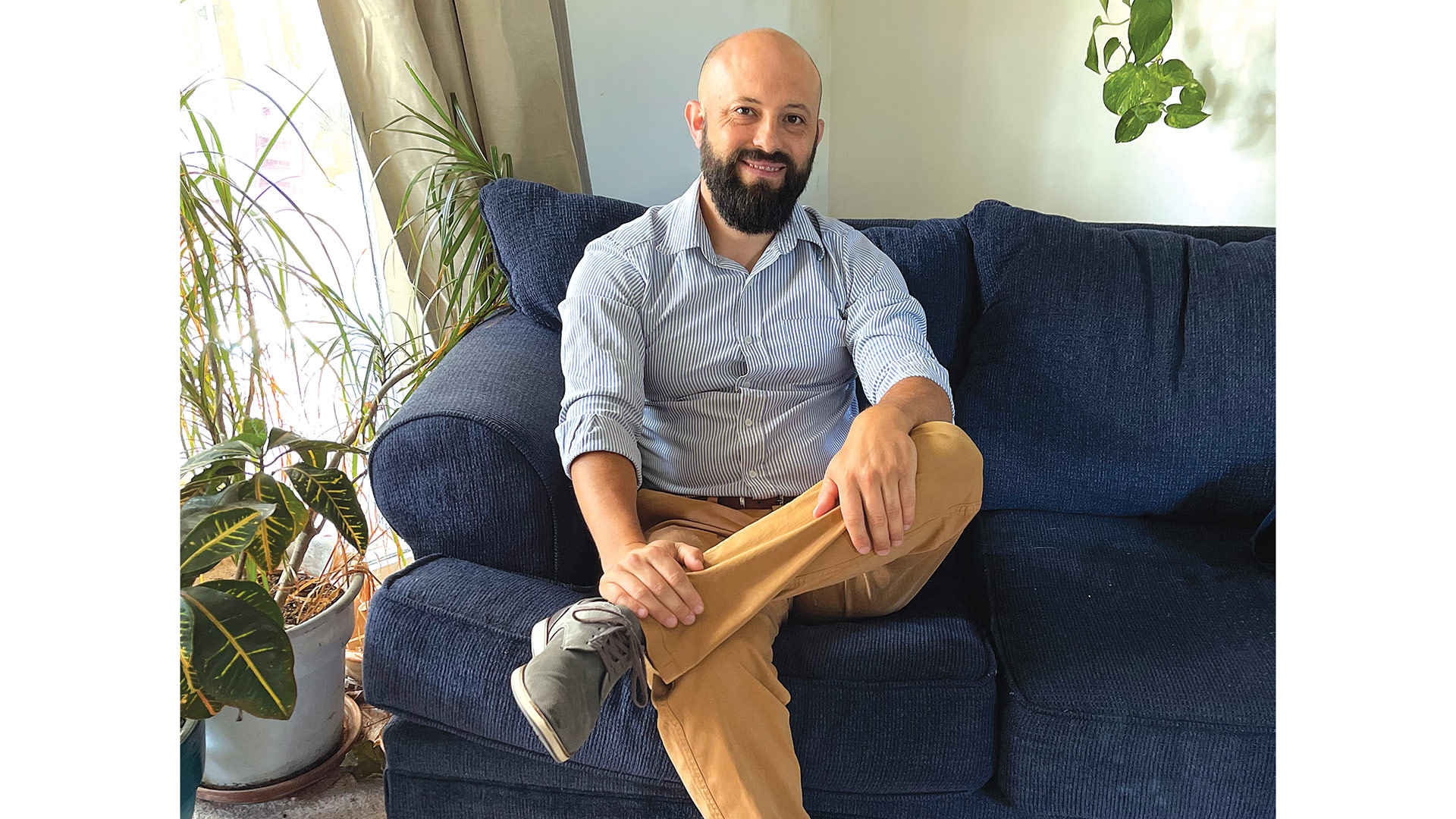 Kevin Moforte has traveled an intriguing road to his new role as Western Mass. director of FORGE.

Before serving as executive director for EforAll Lynn, a nonprofit that mentors entrepreneurs on Massachusetts’ North Shore, he taught classes about entrepreneurship, innovation, and sustainable development at colleges in Chile. He spent his early career working in community development and emergency housing in slums across Latin America, particularly in Colombia and the Caribbean. And in 2015, he founded Esperanza Soaps, a company based out of Las Malvinas in the Dominican Republic, bringing good jobs to the women of a impoverished community.

So he’s well-versed in entrepreneurship, education, community development, and the links between them. And since October, he’s brought his connection-making skills to FORGE, which, since 2015, has connected innovators and startups with manufacturers in an effort to grow both ecosystems in Massachusetts.

“We’re really helping the success rate on the innovation side, and we’re driving a tremendous amount of economic value to the manufacturing side locally.”

“I love entrepreneurship. I think it plays a key role not just in building wealth, but in building healthy, prosperous, stable communities. So being engaged with entrepreneurs at different stages has always been a passion of mine,” Moforte told BusinessWest. “I started a business myself, and I understand the ins and outs of how difficult it is to build a business, how dependent you are on a community, and how much fun it is to have connections with people who will help you get to the next step, people who really cheer you on.”

And those connections are critical, he went on. “With startups, it’s a real pitfall when you transition to manufacturing. That’s why the work we do is really important.”

FORGE, the sister organization of Greentown Labs in Somerville, was formed because, according to its mission statement, startups making physical products are solving some of the world’s toughest problems, but face roadblocks to scale. By connecting them with right-fit manufacturers, FORGE addresses crucial gaps and accelerates the path to market for these startups’ products. 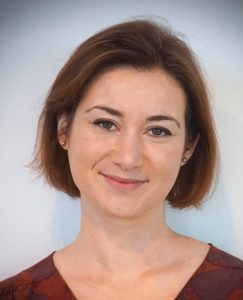 Laura Teicher says the survival rate of startups taking advantage of FORGE is more than 90%, a staggering improvement over the national average.

“There are over 7,000 manufacturers right here in Massachusetts. A lot of people don’t recognize that,” said Laura Teicher, executive director of FORGE, adding that the innovation economy has also long been one of the Bay State’s strengths. “Right here in Massachusetts, two of our economic powerhouses are innovation and manufacturing. And FORGE is really the first organzation to focus on bringing the two together to work collaboratively, which has a lot of fantastic impacts for both the innovator and the manufacturers.”

She was quick to clarify what she means by ‘startup,’ however. These aren’t solo inventors with a drawing scribbled on a napkin. In fact, the average startup FORGE works with has a prototype, a manufacturing budget, and, on average, eight employees and about $900,000 in funding. But that next steps — starting production and scaling up — are tricky.

“We help them get ready to manufacture; we educate around getting their materials together, look through their specs, and make sure they have the appropriate amount of funding before they’re connected with any manufacturers,” Teicher explained. “On the other side of the equation, we develop just as deep a relationship with the manufacturers themselves. So we’re able to educate both sides on preparing to work together and then make right-fit connections between the two.”

To date, FORGE has served more than 500 startups and innovators and has more than 450 manufacturers and suppliers in the network — and is always looking for more local shops.

The results of connecting the two parties has been striking, as the startups working with FORGE have more than a 90% survival rate, as opposed to the national average of around 10%. 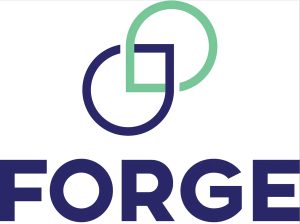 “So we’ve essentially flipped the script,” Teicher said. “We’re really helping the success rate on the innovation side, and we’re driving a tremendous amount of economic value to the manufacturing side locally. We know of over $34 million in contracts resulting from our direct connections to manufacturing, and that’s definitely a tip-of-the-iceberg number. We’re serving about 300 startups and innovators annually at this point, so we’ve really accelerated.”

FORGE was essentially created to help entrepreneurs building products to create prototypes and find manufacturers that can build the products they’ve developed and specific components for them — specifically, manufacturers in Massachusetts.

In doing so, Teicher said, FORGE has supported 4,500 jobs in innovation and manufacturing, providing unique, manufacturing-focused support across all sectors, including robotics, medical devices, cleantech, advanced materials, transportation, and much more. About 75% of the innovators FORGE has helped return to the organization as they scale for new and further support, and 20% are in full-scale production and deployment. Meanwhile, more than 40% of the startups are minority-led, and 28% have female or non-binary leadership. 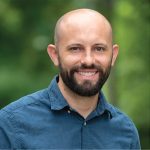 Many entrepreneurs have no idea how to go about looking for a manufacturer, he added. “China is always in the back of their minds. They don’t realize Massachusetts is a powerhouse in manufacturing. There are things we make in Massachusetts that you can only make in a few other parts of the world, because that’s the depth of the specialty and expertise we have. Part of our role is showing them that someone 40 minutes down the road may be able to make this for you, and you don’t have to make a 40-hour trip across the world to find a manufacturer.”

On the flip side, Moforte said, the startup world isn’t on the mind of many manufacturers when it comes to procuring business.

“They’re used to working with long-term contracts, steady customers, when there’s so much innovation coming out of Massachusetts that could represent a new, steady stream of business for them,” he noted. “Those relationships just need a little greasing. We help these two groups that normally wouldn’t encounter each other, and we ease those conversations into something fruitful.”

FORGE’s role is especially relevant these days, Teicher added, specially since the pandemic and the resulting, and still ongoing, disruptions in global supply chains, which have caused some manufacturers to bring their production and material sourcing back home. That’s good for startups looking for a local manufacturing option.

“Global supply-chain disruptions have just been rocking the world, and that’s why we’ve seen such acceleration in demand to engage with us,” she said. “Sometimes innovators just assume they have to go overseas, and that may make sense for certain commodities, but there is such a wealth right here.

“On the flip side, the manufacturers that are thriving and getting creative in terms of new, forward-looking business opportunities are taking a closer look at innovation and realizing, ‘hey, if I work with FORGE, I can work with innovators who are prepared to engage with me, they’re right-fit for me, and they’re low-risk because they have this incredible survival rate.’ We are opning doors on both sides in a very timely way.”

Localizing the supply chain also reduces costs and carbon footprints, while driving jobs and economic value to the region, Teicher said. “There are so many benefits to making these connections.”

Moforte said he has been “completely blown away” by both the manufacturing capacity and innovative ideas emerging from Western Mass.

“We get all the crazy innovators — they come to us because they’re inventing the next solar technology, the next water treatment-technology; they have this new gadget that nobody’s thought of making before, and it has this complicated piece that connects with this little tube, and it’s made of this material, and getting that wrong can really tank their business, but getting it right can represent huge benefits.”

Indeed, the world is full of such ‘crazy’ ideas. With the right manufacturing connection, though, some of those can become the very smart next big thing. Like the UMass student who worked with FORGE to develop his idea for an insulin-delivery device, or the startup that created a new technology to pull toxins out of wastewater.

FORGE has helped hundreds of good ideas like those find fertile manufacturing ground, and only sees more opportunity in the future.

“During the pandemic, everyone was just in their shops, so we were calling and nudging and banging on doors and really re-establishing relationships,” Moforte said. “We want to understand what they do, how they work best, and how we can connect them with local innovators to bring more business into the region.”