Recognizing Dementia Is the First Step in Moving Forward 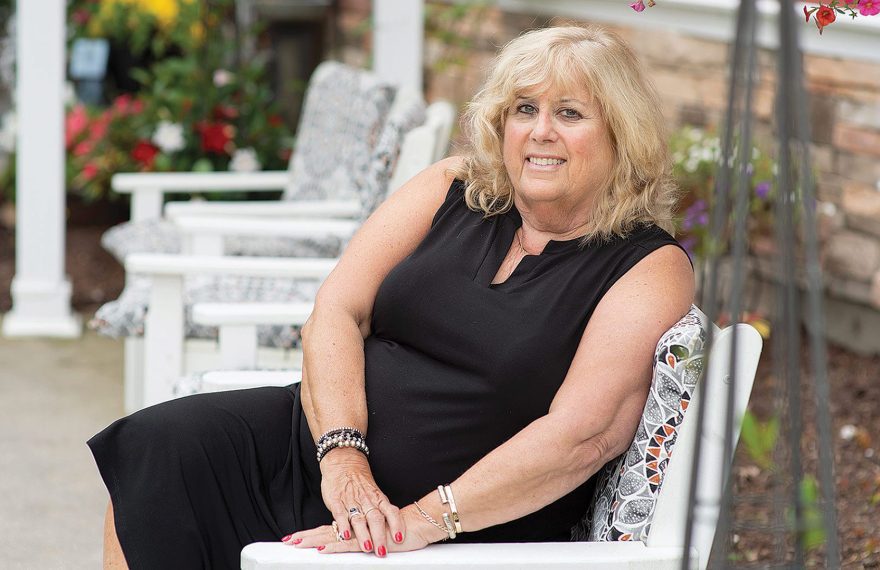 As we age, the occasional struggle to find a word, or a sporadic lapse of memory, is hardly a cause for alarm. It becomes a concern when short-term memory or trouble finding words becomes a constant battle, because those are often signs of dementia.

Memory loss is usually observed by others and not the person who is afflicted. According to Lori Todd, executive director of Loomis Lakeside at Reeds Landing, a person tends to lose their short-term memory — such as not remembering what they had for breakfast — while their long-term memory stays sharp, and they can tell you all about what happened in 1950.

“We also see the person ask a question, get an answer, and then, 10 minutes later, ask the same question,” Todd said.

Understanding the difference between benign memory loss and early stages of dementia can be difficult for families of aging parents because confronting dementia often comes with lots of fear and denial.

“They know you are an important person in their life, and they know there is an emotional connection. Words aren’t as important as the emotions.”

Beth Cardillo, executive director of Armbrook Village in Westfield, works with families to better understand what is happening with their loved ones. Overcoming their fear and denial is the first big hurdle.

“Family members might admit that mom has a little dementia, but not Alzheimer’s,” Cardillo said. “They treat Alzheimer’s like it’s a dirty word.”

On the last Wednesday of each month, she runs a caregiver support group that gives families a chance to hear what others are going through while caring for an aging parent. 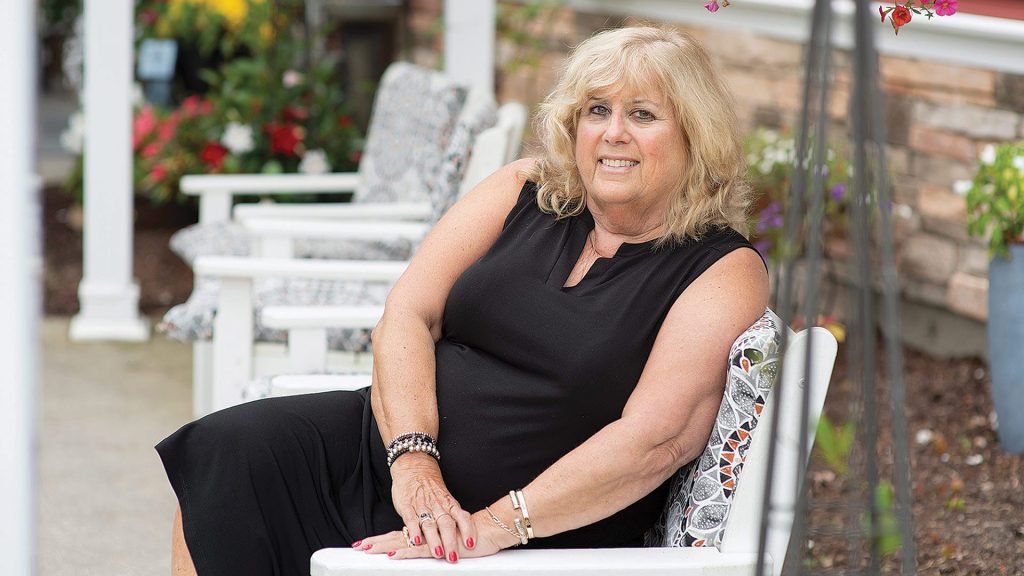 For loved ones of individuals with dementia, Beth Cardillo says, overcoming fear and denial is often the first challenge.

“I don’t say much; I’m simply there as a resource,” she said. “Most of the talking is done by group members who help clear up misconceptions and help others realize they are not alone.”

Cardillo called it a true support group, one that has been active for 10 years, the last two years via Zoom, and she welcomes any caregiver to join the group. “And I mean anyone because it’s a virtual group. We have family members from all over the country who join in the discussion.”

Open communication with families can help them overcome some of the fear and denial that comes with seeing a loved one losing their cognitive abilities. This can also lead to better interactions.

One past practice which is now discouraged was to try to reality-orient an individual with dementia. For example, if a 95-year-old asks to see her mother, the natural tendency is to point out that her mother would have to be 130 years old. Todd recommends, instead of a rebuttal, just going with it.

“It’s an opportunity to engage and say, ‘let’s talk about your mother and all the wonderful things about her,’” she explained. “By going on that journey, it makes them feel good and improves their quality of life.”

Often, a son or daughter will insist on asking the parent with dementia to say their name and then, if they can come up with it, assume they are having a good day. Cardillo said knowing their children’s names doesn’t really matter and can cause embarrassment for the parent if they don’t succeed.

“They know you are an important person in their life, and they know there is an emotional connection,” she added. “Words aren’t as important as the emotions.”

At Reeds Landing, people with dementia live among the other residents. While resident assistants are there to help when needed, those with dementia have a daily routine and feel more included. 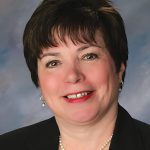 “Concentrate on what makes them happy. Their long-term memory is still there, so it’s an opportunity to encourage talking about good memories they have.”

“We try to keep them at their highest level of functioning in more of a home-like setting rather than an institutional one,” Todd said.

People with dementia are capable of learning and in many ways remain the person they have always been, Cardillo added. “There are still moments of lucidity. Just because you have dementia, does not mean you are stupid.”

Programs that encourage a fail-free environment tend to work well for those with dementia, such as the painting program at Armbrook Village called Memories in the Making.

“Lots of conversation comes out during these sessions,” Cardillo said, recalling one resident who painted a summer scene. When she asked what that meant to the artist, she reminisced about vacations in Maine many years ago. “It doesn’t matter what they are painting; it’s really an opportunity to share their feelings and tell their stories.”

While staff at local senior communities are trained to look for signs of dementia in residents, it can be more difficult for seniors living at home. Todd usually sees an increase in phone calls after someone comes home for Thanksgiving, assuming their mom or dad is doing fine, only to discover things are not going well.

“We encourage people to talk with their parent’s physician when there has been a change in behavior,” she said. “The physician is a good resource because they know the baseline health of the parent.”

Helping people understand dementia is a constant activity for Cardillo. Seven years ago, she started the Dementia Friendly movement at Armbrook. Through a partnership with the city of Westfield, Armbrook staff train city employees, first responders, local businesses, and the public on how to recognize the signs of dementia and to better communicate with those afflicted with it.

Both Cardillo and Todd acknowledged that dementia can be frustrating for the person and their family. Because there is no cure for dementia, the emphasis then becomes on the person’s quality of life.

“Concentrate on what makes them happy,” Todd said. “Their long-term memory is still there, so it’s an opportunity to encourage talking about good memories they have.”

Music can also be an effective way to promote good memories. Cardillo referenced a study of a group of people with dementia who were suffering from depression. Researchers asked their families what music the person enjoyed when they were young and made a playlist of that music to play on headphones.

“It woke up their brains and changed their moods,” Cardillo said. “We all hear music and it brings us back to a certain time.” Because music gives most everyone fond memories, she added, it’s no surprise that music brings pleasure to those with dementia as well.

Whatever the milestones along the journey, once family members can move past their denial and fear, she noted, they can really make a difference for their parents.

“When people understand that dementia is not something to be feared, they can begin to accept it and be there for their loved ones.” u