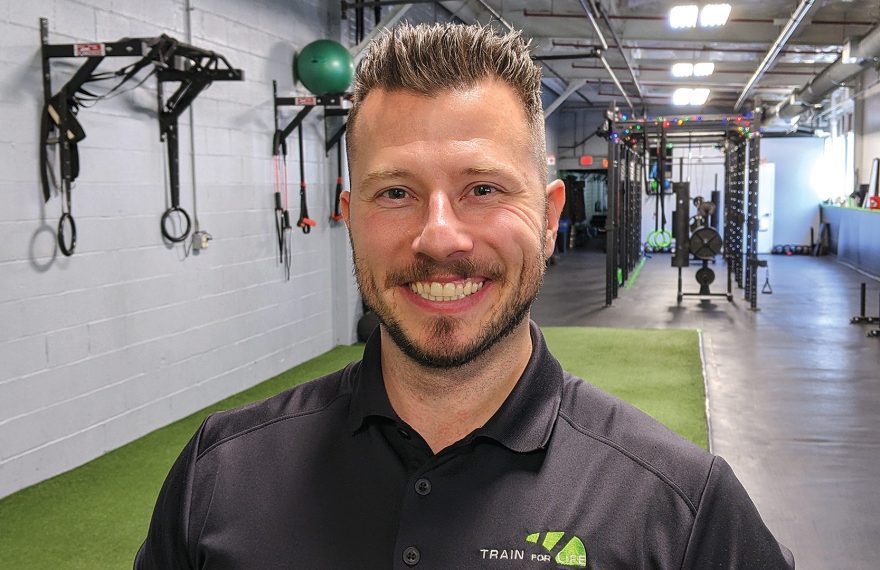 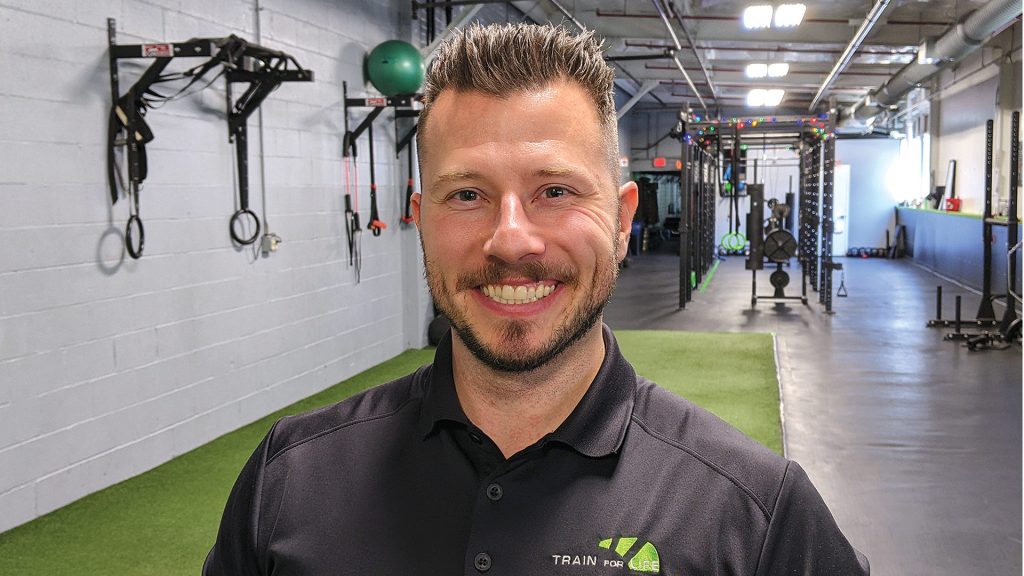 Drew McConaha knows all about New Year’s resolutions. And he knows why so many of them fail.

In many cases, it’s a desire to do too much, too quickly, the owner of Train for Life in Chicopee said.

“When they’re setting those resolutions at the beginning of the year, most people want to do everything as fast as possible: ‘I want to get into the gym six days a week,’ or ‘I want to go on the latest diet craze.’ They want to go 100 miles an hour into that. But that doesn’t really work. Fitness is one of those things that needs to be a lifestyle change.”

At a time of year when people traditionally set goals for fitness, nutrition, and other types of wellness — and often leave them behind by February — area health experts told BusinessWest the same thing: starting small is key.

“Most everyone wants to set goals; they say, ‘I want to lose 10 pounds,’ or whatever,” said McConaha, who explained that he works with members to write those goals down, examine them, and then — this is key — setting small action steps to make them more manageable.

“When they’re setting those resolutions at the beginning of the year, most people want to do everything as fast as possible. But that doesn’t really work. Fitness is one of those things that needs to be a lifestyle change.”

“If you come to the gym three days a week for a year, after a year, you’re going to make a huge amount of progress,” he said. “But if you start out going to the gym five days in a row and you haven’t been exercising for 10 years, you’re very unlikely to get back there for week two, because you’re going to be so sore, and that’s unmotivating, because now you can’t move; you can’t go about your daily activities. Lots of times, that’s what derails people when they jump into something at the beginning of the year.”

That’s where having a coach can make a difference, he added. “We talk about smart goals all the time, having manageable, attainable, realistic goals. Having a very specific, small goal each day instead of focusing on the large goal — say, losing weight — will make it much more attainable.”

To start the journey toward changing a habit, she explained, “pick something that takes fewer than 30 seconds that builds toward the ultimate goal. Want to exercise in the new year? Instead of saying, ‘I’m going to the gym three times a week,’ try a tiny habit: ‘I’m going to put on my walking shoes,’ or ‘I’m going to put my gym bag in the front of the car.’”

The idea is that, by wearing walking shoes, someone is more likely to go for a walk, and by loading the gym bag in the car, they’re more likely to stop at the gym when out and about. And when they achieve those steps, they can add larger goals, always building on small victories, not frustrating failures, Mueller said. “Practicing tiny habits is clever because it’s built on success.”

In fitness goals, the goal is to move more, she said, so people should just start there. If they want to incorporate pushups, start with two — which often becomes five, then 10, and eventually maybe 50. Setting out a lunchbox by the coffee maker each morning might not lead to bringing a healthy lunch to work every day, but it might have that effect some days, meaning fewer fast-food runs each week.

“There’s this idea that one day you’re a smoker, and the next day you quit. But if you quit over four months, you still quit. Incremental steps work for a lot of people.” 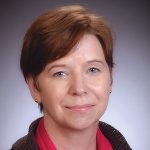 “With nutrition, have one fruit or vegetable every time you eat. Want a bagel for breakfast? Great, but have fruit with it,” Mueller explained. “The idea is to anchor your tiny habits to something you’re going to do anyway.”

And for those who want to cut down their alcohol intake — which has risen, on average, for Americans during the COVID-19 pandemic — they don’t have to quit all at once, she added. “Have a glass of water with each beer. You’re still drinking and being social, but you’re cutting your alcohol intake in half.”

The How and the Why

It’s a common refrain among health practitioners: you don’t have to do everything; just do something. Even a 10-minute walk twice a day or one 20-minute walk per day can help someone reach a goal of 150 minutes of physical activity per week, said Patrick Schilling, manager of Cardiovascular Rehabilitation and Wellness at Baystate Health.

“We know physical activity feels good, improves sleep, and lowers stress, and taking care of your body may help you feel rejuvenated and will give you the extra energy you need,” he noted. “Don’t forget that children should also be reminded to stay active for at least an hour per day for optimal health. If you just can’t make it to the gym as regularly as you have in the past, you can try to keep moving in other ways. Don’t try to find that parking spot close to the mall entrance; instead, opt for one far away so that you will have to walk more. And take the stairs instead of the elevator or escalator.”

As an integrative medicine specialist, much of Mueller’s work is helping patients change habits and achieve lifestyle changes through complementary therapies. Some are dealing with chronic pain or other ailments, but most are trying to reach certain goals.

“Sleep is essential for our health and well-being, and getting a good night’s rest is important to help strengthen your immune system to fight infections, reduce stress, improve our mood, and to stay energized. Most adults function best with seven to eight hours of regular sleep.” 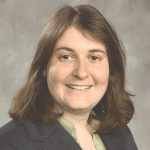 “Sometimes, people off more than they can chew. They decide to go to the gym for an hour three days a week, then life gets in the way, then it’s twice a week, then once, then the habit’s done,” she said, adding that it’s better to focus on little steps that then become bigger ones.

Take the notion that exercise isn’t impactful if it doesn’t get the heart rate up for an extended time. “That’s garbage. And one fewer cigarette is one fewer cigarette. It helps break a bad habit, as long as you have something to replace it with,” she said, adding that a good strategy is to delay how long you can go without one, and then keep extending that. “There’s this idea that one day you’re a smoker, and the next day you quit. But if you quit over four months, you still quit. Incremental steps work for a lot of people.”

McConaha said it helps many people to not only break down their goals into small, actionable steps, but actually treat those steps like appointments, not just vague intentions.

Just as important is understanding the ‘why’ behind a goal, he added.

You say, ‘hey, I want to start working out.’ But what does that mean to you? Why are you doing that? Why is that going to benefit you? How is that going to make you feel? Do you want to be around longer for your kids? Do you want to be able to do certain things you haven’t been able to do in the past? Adding that specific why behind what they’re doing makes a big difference.”

The Rest of the Story

Another golden rule for general wellness is to get plenty of rest, said Dr. Karin Johnson, director of the Baystate Health Regional Sleep Program

“Sleep is essential for our health and well-being, and getting a good night’s rest is important to help strengthen your immune system to fight infections, reduce stress, improve our mood, and to stay energized,” she explained. “Most adults function best with seven to eight hours of regular sleep.”

And any set of wellness goals should include taking care of mental health as well, which can especially suffer around and just after the holidays, said Dr. Stuart Anfang, vice chair of Psychiatry at Baystate Health.

“Don’t forget to take care of yourself emotionally as well as physically,” he urged. “Take relaxation breaks when needed; eat and drink in moderation; get plenty of sunlight, which helps avoid seasonal depression; avoid social isolation; and understand that you are not alone in feeling stressed. Volunteering and giving to others less fortunate is a great way to get perspective and feel better about your own situation and stressors.”

At the heart of every effective fitness or wellness plan is knowledge, McConaha said, as going to the gym with no plan or no information about the equipment will only lead to frustration.

“It’s easy to take on too much at once and feel defeated,” he told BusinessWest. “If you come in and do one exercise wrong, and your back doesn’t feel great after that, that’s one more obstacle to something that’s already very challenging for people.”

With the right — meaning realistic — plan, and the knowledge and commitment to follow it, anyone can make positive resolutions that don’t fall away by Groundhog Day, he added.

“Our bodies are meant to move, and no matter what age you’re at, there’s always something you can do,” he said, adding that he’s worked with people from age 7 to 97. “You can walk. You can do very scaled versions of exercises. It’s just matching up the right plan with the right person. The older people get, the more they feel they’re too old to start, but they’re not too old to do the right thing for them, whatever that might be.”