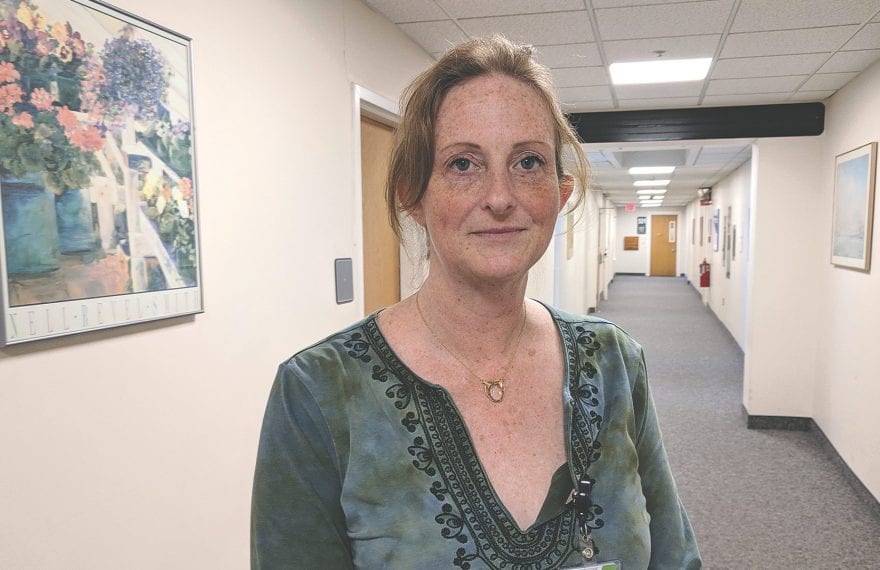 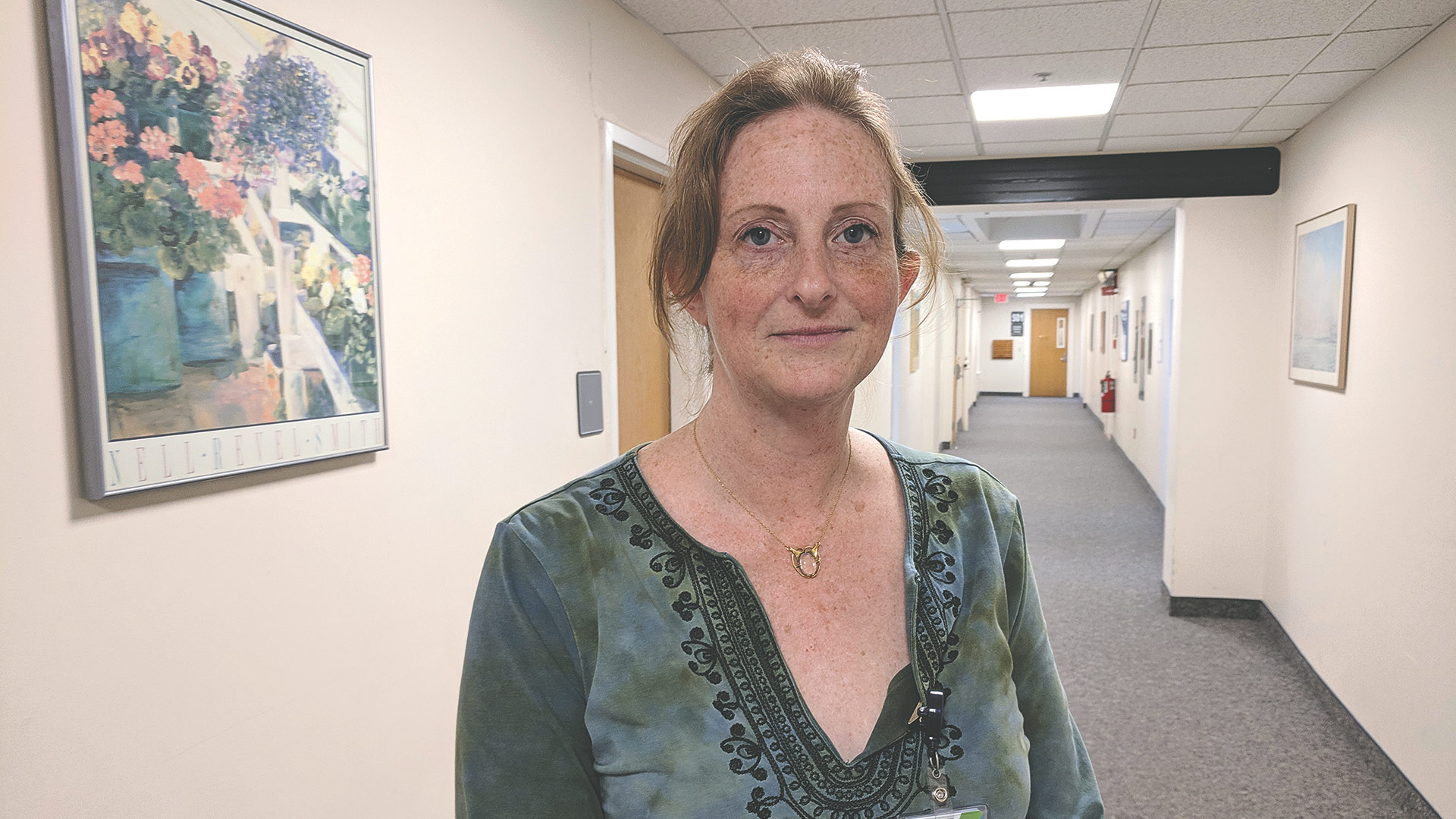 Behavioral health is not a male issue or a female issue — it’s a human issue. Yet, the imbalance between the problems facing men and their willingness to seek help has raised alarm bells in the field over the years.

Suicide rates provide one of the starker contrasts, with men making up more than 75% of all suicide victims in the U.S., with one man killing himself every 20 minutes on average. Substance abuse — sometimes referred to as ‘slow-motion suicide’ — follows a similar track, ensnaring three men for every woman.

And, yet, men don’t want to bring up these issues, said Sara Kendall, vice president of Clinical Operations at MHA in Springfield.

“In our society, we have expressions like ‘man up.’ So many things in our culture are geared toward men being strong, and therefore, seeking any help — especially anything behavioral-health-related — been viewed as weakness,” she told BusinessWest. “It’s often difficult for men to feel comfortable talking to someone, so there’s a disconnect with how to help. We encounter that a lot.”

Joy Brock, director of the CONCERN Employee Assistance Program, which is affiliated with River Valley Counseling Center, has battled the same tendencies in her counseling and referral work.

“Oftentimes, men have this tendency to pull back and not discuss any mental-health stuff that’s going on with them,” she said. “They might be struggling with anxiety or depression or even social anxiety, but they’ll hide it.”

“Not all families sit down and say, ‘all right, as a guy, here’s how you handle this.’ They just tell you, ‘stop crying’ or ‘you’re being weak right now’ or ‘be a man.’”

Many times, the reluctance of men to seek help begins in their youth, with stereotypes that eventually harden into personality traits.

“We’re not all taught how to deal with situations growing up,” she noted. “We all come from different families, and not all families sit down and say, ‘all right, as a guy, here’s how you handle this.’ They just tell you, ‘stop crying’ or ‘you’re being weak right now’ or ‘be a man’ — all these social norms and stereotypes, which make it even harder when something’s happening to you.”

“Where do you go for help when you can’t go to your family and friends because they’re like, ‘oh, it’s not that big of a deal’? So some guys don’t talk about it, which is tough because it’s isolating. And if we hide it or pretend it doesn’t exist, it just keeps growing and gets to a place where you’re having breakdowns or meltdowns, or you’re getting suspended from work, and part of you doesn’t understand what’s going on.”

While difficult emotions — and clinical depression and anxiety — don’t always have a specific cause, there are some common stressors, she said, noting that divorce and unemployment can strike at the identity of men by altering their traditional roles and leaving them adrift, without pride or purpose.

It’s notable that men in small towns and rural areas have particularly high rates of suicide, and flyover states such as Wyoming, Montana, New Mexico, and Utah, as well as Alaska, have the highest rates of suicide in the country — a trend that has been linked to the decline in traditional male industries such as manufacturing, forestry, and fisheries, leaving large swaths of men in certain regions jobless or underemployed.

High rates have also been observed in veterans, young Native Americans, and gay men, with one possible common thread being perceived rejection by mainstream society, leading to strong feelings of alienation and isolation.

If there is an obvious trigger to feelings of depression or anxiety, Kendall said, it’s often easier to get men in the door to talk about it.

“The referral may come from a spouse. Oftentimes, a gentleman will come in and say, ‘I have to do this or lose my marriage, or lose my family, or lose my job.’ It’s tied to the fear of losing something. But once they’re here, they’re just as inclined to stay in treatment as females. There’s so much potential to help, if we can make it more comfortable for men to talk.”

Besides cultural factors, Mental Health America notes three elements that may feed into the reluctance of men to seek help for mental-health issues.

The first is that awareness strategies are not targeted effectively to men. Research indicates that men respond more strongly to humor (especially dark humor) and, at least initially, to softer mental-health language. But, as Kendall noted, once men are engaged enough to learn more, there is often much less resistance to continuing the conversation.

The second factor is that men ask for help differently. Men are much more likely to accept help when there is a chance for reciprocity — that is, when they perceive an opportunity to help the other person in return, which wards off the feeling of weakness that is often associated with asking for help. Men also prefer to either fix or at least try to fix issues themselves when possible, before reaching out for help. 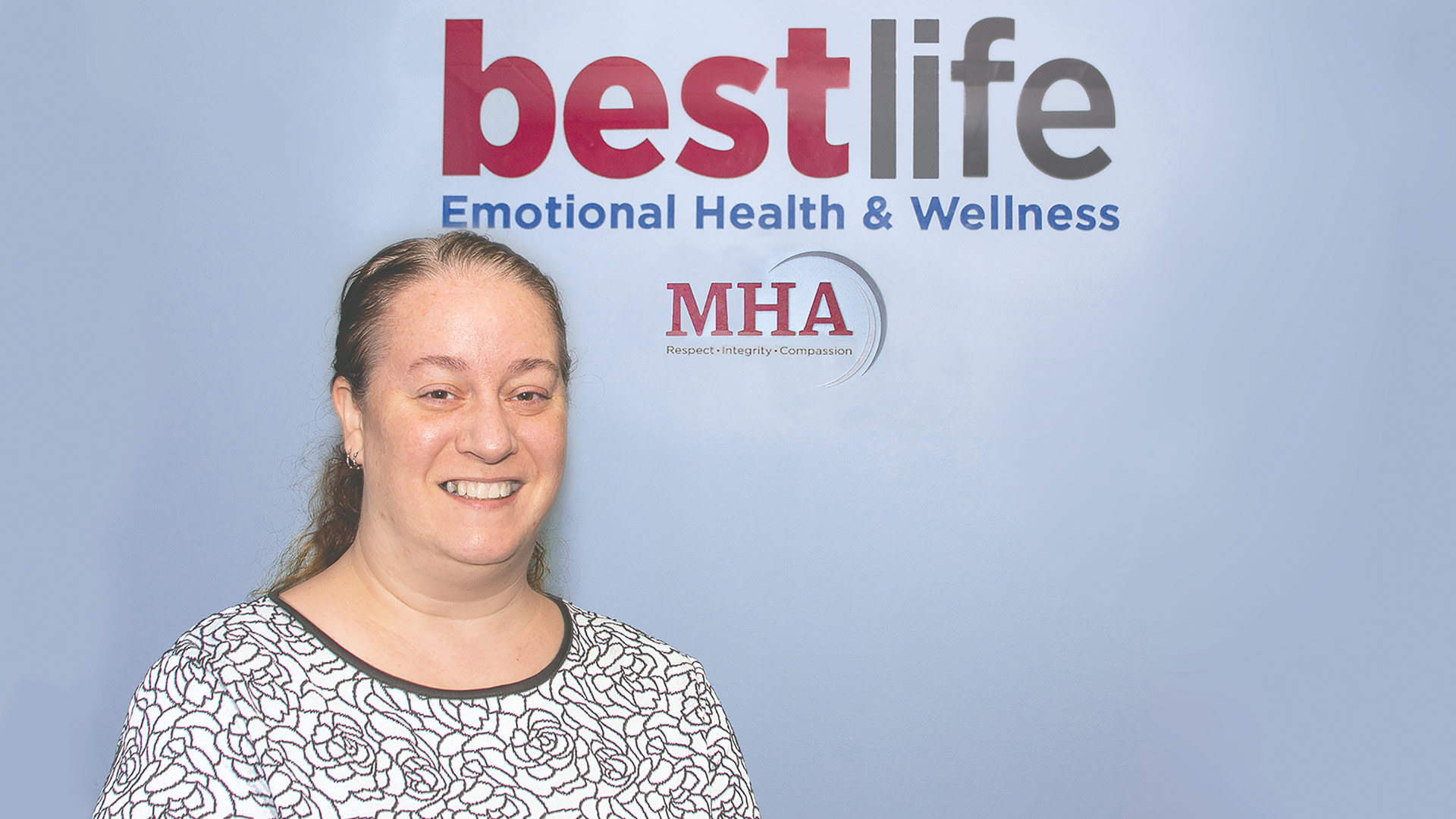 Sara Kendall says men tend to stay with needed mental-health programs once they begin, but getting the conversation started can be difficult.

For this reason, Brock suggested that acceptance and commitment therapy (ACT) is an effective option for many men. Instead of putting the emphasis on talking about feelings, ACT stresses accepting the reality of one’s situation, choosing a direction, and taking specific action toward those goals.

“What is it you’re fighting for? What gives you meaning in your life? Let’s focus on that, while also acknowledging you don’t feel great about the situation you’re in,” she said. “It’s a different, more action-oriented approach, and works especially well for veterans.”

The third factor is the fact that men often express mental-health problems differently than women, leading to misdiagnosis.

Although both genders experience similar symptoms of some mental-health concerns, how they manifest and present those symptoms can vary. For example, women often respond to symptoms of depression by appearing disheartened, sad, or talking about feelings of worthlessness. Men, however, often respond with anger, frustration, impulsive behavior, or other manifestations that are often dismissed as normal male, acting-out behaviors.

“It’ll end up presenting like anger or sometimes irritability,” Brock said. “Sometimes they just get tired, they don’t want to do anything, they’re not motivated, or they’re pulling away from work or the things that normally interest them. Sometimes it’s physical — stomachaches or chest tightening, that kind of thing. Or they do a lot of risk taking or avoiding or trying to escape a situation. And they might use substances, like alcohol or drugs, to try to hide things.

“If you’re no longer enjoying activities, if it creates disruption in your life, let’s talk about that. It’s no different than a pulled back keeping you from baseball games.”

“Sometimes we don’t recognize what depression is,” she went on, “because when you think depression, you think sadness, and for guys it looks way different. If you’re finding you’re more angry or irritable, that may be depression. And if you’re pulling away and isolating from other people, that’s depression as well.”

Because depression, anxiety, and related issues can wreak as much havoc on daily life as physical problems, if not more, it makes sense to seek help, Kendall said.

“If you’re no longer enjoying activities, if it creates disruption in your life, let’s talk about that. It’s no different than a pulled back keeping you from baseball games,” she explained. “We’re all in the same boat, and it’s OK to talk about it. Asking for help is not a sign of weakness.”

Joshua Beharry, a survivor of suicide, has become a mental-health advocate and the project coordinator of HeadsUpGuys, which provides men with advice and resources to identify, manage, and prevent depression.

“Fighting depression is difficult. Not only do you have to fight the illness, but you also fight the stigma attached to it,” he recently wrote for the National Alliance on Mental Illness website. “For men, the fear of looking weak or unmanly adds to this strain. Anger, shame, and other defenses can kick in as a means of self-protection, but may ultimately prevent men from seeking treatment.”

He outlined several common myths that stand between men and recovery from depression, including ‘depression equals weakness,’ ‘a man should be able to control his feelings,’ ‘real men don’t ask for help,’ ‘talking about depression won’t help,’ and ‘depression will make you a burden to others.” Understanding the falsehood behind all of these is the first step toward a healthier life, he added.

“Being unhealthy and refusing to seek treatment can put pressure and stress on those that care about you, but asking for help does not make you a burden. It makes people feel good to help a loved one, so don’t try to hide what you’re going through from them. What’s most frustrating is when someone needs help, but they refuse to ask for it.”

An employee-assistance program like CONCERN, which contracts with numerous area employers, is a good place to start, Brock said. It’s intended to be a non-confrontational environment where someone can admit they’re struggling and learn about resources — such as outpatient therapy, anger-management and substance-use support groups, and perhaps more intensive treatments — that can help.

“Sometimes it’s easy to hide things under drugs and alcohol, so that men don’t even know they have a problem,” she added. “Sometimes men have trouble being assertive and communicating their needs. But when they drink, out come the feelings.”

Primary-care physicians are also a good place to bring up issues of concern, Kendall noted.

“Most of us have one — it’s someone we know and feel comfortable with, who doesn’t feel as foreign or off-putting to call,” she said. “I feel like that’s the safest place to start. They know you physically, and mental health is just as important as your physical health.”

The doctor might provide a number of options, she added, such as an outpatient behavioral-health clinic like the BestLife Emotional Health & Wellness Center that MHA recently opened in Springfield. The important thing is to get the conversation started.

“How can we make it OK for men to talk openly about this part of themselves, which is just as important as their physical health?” Kendall said. “Men need to hear that it’s OK to talk about feeling anxious or depressed, just as they’d be concerned about having a back problem or a knee injury.”

The bottom line is that mental health is a critical part of life, both Kendall and Brock said. Not only do men attempt suicide far more often than women, they tend to use more lethal means, and are successful — if that’s the right word — about two-thirds of the time.

“I think it’s just hard to talk about what’s going on with us,” Brock told BusinessWest. “We’ve been trained that we have a life to live, we have to get on with it, and we’re supposed to be productive members of society. The reality is, life is not perfect, and it’s not smooth.

“With mental health, in order to get through it, you actually have to go straight through it,” she went on, “and it takes an extraordinary amount of courage and willingness to face something that is terrifying and extremely painful. Most of us would prefer to go out the back door and say, ‘yeah, I’m not dealing with that today.’”

Those who choose to take action — to man up, if you will — are typically glad they did. But the first step, facing the truth, is often the hardest.