Proposed Rule Changes the Playing Field in Many Ways 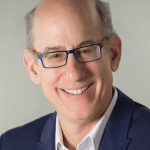 After a five-month comment period, four days of public hearings, more than 3,000 comment letters, some 300,000 petitions, more than 100 meetings with industry stakeholders, and nearly a year to the day that the Department of Labor (DOL) unveiled its ‘conflict of interest’ proposed rule, we ‘the people’ have a new fiduciary regulation.

The new rule is meant to move the needle when it comes to advice offered to the largest pool of retirement savings in America today — nearly $12 trillion in retirement assets and $7 trillion in IRA assets.

Depending on who you talk to and which side of the investment-advice-fiduciary industry you are in, this more than 1,060 pages of regulation by the DOL represents the best of times, the worst of times, or, more likely, something in between.

So, what’s in this final regulation — and what do you, as a consumer with an IRA or business owner offering a 401(k) plan to employees, need to know?

First of all, any individual (think of your current advisor, broker, or consultant) receiving compensation for making investment recommendations that are individualized or specifically directed to a particular plan sponsor running a retirement plan, plan participant, or IRA owner for consideration in making a retirement decision is now a fiduciary.

Someone is a fiduciary by their actions, not by who they say they are. This new rule was the path forward for the DOL to insure that any advisor, regardless of what they may say they are, will now be a fiduciary and will need to behave with the highest standard of care, prudence, diligence, and loyalty to 401(k) plan participants and IRA holders (more on this to follow).

Beginning in April 2017, if an advisor provides recommendations regarding any and all retirement accounts, such as 401(k), 403(b), IRA, etc., they will be a fiduciary under ERISA.

Being a fiduciary under the final regulation means an advisor must provide impartial advice in the clients’ best interest and cannot accept any payments creating conflicts of interest — this would be compensation that varies based on the recommendations — unless the advisor qualifies for an exemption to what would otherwise be considered a prohibited transaction (the BIC exemption).

Anyone who is a fiduciary must adhere to the following requirements:

• They must have a duty of loyalty to the person or persons they serve — think 401(k) plan participants or IRA holders;

• They must have a duty of prudence, acting with a standard of care, skill, prudence, and diligence and to act in the same way that someone ‘familiar with such matters would act’;

• They must disclose all the services being provided;

• They must disclose the fees and expenses for offering such services;

• They must make sure those fees are ‘reasonable’; and

• They must disclose and avoid any conflicts of interest.

As already mentioned, anyone acting as a fiduciary can only receive ‘levelized compensation.’

Going forward, it will be much easier for consumers in IRAs and businesses that sponsor 401(k) plans to understand the services their advisor provides and the compensation they receive for those services. While the new rule does not require that a fiduciary to a 401(k) plan have a contract, this author believes it would be in the best interest of all parties that the advisor/consultant to a 401(k) plan have a service agreement (contract) that details the specific fiduciary and non-fiduciary services they will provide to the plan, the ‘level fee’ they will charge, and an industry fee-benchmarking report that demonstrates the ‘reasonableness’ of the fees being charged. In this fashion, the plan sponsor fiduciary will have a prudent and documented due-diligence process from their advisor to justify their services and fees.

For advisors interested in preserving (or establishing) a variable compensation model, the DOL has paved a path, though one fraught with a number of complicated and potentially expensive disclosures. Known as the ‘best interest contract exemption’ (BIC), this exemption requires a commitment by the firm and the advisor to:

• Provide advice in the best interest of the client;

• Avoid misleading statements about fees and conflicts of interest;

• Prohibit financial incentives for advisors to act contrary to the client’s best interest.

The Treasury Department and the DOL made it clear that advisors can continue to sell commission-based products (think variable annuities and indexed annuities) and that these products have a place in an individual’s financial plan, provided the advisor demonstrates they are in the client’s best interest and not the advisor’s. The DOL’s concern for many years has been that these are complicated products that most individuals do not understand and therefore may have been sold not in their best interest.

In addition, many in both the DOL and Treasury have long been concerned that, since these products are more expensive than non-guaranteed products (think low-cost index funds), and typically pay variable compensation to agents and brokers, it is harder to discern whose best interest they are being sold for.

The BIC exemption will allow advisors to offer these valuable products where they are and can be demonstrated to be in the best interest of the client. As Tom Perez, Labor secretary, stated during the announcement of the new fiduciary standard, not everyone should drive a Yugo.

Price alone, in the absence of value, is not and should never be the deciding factor for every consumer. The new regulation contains language that emphasizes that fees alone are not the only factor when making investment decisions.

1. A two-year phase-in of the new regulations. First, beginning on April 1, 2017, all advisors to any new 401(k) plan or IRA arrangements will be fiduciaries, and may only receive level compensation, unless they plan to qualify under the BIC exemption.

Second, beginning on April 2, 2018, all existing client-advisor IRA relationships will need to provide new disclosure to the investor.

All of this will require a massive undertaking by a significant segment of the investment industry in increased disclosure, compliance, and government oversight. Look for fees and expenses to the consumer to rise for the small consumer and shrink for the larger 401(k) and IRA accounts.

State Farm already has announced it will exit the 401(k) business and its advisors will not be allowed to sell 401(k) plans.

3. Increased fee litigation. There have already been numerous cases against 401(k) service providers for ‘excessive fees’ that have settled in the $30 million to $100 million range. One case has gone to the Supreme Court (see Tibble vs. Edision). Look for the number of cases to increase, and the size of the 401(k) plans that will be sued to decrease from $100 million plans down to mom-and-pop $1 million plans, as the legal community lines up to be the ‘enforcer’ of this new fiduciary enforceable standard of care. The reality is, the DOL does not have the legal power in the Constitution to enforce the regulation it writes; only the U.S. Treasury can.

The U.S. Treasury has already acknowledged it does not have enough auditors to investigate and enforce this new regulation. The DOL, knowingly and willingly, wrote this rule, all 1,060 pages, with the intent that the legal community would be the enforcer of the regulation.

In addition, five industry groups have already filed lawsuits to block the DOL’s fiduciary rule for the negative impact against consumer choice and government overreach. Look for these cases to accelerate over time.

Charlie Epstein is the author of two industry leading books — Paychecks for Life, How to Turn Your 401(k) Into a Paycheck Manufacturing Company, and Save America Save, the Secrets of a Successful Retirement Plan. He is the president of Epstein Financial Services, a fiduciary and registered investment advisory firm; [email protected] 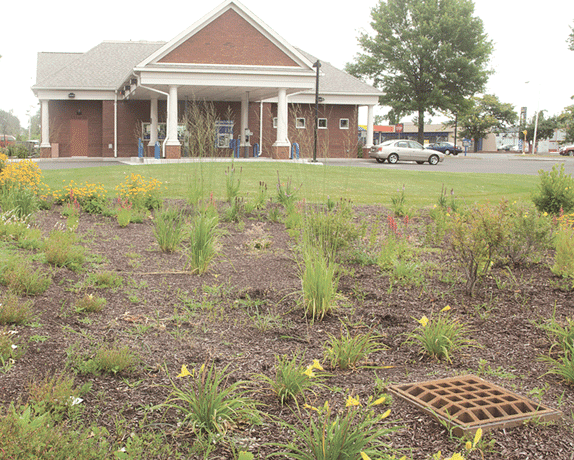