Agents Work to Communicate the Many Nuances of Auto Insurance 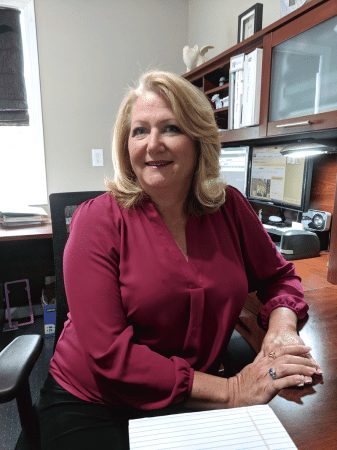 When Massachusetts opened up its auto-insurance landscape in 2008, switching from a one-price-fits-all approach to the current model known as managed competition, it created more challenges for independent agents, but much more opportunity for customers willing to take the time to examine the many options and credits available to them. The key, these agents say, is putting their expertise to use — a resource not available to those purchasing insurance from direct writers online.

Eileen Bresnahan is always amazed at what people will do for a low insurance rate — like one individual who was covered for $5,000 in property damage for his 2017 Camry.

“If I hit you and do $17,000 worth of damage, my company is going to pay you the five grand, and you’re going to have to try to get the rest out of me,” she said, putting herself in that individual’s shoes for a moment. But such is the world of direct insurance writers — like Progressive and Geico — that market themselves based mainly on price, and wind up skimping on, you know, actual coverage.

“We always say ‘buyer beware,’” Bresnahan, president of Bresnahan Insurance Agency in Holyoke, said of local independent insurance agencies like her own. “We’re all licensed and trained; we can look at a policy and can tell you the things you might not know.”

“Anything you might hit — a guardrail, a car, a house — after that $5,000, you’ll be paying for it as well. You can get a really cheap policy, but you get what you pay for. I’ve seen some really scary policies out there from the direct writers.”

The truth, she added, is that customers can get policies for not much more than the bare-bones pricing of the online marketers, but with much better coverage, explained in detail, simply because of the flexibility Massachusetts insurers have enjoyed over the past decade — flexibility that, for the most part, didn’t exist before.

“There’s a lot of flexibility in auto rates and coverages, and it really needs to be tailored to each client,” Jasak said. “Each company has its own appetites, so we really need to delve into the client to figure out what’s best for them in order to find the best company at the best rates.”

That changed landscape made life more complicated for local agents, but in a good way, Jasak added.

“I find it more entertaining. It used to be that auto insurance was auto insurance, and it didn’t really matter where you were insured, whereas now the consumer can consider things like the company’s billing process, how claims are settled, are their rates good for my circumstances, do they offer me a great bundle option tying the house and car together? Is that the best thing to do, or can I get a better rate if I split things apart?”

Trish Vassallo, personal and commercial lines director at Encharter Insurance in Amherst, agreed that managed competition has radically changed the automotive side of the insurance business in Massachusetts. 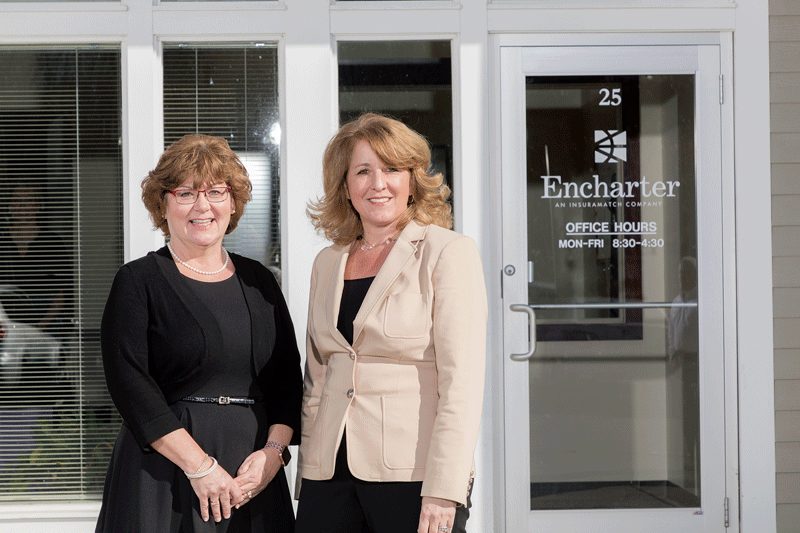 Trish Vassallo (left, with Tracey Benison) says customers should review their policy every year to make sure they’re taking advantage of all the credits available to them.

“Carriers have been able to offer add-ons and packages and rider endorsements and enhancements that are specialized per carrier,” she said, “so while the Geicos and Progressives talk about accident forgiveness and gap coverages and reward dollars, those are available with everyone operating in Massachusetts today. Independent agents offer these coverages, but they are an added expense, as they would be with any carrier. As a client, you need to look at your coverage every year to make sure you’re getting the right pricing for the right products.”

That’s where independent agents serve a role the direct writers online cannot, she went on. “Sometimes people aren’t aware of options available or never had them explained to them, or they just don’t care — they want the bottom-line price and don’t understand what they’re missing out on.”

They can also include a raft of discounts, such as for students who attend school away from home, making it easier for their parents to carry them on their policies year-round, or for bundling auto and home insurance when both policies are bought from the same carrier.

“Different carriers all have their own model customers,” said Tracey Benison, president of Encharter Insurance. “Our job is to really know the carriers and try to find the right fit for the customer.”

For example, Jasak said, some carriers will look back at driving records over three years, some six, and they also vary in how they incorporate accidents — both at-fault and not at-fault — into their pricing.

Then there are the credits, and they are myriad, Bresnahan said. “There are good-student discounts, so if a student gets a 3.0 GPA or higher, that’s one of the credits on there. Let me tell you, it is a big savings — and it’s an incentive to get good grades, and it also pertains to college.”

She also mentioned the discount for students away at college, as well as low-mileage discounts, which can knock anywhere from 2% to 17% off the cost of a policy. “Just think — the lower the mileage you drive, the less chances there are of getting in an accident or having a moving violation.” 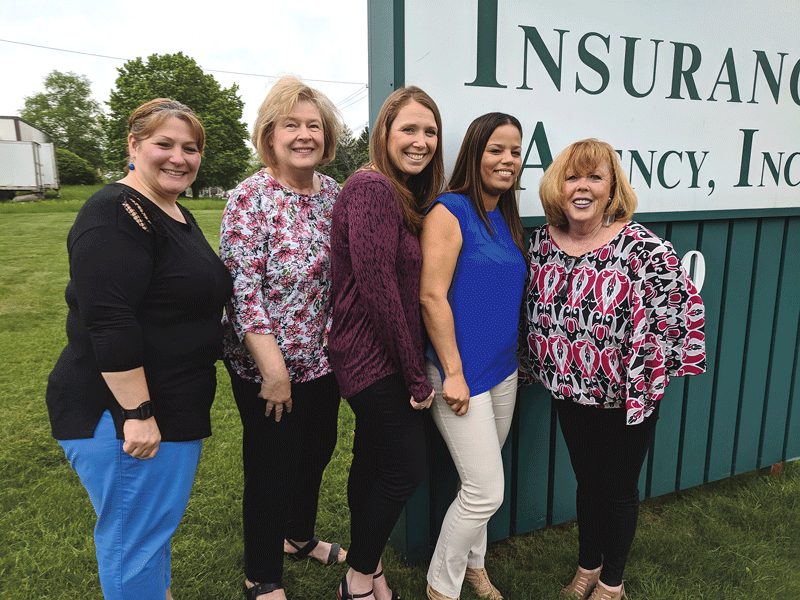 Carriers may also offer multi-car discounts, a AAA membership credit — with the discount increasing the longer a customer has been a member — and a discount for individuals who enroll in an advanced driver training course. “There’s also a disappearing deductible that wasn’t in effect before either, so if you don’t have an accident for a certain number of years, each year your deductible builds up.”

With each carrier using such incentives to attract their own version of a model customer, agents need to understand all the nuances and how best to match a driver with a policy, Bresnahan added.

“It’s just training your staff to know which credits to offer,” she said. “We have letters go out with renewals, and we highlight discounts and enhancements they currently have and other ones they don’t, and they can call if they’re interested in knowing more about those.”

The direct writers have certainly made an impact on Massachusetts auto-insurance scene, but they’ve also brought some controversy, being fined multiple times by the state’s Division of Insurance for various deceptive or confusing practices.

“Some of the direct writers are very coy with prices or hidden deductibles, which the customer is not aware of until a loss comes into play,” Vassallo said. “It can be difficult to understand your coverage when you’re buying off the rack.”

The benefit of an independent agent representing multiple carriers, she said, is that she can work to generate the best product for each individual — and educate customers on various pitfalls, such as the importance of listing all household members as operators, as failure to do so can lead to a claim not being paid.

“It’s very, very important that parents list their children on their auto-insurance policy as soon they get their license,” Jasak added. “If they have no prior insurance, it’ll be very expensive when they need it. Parents say, ‘oh, they never drive my car,’ but if they kids are never insured, if they’re never listed on their parents’ policy, they’ll be paying an exorbitant amount of money when they get their own insurance.”

It’s all about relationships, Bresnahan said, not just a bottom-line dollar figure on a computer screen.

“When you’re a local, independent agent, you have to look people in the eye. With these direct writers, you’re not looking that gecko in the eye,” she said, noting that she has lost clients to the online companies dangling a cheaper rate. “Buyer beware. If it’s too good to be true, there’s usually something up.”

And also beware, she said, when a direct writer promises to produce a quote in 15 minutes.

“We educate our personnel, and we keep up with the changes in this business — because it’s forever changing. There’s so much information that it’s not possible to get a quote in 15 minutes. You’re not getting proper explanation of the coverage. There’s so much involved in getting a quote. It takes a long time.”

The Golf Industry Focuses on Ways to Grow the Game