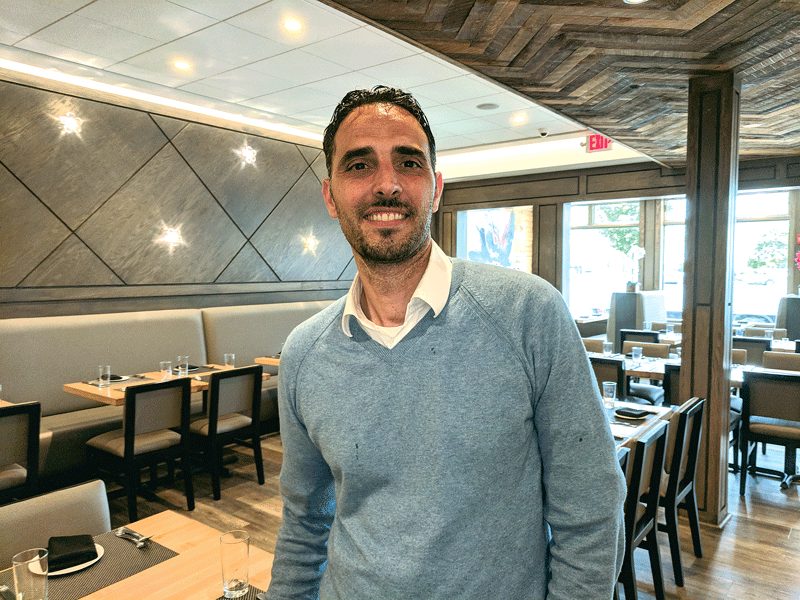 Jerry Moccia says his goal is to provide diners with an authentic Italian experience.

If today’s dining public has become more demanding, Jerry Moccia says, television may bear some of the blame. But he’s not complaining.

“People are very into food — they know flavors, they know a lot about food, and things like the Food Network have brought a lot of exposure,” he noted. “People are more into food than they were 15 years ago, and expectations are much higher — which makes it more comfortable for us.”

He referred generally to the world of upscale dining, and specifically the Italian restaurant, bNapoli, he opened almost two years ago on Elm Street in the heart of West Springfield’s downtown.

Moccia is no stranger to the location, having opened Bella Napoli Pizzeria next door in 2005, four years after arriving in the area from his homeland of Italy. He ran that establishment for almost a dozen years before moving into the larger, neighboring space vacated by Curry Printing several years ago and creating a higher-end eatery.

Thomas Fawcett, who oversees bar operations at bNapoli, said the restaurant is the culination of Moccia’s long-term vision.

“He plugged away there day and night with the vision of doing this,” Fawcett said of the pizzeria. “He always knew he wanted to open this; it was always sort of in the back of his mind. It was hard work, and that’s what he wanted. He was growing something.”

The goal, he added, was to serve fare that was ahead of the curve for the region, but not jarringly different. It was a risk, considering the success of Bella Napoli, but one that has paid off.

Heart of the City

Stepping inside bNapoli, diners are greeted by elegant, modern décor — all clean lines and earth and grey tones — meant to reflect what they might experience in a trendy restaurant in a big city, Moccia said. Meanwhile, the extensive menu currently runs the gamut from a grilled octopus appetizer and a house beet salad to creative entrees featuring veal, short ribs, haddock, ribeye, and a broad range of pastas.

“It feels very urban, metro New York or Boston,” he said of the atmosphere. “As for the food, we have some traditional, authentic Italian dishes with a contemporary spin. Everything is farm to table. We change the dinner menu three times a year based on the seasons. Tom came in over a year ago and brought the same expectation from a bar point of view.”

Indeed, when Fawcett showed up, there was no bar program to speak of, and he went to work crafting a unique experience for diners based on his training in Boston, where he was mentored by cocktail notables like Patrick Sullivan, who put B-Side Lounge in Cambridge on the map starting in the late ’90s, and Jackson Cannon, Fawcett’s fellow B-Side alum, who went on to establish Island Creek Oyster Bar.

Fawcett, who grew up in restaurants — his first job was at age 13 at Wild Apples Café in East Longmeadow — eventually enrolled in Jackson’s bar protégé program and became bar director at the second Island Creek location. He said what Moccia is doing at bNapoli — and what he has developed with the drink service — is very much in the spirit of those establishments, but innovative for Western Mass.

“It’s just different for this area. What we’re doing with cocktails out here is unheard of,” he said. “We make everything we can possibly make. We infuse our own spirits; we blend spirits for house blends. Strawberries just came into season, so we purchased strawberries from a farm and made a puree with them, which we won’t do in December, because we’d have to buy strawberries from California.”

As a result, the bar is even more seasonal than the restaurant, with a cocktail menu that changes roughly every six weeks. “Guests can come in today for their anniversary, and then if their birthday is in three months and they want to come back, the drink menu is totally different,” Fawcett said. “It’s something to look forward to for the next season. Right now we have a blueberry-infused Campari in one of our cocktails.” 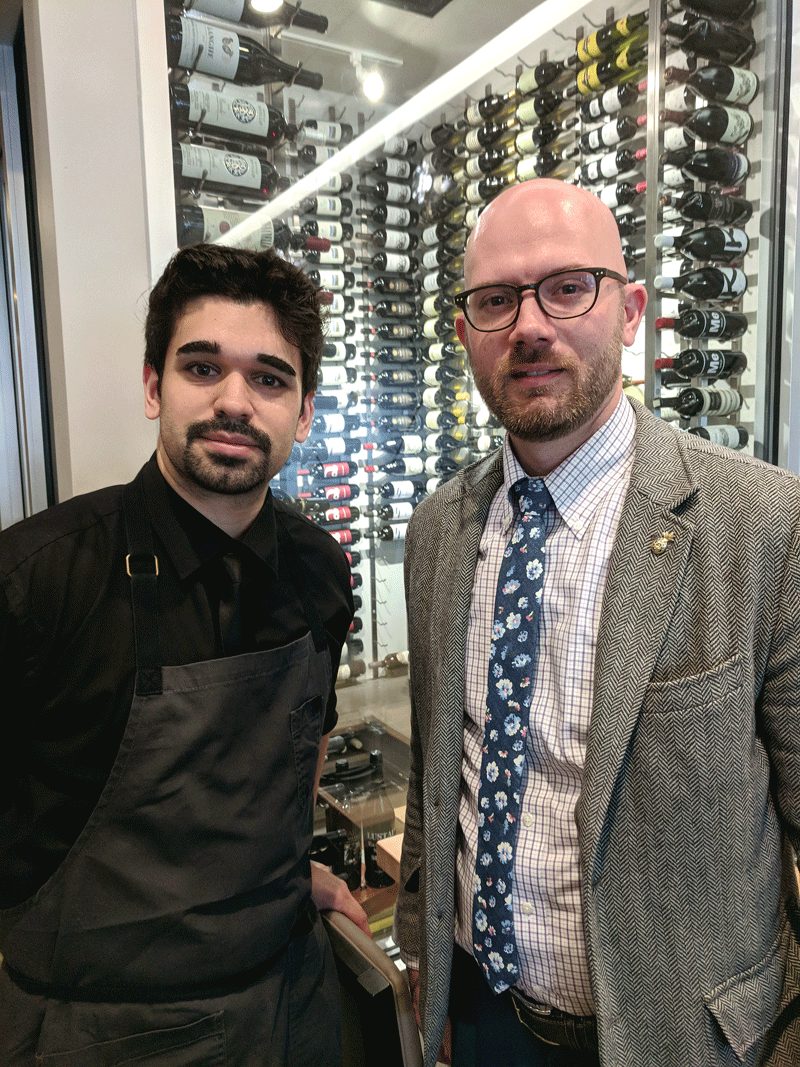 Thomas Fawcett (right, with bar manager David Lazaro) says he has applied the restaurant’s from-scratch ethos to its drink menu.

Meanwhile, he expanded the wine menu from 40 to 100 labels but also focused it almost exclusively on offerings from Italy and the American West Coast. “This was fun for me; I’d never written an Italian wine menu, and I have fallen in love with Italian wine. What a great area of the world to grow grapes.”

As for beer selections, don’t look for big names like Anheuser-Busch and Miller; the roster is dominated by craft breweries — local names like Iron Duke and Fort Hill, but also small-batch producers from Maine to Virginia. “We are just a small, local restaurant, and we want to honor other small, local businesses.”

“We’ve taken a slow approach. We didn’t want to open and have 1,000 people here right out of the gate. We’re sort of feeling our way, and we put a ton of time into what we do. We don’t have to work this hard, but we do because we’re passionate about it. David, the bar manager, doesn’t have to be here at 9 a.m. on a Monday pureeing strawberries for the week when we could just purchase it for a nominal fee and be done with it. But we take pride in what we do, and we love this and want to share this with everyone else.”

The feedback Moccia and Fawcett get from customers tells them that going the extra mile is appreciated.

“When I talk to people, they feel our passion for it,” Fawcett told BusinessWest. “When we’re at the table talking to them about what we do and how we do it, it’s a little more than just reading a list of ingredients. We’re sharing more of an experience. We’re bringing guests into the restaurant life, if you will.”

A Risk Pays Off

That life is one Fawcett knows well, and that Moccia has known for even longer. “He grew up in restaurants, and he understands the kitchen; he plugged away in one for 15 years,” Fawcett said. “So he had the back of house nailed down.”

His vision captured Fawcett’s imagination during their first meeting.

“I did not move back here expecting to see this,” he said. “I thought, there’s not going to be a restaurant that’s looking to do what I was doing in the city. But I met Jerry, and he said, ‘this is what we’re about; this is what we’re trying to achieve.’ And it has not been for naught.”

In some ways, Mocchia has been a risk taker, Fawcett said, but he’s adapatable, too, willing to alter offerings based on customer feedback.

“We just want to offer something fun and different which is fresh, and something that we believe in as well,” Fawcett went on, adding that bNapoli has amassed a strong cadre of regulars the staff knows on a first-name basis.

In short, the goal is a big-city-type restaurant with a connection to the neighborhood, he went on — and his definition of ‘neighborhood’ is expansive, with regulars coming from places like Northampton, Wilbraham, and West Hartford.

“People make that ride, and they’re happy to be here,” he said. “People out here, when they believe in something, they stick with it. When they feel like you’re advocating for them, building something on their behalf, they will stick with you tooth and nail as long as you’re producing a good product, not taking shortcuts. If you’re working in their best interest, they know that.

“We’re in the business of hospitality,” Fawcett concluded. “It’s so much fun coming in here. We have a really strong group of people who bring that passion to the table, and we just want people to enjoy themselves.” 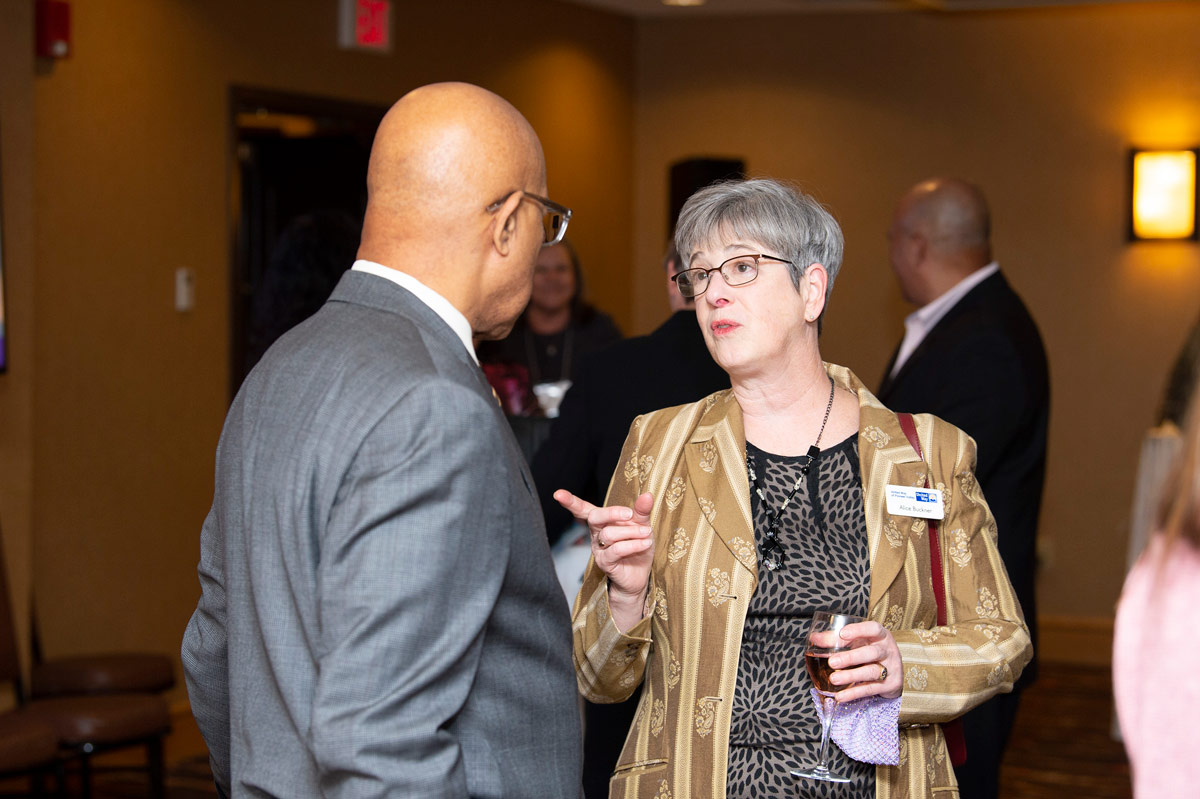