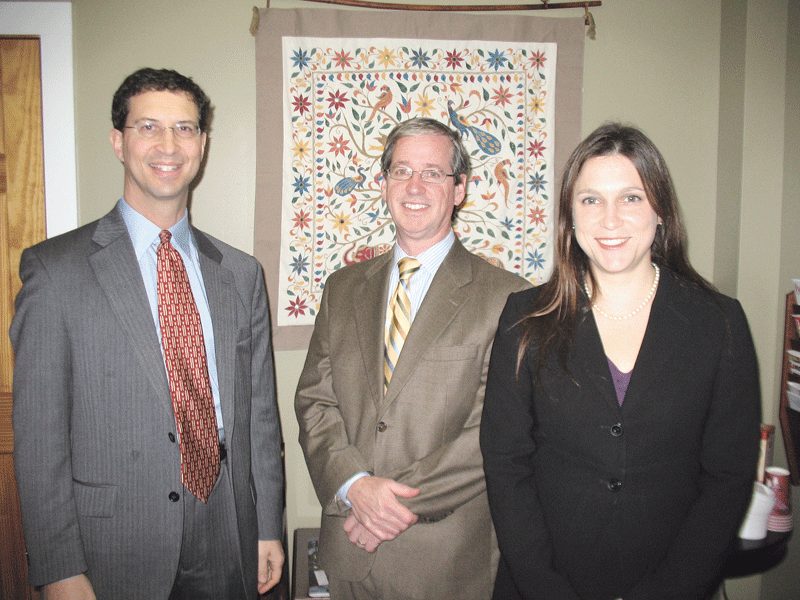 Curran & Berger Works to Ease the Path to Immigration 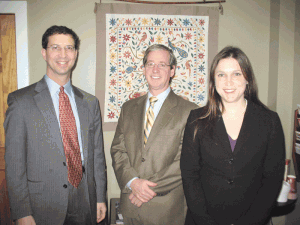 The immigration lawyers at Northampton-based Curran & Berger paint a picture of immigration far different from commonly held stereotypes about foreigners scaling walls and taking advantage of the system. They say they work with people unjustly separated from their families over technicalities, and of extremely talented professionals with much to offer this country. These lawyers must overcome a maze of statutory barriers and systemic suspicion that makes their jobs more challenging — but the inevitable success stories even more gratifying.

Joseph Curran likes to talk about a “culture of no.”
Well, ‘likes’ may be inaccurate. He would much rather talk about a culture of ‘yes,’ but Curran — a partner with Curran & Berger in Northampton — is just being realistic about some of the challenges of being an immigration lawyer.
“The culture of no is firmly entrenched. We’ve made very little headway,” he said, referring to changes in immigration policy at the federal level that came about after 9/11. Prosecutors tasked with enforcing those laws “are supposed to use prosecutorial discretion; they’re supposed to be focusing on drug dealers, criminals, terrorists — the bad guys.
“No one ever gets punished for overzealously prosecuting even small things,” he added, “but they could face discipline if anyone thinks they’re being too slack and easy on these people.”
One such ‘small thing’ involved a Portuguese man who had lived in America since 1980 and had grown children and grandchildren living here. He ran into some trouble recently in his home country — it involved surgery — and apparently spent too much time there. “When he returned, the Immigration Service wanted to send him back; they said he had abandoned his green card,” said attorney Megan Kludt, who joined the firm last year.
She went to the prosecutor, who worked for the Department of Homeland Security, Curran recalled, “and said, ‘there are only so many hours in the day; do you really want to waste a whole half-day on an 80-year-old man who has never done anything wrong, when there are so many other cases to work on?’ Even the judge was irritated.”
While immigration is the firm’s specialty, Curran said, there are many subspecialties within that field.
“We are a full-service firm,” Curran said, noting that he, partner Daniel Berger, and Kludt — along with a diverse staff of paralegals and researchers — work with a wide variety of clients, from businesses and colleges looking to bring foreign workers on board to families trying to stay together in the U.S. when one member is faced with deportation.
“I deal personally with a lot of foreign national doctors coming to the U.S.,” he noted. “They make a deal with the Immigration Service and the Department of Labor to work in medically underserved areas in exchange for a green card — and there are a lot of medically underserved areas in Western Mass., including Springfield, Holyoke, Greenfield, and outlying towns. They can’t find physicians, especially primary-care physicians.”
In fact, Kludt said, despite rampant unemployment in the U.S., many businesses and health care organizations are in desperate need of skilled workers that they cannot find, and talented foreign-born workers can fill that gap. The Department of Labor must perform a balancing act in these situations, she added, because it wants to make sure businesses have the staff they need, yet it also needs to protect the interests of U.S. citizens who might lose out on jobs.
Still, “people are not scaling the fence coming in from Mexico; that’s a common misinterpetation of the immigration situation,” she told BusinessWest. “The border is actually fairly quiet, but we’re seeing some highly eduated people struggling to get in, people who could benefit the U.S. One researcher from Iran won’t travel [outside the U.S.] because it’s always a hassle, and he’s never sure he’ll get back in.”

People Who Need People
Early in his law career, Curran explained, he was drawn to a field that gave him more personal satisfaction than, say, divorce law or tort law.
“I chose early on to do just immigration,” he said, noting that his passion was likely sparked at a young age, by a family heavily involved in international matters. “We always had foreign students in our house — maybe a dozen different students over the years. There would be someone from Botswana or Korea or Brazil, talking to me about what life was like in other parts of the world. I didn’t really think about it until later on, but it was something ingrained in me. Then after law school, I met a couple of immigration lawyers and got into this field.”
The firm’s newest lawyer said she was drawn into the immigration niche by the opportunity to make a positive difference in people’s lives.
“I thought I was heading into a career in international relations,” said Kludt, who holds degrees in that field. “My plan was always to do international work, but after graduating from law school, I realized I could do much more here in the U.S. In another country, you make a small difference as part of an international organization, but here, you can make a difference with every single family; every time you win a case, you can look at that person and see them smiling. It’s gratifying.”
She said the job is endlessly varied, and she essentially travels the globe from her office; in a single week before speaking with BusinessWest, she had worked with clients from Denmark, the United Kingdom, China, Brazil, Mexico, and other nations.
But the field can be heartwrenching as well as gratifying. One client had a green card pending when he took an unauthorized trip to Brazil to be with his dying mother, which jeopardized his immigration status. Curran & Berger has been fighting to allow him to stay in the U.S., with no positive resolution yet. “He might give up and go home,” Kludt said. “Sometimes it comes down to that.”
Both Curran and Kludt say they enjoy working through the highly complex statutes surrounding immigration law, but it’s a challenge as well.
“The statute part is very complex, like a Sudoku puzzle,” Kludt said. “Immigration law is one series of immigration reform piled onto another.”
Differences in state laws can pose difficulties as well. Typically, a “crime of moral terpitude” will jeopardize someone’s immigration status, she explained, yet definitions of those crimes can vary from state to state, often with severe consequences.
For example, one state might define assault as any innocuous scuffle, while another might reserve the charge for more serious matters. Yet, because a simple admission of guilt carries the same weight as a conviction in immigration law, someone who admits to a very minor assault charge, resulting in no real punishment, may do permanent damage to his chances of staying in the U.S., so it’s often better to go to court. Kludt said she is often consulted by criminal lawyers to help them avoid such pitfalls.

Dream On
The firm has also been supportive of the Development, Relief, and Education for Alien Minors (DREAM) Act first introduced in the U.S. Congress a decade ago and reintroduced earlier this year. The legislation addresses the plight of young immigrants who have been raised in the U.S. without proper documentation, and would offer a path to legal status to those who have graduated from high school, have stayed out of trouble, and plan to attend college or serve in the U.S. military for at least two years.
“We’re doing a lot of work with students all over the country, and we’ve been hoping for passage of the DREAM Act for the sake of people who came in very young, grew up here, and are highly educated with no place to go,” Kludt said. “We’re working with as many students as possible; a lot of them never talked with immigration lawyers and have no idea what their options are. We’re seeing what we can do for them.”
The problem with current hurdles to immigration, she said, is that too many bright, foreign-born people — some with hard-to-come by skills that could benefit medicine, science, the arts, and other fields — are studying here and then taking that valuable knowledge back to their home countries.
In fact, Curran & Berger specializes in serving “aliens of extraordinary ability,” Kludt said, a legal term for foreign-born individuals who are at the top of their field and are able to self-petition the government for citizenship without being sponsored by a university or other organization.
“Typically, what these people do is extremely complicated, like a seismologist discovering new things about earthquakes,” she said. “We spend a lot of time learning about these things ourselves so we can explain it to the government; we put together packets sometimes two inches thick to try to convince the government that this person is unique, and we don’t want to lose them.”
Of course, many cases are more emotional, such as people who have found their way into the U.S. through educational or humanitarian means and who petition the government for asylum because they have been battered, tortured, or harassed in their home country. Sometimes it takes a long time, with many meetings, for such people to fully explain their story to the point where it will be convincing to a judge.
It’s the successes, Kludt said, that stand out most and continue to energize and motivate the whole team — like in the case of the old man making his way back from Portugal.
“We had the whole family in the back of the courtroom, crying,” she said. “It was a really celebratory event.” 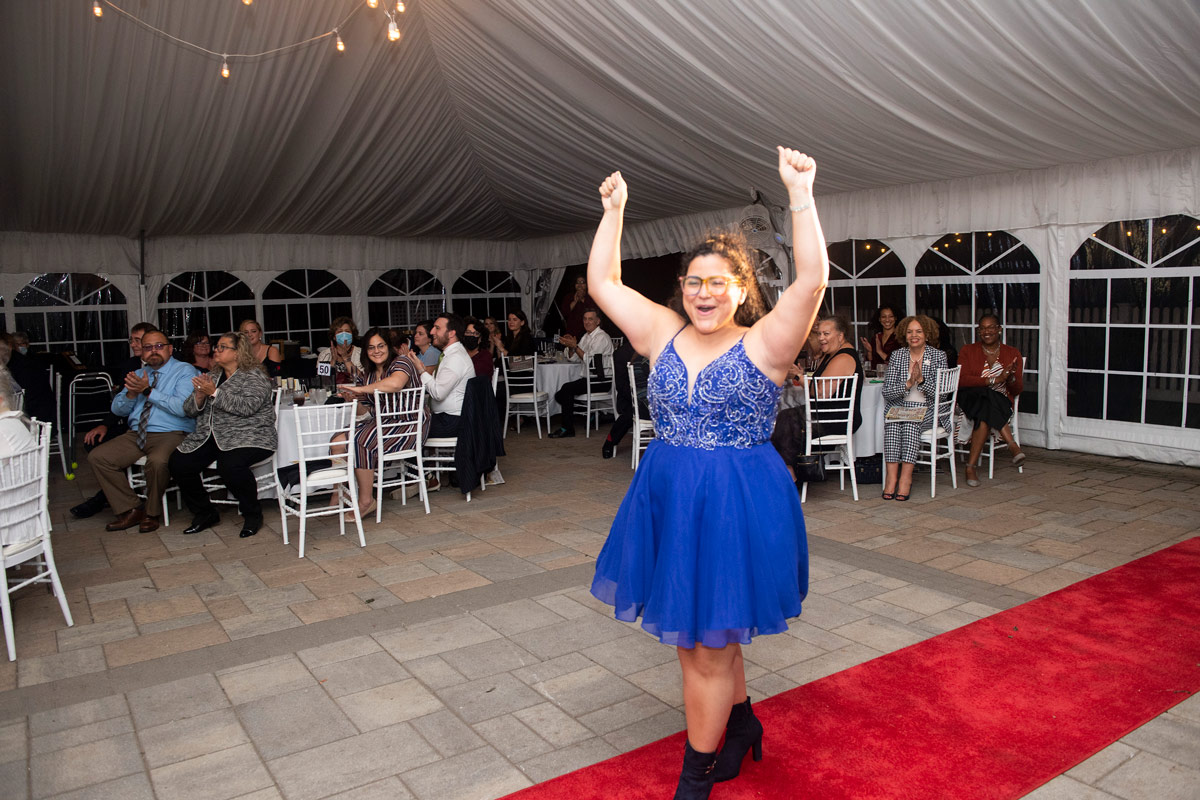 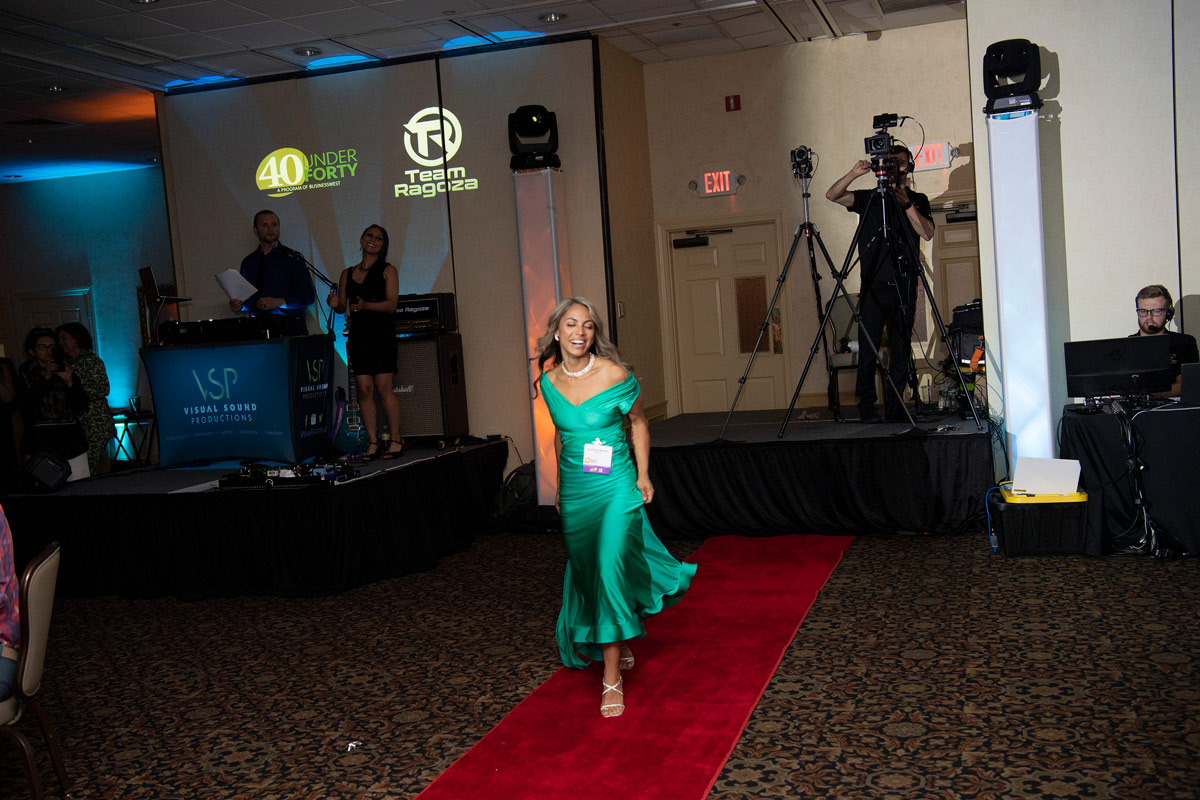