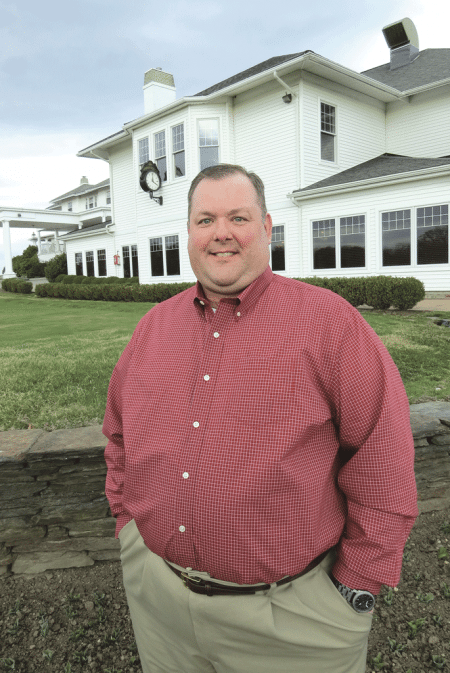 David Brosseau says that, while conditions have improved somewhat for the area’s private clubs, many challenges remain.

David Brosseau has been a member of Springfield Country Club for a quarter-century now, so he can speak from experience about how the landscape has changed over that time.

Not at the club, necessarily — although there have been renovations at the stately clubhouse, the building of a skating rink on property formerly occupied by tennis courts, and tweaks on the course, especially the treacherous, downhill, par-4 sixth hole — but in the marketplace.

Indeed, over the past several years, Brosseau, now in his second year as president of the private club off Route 5 in West Springfield, has seen developments that wouldn’t have been contemplated in 1991 — because they didn’t have to be. Things like membership drives, promotional ads in area publications, special introductory rates, and elimination of initiation fees.

But all those steps and more are part of a new reality for private clubs (most of them, anyway), who have seen waiting lists become a thing of the distant past, replaced by spirited competition for a dwindling number of golfers and families willing to make the investment needed to join a club.

“It’s very competitive out there right now, and it’s been that way for a while, especially the past five or six years with the turndown in the economy and the turndown in golf,” said Brosseau, adding that the number of clubs has actually increased, with the addition of Great Horse in Hampden, while the pool of prospective members is flat at best. “But we’re starting to see things improve somewhat.”

Mary McNally, the recently installed president of the Country Club of Wilbraham, a semi-private course that sees most of its play from its members, agreed. She said her facility, which she described as primarily a golf club — it doesn’t have a pool, tennis courts, or other family-oriented amenities — has confronted everything from the general decline in the number of people playing golf to an evident lack of loyalty among members at area clubs, in part because they’re not paying any initiation fees.

The Wilbraham club is more than holding its own — membership is currently at 300, a solid number, and it is working to hard to increase public play — but, like most clubs in the area, it must work much harder to maintain those numbers than it did years ago.

The good news for clubs is that what would be considered the worst seems to be over. That would be the lingering effects of a devastating recession on top of all those factors, a perfect storm that made for some lean and trying years.

“I think conditions are improved overall — the economy is better, and more people are looking to join a club,” said Attilio Cardaropoli, owner and general manager at Twin Hills Country Club in Longmeadow, one of the healthier facilities in the region.

That was certainly not the case seven or eight years ago, when the club was in financial distress and rumors swirled that the valuable real estate in the northeast corner of the town would be transformed into a subdivision.

But Cardaropoli not only resuscitated the club, he’s returned it to full membership — 300 or so members — and undertaken extensive renovations and additions, on the course and in the clubhouse, to better serve those members.

He said the key to success is catering to members, providing value, and offering a return on their investment. For this issue and its focus on sports and leisure, BusinessWest looks at how clubs strive to do just that.

As she talked with BusinessWest in late March, McNally echoed what the leaders of virtually every club in the region have been saying for years now — that there is at least one too many of these facilities serving the general population.

Such sentiments explain why the recent auction of Elmcrest Country Club in East Longmeadow, a private facility that has been struggling for several years, was watched very closely: perhaps now there would be one less club with which to compete. 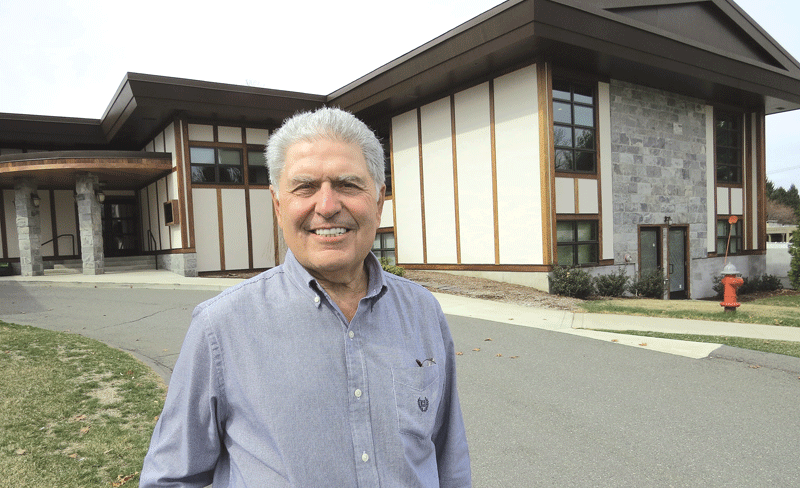 But the news that the partners who acquired Crestview Country Club in Agawam and converted it into a semi-private facility would do the same at Elmcrest after submitted the winning bid for the property (see related story, page 19) put an end such speculation — and optimism.

Which means the bounce that Wilbraham might have seen if Elmcrest closed — the clubs are only a few miles apart — certainly won’t be as great, said McNally, adding that this development merely adds another small layer to the ongoing challenge facing area clubs.

In a nutshell, that comes down to closing the proverbial gap between where the membership total stands and where a club’s leadership would want it to be. Years ago, most clubs didn’t have gaps, and if they did, they were small and easily closeable.

In recent years, though, and especially during and after the Great Recession, the gaps became wider, and to close them, clubs responded with a number of measures. Some were time-tested tactics, such as offering the fall months for free when someone signs on for the following year. But most were relatively new (at least for private clubs in this market), like advertising, membership drives, price incentives, waiving initiation fees, and creating new products in their form of specially tailored membership packages for constituencies ranging from young professionals to retirees.

Overall, such steps have worked at SCC, said Brosseau, adding that the club has closed its gap significantly, thanks to a recent membership drive (the first in several years), which added nearly 70 new members, and other steps.

For example, the club would at times offer three years of membership for the price of two, while it also restructured fees for existing members to bring them more in line with what recent recruits were offered, a step that has helped improve retention, as well as morale.

Overall, the club has evolved somewhat over the years, he went on, and is now more of a social club for families than a golf club, another clear sign of the times.

And this is reflected in some changes in scenery, such as that aforementioned skating rink.

“We put in a skating rink, and we get the warmest winter in years,” he joked, adding that, while the club struggled to keep the ice surface clear, it has generally succeeded in its mission to become more family-friendly.

That word ‘friendly’ was also used by Cardaropoli, who summoned it when talking about how Twin Hills does not levy assessments on members for capital improvements, maintenance, or any other reason, and this greatly improves morale.

And it gives the club another addition to an already solid list of selling points, including accessibility, price, course quality and walkability (there are few steep hills, despite the name on the sign), and large practice facility.

“We have a great course and a great location, and we cater to the membership,” he explained. “Every year, we’re taking on some improvements or renovations to the course, but the big thing is that we never have any special assessments or initiation fees, so when someone joins, they know exactly what they’re going to be paying, and there’s no surprises at the end of the year.”

The Country Club of Wilbraham, which expanded from nine to 18 holes in 2002, has fewer and different selling points — it lacks many family-friendly facilities and, thus, focuses on its strengths, intimacy and golf.

“We’re a small club, and we’re low-key,” she said. “We don’t have tennis or a pool or a fancy dining room, but we have a lovely facility and a relaxed atmosphere; we just try to be who we are and not pretend to be something we’re not, and I think that’s going to be the key to our success.”

Historically, that formula has worked well, she said, adding that the club has picked up several new members in recent months (many of them returnees who had left) and is ahead of the budgeted number for 2016.

Keeping it in or above that ballpark is an ongoing challenge, she went on, in part because of the competition and attractive offers from other clubs, but also that lack of loyalty she mentioned earlier.

“Someone might to go to one club one year because it’s $300 less,” she explained, adding that this happens more frequently now because people aren’t paying initiation fees. “But then, people often wind up coming back to where their friends are.”

Lately, more people have been coming back to the country-club lifestyle or experiencing it for first time.

It’s certainly not like it was 25 years ago, when Brosseau first joined SCC, or even 10 years ago, but conditions are improving gradually.

Still, stern challenges remain, said those we spoke with, adding that clubs must continue to be diligent and imaginative in their efforts to attract and then serve members.

Because the current environment constitutes a new normal. 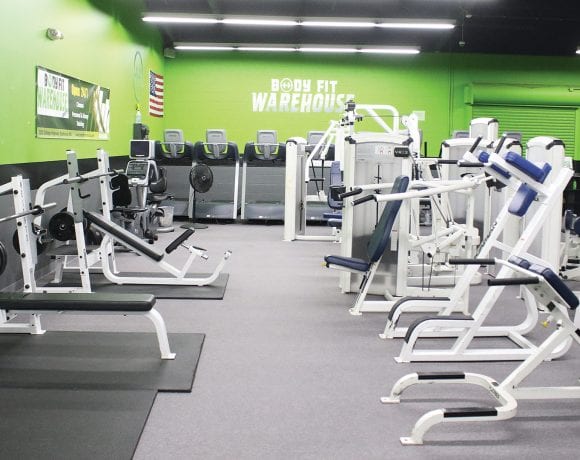 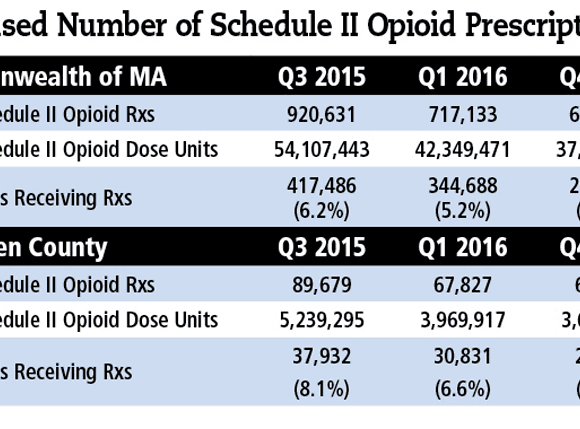 Opioid Crisis Expected to Get Worse Before It Gets Any Better

When a Loved One Passes Away