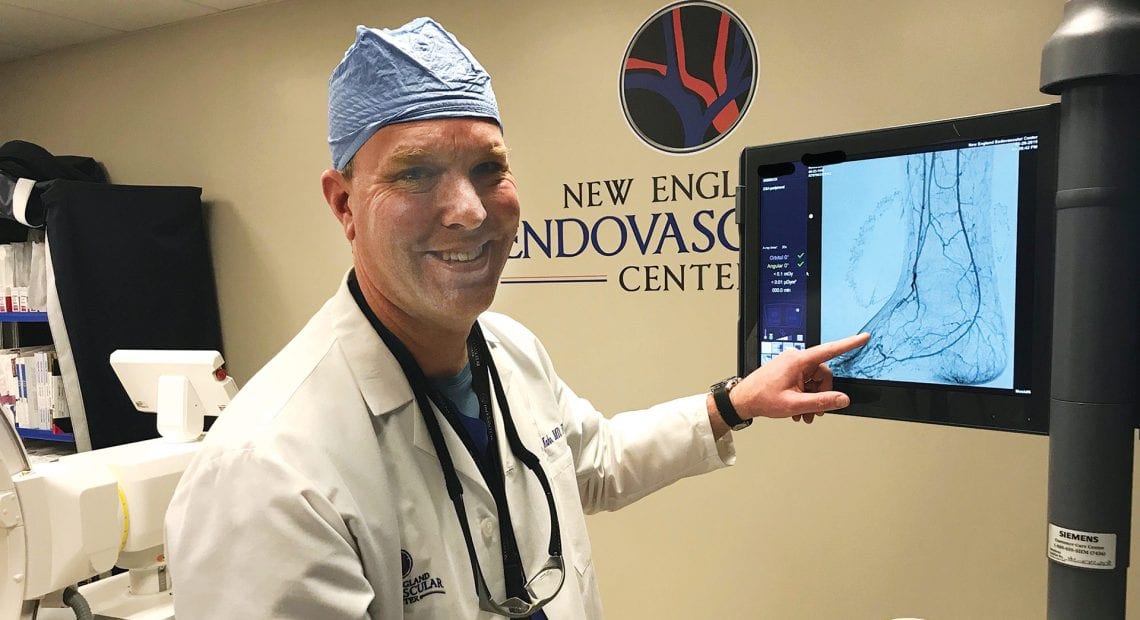 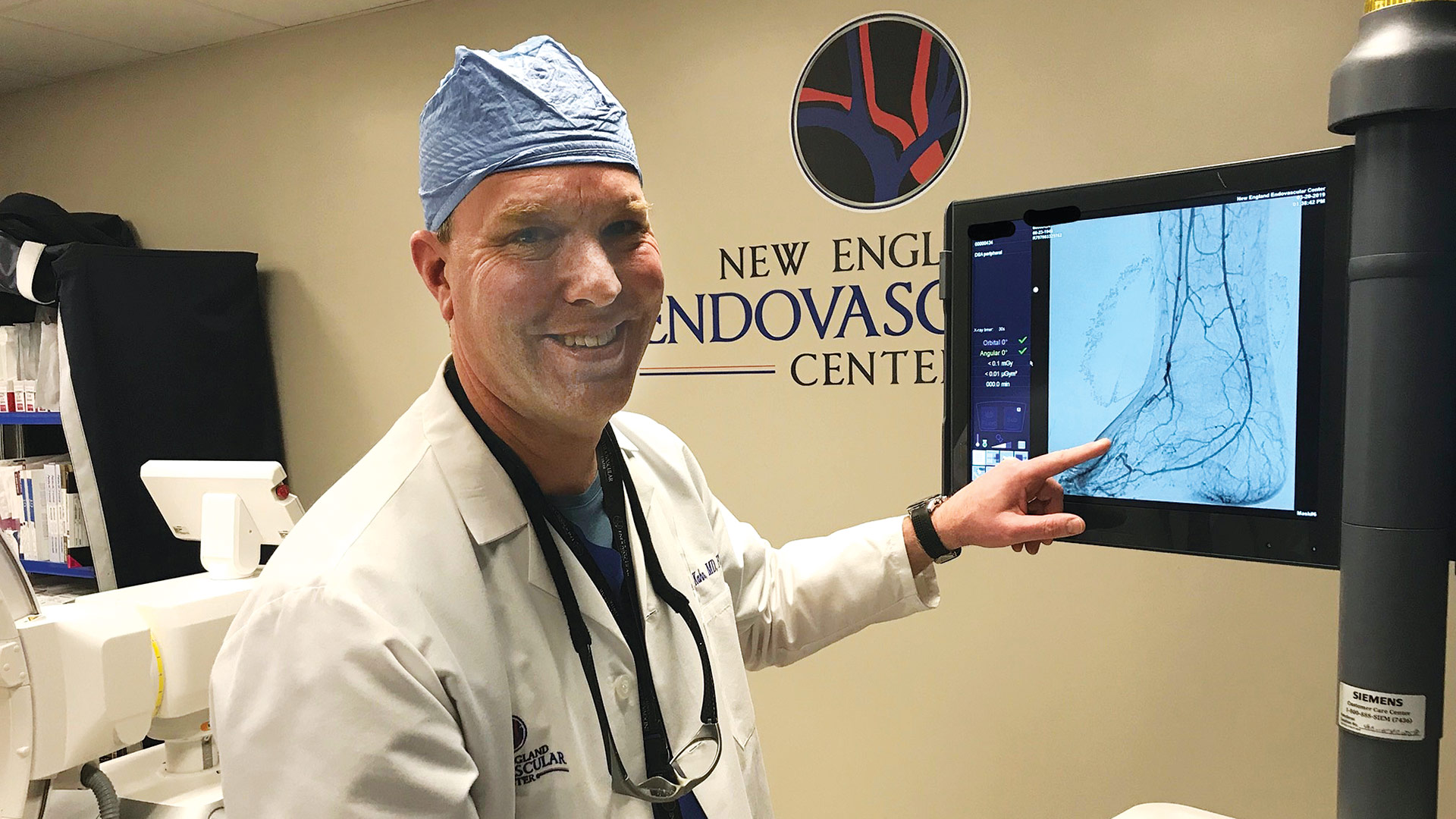 Dr. S. Lowell Kahn says he feels an obligation to the community to offer his services because it’s so difficult for people to get healthcare right now.

At a time when COVID-19 is dominating everyone’s attention and resources, people are still experiencing other urgent health issues such as heart attacks, strokes, and any number of other medical conditions that require treatment.

During the last few days of March, BusinessWest spoke with several area physicians about the challenges they are confronting in trying to serve the needs of their patients who require medical attention that is not related to the coronavirus.

The doctors BusinessWest spoke with have all reduced their normal business activity and only see patients for emergency or medically necessary reasons. They all said they closely follow the guidelines from the Centers for Disease Control and Prevention (CDC), notices from Massachusetts Gov. Charlie Baker, as well as information from their respective medical societies.

Kahn said he feels an obligation to the community to offer his services because it’s so difficult for people to get healthcare during these times. The procedures he is doing are non-elective, and in many cases essential for patients, as well as their doctors.

“People with cancer still need chemotherapy, and those with bad peripheral veins need a biopsy first,” he explained. “If we don’t provide that biopsy, the oncologist can’t properly treat them.”

Dr. Stephen Jacapraro, a dentist with Family Dental Care, is only opening his office when someone has a dental emergency. He said moving from reduced hours to closing up completely was a fast transition.

“We are filling a need because my patient doesn’t want go to the emergency room, and the ER staff doesn’t want him there at this time.”

“Back on March 16, the Massachusetts Dental Association recommended that we start limiting hours; then, on March 19th, the state became more stringent, and since then, we shut down completely except for emergencies,” said Jacapraro. “If someone has severe pain or swelling, I can diagnose it, but even in normal circumstances, I would refer the patient to the proper specialist, such as an endodontist or dental surgeon.”

Dr. Christopher Peteros, a podiatrist with New England Foot Specialists, is limiting his practice to seeing post-surgical patients who need follow-up attention, diabetics with foot issues, and others with medically urgent foot conditions.

“If I have a diabetic patient with an infection in his foot, I don’t want to send him to the emergency room at this time,” Peteros said, adding that there is less risk involved in taking care of the patient in his office than sending him to the hospital. “We are filling a need because my patient doesn’t want go to the emergency room, and the ER staff doesn’t want him there at this time.”

Even fairly routine procedures that are usually done in a hospital setting have become more difficult due to hospitals preparing to be overwhelmed with coronavirus cases. Replacing a dialysis catheter for patients would normally be handled in a hospital, but Kahn has been doing them in his office.

“Even though this isn’t considered an emergency procedure, for dialysis patients, it really needs to get done,” he noted, adding that patients prefer to go to his office these days rather than risk exposure to COVID-19 at the hospital. 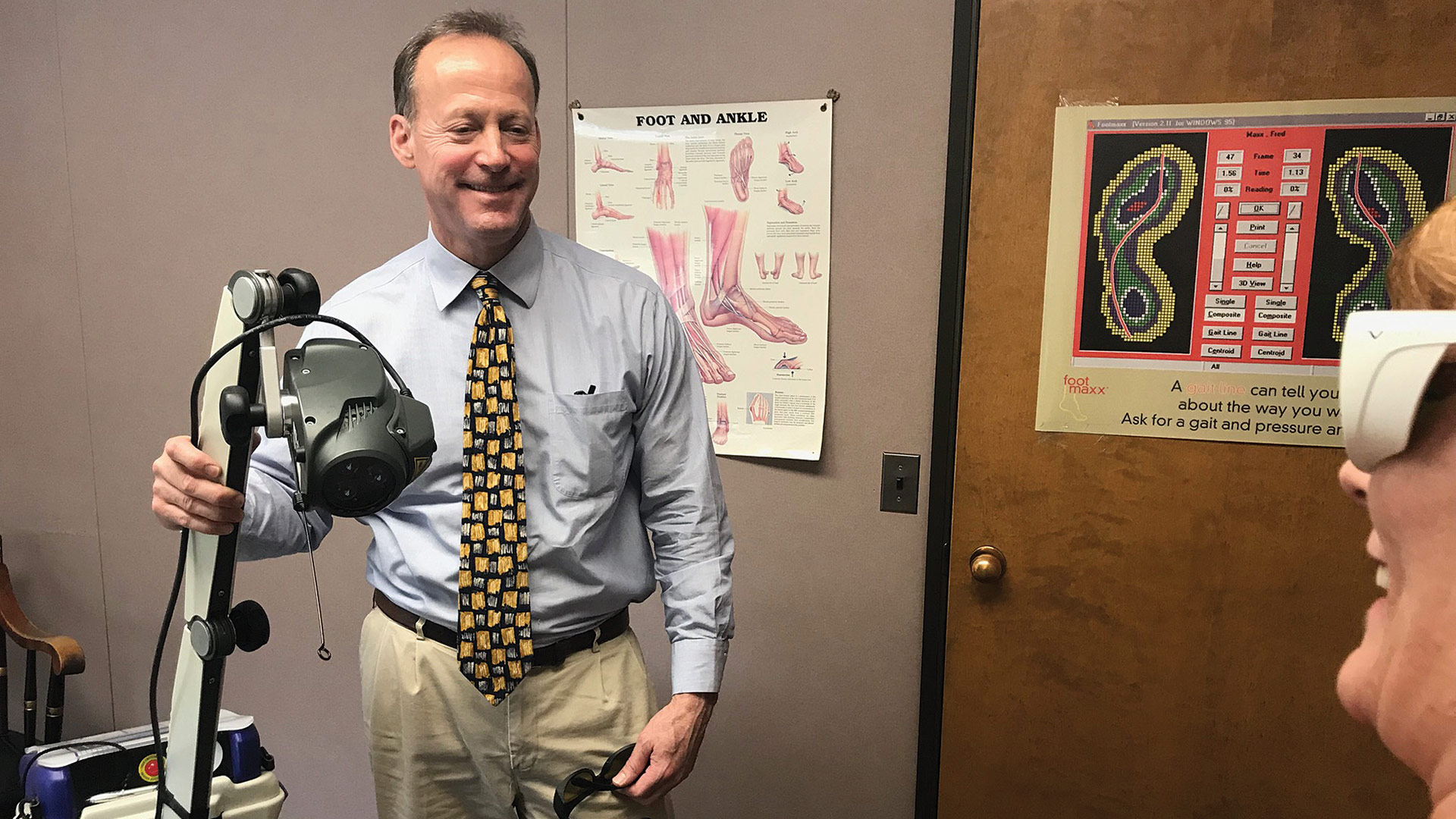 Dr. Christopher Peteros is seeing patients with urgent issues for two reasons: because they need care right away, and to keep them out of hospitals.

All three doctors spoke of following the latest protocols for constantly wiping down their offices, as well as screening patients more carefully before they arrive. They all said that, if there is any reason to believe a patient has been exposed to the coronavirus, they are kept away from the office.

In the interest of social distancing, the doctors are spreading out appointment times to prevent more than one patient from being in the waiting room at any time. Kahn has taken it one step further, and offers patients the option of waiting in their car until they are ready to be seen.

“We used to let family members come in and sit with the patient in our recovery area after their procedure, said Kahn. “We don’t allow that anymore.”

The safety of their teams is an obvious priority for all three doctors as well. Kahn said all his staff wear masks the entire time they are in the office.

“We screen ourselves every single day using screening questions issued by the CDC,” Kahn said, noting that they go through the entire list of questions to check every staff member for a fever, cough, shortness of breath, etc.

“People are scared these days. It’s not fun being a healthcare worker like it was before,” he told BusinessWest.

Jacapraro said one of his concerns is that he and his staff are “toward the older, more vulnerable age group,” so one upside of seeing only emergency cases is that it limits his staff’s exposure to the public. He also mentioned that, with masks and gloves in such high demand, the limited hours allows him to conserve his supplies.

“We’ve been cohesive as a team, trying to keep each other healthy both physically and mentally. We’re staying strong through it to make sure we can stay open to help patients who need us.”

“Our suppliers are taking care of the hospitals first, as they should,” he said, adding that, even with limited supplies, he has enough in stock to handle emergencies.

With his primary supplier unavailable, Jacapraro has been using a secondary supplier for masks whose price is four times higher. Jacapraro doesn’t believe the supplier is jacking up the price, but that it’s more likely a cost difference between suppliers. “When you’re not making any money, however, you still have to pay them four times as much.”

Back in mid-March, the U.S. surgeon general asked doctors to stop all elective procedures, a move that has proven almost self-regulating as the doctors have said patients are more reluctant to seek services at this time.

“Some of my patients are asking me to push off appointments, and I’m asking the others to do so as well,” said Peteros.

Jacapraro added that, once social distancing was being encouraged, the Massachusetts Dental Assoc. recommended stopping all elective treatments. “Obviously, we have to get closer than six feet to help our patients.”

Some of the most common procedures are being seen in a different light in the environment of the COVID-19 pandemic. The Society of Interventional Radiology (SIR) issued a reminder to doctors about a basic procedure that Kahn had done many times in his office.

The procedure involves inserting a feeding tube through the skin and into the stomach. Before doing that, however, the doctor inserts a catheter into the patient’s nose, through the esophagus, and into the stomach to determine the best location for the feeding tube. When the catheter is being inserted into the patient’s nose, it is common for them to have a gag reflex. The SIR cautioned that the gag reflex could aerosolize the COVID-19 virus, and recommended that, unless the doctor and staff wear N95 masks and full headgear, they could potentially expose themselves to the virus.

“This has always been a quick and safe procedure, but we’ve had to rethink it,” Kahn said. “And for the time being, we have backed off on doing feeding tubes, per these recommendations.”

The doctors who spoke with BusinessWest have all based their COVID-19 protocols on information from the CDC, and they advise consumers do the same.

“There’s a lot of bad information out there on social media, where suddenly, everyone thinks they’re an epidemiologist,” said Kahn, adding that consumers should get their information from reliable sources.

Early on, as they understood the significance of the coronavirus, Kahn met with his staff to allow everyone to voice their concerns about practicing medicine at this time. By the end of the meeting, he noted, everyone was on board with how they needed to proceed.

“We’ve been cohesive as a team, trying to keep each other healthy both physically and mentally,” he said, while seemingly speaking for everyone in the industry. “We’re staying strong through it to make sure we can stay open to help patients who need us.” 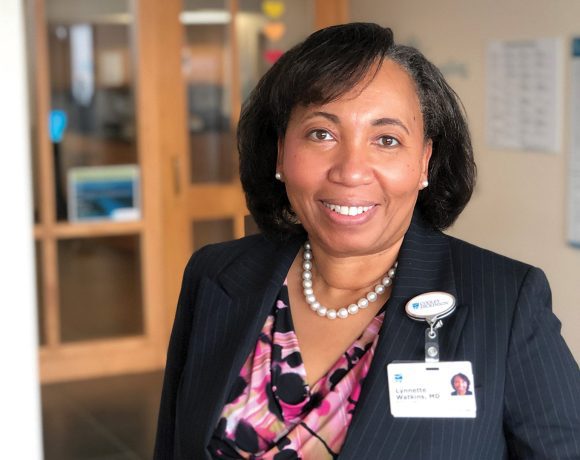