Area Hospitality Venues Prepare for the Arrival of MGM 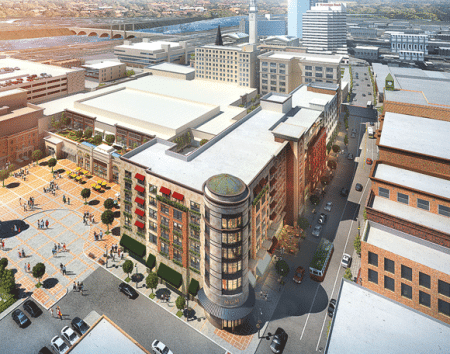 MGM Springfield, seen above in a rendering and below in its current state of early construction on Main Street, promises to attract new visitors to the region, which may benefit other hospitality venues. 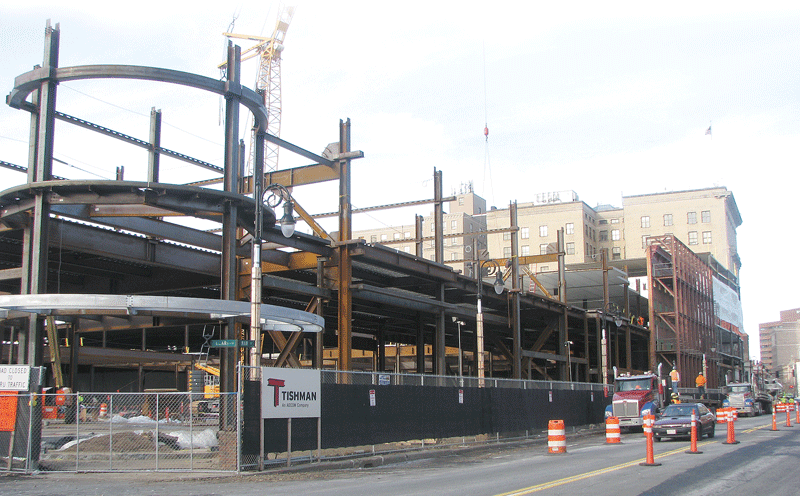 As the most significant development in Springfield’s recent history, the MGM casino set to open in 2018 is sure to be a tantalizing attraction for meeting and convention planners. That poses a new competitive threat for the region’s many established hospitality facilities, but some of the larger players don’t see it that way. Instead, they believe the additional traffic MGM brings to Springfield will raise all boats, bringing opportunity to venues that are prepared to leverage it by doubling down on what makes them unique.

John Doleva has heard the projections of MGM Springfield drawing between 600,000 and 800,000 people to the city annually.

“I’ve often joked that if 5% of those guests get lost coming out of the parking garage, that’s 40,000 people that could end up in our parking lot instead,” said Doleva, president and CEO of the Basketball Hall of Fame, which sits just a few blocks from where MGM Springfield will open in 2018.

He was joking, of course, but was serious about the rush of expected casino-goers. “I can’t imagine an instance where it won’t be seen as a positive when that many people flock to our region,” he told BusinessWest.

“Maybe the profile of the casino customer doesn’t match up with the basketball fan or someone visiting the Hall of Fame, but there would certainly be some crossover,” he went on. “MGM will want people to stay an extra night, and maybe the Hall of Fame, as an asset in the community, would be a good reason to stay a second night. You could bring the whole family to an MGM event, and the second day come to the Hall of Fame.”

That’s how some of the big players in the region’s meeting and hospitality business choose to view the $900 million MGM project taking shape in downtown Springfield — one which, technically speaking, will compete with them for events and ohetr forms of business, but may bring opportunities as well.

One way to look at the casino is that it will be employing some 3,000 people, and many might be new to the area, and looking to take advantage of Valley attractions, said Peter Rosskothen, owner of the Log Cabin, Delaney House, and D. Hotel & Suites in Holyoke, among other properties.

“I’m hoping some of those employees leave Springfield and visit other venues around us,” he said. “There’s something to be said for the casino giving everyone a proverbial lift, and that’s what we’re hoping for — that everyone gains something.” 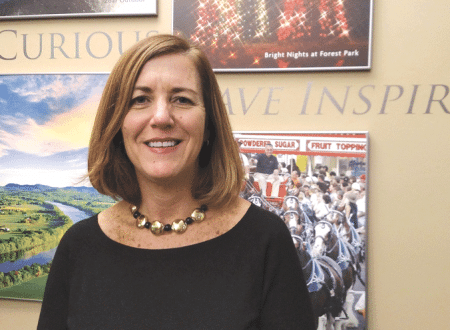 Mary Kay Wydra says MGM will be a strong competitor for meeting and convention business, but overall a net asset to the region’s entire hospitality and tourism industry.

The MassMutual Center — the closest hospitality-sector player, geographically, to MGM Springfield — is in a different position than other entities, having recently announced a partnership with the casino. MGM Springfield and Comcast Spectacor jointly bid last spring on a five-year contract to operate the MassMutual Center, with MGM serving as the venue management company and Spectra providing food and beverage services.

The partnership creates cross-marketing opportunities for events, the coordination of job and customer-service training, more efficient purchasing of goods and services, and a broader, more coordinated presence at trade shows and conventions, the partners noted in a statement. Additionally, MGM Springfield will manage the long-term event calendar, with an eye toward leveraging its entertainment-programming experience to attract even more visitors to the MassMutual Center.

“This market has unique offerings for convention-goers and local residents alike, and the MassMutual Center should continue to be an integral part of what attracts visitors to downtown,” Michael Mathis, president and chief operating officer for MGM Springfield, said when the bid was announced.

“But in terms of how people are feeling,” he noted, “it’s definitely a benefit to have an attraction like this. It’s another element of what Springfield can offer, in addition to the Hall of Fame, the museums, and other entities. People feel like this will bring more people to the city and bring significant economic impact to Springfield. They see it as a benefit.”

One that area meeting and banquet facility owners are keeping a keen eye on, hoping a rising tide of attention on MGM Springfield will allow them to shine as well.

Mary Kay Wydra, president of the Greater Springfield Convention & Visitors Bureau (CVB), is pleased to hear venue operators looking at the benefits MGM will bring to the city in terms of awareness and new business.

“From the get-go, ever since the subject of gaming was raised, we felt it was something that could benefit our industry,” she told BusinessWest. “It’s always scary when new competition comes into the marketplace, but what our members — and members of the regional tourism industry — see is a powerful brand, and what it will do in terms of bringing people here. And our hope is that they come for MGM but stay for other things, experience other attractions.”

Wydra said any convention business MGM attracts will be a net positive for the region’s hospitality industry as a whole.

“From a convention standpoint, we’re super excited about what the development will do to downtown in terms of adding to the inventory we have — 250 brand-new hotel rooms; retail, which is lacking downtown; entertainment options like bowling and movies, all right on Main Street and walkable,” she said. “That’s very exciting for us, and it enhances the package we sell as a city. These are things other areas are eager for.” 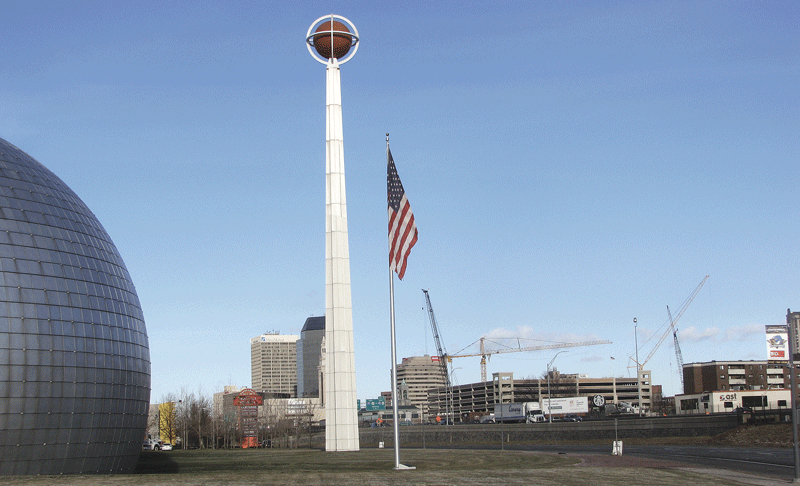 Basketball Hall of Fame President and CEO John Doleva says MGM, which lies right across the highway, has been a “terrific neighbor” so far, and promises to boost business for many Springfield-area venues.

Doleva said the Hall of Fame is well-suited — as are the CVB and MGM itself — to attract conventions and large groups to the city, and it can be an asset to large groups that come in for special events, even for those that come specifically for the casino.

“The Hall of Fame is a unique venue, something special. It’s not just four walls, not the same old place, but a place to be inspired, to come out and have a nice dinner in a unique venue and be able to partake in the many activities in the museum,” he explained. “I don’t see that we’ll be in heavy competition with MGM for the kinds of things we do now. As for the new business coming to the community, we’ll compete for that with great food and great service.”

Rosskothen told BusinessWest that it’s difficult to predict MGM’s impact on hospitality businesses outside Springfield, noting that his company provides catering services for the Barney Estate in Forest Park but its signature facilities are located in Holyoke.

“It’s hard to know what will happen,” he went on. “I do know we’re stronger now than we’ve ever been, so the challenge for us is, how do we continue to distinguish ourselves as a unique, locally owned product? The word ‘unique’ is pretty important to us; we’re always trying to find ways to keep our product relevant.”

That said, he went on, competition drives the Log Cabin, with its sweeping, scenic views, and the Delaney House, with its attached hotel, to be better, casino or no casino.

“There’s no arguing that. To me, it’s all about the qualities we offer — the amazing locations, the incredible views, how we use those assets and continue to be as unique as we can to attract people.”

Another asset Rosskothen, and other well-established venues, can lean on is their deep roots in Western Mass., which counts for something, he said.

“I think one of the strengths of the Valley is that people are pretty passionate about local businesses, and the fact that we’re locally owned and locally operated gives us a competitive advantage against that casino,” he noted. “There’s something to be said for that in this day and age, and it’s a strength of ours.”

“I don’t believe the casino will be a competitor for us,” he said. “We provide a uniquely different experience for our clients, and I do not see that changing after the casino opens.”

Wydra reiterated that, while attractions like Six Flags, the Hall of Fame, and Springfield Museums stand to benefit more obviously from convention bookings at MGM Springfield, other area meeting facilities should still see the development as a net positive.

“We’re very bullish on MGM and excited for them to be added to the mix here,” she said. “Those who will do well are those who are embracing it, finding ways to work with them and get the word out.”

So, while he probably can’t count on 40,000 motorists arriving at the Hall of Fame by accident, Doleva is on board with the feeling that venues that have something different to offer will continue to stand out even after MGM opens its doors in Springfield’s South End.

“Any place that has something very unique — that breaks out of the mainstream four walls, that promises a special experience — is going to do very well,” he said. “We certainly look forward to working with MGM; they’ve been terrific neighbors so far, very communicative and very supportive of the Hall of Fame. I can only see business increasing with more people coming to the city and discovering what the region has to offer.” 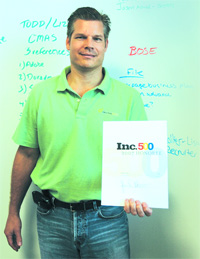