Marking its 30th year, the awards program recognizes the success of the fastest-growing privately owned businesses in the region that continue to make significant contributions to the strength of the regional economy. Each year, the program identifies the top-performing companies in revenue growth and total revenue. Last year, total-revenue winners combined for more than $750 million in revenues, with 25% of these winners exceeding revenues of $40 million. All winners in the revenue-growth category had growth in excess of 13%, while one-quarter of the top 30 companies experienced growth in excess of 75%. To be considered, companies must be independently and privately owned, be based in Hampden or Hampshire county or be a member of the Springfield Regional Chamber, produce revenues of at least $1 million in the past fiscal year, and be in business for at least three full years. Companies are selected based on their percentage of revenue growth over a full three-year period or total revenues for the latest fiscal year. Companies may be nominated by financial institutions, attorneys, accountants, or be self-nominated, and must submit a nomination form and provide net-operating-revenue figures for the last three full fiscal years, signed and verified by an independent auditor. All financial information must be reported under generally accepted accounting principles and will be held and considered confidential and not released without prior approval. Nomination forms are available by contacting Grace Szydziak at [email protected] or (413) 755-1310. Nominations must be submitted no later than Aug. 2. The Super 60 awards will be presented at the annual luncheon and recognition program on Oct. 25 from 11:30 a.m. to 1:30 p.m. at Chez Josef in Agawam.

BOSTON — Massachusetts municipal utilities are leading the way in integrating carbon-free technologies into their power portfolios, contributing significantly to achievement of the Commonwealth’s energy goals, according to speakers at a State House event sponsored by the Massachusetts Municipal Wholesale Electric Company (MMWEC), the joint action agency for Massachusetts municipal utilities. Approximately 14% of electric consumers in the state are served by municipal light plants (MLPs), a valuable part of the electric-utility industry that deliver low-cost, reliable electric service to consumers. MLPs are nonprofit and owned by the people they serve. Locally appointed or elected boards of commissioners maintain decision-making authority for each light department. MMWEC CEO Ronald DeCurzio outlined the clean-energy projects included in the MLP portfolios, dating back to the 1984 construction of a 40-kilowatt wind project built by the Princeton municipal utility. “Municipal utilities have been at the forefront of the carbon-free energy movement for some time,” he said. “MLPs have recognized trends and implemented emerging technologies in an efficient, economic manner in the best interest of their customers.” In just a few weeks, a new municipal-utility wind project will commence commercial operation. Phase two of the Berkshire Wind Power Project in Hancock will add 4.6 megawatts (MW) to the existing 15-MW wind farm. The project, the second-largest wind farm in Massachusetts, is owned by a cooperative consisting of 16 municipal utilities and MMWEC. By the end of 2019, MMWEC member utilities will have 67.8 MW of wind generation, 48 MW of solar, and 26.2 MW of energy storage — nearly 15% of the 2020 target of 200 MW of storage in place in Massachusetts. Three of MMWEC’s members utilized a total of $1.64 million in grants through the Advancing Commonwealth Energy Storage initiative, a coordinated effort between the Massachusetts Clean Energy Center and the state Department of Energy Resources, to fund their energy-storage projects. A fourth municipal utility took advantage of declining energy storage costs to install an energy-storage system without the help of state grants or federal tax incentives, a first among municipal utilities in Massachusetts.

HOLYOKE – College students of Hispanic heritage from Holyoke will benefit from new scholarships established at both Westfield State University (WSU) and Holyoke Community College (HCC), thanks to $100,000 gifts to each institution from Victor and Mariellen Quillard. Victor Quillard, a retired president of Hampden Bank, and his wife, Mariellen, are both Holyoke natives, and their gifts aim to support Hispanic residents from Holyoke who are pursuing their college degrees. The $100,000 donations were given to the Westfield State Foundation and the Holyoke Community College Foundation, the nonprofit fundraising corporations of each institution. The gifts will establish two new endowed scholarships in the Quillards’ name. The Victor E. and Mariellen Quillard Scholarship at HCC gives preference to Holyoke residents of Hispanic heritage who have completed a minimum of 12 credits and maintain a minimum GPA of 2.75. The Victor and Mariellen Quillard Scholarship at WSU gives preference to Holyoke residents of Hispanic heritage who transfer from HCC to Westfield State and have a minimum GPA of 2.75. Westfield State University President Ramon Torrecilha noted that “these significant monies will support the university’s goals to offer an accessible and affordable education while supporting its commitment to a diverse and welcoming community.”

SPRINGFIELD — The National Association of Watch and Clock Collectors (NAWCC) staged its national convention in Western Mass. — 39 years after its last such event in New England. The convention, which took place at the Eastern States Exposition on June 27-30, featured products for purchase along with raffles, lectures, and contests. The group was brought to Western Mass. by the Greater Springfield Convention and Visitors Bureau (GSCVB). The economic impact is estimated at $2,543,423, which includes hotel rooms, meals, and other costs associated with the convention. “The convention is unique to New England because the first clocks and watches were produced in New England in the 1700s,” said Alicia Szenda, director of Sales at the GSCVB. “This convention is all about clocks, watches, the tools used in making and repairing them, sundials, barometers, and ephemera. Members of the group share a common interest in collecting, buying, selling, trading, repairing, restoring, and studying the science of time.”

BOSTON —  The state’s May total unemployment rate is up one-tenth of a percentage point at 3.0%, the Executive Office of Labor and Workforce Development announced. The Bureau of Labor Statistics’ (BLS) preliminary job estimates indicate Massachusetts lost 3,600 jobs in May. Over the month, the private sector lost 4,000 jobs, although gains occurred in professional, scientific, and business services; information; and manufacturing sectors. The jobs level in ‘other services’ remained unchanged over the month. Government added jobs over the month. From May 2018 to May 2019, BLS estimates Massachusetts added 26,700 jobs. The May unemployment rate was six-tenths of a percentage point lower than the national rate of 3.6 percent reported by the Bureau of Labor Statistics. “Massachusetts continues to experience a strong economy with a low unemployment rate of 3.0% percent and over 60,000 more employed residents and 17,500 fewer unemployed residents in the last year. Also, the Commonwealth’s labor force participation rate remains at a near 15-year high and is 5 points above the U.S. rate,” Labor and Workforce Development Secretary Rosalin Acosta said. The labor force increased by 600 from 3,840,400 in April, as 1,100 fewer residents were employed and 1,700 more residents were unemployed over the month.

Unify Against Bullying to Award Record $20,000 in Grants

SPRINGFIELD — Unify Against Bullying’s 2019 online grant applications are now open. All applications are due to be submitted by Aug. 14. Unify also announced it has increased the amount it is awarding this year to $20,000 — a record amount for the organization. Grant applications are available at unifyagainstbullying.org. “One of our key goals is to inspire youth of all ages to participate,” Executive Director Christine Maiwald said. “It’s our job to give life to their ideas. They know best how we can bring an end to bullying. Additionally, we are in search of parents, teachers, and community leaders who would like to help us end this epidemic. All are encouraged to apply.” To date, Unify has awarded 27 grants to students and others who have helped lead anti-bullying efforts in their schools and communities. All programs have been dedicated to anti-bullying education and furthering the Unify mission: to bring an end to bullying through the celebration of true diversity. “To encourage youth participation, the grant application process has been made very easy,” Maiwald said. “It’s a single-page form which can be filled out in a matter of minutes.” The organization has a committee of volunteers who select the initiatives which best reflect and advance their mission. “This is the fourth year that Unify will be awarding grants,” Maiwald said. “We’ve come a long way from our first year, when we were only able to provide $3,500 in grants. Although it was a modest start, it was the beginning of something very special.” Unify Against Bullying is a tax-exempt organization dedicated to bringing an end to bullying through the celebration of true diversity. To achieve this mission, Unify provides grants to students, teachers, parents, and community leaders dedicated to bringing an end to bullying. One of Unify’s core missions is to inspire youth of all ages and ignite their ideas on how to prevent or reduce bullying. Unify’s high-school students attend events and help educate their communities on the different resources available. The organization also coordinates programs where high-school students educate their younger peers on the value of celebrating each other’s differences. 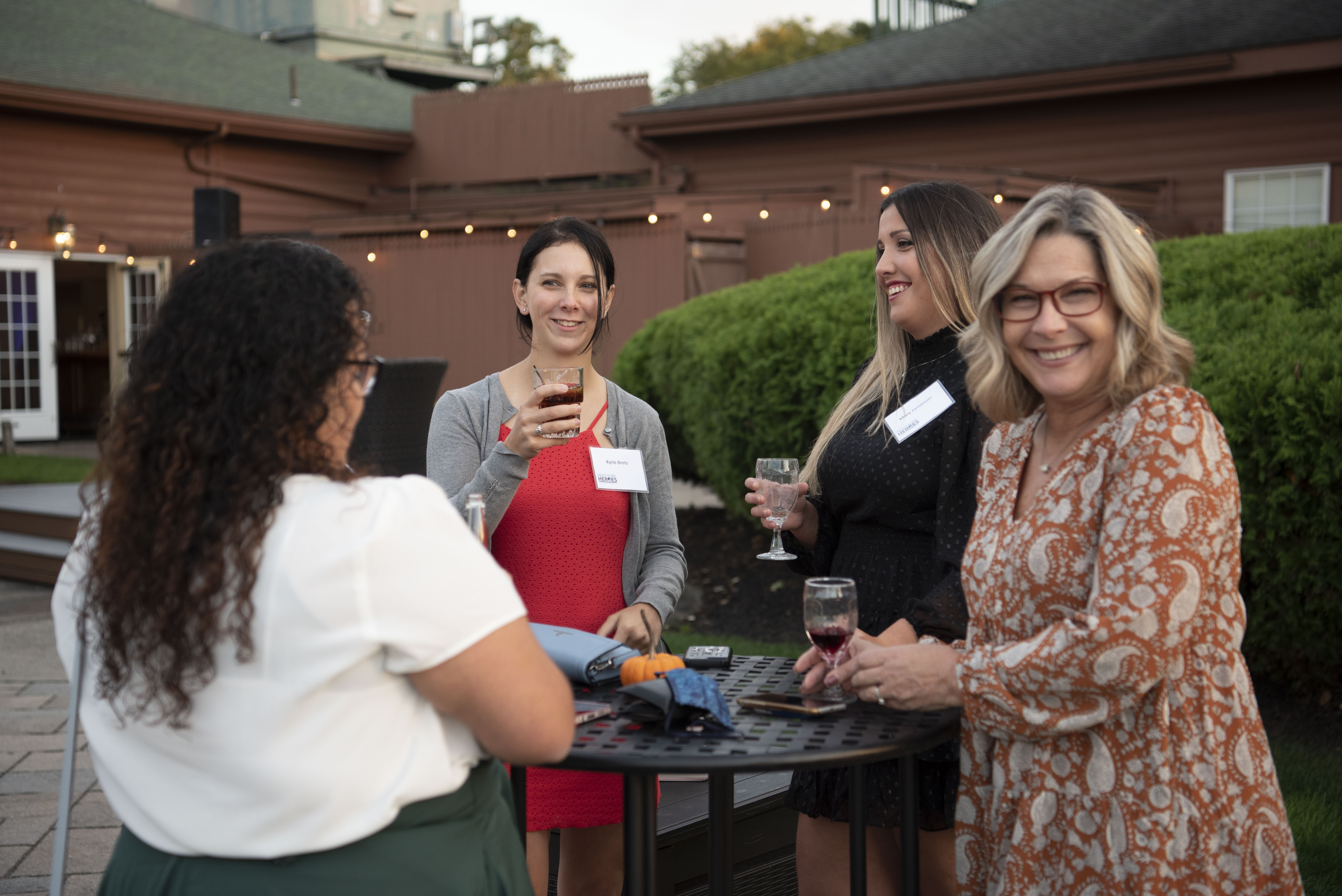 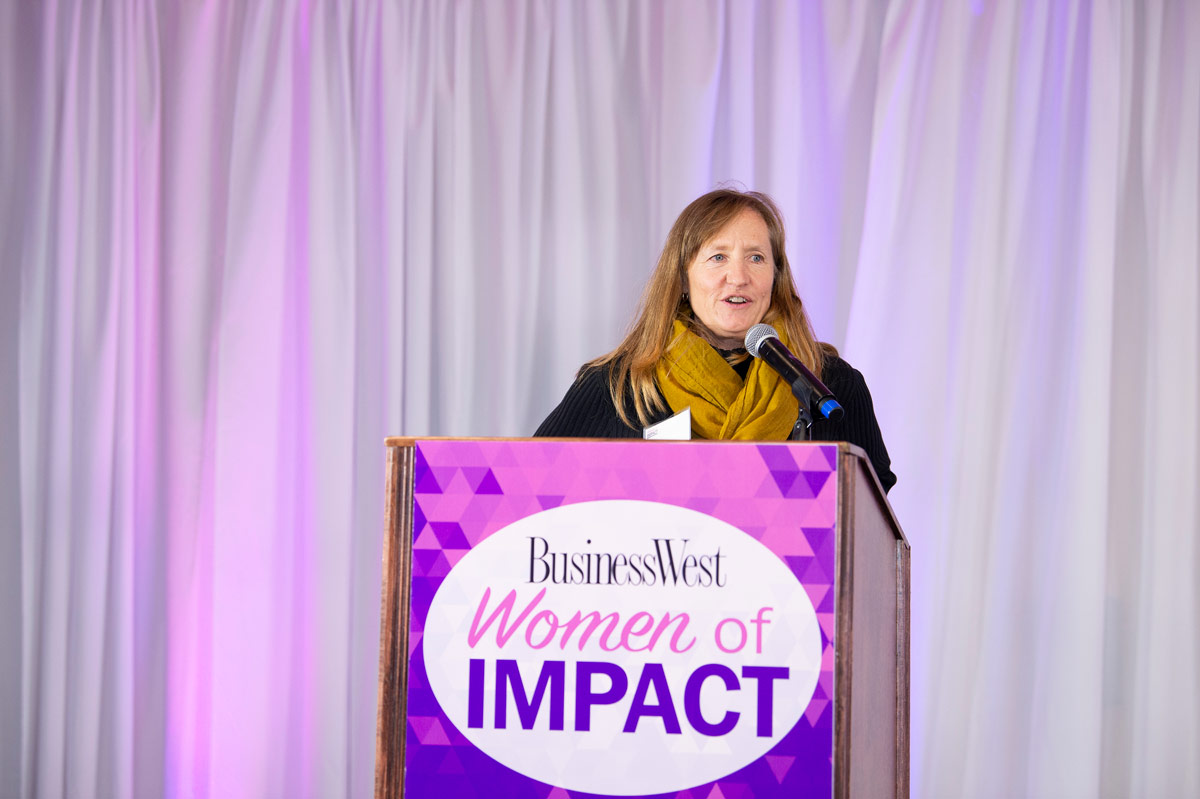