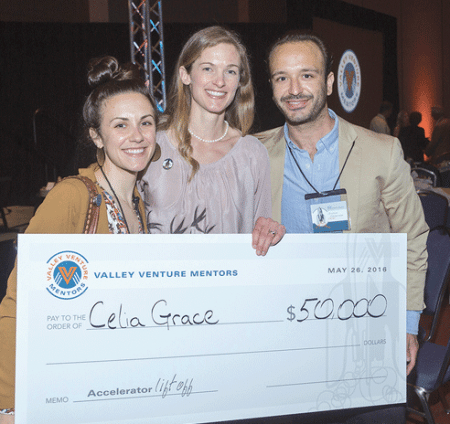 Marcelia Muehlke had no intention of downplaying the money — and certainly didn’t; she has all kinds of plans for it, as we’ll see later — but told BusinessWest she came away from Valley Venture Mentors’ second accelerator program with advice and direction that might soon prove far more valuable than the $50,000 top prize she took home.

Elaborating, Muehlke said she has enjoyed steady growth with her fair-trade wedding-dress business through what amounts to gut assessments concerning her intended audiences, what they want and need, and how to deliver those things. Paraphrasing as she sliced through several weeks of accelerator boot-camp-like programming, Muehlke noted that those advising her made it clear that this wasn’t good enough.

Instead, they told her she needed to drill deeper, ask pointed questions, and gather some hard data that would help sharpen the company’s focus and … well, accelerate the process of getting to the proverbial next level.

She did just that and came away with some results that were eye-opening, thought-provoking, and action-inducing.

“The questions were very simple, but very important,” she explained, using language common among those who take part in the accelerator experience. “‘Who is your customer?’ ‘What does she want?’ ‘What is she willing to pay?’ I knew these things, but certainly not to the level I do now.

“I had a gut feeling on those things,” she went on. “But through the accelerator, I interviewed and surveyed more than 100 brides and got demographic information, insight into how they found us, and specific feedback on different aspects of the brand and our dresses. We went from a gut feeling about who our bride was to a really detailed picture of exactly who she is and what she’s looking for, what we do well for her, and what we can do better.”

When asked to elaborate, Muehlke said she and her team have learned everything from the fact that 65% of sales come from five of the more than a dozen styles now offered, to solid proof that, in addition to ethical production methods, the company’s customers are looking for style, fit, and a great price.

“I had always thought that the fabric was really important, whether it was silk or polyester or cotton,” she told BusinessWest. “It turns out that it’s less important than those other three factors.”

With this information, the company is using it in important ways, she said, noting as one example the use of cotton, rather than silk, for the middle layer of some of the dresses, bringing the price down several hundred dollars.

“By switching out that middle layer on some dresses, we’ve been able to narrow our price range,” she explained, “and that works well for our customer.”

Backing up a little, Muehlke said she sought, and eventually earned, inclusion in the second accelerator class to do what most entrepreneurs wearing many hats certainly struggle to do — take a step back and work on the business instead of in it — while also gaining some structured support.

“I needed people asking the right questions,” she told BusinessWest, “and giving me the tools and time to answer them, so I can figure out strategically what direction I should point my business in and what changes I need to make so I can grow exponentially.”

Elaborating, she said the accelerator process more or less forced her to look back at what’s transpired to date, but, more importantly, to look ahead as well — toward goals, such as the next one (tripling the current annual sales volume of roughly $100,000) and what it will take to get there.

And this takes us back to that cash prize. Muehlke intends to certainly stretch those dollars and put them to work in several ways.

Primarily, though, she wants to use the money to drive more traffic to her website, because once a bride to be arrives there, Muehlke believes she has a better than decent chance of turning her into a customer.

She calls this the “capture-and-sell” process, noting that the first part of that equation, as that word ‘capture’ indicates, involves gaining important information about the bride. The second part involves providing value-added items such as wedding advice and tips that convey expertise in the field and help gain the bride’s interest — and trust.

“Every week, we stay top of mind with them,” she said of this process, “because, with a wedding, it’s usually a one-time customer, and there’s a fairly narrow window when they make their decision. So we want to be the brand they think of when they’re finally ready to go looking for a wedding dress or buy their wedding dress.”

Getting more specific, she said a good deal of the money will be going toward strategic Facebook advertising (which has historically yielded a very high return on investment for the company) to direct potential customers to its wholesale shops and also back to the website.

There will be efforts to scale up other forms of social-media advertising, she went on, listing everything from Pinterest to Google Adwords, as well as greater participation in an emerging genre known as ‘alternative bridal shows’ and work to open up markets in Europe.

The strategy with these various initiatives will be to test small, make good decisions, and then go big, she said, adding that this is something else she took away from the accelerator process — in addition to that big cardboard check. 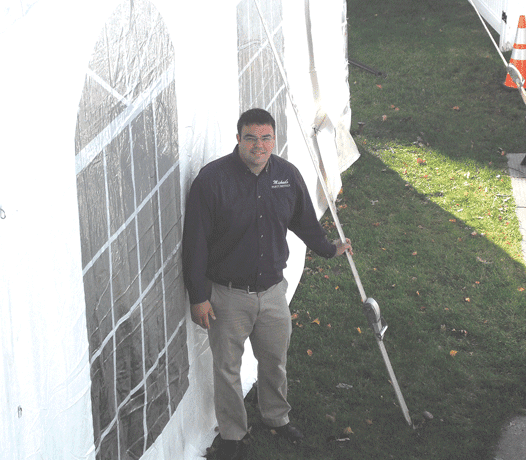 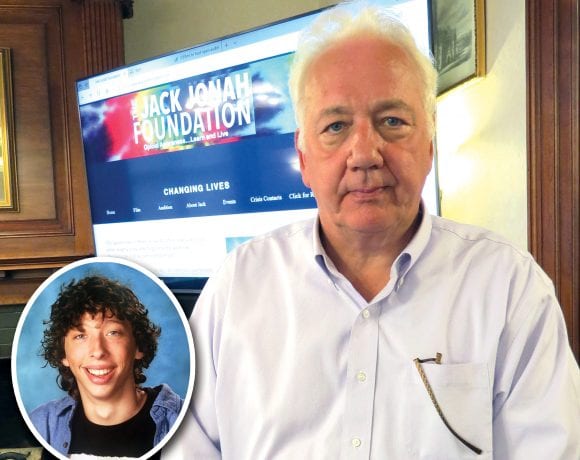 That’s the Mission of the Jack Jonah Foundation