Vann Group Launches Simply Booked
SPRINGFIELD — The Vann Group recently launched Simply Booked, an affordable, easy-to-use, outsourced bookkeeping service that combines the benefits of an online service with the expertise of a dedicated accountant. The firm has two locations, on Worcester Street in Springfield and at 10 Post Office Square in Boston. For more information, visit www.simply-booked.com.

Gravity Switch Develops iBracket for iPad
NORTHAMPTON — Gravity Switch, a Web, iPhone, and iPad development firm, has developed the first wall bracket for the iPad, the iBracket. The iBracket fills the need for a wall-mounting system for Apple’s iPad and doubles as a means for a cost-effective Internet-enabled kiosk. The firm has worked closely with LB Manufacturing in Chesterfield from the beginning to produce the iBracket, which comes in a variety of colors and finishes and offers various features. The iBracket is being built to order and takes approximately two weeks from order to delivery. Customers have already included Powerhouse Entertainment, the Bruce Museum in Greenwich, Conn., and the Asian Art Museum in San Francisco, Calif., which are showcasing the iBracket/iPad combination. For more information, visit www.gravityswitch.com.

Berkshire Hills Reports Solid Fourth Quarter
PITTSFIELD — Berkshire Hills Bancorp Inc. recently reported another solid quarter of earnings growth and strong asset-quality metrics, according to a statement by Michael Daly, president and CEO. Core earnings per share reached $0.28 in the fourth quarter of 2010, representing growth of 12% over third-quarter results. Asset-quality trends continued to improve, and the loan-loss provision covered net charge-offs. For the quarter, GAAP earnings per share were $0.26, which included approximately $0.4 million in non-core charges relating to bank acquisitions. Core and GAAP earnings for the fourth quarter were $3.9 million and $3.6 million, respectively. For the year in 2010, core earnings per share were $1.01, while GAAP earnings per share were $0.99. The board of directors maintained the cash dividend on Berkshire’s common stock, declaring a dividend of $0.16 per share to stockholders of record at the close of business on Feb. 10, 2011, payable on Feb. 24, 2011. The $0.64 full-year dividend in 2010 provided a 3.3% yield based on the average closing price of Berkshire’s common stock in 2010.
Colebrook Brokers Lease Renewal to HNE
SPRINGFIELD — Colebrook Realty Services Inc. recently brokered the long-term lease renewal of tenant Health New England Inc. (HNE) at One Monarch Place. HNE leased in excess of 51,000 square feet on three floors of the Class A office tower. Prior to the extension, HNE had been a tenant of One Monarch Place for 17 years. Colebrook principals B. John Dill and Mitch Bolotin represented HNE in the transaction. Headquartered in the city, HNE is a health maintenance organization serving select counties in Western Mass. Robert Kosior, vice president and chief financial officer of HNE, said the firm wanted to stay in its current space “because we are committed to supporting the downtown area.” He noted that Colebrook was instrumental in negotiating a cost-effective lease for HNE.

Lowell Named President
of Monson Savings
MONSON — Steven Lowell has been selected by the board of trustees of Monson Savings Bank to succeed as bank president Roland Desrochers, who announced his intentions to retire in mid-2011. Lowell has served as executive vice president and chief operating officer for Cape Cod Cooperative Bank for 10 years. He has been with Cape Cod Cooperative Bank for 15 years and has more than 30 years of banking experience. Lowell was chosen for the new post based on his “outstanding leadership, strategic planning, team building, and sales-management skills,” according to a statement by Desrochers. While at Cape Cod Cooperative Bank, Lowell oversaw planned deposit growth from $145 million to more than $400 million and helped to grow assets from $150 million to $580 million. The Monson Savings Bank trustees were also impressed by Lowell’s strong community commitment and long list of charitable and volunteer engagements, as community involvement is an important part of the bank’s core values. Lowell will join Monson Savings on Feb. 14 and will be elected president in March. At that time, Desrochers will become CEO and will oversee the transition and work full-time in an advisory capacity through June. During Desrochers’ tenure at Monson Savings, the bank opened branches in Hampden and Wilbraham, added a Loan Center, built a commercial-lending operation, added financial-advisory services, increased community giving, and grew from $80 million to $236 million in assets while at the same time improving its capital position and financial stability.
O’Connell Care at Home Opens Hadley Office
HADLEY — O’Connell Care at Home and Healthcare Staffing, based in Holyoke, has opened a satellite office at Hadley Crossing Plaza. The new office will provide the residents and business community of Hampshire County with better access to the company’s services, according to Fran O’Connell, president and founder. O’Connell noted that the company’s goal has always been to help ensure that elders can live in comfort and dignity in their home. O’Connell added that the team focuses on the complete needs of the individual, be they physical, mental, or spiritual. O’Connell’s offers skilled nursing and rehab services; personal-care, homemaker, and companion services; geriatric care management; and transportation. In addition, the company offers area health care providers with staffing services, including temporary, temp-to-hire, and direct hire. For more information, visit www.opns.com.

WMA Launches Tuition Affordability Initiative
WILBRAHAM — Wilbraham & Monson Academy (WMA) recently announced an ‘affordability initiative’ for the WMA Middle School, grades 6 through 8, to make private, independent education more accessible to families by saving students and their families up to $11,000 a year in tuition. Current annual tuition for the middle school at WMA is $25,000. Under the new initiative, the school’s new grade 6 tuition would be $14,000 annually, an $11,000 savings. Grade 7 tuition will be reduced to $15,000, a $10,000 savings, and grade 8 tuition will decrease to $16,000, a $9,000 savings. This initiative applies to all current and incoming students. WMA Middle School enrollment is limited to 75, broken down into classes with a maximum of 15 students — one grade 6 class, two in grade 7, and two in grade 8. WMA Head of School Rodney LaBrecque noted in a statement that, “given the importance of education in an increasingly competitive world and the economic pressures many families are facing today, the academy’s board of trustees felt it was timely to launch this initiative and make this scholarship universally available to middle-school students, making our unique education available to more families.” Starting with the 2011-12 academic year, the board will provide support to all middle-school families. For more information about WMA and the admission process, visit www.wma.us and click on the middle-school blog.

Tighe & Bond Survey: Water, Sewer Rates Rising
WESTFIELD — The results from Tighe & Bond’s recently published 2010 water and sewer rate surveys for communities in Massachusetts indicate that residential users pay approximately $470 and $638 annually for water and sewer, respectively. This represents increases of 10.3% and 9.2% above the averages reported in the 2009 surveys. For more than a decade, Tighe & Bond has gathered and reported data on water- and sewer-rate service in the state. Using rate information that survey participants provide, they calculate the annual average homeowner’s cost for water and sewer service based on the consumption of 90,000 gallons or 120 cubic feet of water. The survey, which includes typical annual homeowner water costs for each community in Massachusetts, also provides information regarding rate structures, billing cycles, and seasonal rates. The surveys offer municipalities and private suppliers a benchmarking tool for comparing their rates against other suppliers in the state. The survey results are available to the public online at rates.tighebond.com.

Stevens 470 Develops Brand for Milana Gourmet Collection
WESTFIELD — Rao’s Coffee Roasting Co. recruited Stevens 470 to conduct market research and develop the brand identity for a new food offering, the Milana Gourmet Collection. Rao’s touts its “exceptional coffees and teas” and wanted to create a food collection that met its same high-quality standards. The coffees, teas, syrups, preserves, chocolates, and additional food items were developed to provide a diversified selection to the retail gift market. Stevens 470 designed the retail packaging for more than 70 products and managed the printing of labels and packaging. Wholesale order materials and an e-commerce Web site were also developed for the launch of the new product line. For more information on the products, visit www.milanagourmet.com.

MassMutual, Money Coach Team Up to Motivate Younger Plan Participants
SPRINGFIELD — MassMutual’s Retirement Services Division has joined forces with Farnoosh Torabi, independent Generation Y money coach, to help connect with younger plan participants and inspire them to take a more active role in planning and saving for retirement. While the alliance is meant to benefit participants of all ages in retirement plans administered by MassMutual, the company hopes to motivate Gen Y in particular to understand the value of starting early to plan and save for retirement. Through online seminars, online video, social-media interactions, and live speaking events, Torabi hopes to get participants on a solid path toward retirement readiness. MassMutual created this program to address the findings of its own participant research as well as industry data. A recent industry analysis by Financial Engines, an independent investment adviser, indicates that 53% of retirement-plan participants under age 30 do not save enough to receive the full employer match. For more information, visit www.massmutual.com.

Perigee Launches
Supper Clubs
LEE — In the 1920s and ’30s, supper clubs were destinations that offered dinner, dancing, and entertainment into the wee hours of the night. Perigee Restaurant is honoring the dinner and dancing hotspots of the past with its own rendition this winter. Owner Dawn LaRochelle noted that the evenings will take their cues from the clubs and speakeasies of days gone by. The prix fixe menu will reflect Perigee’s Berkshire Cuisine theme, using locally sourced ingredients whenever possible. For more information, visit www.perigee-restaurant.com/dinner-dancing.html. 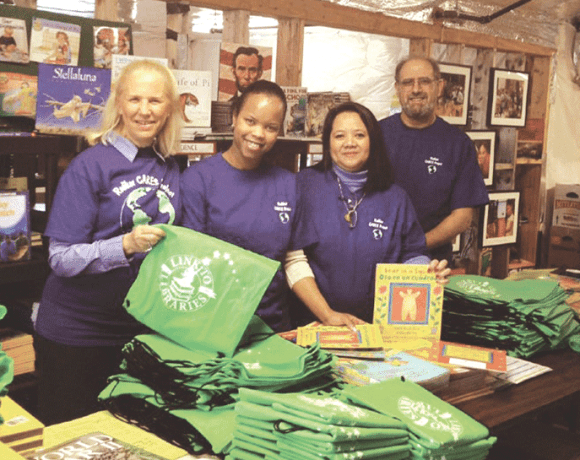