Michele Campbell-Langford says the Leadership Institute has helped her identify strengths, weaknesses — and areas in need of “tweaking.”

Keith McKittrick remembers one of the exercises in teamwork. His group, like the others in this particular session of the 2005 Leadership Institute, was hiking the Appalachian Trail (figuratively) when its most experienced hiker was attacked by a bear and seriously injured.

"We were presented with a number of options," said McKittrick, associate dean for Development and Law Alumni Relations at Western New England College (WNEC), "and essentially told to devise the best game plan.

"As it worked out, we all made better decisions in groups than we did individually," he continued, noting that he originally wanted to send some people ahead to get help, while the team decided it was best to carry the wounded member out together. "What we learned is that is it’s important to get input from people and make decisions together."

This was one of the many lessons imparted during the seven sessions of the Institute, a program created by the Affiliated Chambers of Commerce and conducted in partnership with WNEC. The Institute’s course of study was designed to groom the region’s next generation of business leaders andcommunity activists. The Class of 2005 graduated on April 5 and thus joineda list of about 900 area business and civic leaders who have taken part in the program since it was initiated in 1976.

Back then, the program’s primary focus was stressing the importance of community service, said Anthony Chelte, a professor of Management at WNEC, and Leadership Institute session facilitator.

And while that remains a key consideration, the program has expanded its mission to provide participants with lessons in leadership that will benefit their company or non-profit group.

"We want people to leave the program with skills and insight that they can bring back to their organization," he said. "At the same time, we’re emphasizing the value of giving back to the community in which they live and work."

By doing so, the Institute is helping a wide range of area businesses and non-profit agencies cultivate leaders who will follow those currently managing those organizations, said Russell Denver, president of the Affiliated Chambers of Commerce of Greater Springfield (ACCGS), who graduated from the Institute in 1989, when he was working as a staffer for what was then the Springfield chamber. He told BusinessWest that, 16 years later, he still recalls the tone and the direction of the program.

"I remember that they made it abundantly clear that it is important for people in business to become involved in the community," he said. "That’s something that’s stayed with me."

Many different kinds of lessons have stayed with program participants over the years  a list that includes several judges, school principals, and elected officials including U.S. Congressman Richard Neal. BusinessWest looks this month at how the Institute has met its mission, and why that work is important to the Pioneer Valley.

Michele Campbell-Langford also remembers the hiking-the-Appalachian-Trail exercise. Like McKittrick, she said it gave her a new perspective on the art of decision-making and the dynamics of working within a team.

"The Institute helped me realize what kind of leader I am," said Campbell-Langford, an assistant principal at the Rebecca Johnson School in Springfield’s Mason Square area. "I realized that I’m fairly compassionate, but firm when I need to be firm. I learned that, in a group dynamic, it’s not always good to have people that are the same; when you have different leadership styles, you bring different interpretations to whatever situation you’re looking at."

Campbell-Langford told BusinessWest that the Institute helped her identify her strengths and weaknesses and the need to exploit the former and work on the latter. "I found out what I needed to tweak," she said.

Such learning experiences are what the creators of the Institute had in mind, said Chelte, noting that the program has historically had three main goals: leadership development, cultivating volunteers to serve on boards for area non-profit organizations, and enhancing the visibility of both the Chamber and the college. Each of those has been met, he said, adding that the Institute has helped forge a strong partnership between the college and the business community, while imparting lessons in effective leadership on two generations of Springfield area business people.

WNEC became involved in 1981, after Stanley Kowalski, dean of the School of Business, participated in the program and saw its many benefits for students and the community as well.

About 30 individuals attend the Institute each year, said Chelte, noting that participants are nominated by representatives of their companies or non-profits. Students range in age from their early 20s to their late 50s, but most would be considered younger professionals. Many area companies have sent a number of individuals through the program. That list includes MassMutual, Baystate Health System, Western Mass Electric Co., and several banks, colleges, law firms, and accounting firms. Non-profit groups represented this year include the New North Citizens Council, which had three participants, SAGE, and the Springfield School System.

The broad goal of the Institute is to leave people with practical lessons they can apply to their everyday work and life situations, said Nancy Creed, member of the Class of 2000, who told BusinessWest that there have been many opportunities to apply what she absorbed.

"I use a lot of what I learned," she said, adding that she participated while serving as communications director for the ACCGS "It taught me a lot about team building and my personal learning style and how that interacts with other people and the way they communicate and work together.

"As for my learning style, I learned that I need to do it; if I’m putting a bike together, I won’t read the instructions  I’ll just put it together and when I’m done I’ll see if it came out right," she continued. "But if I know that someone I’m on a team with has a different style, where they need to read those directions, I’m very cognizant of that and won’t impose my style on them; I’d say, ’you read the instructions and I’ll put it together.’"

Creed served on the planning committee for the next session of the Institute after her graduation, and in that role she helped usher in a slight change in overall focus.

"When I went though the program, it was more focused on volunteerism, and there was a whole section on being on boards and what boards are looking for in members," she said, adding that the Institute has moved away from that strategy because most participants are already involved in the community. "So the Institute has really gone on to the next level, which is preparing the next business leaders of Greater Springfield."

Tony Chelte will be leaving WNEC after the current semester ends.

He’s taking on a new challenge, as dean of the College of Business Administration at Midwestern State University in Wichita Falls, Texas. He says he’ll miss many things about the Pioneer Valley, including the Leadership Institute, which he considers one of his career high points.

"I’ve taken a lot from the program," he said, "and I think it has made the local community stronger. Overall, it’s been an incredibly rewarding experience."

If asked, the Institute’s 900 graduates would say the same thing. 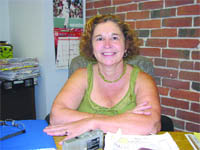 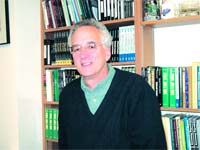