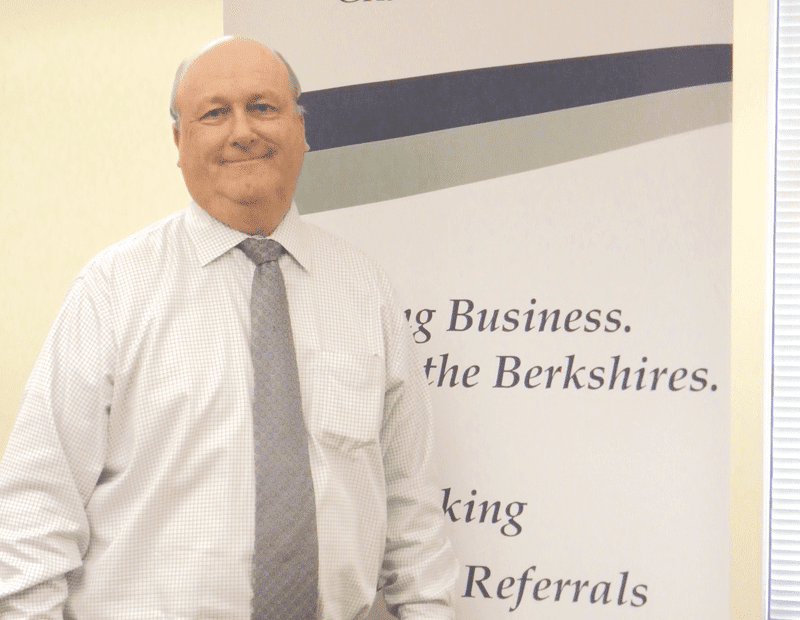 The ‘City in the Country’ Is Turning Some Heads 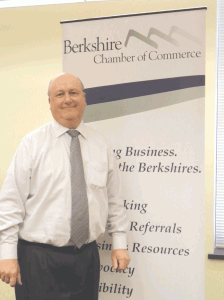 Michael Supranowicz says the Berkshires offer quality of life, good schools and colleges, and plenty to do after work, among other draws.

Michael Supranowicz says the business community in the Berkshires is vibrant and alive.
“Pittsfield had a $21 million increase in retail sales from 2008 to 2009. It was one of only three cities in the state with an increase, so we know we are attracting people and something is happening here,” said the president and CEO of the Berkshire Chamber of Commerce.
The region contains about 30 towns and cities, with commercial hubs in Pittsfield, Lee, and Great Barrington. These communities boast residential and business space that is lower in cost than other, larger cities in the Northeast, said Supranowicz, with plenty of opportunity for growth.
Deanna Ruffer, Pittsfield’s community development director, agreed. “We are the city in the country. That characterizes not only what we offer businesses but what we have for all those who come here as a destination for health care, legal activities, shopping, and more.”
During the past five years, Pittsfield, which is a short distance from the Mass Turnpike, has concentrated its efforts on becoming a cultural and entertainment destination.
The historic Colonial Theater reopened about five years ago after a comprehensive restoration, and the Barrington Stage Company moved to Pittsfield from Great Barrington, investing millions into renovating an old theater. The two attractions draw at least 100,000 people a year, Ruffer said. In addition, a six-screen movie theater opened a year ago behind the façade of a historic building.
“We have it all and are known to be very pro-business. Recently, the mayor approached the vice president of General Dynamics and helped them get a Navy contract which will create 500 new jobs,” she said.
There is land available for development in existing buildings as well in the 52-acre William Stanley Business Park, a remediated brownfield site that sits a quarter-mile from downtown. The chamber offers a site locator on its Web page that shows the diversity of properties and buildings available.
“Mayor James Ruberto set a vision for this community to become the best small city in New England, and we are well along the way to accomplishing that,” said Ruffer. “We really have something to offer everyone, and this is a great place to live, work, and play.”

Middle Ground
Richard Vinnette, executive director of the Community Development Corp. in the centrally located town of Lee, calls it “the gateway to the Berkshires.”
Located off Route 2 and boasting a single tax rate, the area has a rich concentration of art, recreation, and cultural venues. “We are right in the middle of what is the quintessential Berkshires. Tanglewood and Jacob’s Pillow are only minutes away, and we are well-positioned to accommodate innovative companies,” he said. “It is a great place to live and do business, and those who do live and work here know that there is no place like the Berkshires.”
There are a number of economic opportunities in Lee with state incentives available to relocate or expand businesses there. Greylock Mill, situated two miles from I-90, is offering both a 17-acre parcel and a 28-acre lot with rail service. Quarry Hill Business Park has a number of lots sized from two to eight acres, while Laurel Mill, which has a building on 15 acres, is also available, as is another six-acre parcel for sale or lease.
“There are a number of real-estate opportunities available to developers; we have a 200-year tradition of skilled manufacturing and innovation that continues today, and we are well-positioned to accommodate innovative companies,” Vinnette said, adding that businesses such as Country Curtains, Boyd Technologies, and Onyx Specialty Papers Inc. have evolved over the years and offer new businesses the chance to form synergestic partnerships.
“We also have wonderful restaurants and shops downtown, plus the 60 brand- name shops at Premium Outlets provide retail diversions,” Vinnette said, explaining that tourists who come to Lee to shop often explore its walking downtown, which “also has a great array of retail shops and restaurants.”
The Community Development Corp. and a private developer recently worked together to create a viable business plan in the downtown area. The CDC is building a 61-car parking lot near the historic Baird-Benton building, while the developer, whose business addresses the needs of college-age students with Asperger’s syndrome, is doing a $3 million renovation to convert the top two floors of the building into office and classroom space for students with special needs.

Southern Exposure
Great Barrington is nestled in the southwestern corner of the state, and its 46 acres are bordered by Connecticut and New York. It is the commercial and cultural hub of the Southern Berkshires and its eight contiguous towns.
Proponents say it has everything that a large city offers, but on a smaller scale, with close to 50 gourmet restaurants, a diverse number of small businesses, the county courthouse, a small hospital, and a large second-home market. The region, with its two ski areas, fall foliage, hiking trails, fishing, and more, attracts a continuous influx of tourists which double its population year-round.
“We have a walking downtown and are a quintessential New England village with a variety of businesses. There are also some tremendous businesses in the area with an international reach,” said Christine Ludwiszewski, chief executive officer of the Southern Berkshire Chamber of Commerce, citing examples that include Sheffield Plastics, Fairview Hospital, and Jane Iredale mineral cosmetics.
“But there are also many small new businesses that have opened recently, including the Magic Fluke, which relocated here on Jan. 1 from New Hartford, Conn. We have a new clothing shop opening on Main Street and a new restaurant, Fiori, on Railroad Street,” she continued. “Our downtown, which is very walkable, has two hardware stores, a half-dozen restaurants, a number of women’s clothing stores, and specialty shops such as a Swedish furniture store. There are also at least three art galleries downtown, so Great Barrington is a great tourist destination and an exciting place to live and shop. We get visitors from Hartford, Albany, New York City, and around the world.”
Great Barrington is also known as a cultural mecca. The historic Mahaiwe Performing Arts Center has undergone $8 million in renovations in recent years and offers concerts, lectures, and films, as well as Broadway plays. “They open here before they go to Broadway; we also have a castle in the middle of town that has been converted to a private school,” Ludwiszewski said.
And although Pittsfield is becoming a haven for artists and culture, “we definitely have a different ambiance, with well-established art galleries, films, and theater,” Ludwiszewski said. Antique shops in the area also bring in many tourists, and since Route 7 is the main downtown throughfare, businesses in that location see a lot of traffic.
The town also has a number of redevelopment projects underway which will provide new office, gallery, and/or loft space for businesses. The former St. James Episcopal Church is being refurbished, and the owner hopes to use it as a wedding and/or music venue. The purchase of the old firehouse was recently approved, and will have space for a café as well as classroom space for students studying culinary arts and woodworking.
Two former schools, which sit on the same piece of downtown property, are also undergoing renovation. Iredale Cosmetics is converting one into office space for its own use, while the other will be transformed into private residences, retail, and office space.
Nearby towns are home to vibrant businesses, and opportunity exists there, Ludwiszewski said. Egremont’s thriving retail shops include a high-end ski clothing store, an antique lighting store, and an Asian antique shop.
“The quality of life is peaceful in the Berkshires,” she continued. “We are surrounded by beautiful scenery, we have excellent schools and health care, and businesses rely on each other to prosper.”
Supranowicz agrees. “When people talk about relocating their business, they want to know what there is for employees to do after work, and we have so many established cultural attractions,” he said. “Plus, there is just such an attractive quality of life here. We have colleges that offer training opportunities so businesses can change as quickly as their customers and a huge second-home market in South County which provides another layer of customers who spend a lot of time and dollars here.
“There is a mix of business in every community,” he concluded. “A lot is happening here.”

What Employers Should Know Entering Year Three of the Pandemic 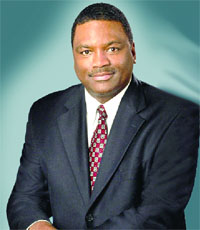