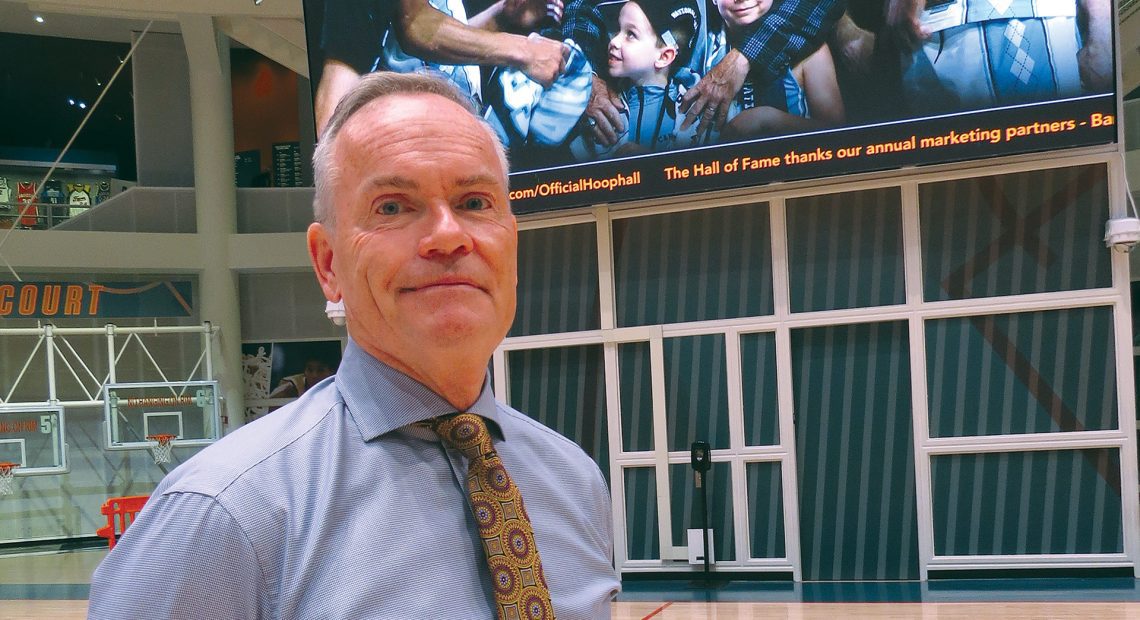 Taking Its Game to a New Level 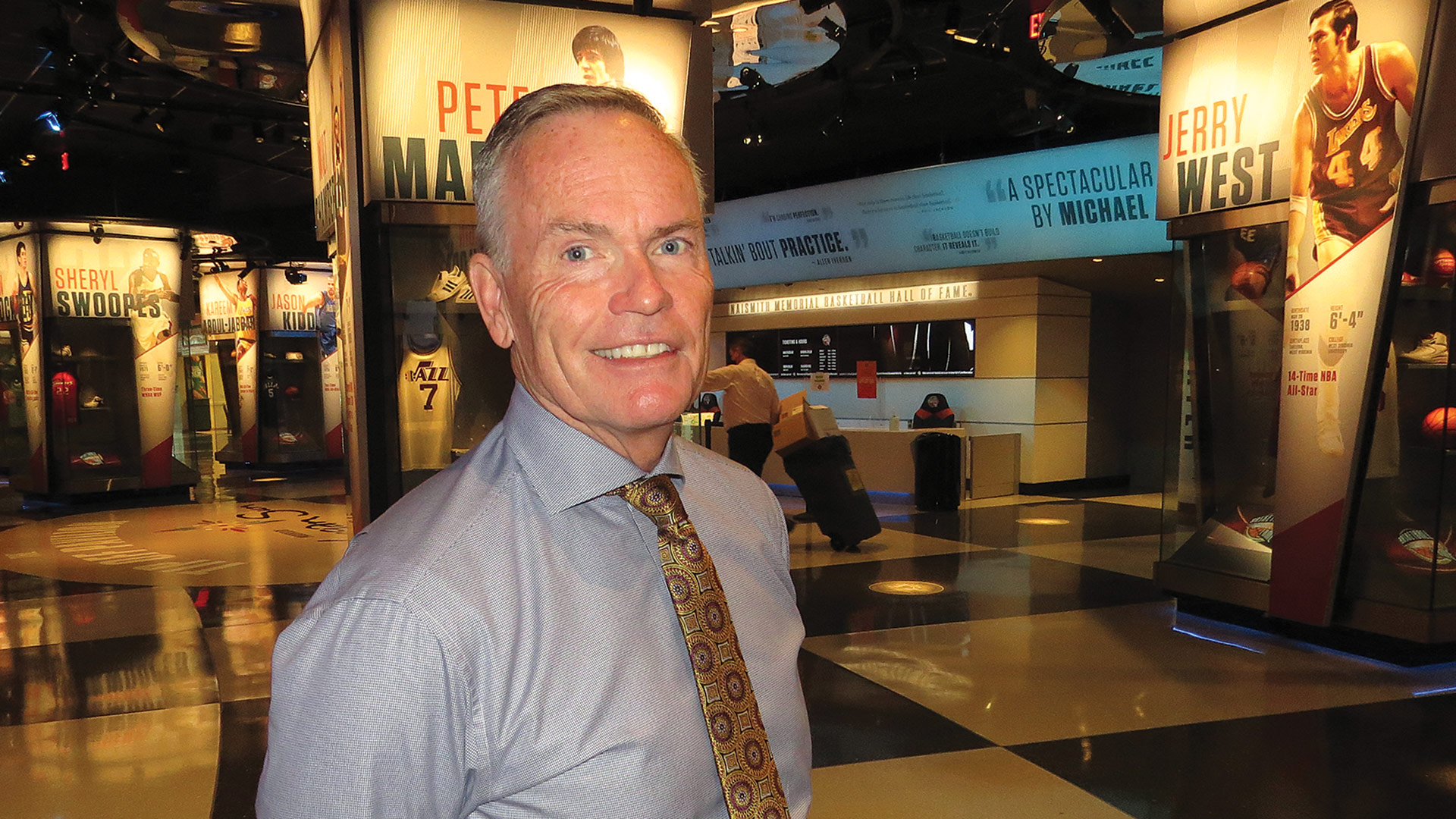 John Doleva says that, when it comes to bar mitzvahs — and probably bat mitzvahs, for that matter — there has always been an informal type of competition among those young people (and their families).

“From what I understand, each bar mitzvah has to outdo the last one that your kid went to,” said Doleva, president and CEO of the Naismith Memorial Basketball Hall of Fame. “And we think we have the right venue to outdo that last one.”

This phenomenon is just one of many factors working in the favor of the Hall as it tries to up its game when it comes to an always-important part of the business plan but one that has never really lived up to all its promise — events. Others include location, the popularity of basketball, and the lure of being in that sport’s shrine.

The biggest of these factors, though, is the refurbished Hall itself. Indeed, as the leadership team at the shrine blueprinted a massive, far-reaching, $25 million renovation of the facility, they did so with the goal of making it a more attractive venue for everything from those bar and bat mitzvahs to weddings; from corporate meetings to memorial services.

“When we the redid the museum, we designed it first to be a great museum experience, but we also looked at every gallery, every presentation, and every interactive with the opportunity to integrate it with someone coming in and doing a corporate fundraiser, a corporate meeting, a wedding, a bar mitzvah, you name it,” he told BusinessWest. “It’s a very important part of our business, and we want to see it grow.”

“You can really be different — it’s a fun environment. We can alter the lighting and do lots of different things. Rather than just the four walls of an institution, you have a special theme here.”

And while COVID-19 is certainly limiting the pace of progress when it comes to this all-important revenue stream in some obvious ways, especially with the emergence of the Delta variant, the early returns on the Hall’s status as an event venue are quite positive, and the outlook for the future — when COVID is far less of a hindrance — is quite bright.

“The facility lends itself to just about any kind of event,” Doleva said. “We’re in a great position to be ‘that place’ when we come out of all this and nonprofits need to have that all-important fundraising dinner or awards ceremony or celebration. I think the Hall of Fame is poised to be a very special place to do that.”

For this issue and its focus on tourism and hospitality, BusinessWest talked with Doleva about the Hall’s efforts to build this side of its business and how it is working to court many different kinds of event planners — literally and figuratively.

Perhaps the best evidence of the Hall’s emergence as an event venue and its promise moving forward, Doleva said, came at the recent induction ceremonies for the class of 2021.

The actual enshrinement festivities took place at the MassMutual Center, but before that, there was a party for roughly 1,000 people at the Hall, one that became a sort of proving ground when it comes to the many steps taken to bring more events to the facilities on West Columbus Avenue. 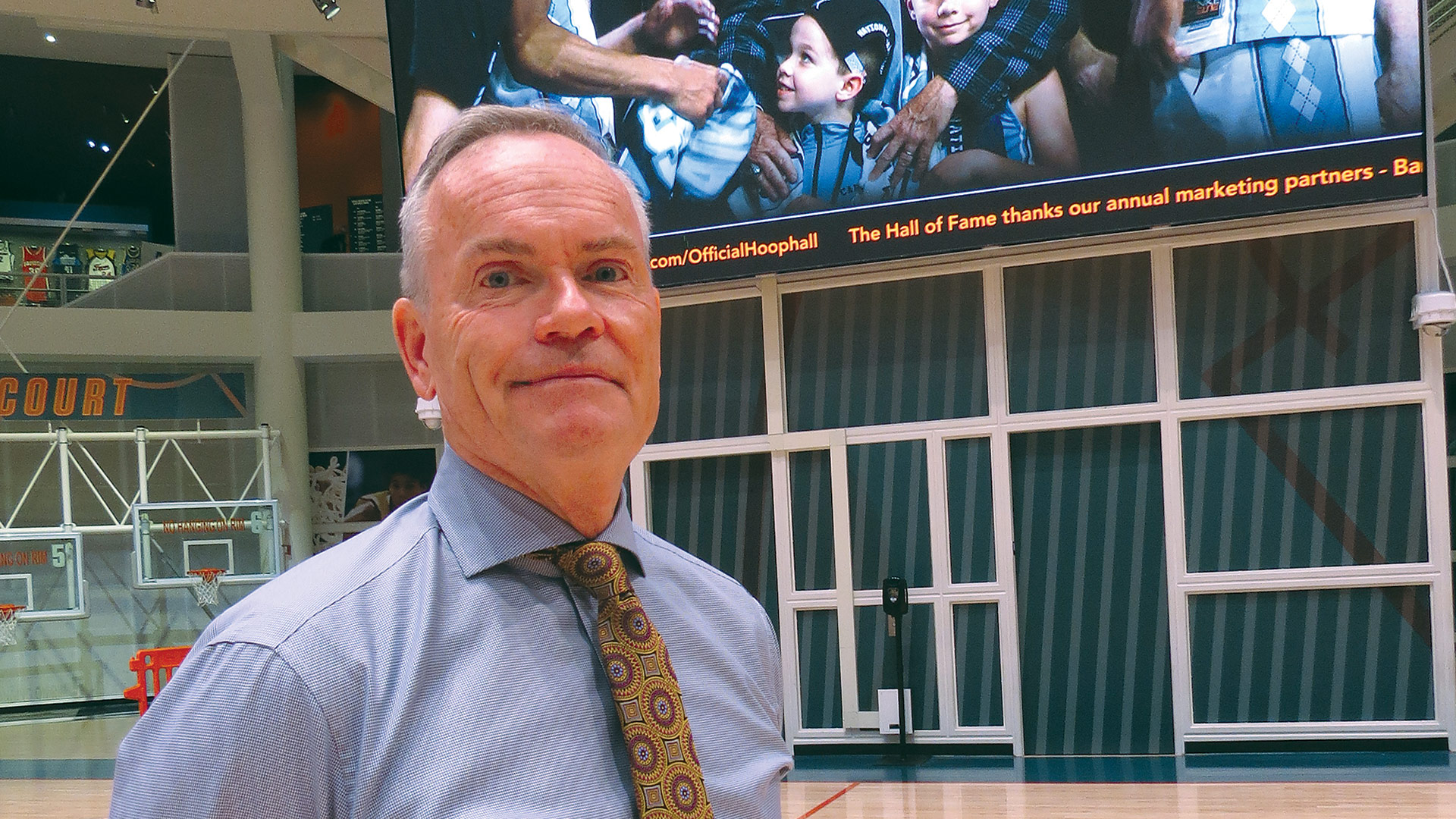 John Doleva stands in Center Court at the Hall of Fame, outfitted with a new 14-by-40-foot video screen.

“We consciously forced people up into the museum rather than being in the lobby and on Center Court, where typically people would be,” he explained. “We wanted to show it off, so we expanded our food and drink offerings up into the museum, and it was a smash hit. It was so great to see everyone in the basketball community enjoying the Hall of Fame, enjoying the technology, the exhibits — just having a great time.

“We actually had a tough time getting people out of here and over to the MassMutual Center for the ceremonies — we had a couple of late buses leaving here,” he went on. “That just underscored the opportunity that we have ahead of us.”

Indeed, the game plan — yes, that’s another sports term — moving forward is to use all the facilities at the Hall, including a new Kobe Bryant exhibit and another new exhibit that enables visitors to virtually become part of TNT’s NBA broadcast crew, to attract a broad array of events.

That list of amenities includes a renovated theater, Center Court with its new 14-by-40-foot screen, the exhibits, catering from Max’s Tavern, and the full package that is now available to businesses, nonprofits, and wedding parties alike.

This is what the leadership team at the Hall had in mind as it blueprinted its renovations — a facility that would be a museum, first and foremost, but also a different kind of event venue.

“We saw the business develop with the old Hall of Fame, before our renovations,” Doleva said. “And we knew, with the redesign and the technology we had, that we could expand that business; with this iteration, it’s by design to be a function venue as well as a great sports-history museum.”

Doleva told BusinessWest that bookings have been solid over the past several months, but COVID has forced some event planners to pause and put some gatherings on hold. He mentioned a local healthcare provider that has rescheduled an event planned for this fall as one example. 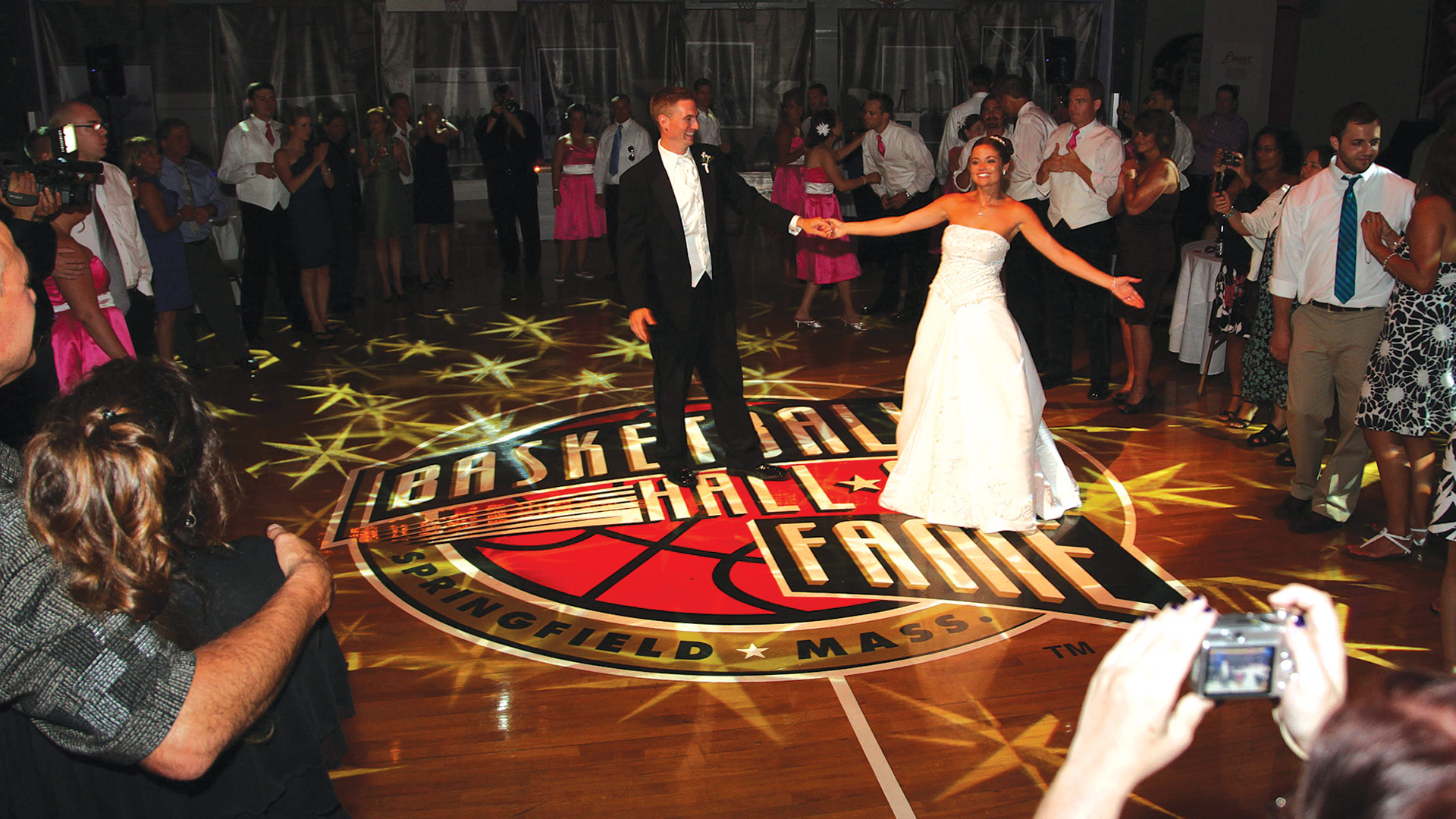 Center Court at the Hall has hosted many types of events, including weddings, and with the recent renovations, the goal is to draw more of these receptions.

But, overall, the outlook is positive as event planners continue their quest for something new and different, even during COVID.

“I see smaller organizations wanting to bring people together, and do it in a different kind of venue that’s uplifting and exciting,” he said. “The Hall of Fame, being all brand-new, is very entertaining for people.”

That goes for wedding parties, he noted, adding that, while the Hall has hosted such receptions for years now — his niece was married there well before the renovations — there is now potential to handle more of them.

“You can really be different — it’s a fun environment,” he noted, adding that wedding parties can be, and often are, introduced in the same manner that NBA players are. “We can alter the lighting and do lots of different things. Rather than just the four walls of an institution, you have a special theme here.”

It’s a theme that resonates with sports fans of all ages and especially young people, he went on, circling back to those bar mitzvahs, which the Hall is booking in ever-growing numbers.

“It’s a wonderful place to have a bar mitzvah because it’s sports-oriented, it’s very friendly for the kids, and there’s lots to do,” Doleva noted. “There’s lots of energy.”

That energy is projected to translate into more bookings, more business, and an overall improved game for what has always been part of the business plan at the Hall, but can now be a much bigger player. 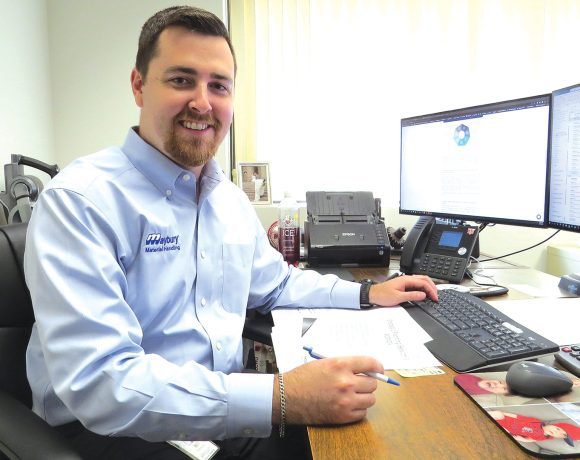 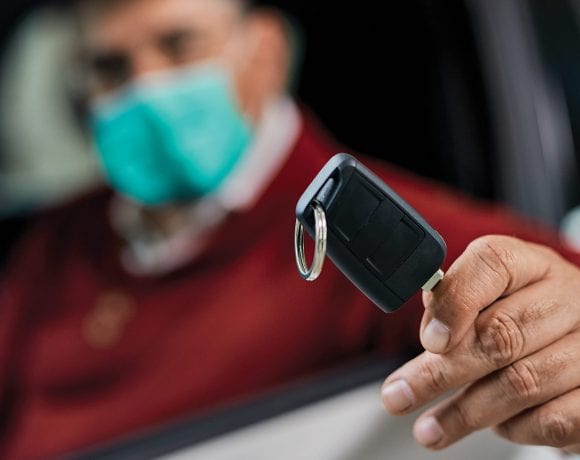