AMHERST — State and UMass Amherst officials broke ground recently on the $62 million Business Innovation Hub at the Isenberg School of Management. The ambitious project will add 70,000 square feet of classrooms, labs, and student spaces, including an expanded career center, advising spaces, and learning commons, as well as faculty offices to the school’s existing facilities.

The project is scheduled for completion in September 2018, with occupancy in January 2019.

The new addition accompanies additional renovation of select spaces within the original 1964 building and the 2002 addition named for Harold Alford. The new and renovated facilities will combine to create a single unified campus for the Isenberg School.

The Boston-based firm Goody Clancy and Bjarke Ingels Group (BIG) of New York is collaborating on the design of the addition, while Dimeo Construction is the contractor. 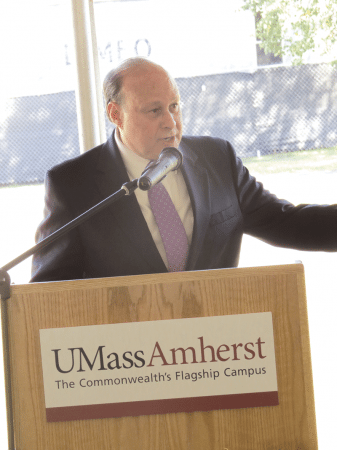 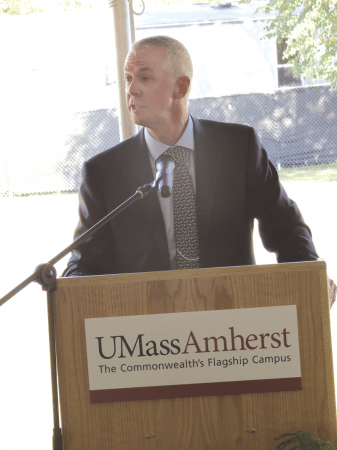 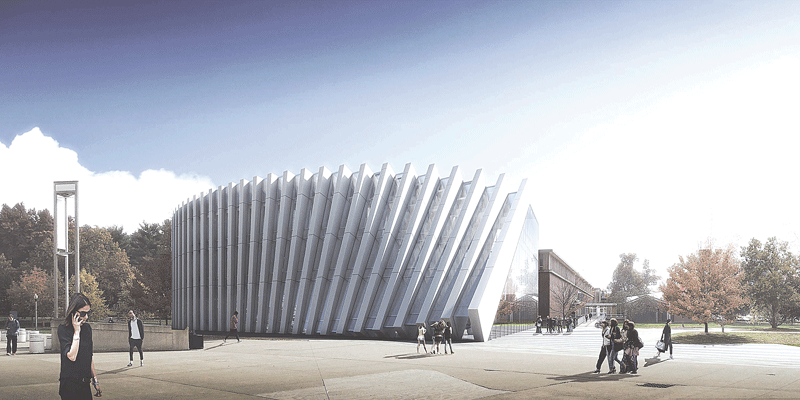 An architect’s rendering of the new Business Innovation Hub.