A Simple, Effective Guide to Public Speaking by Business Owners 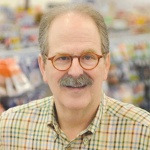 As a longtime business owner in Western Mass., where I run Dave’s Soda and Pet City, I often find myself crisscrossing the country and traveling throughout New England and the Northeast to meet with prospective retailers, distributors, and fellow executives. In those encounters, colleagues may also ask me to perform the one thing almost every person fears and nearly every individual will avoid doing: speak before a live audience.

The anxiety is intense, as you walk on stage and step behind the rostrum, initially blinded by the spotlight and frightened by the silence of hundreds or thousands of invited guests, all of them expecting you to put them at ease, while you speak flawlessly, entertain effortlessly, and inspire listeners with your soaring rhetoric.

And therein lies a serious misconception about the role of a business owner as a public speaker: your job is not to be an orator, summoning the eloquence of John F. Kennedy or Ronald Reagan or Barack Obama; your mission is to be a storyteller, someone who has a conversation with the audience and creates a bond with them.

Put another way, speechifying — the attempt to be a grandiose communicator of presidential caliber, or the effort to emulate the impassioned pleas of a famous coach or general — is a surefire way to fail at public speaking … and a guaranteed means of never delivering another set of prepared remarks.

I write these words from experience; in my role as a member of the Retail Advertising and Marketing Assoc. board of directors, I represent independent retailers alongside vice presidents of marketing for Home Depot, Walgreens, and Target.

All of which means, through a great deal of practice and a desire to make myself feel more comfortable speaking in public, I now know that the best way to connect with an audience is to (surprise!) be yourself by speaking as yourself.

The following tips are a good guide to finding — and honing — your own voice and confidence as a public speaker.

Speak with the Audience, Not to the Ages

A large part of the fear factor is the result of my earlier comment about the unreasonable demands a speaker imposes upon himself or herself.

When I encourage people to know themselves — and to know the respective groups they plan to speak with — I want them to do just that: to discover a mutual interest, a shared worldview, or a general sense of identity, which a speaker can use to capture (and maintain) an audience’s attention.

Resist the temptation to pound the dais and punch or chop the air, as if you are the commander in chief; do not try to do the work of a team of White House speechwriters, punctuating your address with a call to posterity, a summons to greatness, or an order to preserve the republic.

Even if you succeed in doing so — rather, if you mistakenly believe you have succeeded in channeling your inner Winston Churchill or Martin Luther King Jr. — your audience will likely consider you pompous and more than a little ridiculous.

To reiterate: be yourself.

I follow this rule with absolute devotion because experience has taught me that it helps tremendously to have an anecdote — one that you can adorn with humor, or adjust according to the mood of your audience — that is part of a larger story.

For example, when I explain how sending a handwritten note to a major executive, in lieu of drafting a conventional e-mail expressing my appreciation for having met that person, culminated in that individual calling me and thanking me, I not only have a good anecdote, I have a lesson about life, business, and communications.

Search for your own anecdotes — you do have them — and make them flexible enough to fit the spirit of your official topic of discussion.

Conversation Is the Art of Speaking

I return to where I began, emphasizing the value of conversation over speechifying.

A conversation is the true art of speaking.  It is formal while feeling respectfully informal; it is accessible yet invaluable, an intimacy available only to those assembled before you; it is a dialogue billed as a monologue; it is real because its intended response elicits smiles and cheers and laughter and standing ovations.

It is the cure for ending the paralysis and fear of public speaking.

Dave Ratner is the founder of Dave’s Soda and Pet City. He is also a member of the Retail Advertising and Marketing Assoc. Board of Directors, representing independent retailers; daveratner.com.

Do Your Meetings Sabotage Your Profits?

Expo to Offer Insight into Some New Business Language