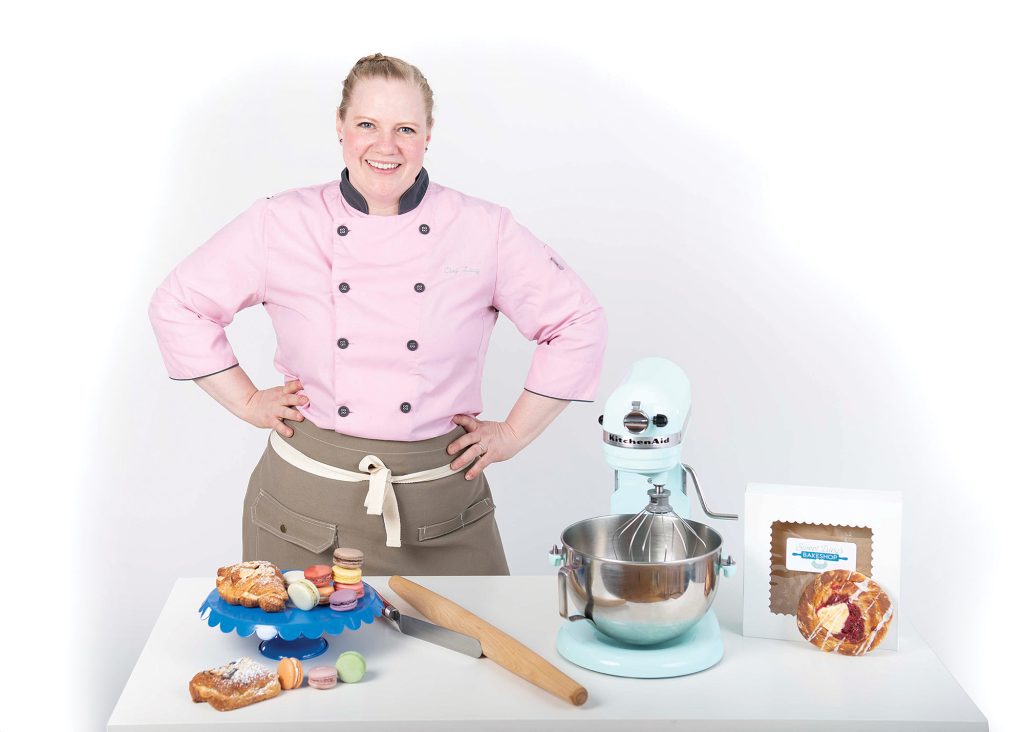 Lucy Damkoehler has always blended (that’s an industry term) her passion for baking with a desire to give back to the community.

But during the pandemic, these twin forces came together as never before, and in a very powerful way.

The program was called Take & Bake Meals. It started small, right after the lockdown in mid-March 2020, with Damkoehler, chef and owner of the suddenly sidelined Sweet Lucy’s Bakeshop in Bernardston, making six chicken pot pies with the belief that elderly individuals and families coping with COVID could use them. Suffice it to say, she was right.

“I had these pies … I said, ‘I’m going to put this on Facebook, and maybe one or two people will want one.’ Within a half-hour, every one of them was sold, and I had 10 more people calling for them,” she said, adding that the pot pies, mac-and-cheese dinners, and other offerings would be dropped off on neighbors’ doorsteps, sent off to colleges, and brought to others in need of quick, nutritious meals. At the height of the program, she was making 50 to 60 meals a day.

And while Take & Bake Meals certainly helped those in the community, it gave a new and improved lease on life to Sweet Lucy’s Bakeshop as well. Indeed, the pot pies have now become a staple for the business, and they have introduced it to new audiences that have become steady clients, enabling Damkoehler to add employees and grow her venture.

Take & Bake helps explain why Damkoehler is a 40 Under Forty honoree, but there is so much more to the story. She started baking at a very young age and took her first job at a bakery in Deerfield. She earned an associate of occupational studies degree at New England Culinary Institute, then moved to New York to work under Claudia Fleming at the Gramercy Tavern. She eventually settled in Washington and spent the next 12 years building her reputation as an industry leader.

Desiring to return home — and fulfill her dream of opening her own business, she launched Sweet Lucy’s Bakeshop. In addition to those pot pies, it specializes in croissants, muffins, scones, cookies, and more.

As noted, Damkoehler is also active in the community, serving on the board of trustees for the Cushman Library in Bernardson. She’s also involved with the Franklin County Chamber of Commerce, Franklin County Community Meals, and Empty Arms Bereavement Support.