It May Be Tax Reform, but It Isn’t Really Tax Simplification 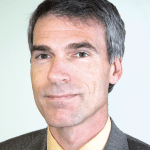 As long as the U.S. has had a federal tax, candidates running for office have promised to simplify and make reforms to the tax code. These promises always fall positively on the ears of the electorate, but often end up on the cutting-room floor.

President Trump campaigned that he wanted to reform the tax code, which, in his opinion, would bring back business, and jobs, to America. In Trump’s opinion, reducing the corporate tax rates would entice American businesses to stay here and not move operations and jobs overseas. Trump also believes that reducing personal taxes that individuals pay would translate into enhanced consumer spending, which is an important element of economic growth. Finally, making sweeping reforms to the federal tax code would also simplify it, and allow for many taxpayers to easily understand and file their own taxes.

True, the federal tax code is complicated. It is hard to read and harder to understand. It may even be unfair or inequitable to some. Its many pages of rules, regulations, and interpretations require many taxpayers to hire professionals to assist them in preparing and filing their required annual tax returns. After all, it is a living document more than 100 years in the making.

But what is this they call tax simplification and reform? Is it something governance does to keep busy between the dog days of summer and the winter solstice? Is it an honest intention to create a simpler, fairer system for all of us to understand and employ? Or is it a necessary act to adjust a system of taxation that will boost our economy and create jobs?

I proffer that it is all of that. The Tax Act signed by president Trump on Dec. 22 is the most comprehensive piece of tax legislation enacted in more than 30 years. Almost all of the provisions began last week, on Jan. 1.

First, let’s address the reforms and simplification of the federal corporate tax laws.

Although not in its truest form, the new law does create, for the first time, a virtual flat tax. Strange how this nomenclature never got any media attention. After 2017, U.S. corporations will now have a flat 21% corporate tax rate, truly reform, which Washington believed would be commensurate with, or at least fairly attractive compared with, corporate tax rates around the globe. Further, the act eliminates the corporate alternative minimum tax, which goes hand in hand with the concept of a flat corporate tax rate..”

Although not in its truest form, the new law does create, for the first time, a virtual flat tax. Strange how this nomenclature never got any media attention. After 2017, U.S. corporations will now have a flat 21% corporate tax rate, truly reform, which Washington believed would be commensurate with, or at least fairly attractive compared with, corporate tax rates around the globe. Further, the act eliminates the corporate alternative minimum tax, which goes hand in hand with the concept of a flat corporate tax rate.

Other notable changes include expanding the bonus-depreciation rules, which, unlike many other parts of the act, became effective for assets purchased after Sept. 27, 2017.  The act also significantly enhances the amount of depreciation allowed on business vehicles, which, prior to 2018, was limited. An interesting non-publicized change was the full elimination of the business deduction for meals and entertainment, compared to the previously allowed 50% deduction.

All of these changes are, in fact, tax reforms, but not necessarily tax simplification. The actual process of preparing a corporate tax return is still complex, with numerous calculations, add-backs, subtractions, credits, etc. that didn’t go away with the act, as well as other sundry forms that are still required to be attached to a corporate tax return.

Since these new changes all took effect on Jan. 1, the real economic effect won’t be felt for years to come. Some pundits argue that many U.S. corporations don’t pay the maximum rates anyhow, and the reason why jobs were shifted over the borders and overseas was because of business opportunities and the lower cost of wages. Others believe that the tax savings will either transfer to shareholders as additional dividends, or, if corporations hold onto the cash, will increase the market value of their stock.

Washington wants us to believe otherwise, suggesting that overall surplus corporate money (saved vis-a-vis lower taxes) will be spent here on economic development and used to hire more people. This may be closer to the truth when you consider that smaller, closely held, and non-public corporations do not necessarily worry about shareholder value, nor have the benefits of tax credits and creative tax accounting that publicly traded corporations may have.

In regards to personal income taxes, there were numerous changes made, but, in the interest of brevity, I will highlight those with the most impact.

Congress did give all tax filers a year-end gift by reducing the personal income tax rates, and brackets thereon, across the board. As an added bonus, the act made no changes in the tax rates for qualified dividends or long-term capital gains, keeping those lower rates in place.

At first glance, the reduced rates and other sundry changes should have a positive impact on almost everyone.

Except for the income tax-rate reductions, the biggest reform in the new Tax Act is the significant increase in the standard deduction that all filers will get. The act almost doubles the amount of the standard deduction, which will result in many taxpayers no longer itemizing their deductions. Some state senators lobbied heavily against putting a cap of $5,000 ($10,000 for a married couple) on the state and local tax (SALT) deduction, and among others, the National Assoc. of Realtors hit Congress hard against the mortgage-interest cap, and the possible change to the tax exemption on the gain on the sale of a home (which didn’t get changed). Thus, the much-publicized debates on the limits on state and local tax deductions and the mortgage-interest deduction became mostly moot points.

Additionally, filers will no longer be able to deduct unreimbursed employee expenses, which, if in excess of 2% of their adjusted gross income, would have otherwise been allowed for other itemized deductions. These few changes alone result in tax-filing simplification for millions of filers because they may now qualify for the traditional short-tax-form filing. Expect the IRS to amend the filing rules for who qualifies to use the short-form 1040-EZ compared to the long-form 1040.

The act has eliminated the personal exemptions, which in 2017 filers still have a deduction of up to $4,050 per person. To help counter the tax hit for this, the act has doubled the child tax credit from $1,000 to $2,000, and increased the amount that was refundable to a maximum of $1,400. This is a good tax benefit to qualified low-income filers with dependents. The benefit to other filers is an increase in the threshold of adjusted gross income before the child tax credit is eventually phased out entirely. This new limit is at $200,000, compared to $75,000 under prior law; for a married couple, these amounts are now $400,000, compared to $110,000 in 2017.

Aside from the adjustment to the standard deduction and the reduced tax rates, most of the other changes are far from simple, nor do they qualify as tax reform. For example, the act has a complicated formula to calculate how much of the child tax credit can be refundable, with specific criteria including what type of earned income qualifies, family size, and maximum income limits. Also, deductions that are allowed on page one of the long form, called above-the-line deductions, are still voluminous, and tricky.

Alternative minimum tax (AMT) is still in play, albeit with some minor increases to the limits thereto. Finally, if you are a shareholder in a flow-through business like a partnership or S-corporation, how you calculate the 20% deductible portion, combined with rules on limitations on owner wages and business type, is very complex.

In the end, how much each person and family saves as a result of all these reforms will vary, until an actual tax return is prepared for 2018.

Included in the Tax Act is the doubling of the estate- and gift-tax exclusion, as well as the generation-skipping tax (GST) exemption. This can also be deemed a year-end gift because, for federal tax purposes, the scope of taxpayers subject to this tax has been significantly reduced. This change alone is pure tax reform.

Call this reform or political posturing (or both); the first major modification of the original Affordable Care Act (ACA) has become law. As part of the Tax Act, filers who do not have health insurance will no longer be assessed the healthcare penalty, otherwise known as the individual shared responsibility requirement, after 2017. Not only will this save some filers money (reform), it will definitely make their tax filing simpler, removing the very difficult-to-prepare Form 8965 from the return.

This article has focused on the new federal Tax Act without taking into consideration the possible impact on your own state income tax. For individual filers, unless you live in one of the last seven states that have no income tax (Alaska, Florida, Nevada, South Dakota, Texas, Washington, and Wyoming), the many changes to the federal tax code will most likely have an impact on your own state taxes.

Many states are ‘piggyback’ states, meaning they take your federal adjusted income as a base, then have various add-backs and subtractions, before getting to their own taxable income. For example, Massachusetts never recognized the principles of bonus depreciation, which results in federal-to-state tax differences. As far as the new federal deduction for flow-through income, it will be interesting if any of the states will allow for that; it may already be provided for under existing state law, or it may take specific legislative action to adopt.

Regardless, you should take into consideration how any of the new federal provisions will impact you on your own state tax return. When in doubt, always consult a professional tax advisor.

By the time the ink has dried on this article and published, the new Tax Act will be law, and government lawyers will be putting the finishing touches on the official final regulations. Interpretations and minor fixes will surely follow, well into 2018.

Many of the new tax-law changes will expire after 2025, so expect that the next round of tax simplification and reform will be here before long.  Stay tuned. 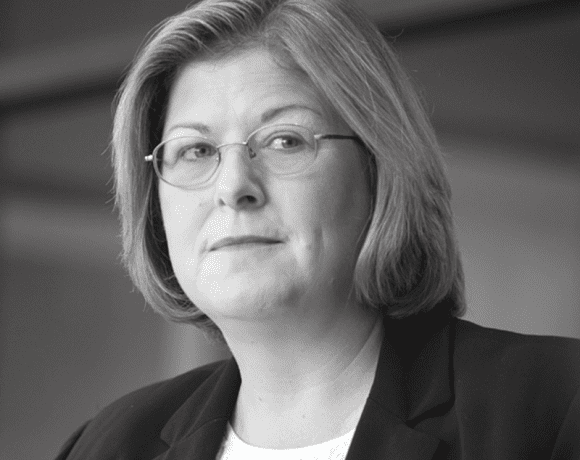