Monson Savings Continues to Prove a Small Bank Can Thrive

Since taking over as president of Monson Savings Bank seven years ago, Steven Lowell has overseen an impressive growth pattern, including striking success in commercial lending and ever-rising assets. He credits that success to a number of factors, from a willingness to embrace technology to a customer-focused culture to an emphasis on financial literacy aimed at making sure the customers of tomorrow are well-positioned to share in the bank’s success.

Five years ago, Monson Savings Bank opened its fourth branch in Ware, to go along with offices in Monson, Wilbraham, and Hampden.

And that’s where the branch total stands today: Four. Which would be a meager haul in one of the big-bank acquisitions that have become so commonplace.

So why is MSB growing at such a healthy rate? President Steven Lowell has a few ideas.

“A lot of people are saying that small banks can’t survive, that they need to be bigger, they need to merge. And we’ve seen some of that. But Monson Savings Bank isn’t just surviving; it’s thriving,” Lowell said, noting that the institution has grown by 7% to 8% every year since he took the reins seven years ago.

“That’s a strong number,” he added, noting that the bank’s assets have risen from $230 million seven years ago to $365 million today.

“People think a bank needs a certain asset size to afford the expenses that every bank has at this point in time,” Lowell said, specifically citing increased regulatory and compliance demands in an industry that’s increasingly heavily regulated. “But we haven’t merged with anyone or had anyone merge into us; we’ve been successful in attracting new customers and developing new relationships.”

We’re performing better than many billion-dollar banks are. We’re living proof that small banks can do it, and do it well.”

He noted that MSB’s return on assets, or ROA — which measures a bank’s profits in relation to its overall resources — was 0.6 last year, while Massachusetts-based banks in MSB’s asset class — $250 million to $500 million — recorded an average ROA of 0.27. Meanwhile, banks in the $500 to $1 billion range averaged an ROA of 0.53 last year, and banks with more than $1 billion in assets averaged 0.72.

“We’re performing better than many billion-dollar banks are,” at least by the ROA metric, Lowell noted. “We’re living proof that small banks can do it, and do it well.”

A few different factors account for that success, he told BusinessWest. First was the determination made several years ago that the strongest market for the bank is commercial lending, and since then, commercial loans have risen from 40% of the total portfolio to around 65%.

“That’s been a significant driver for us,” he said. “We focus on what we do well; we don’t try to be everything for everyone. At our size, we can’t do that. But we know we’re good at commercial lending — and residential lending — and good at providing high-touch customer service. Everything we do goes back to, ‘is this good for the customer?’ We want to make sure we don’t lose that closeness with the customer.”

With all the mergers that have taken place in recent years, he suggested, business owners are looking for a banking partner they know is going to be around, and don’t like it when their loan officer keeps switching.

“We’ve been the beneficiary of a lot of these mergers,” he went on. “And we’ve developed a reputation as a bank that’s easy to do business with. We’re up front with customers and try to be as fast and efficient as we can, and that reputation starts to get around. Now we’re getting phone calls: ‘I was talking to so-and-so, and he raved about you guys, that you’re easy to do business with.’ That reputation is very important to us and has helped us spread our reach much farther.”

He also praised his team, which hasn’t necessarily grown larger — technology has created efficiencies for all banks, and, as noted earlier, MSB’s branch count is only four — but the team is peppered with long-timers who understand the customer-focused culture, a culture Lowell expects to continue to build more organic growth.

Speaking of technology, MSB has consistently been an early adopter of innovations that make customers’ lives easier, from mobile banking to remote check capture. “We’re not large enough to be an innovator — we can’t be creating new software — but we’ve been right there, so as soon as a product is proven, we’ve adopted it successfully,” Lowell explained.

Some recent products speak to that success. Mobile check deposit allows far-flung cutomers to make deposits from home or anywhere else, on weekdays or weekends.

“Not only our retail customers, but our commercial customers are very comfortable not having a branch within five miles,” he noted, adding that these capabilities have allowed customers — such as a landscaping company on Cape Cod — to access services without needing a physical branch.

“We’re not marketing ourselves on Cape Cod or in the Boston area,” he noted, “but if someone has ties to Western Mass. and wants to do business in one of these areas, we can accommodate them, and they love that.” 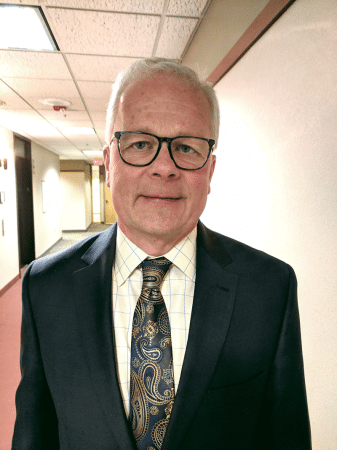 Steve Lowell says customers appreciate MSB’s stability at a time when many other small banks have merged or been acquired.

Another recent product, the CardValet mobile app, gives users complete control of their debit card, so they can essentially shut it off between uses, or if it goes missing. “There’s so much fraud in the world, and cybersecurity is a big concern,” Lowell said. “This is a great product, and we don’t charge for it; I think it’s going to be big.”

A new loan product marries the bank’s well-known financial-responsibility messaging by marrying a deposit account and a secured loan, the latter of which is deposited into an account accessible only when the loan is paid off. “From the bank’s standpoint, there’s no credit risk, and the customer is building credit, whether it’s for a down payment on a car or a first month’s security deposit. It’s a good product for people who are just starting out or running into issues trying to re-establish good credit.”

It slots well into MSB’s continued focus on financial literacy, which ranges from its Dollars & Sense program in elementary schools to workshops for college students and community members. A survey conducted by the National Foundation for Credit Counseling shows that 40% of the public would grade themselves a C or worse when it comes to their financial literacy, and that lack of knowledge can lead to poor financial planning and hurdles when it comes time to seek a loan.

“Financial literacy is really important to us,” Lowell said. “Day in and day out, our staff see people they have to turn down for mortgage loans, and they don’t like doing that; it’s not a fun part of the job.”

With that in mind, he went on “we’ve come up with ways to talk to people and help them improve their financial lives, whether it’s how important it is to build credit or how not to get in trouble with credit-card debt, or the importance of saving for retirement and contributing the most you possibly can to your 401(k), and paying yourself before paying others.”

Lowell feels like today’s parents, for whatever reason, don’t like talking about these matters with their kids, and when the kids grow up, they haven’t developed a comfort level, and may be at the mercy of predatory credit companies that aren’t looking out for their best interest. “It’s important for us to be talking about that so they know how to manage money and get into a good place.”

That Monson Savings Bank puts resources into these educational programs says a lot about its desire to be a complete community resource in the towns it serves, and to continue adding products and services that customers want.

“I believe one of our strengths, because of our size, is that we can be really nimble,” he said. “We’re able to come up with new initiatives and new products a lot quicker than some of the bigger banks. We don’t have quite the amount of red tape most banks have to deal with.”

One example, he noted, is MSB’s newest initiative, a foray into municipal banking. Since appointing an officer to lead that effort six months ago, the bank has posted $10 million in municipal deposits. “That decision was made because somebody very good became available, and we saw it as a growth opportunity that presented itself, and we didn’t want to lose that opportunity.”

Monson Savings Bank has invested in the community in other ways as well, most notably through annual donations to various nonprofits, which totaled more than $130,000 last year.

The year Lowell arrived, MSB launched an initiative to ask the public for help in selecting some of the nonprofits that would receive funding. The bank solicits nominations on Facebook and through other outlets, and the top 10 vote getters receive donations. More than 300 organizations received votes last year, and the top 10 were given grants between $750 and $2,000.

“People get really excited about it,” he said. “And I think community philanthropy is really good for business, and that has helped us be successful. We sponsor sports teams, we’re involved in most of the school systems, giving them money for various programs, we give some scholarships … people appreciate that.”

They also appreciate efforts by bank leadership to be accessible, he went on.

“We send a newsletter to all our customers, and my e-mail is on that newsletter. I give out my direct phone number to customers all the time. I’ve even given out my mobile number on the weekend. I think the accessible reputation of the bank is very important to our commercial customers in particular.”

Lowell said an emphasis on accessibility extends to the employees as well.

“Sometimes the people with the best ideas are the people on the front lines, so I’m talking to them, but I’m also asking what the customers are saying,” he told BusinessWest. “When a customer takes the time to send me an e-mail or give me a call because he’s not happy with us, that’s important for me to hear. Some of the best ideas come from a customer saying, ‘you guys did this, and I didn’t like it,’ and we’ve ended up changing it.

“I’ve had really good input from customers who were unhappy or felt we fell a little short,” he went on. “I’m convinced that’s how you get better. We’re in a competitive environment, so if you’re not getting better all the time, you’re losing ground — and we can’t afford to lose ground.” 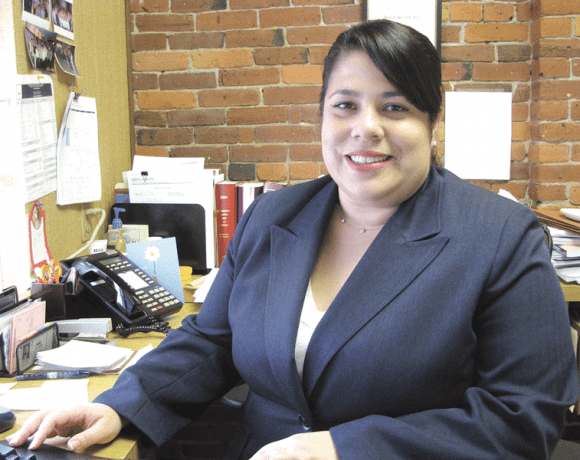